AstraZeneca’s new global headquarters and R&D centre in Cambridge will be a “phenomenal place to work” and can help the UK life science sector to flourish, according to Dr Mene Pangalos.

As the Cambridge Independent was given a tour of the £500milion-plus building, he told of the anticipation among staff, the company’s drive towards collaboration and how the goals of industry and academia can be aligned for mutual benefit.

“Anticipation is high,” says Dr Pangalos, a member of the company’s senior executive team. “It’s going to be incredible. I can’t wait to get in there.”

It was the opportunity to work more closely with the Cambridge eco-system that prompted the biopharmaceutical firm to relocate here, and with most of its UK staff having arrived, the benefits are already being seen.

“The good news is we’ve got almost all of our people in Cambridge. The bad news is we’re scattered across eight or nine sites so we’re fragmented as an organisation,” says Dr Pangalos.

But while this is not ideal from an “AstraZeneca simplification” point of view, being “really well spread across Cambridge” has helped to integrate the staff into the area, opened up many networking opportunities and enabled them to “collaborate with lots of different people”, Dr Pangalos noted.

“When we get into the new building, one of the benefits is that it will be simpler and all of our groups will be together,” said Dr Pangalos, who was previously responsible for the company’s Innovative Medicines and Early Development (IMED) Biotech Unit, and now heads up the R&D unit for biopharmaceuticals.

The new building on Cambridge Biomedical Campus, now scheduled to open in 2020, is being fitted out by Mace.

“The building has been delayed but we want to make sure we get it right. We are well situated in that we are not taking a hit in terms of productivity or our ability to do research,” said Dr Pangalos.

“We’re working very hard with Mace. I was with the CEO of Mace recently talking about the progress and what we need to do. We are getting it ready as fast as we can. It’s going to be an amazing place to work.

“We’re surrounded by amazing science, medicine and people. It’s a privilege to be part of it and to be able to do our bit, help our community, the life science sector and the eco-system here thrive.”

The new AstraZeneca building will further cement the reputation of Cambridge Biomedical Campus as Europe’s leading centre for biomedical research.

“In terms of many of our partners, we are going to be on the doorstep,” says Dr Pangalos. “We can walk across to the Laboratory of Molecular Biology, to Addenbrooke’s, to the Milner Institute or to the Cancer Research UK Cambridge Institute. It’s going to be a phenomenal place.

“It’s also going to be an open, porous, collaborative place where people will be able to come in. It will firmly establish dus as an amazing partner for academia in Cambridge and the UK.”

AstraZeneca’s new HQ could come to symbolise the new era of biomedical research, in which academia and the pharmaceutical industry are drawn closer together than ever before in a spirit of openness.

“I’ve really tried to push this,” says Dr Pangalos. “Pharma companies have in the past, and some continue to, hide behind the idea that this is secretive and confidential because they’ve got to protect their IP. While we still make sure we protect our IP where it’s appropriate, many of the things we work in are much more powerful in collaboration rather than isolation.

“If I want to recruit and work with the very best scientists, the best way to do that is to be open and share our data, be porous and give back as much as we take.

“If you look at the types of partnership we’ve created – whether that’s in Sweden or Karolinska, or at the LMB, or the CRUK Cambridge Institute, or Tufts University in Boston – we try wherever we can to colocate people so we have our scientists working side-by-side. We make our sites and science accessible to people. We ensure we publish our work whenever it’s appropriate in as high-calibre a journal as possible.We’re trying to make sure people view the quality of our science as being second to none.

“Our culture of being porous and collaborative is something we’re proud of and it’s now become inbuilt and ingrained into our DNA.”

AstraZeneca recently announced a new Functional Genomics Centre with Cancer Research UK Cambridge Institute. It housed its nuclear magnetic resonance laboratory at the MRC Laboratory of Molecular Biology when moving it down from Alderley Park, and it has made breakthroughs with the LMB using cryo-electron microscopy.

“When you see that we’re working with half of the PIs at the LMB, that still amazes me,” says Dr Pangalos. “The LMB has traditionally been an incredibly prolific organisation, in terms of the calibre and quality of the scientists and the innovation from that group.

“But historically it has been quite insular and not particularly open to collaboration with pharma. The thought that we’ve been able to come into the LMB, share ideas and data and find areas of mutual symbiotic interest and collaborate with so many of the senior scientists, is remarkable. 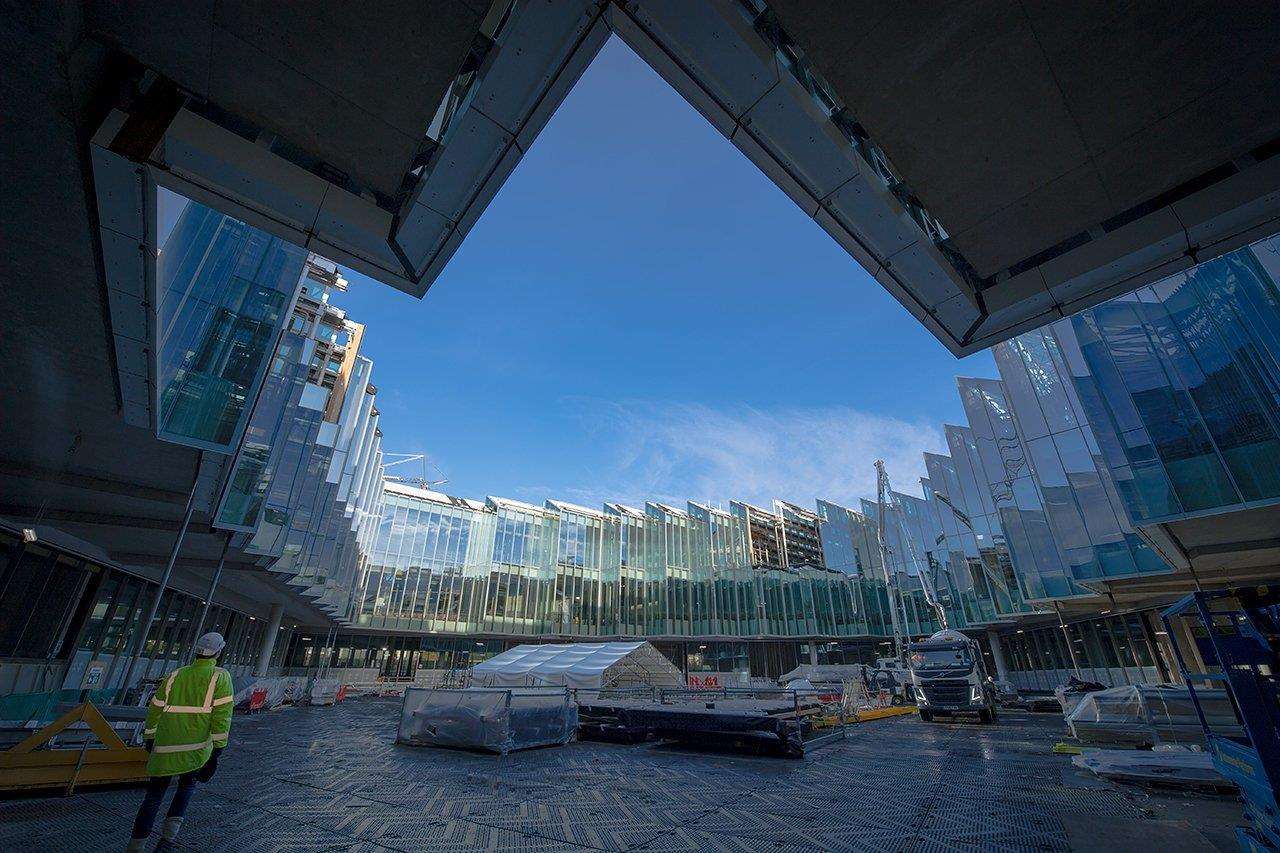 “The more of this you do, the stronger the relationships become and it fuels future collaborations. I hope we’re doing that across Cambridge. I think we are and I think we’re doing it outside of Cambridge.”

For some, the thought of academic interests becoming intertwined with commercial ones may prompt unease. But Dr Pangalos says the spirit of discovery is a uniting force.

“Our goals are pretty well aligned already,” he suggests. “There are goals around improving technologies or capability and then there is taking science and turning that into application, whether that is medicine or certain biological understanding.

“There are areas where the overlap is non-existent and we’re going to go off along our independent ways but in the areas we’re interested in – cardiovascular disease, kidney disease, respiratory disease, cancer, diabetes – and in the technology areas that we’re interested in, like gene editing or genomics, there is lots of room to collaborate.

“Many of our funding institutions, whether that’s the Medical Research Council, the BBSRC or the Wellcome Trust, are interested in applying the science they fund and working out how to generate value from that, whether it be technological innovation, starting new biotechs or turning some of the biological science into something that can be applied to treating a disease.”

“Our role is to turn science into medicine but it’s also to be a great scientific partner for our partners and to help make life sciences great in the UK and to help AstraZeneca be successful,” concludes Dr Pangalos. “It’s about symbiotic relationships where everyone benefits from the partnerships.”

How AstraZeneca's tunnel beneath Cambridge Biomedical Campus was built