The technology used to monitor street activity on Mill Road and around the Grand Arcade will be put to use on the Fendon Road roundabout to assess traffic flows near Addenbrooke’s Hospital, say the project’s stakeholders – but is unlikely to be deployed city-wide.

With the results of the study, which looks at the movement of vehicles and people, due by the end of the year, Smart Cambridge’s programme manager Dan Clarke has downplayed expectations because the Mill Road trial proved problematic.

“When the Mill Road bridge was closed it was an opportunity to understand the impact on the surrounding network of roads, including people walking and cycling data, so we could see if there were more pedestrians, how traffic adapted, and the city council did their air quality work at the same time,” he told the Cambridge Independent. “However, it wasn’t easy. During that time there was a serious fire, and all these gas works started happening on Mill Road, and it turned into a bit of a nightmare.

“We’re looking at the data now. It will give us broad trends. The data is completely anonymised and open, it’ll be available on the Cambridge Insight Open Data platform. The initial findings will be published soon.”

The closure of Mill Road earlier this year to allow for rail works under the bridge, was bad for local traders too, with Shapour Meftah, chair of the Mill Road Traders’ Association, saying: “We found that the impact from the Mill Road bridge closure to traffic caused a significant loss in takings, from 25 per cent up to 60 per cent.” So not a great start...

There were 15 sensors deployed for the Mill Road assessment, and eight for the streets around Grand Arcade. The technology is based round a low-resolution camera which identifies not only when something crosses its path, but also what sort of object it is – whether a car, van, bus, HGV, person, bicycle or taxi.

Meanwhile Smart Cambridge is keen to point out that no personal data is captured – and no one’s faces are filmed. 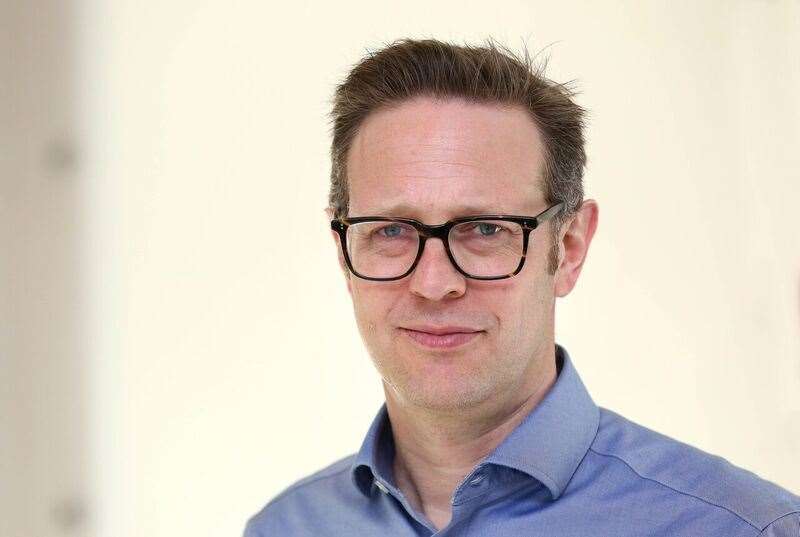 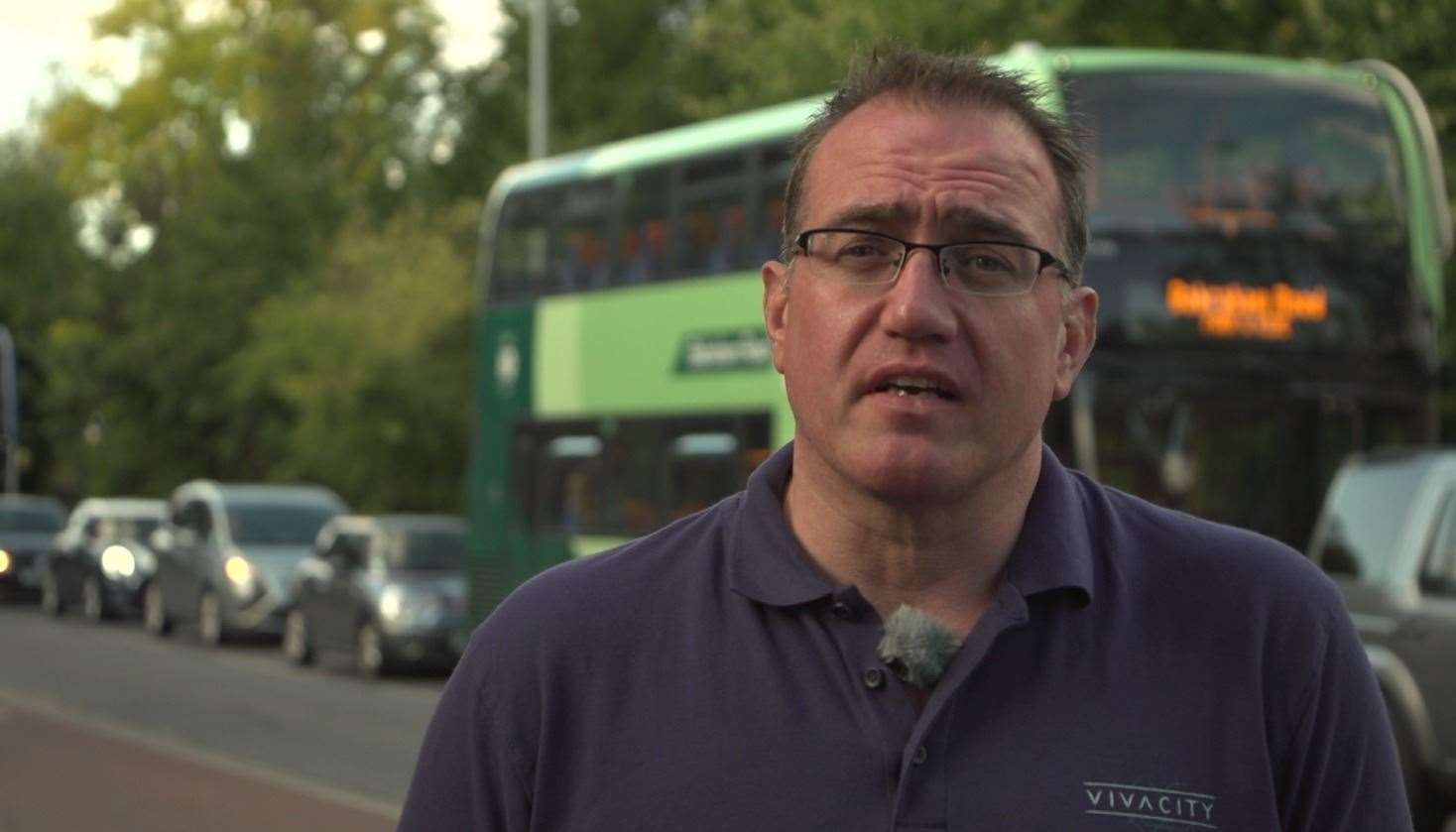 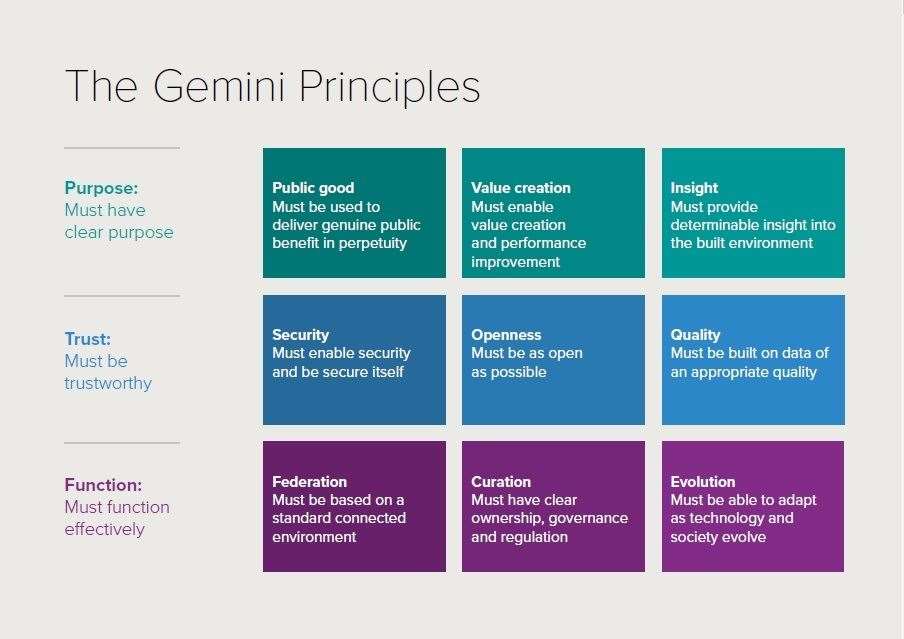 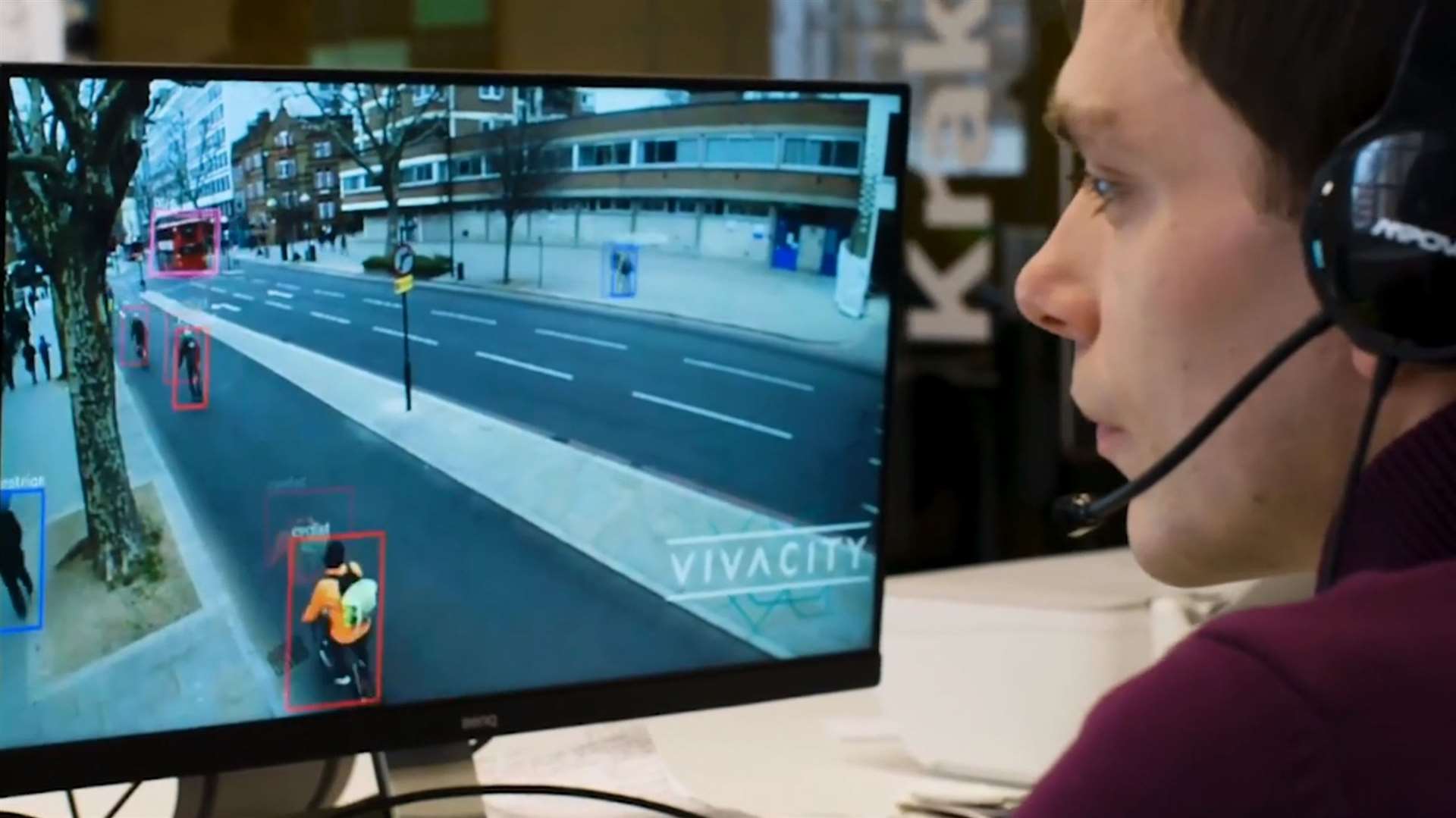 “It’s a low-res camera,” explains Dan, “so we know you are a person, it counts you and then the data is deleted, only the count is forwarded. We wouldn’t make any video image available to third parties. We couldn’t, as all the processing is done on the sensor, and the images are deleted on the camera.

“The camera-based sensors are being moved to the Fendon Road roundabout – the reopening of the new roundabout is due next April or May but we hope to have the cameras up in the next few weeks around the site.”

The sensors were built and installed by Kentish Town-based Vivacity Labs, whose business development director James Hill says: “The Vivacity system is unique. One sensor enables us to classify, count, record speeds, and also track path data, so we can see the interactions between pedestrians and cyclists and road traffic.”

“The sensors we manufacture in our Milton Keynes workshop,” explains James. “We use an off-the-shelf camera and lens, the data goes into processes we designed and built, and then out via a dongle using 3G or 4G networks. The event happens in the sensor and it’s all GDPR-compliant. The data is on a SIM card, all the information is processed in the sensor and anonymised.

“The complicated part is machine learning to recognise a shape, whether it’s a car, a van, a bike or a pedestrian, and over time it gets more and more accurate. It doesn’t look at faces or keep number plates, and we don’t want to go into facial or number plate recognition. We use a type of ANPR (Automatic Number Plate Recognition) where the number plates are masked.”

Vivacity’s largest programme has been in Milton Keynes, where 450 sensors “from the ring road in” monitor traffic, but this has largely focused on the roads not the movement of pedestrians/cyclists. Some councils using Vivacity’s sensors are planning to set up apps relaying traffic information to drivers’ mobile phones, but we’re not there yet in Cambridge.

The company’s video analytic sensors measured an accuracy rate of between 97 and 99 per cent in tests conducted by Transport for London and Highways England. Projects under way in Leeds and Exeter have shown that Vivacity Labs’ sensors can be used in conjunction with existing CCTV technology, making it a relatively low-cost solution for large cities and conurbations. No human monitoring is required. The sensors are also being trialled in projects in Helsinki, Antwerp, and Dubai, with a scheme also due to start in Manchester.

Data is being generated at a phenomenal rate as digitisation proceeds, and the guidelines for how it can be used are being bolted on as events unfold.

To be fair, many organisations are now identifying how to use data – and how to protect the public from misuse. The Centre for Digital Built Britain (CDBB), which is affiliated to the university, says that “greater data sharing could release an additional £7billion per year of benefits across the UK infrastructure sectors, equivalent to 25 per cent of total infrastructure spend”. So it’s worth getting deployment right.

To reassure the public that the use of this data is legitimate, the CDBB published the first output of its Digital Framework Task Group, The Gemini Principles, in December last year. The group has brought together stakeholders from government, industry and academia to build a consensus on definitions and values, and to ensure that all data collection is for the public good.

“These principles are effectively the conscience of the information management framework,” says a CDBB spokesperson. “Enshrined in these values is the notion that all digital twins [a digital twin is a digital replica of a living or non-living thing] must have a clear purpose, must be trustworthy and must function effectively.”

In Cambridge the connectivity required to, say, adjust traffic light signals in real-time according to data from each location, is quite a way away. With 33,500 new homes planned in Cambridgeshire in the next 15 years, congestion is going to worsen, but there’s no immediate city-wide smart solution on the cards - though that's pretty much the same everywhere in the UK today if we're honest.

“It’s early days for us,” says Dan. “We’re expecting to find out what data can give us, there’s no suggestion of a bigger deployment as there has been in Milton Keynes. There’s lots of different ways to collect data, so we’ll take the appropriate route. The reason for doing it is it helps us to manage people’s journeys better. We have to think very carefully about what the appropriate deployment of the cameras is. The first city for full deployment is Manchester and we’ll look at what happens there and maybe deploy the cameras further.

“The important thing is that there are other methods of collecting data – mobile phone companies will sell you data, Google will sell you data – but importantly for Cambridge, none of them gives you cycling data and that a really crucial part of the Cambridge transport system.”