Faradair is relocating its headquarters to Duxford, where it will continue developing the world’s most environmentally-friendly airplane.

The unique bio electric hybrid aircraft (BEHA), scheduled for its maiden flight in 2023-24, is described as a ‘flying van’ that will enable quiet, green regional air transport for all.

The short take-off and landing (STOL) aircraft - it will only need only a 300m runway - will be capable of carrying 18 passengers, with “whisper quiet” propulsion and a carbon neutral footprint.

With its triple box wing design and lightweight carbon composite materials, it will offer a 1,150-mile range, flying at up to 14,000ft.

With a cruising speed of 230mph, it could fly from London to Manchester in 42 minutes - high-speed rail HS2 would take one hour and eight minutes by comparison.

And within 15 minutes it can change from carrying passengers to cargo, meaning the aircraft is expected to suit for a range of roles throughout the world.

Faradair’s move is made in collaboration with the Imperial War Museum Duxford and Gonville & Caius College, which owns the neighbouring land. The company, previously based in Cirencester, Gloucestershire, becomes the first to join the University of Cambridge college’s Duxford AvTech development, designed to create an aviation research and development facility at the famous airfield location.

Faradair managing director Neil Cloughley, who formed the company in 2014, said: “Moving to Duxford Airfield is a dream come true for us at Faradair. We are so excited by the opportunity ahead of us, made possible by the fantastic and enthusiastic staff at the Imperial War Museum Duxford and Gonville & Caius College.

“Covid‐19 has highlighted the global opportunity for cleaner, quieter skies and more sustainable forms of transport, a vision our company has championed for many years now.

“It is such a privilege to be able to now call Duxford ‘home’, a site I have visited countless times as a child and even flown a vintage Tiger Moth from the venue more recently. IWM Duxford will now not only be a site of historical significance but also a site on which to showcase the ‘future’ of aerospace.

“We will create jobs and inspire the thousands of school kids that visit every year, to take up STEM subjects with clear future employment opportunity with the company.

“In addition, the opportunity to work in the innovation environment of Cambridge and with a college that has a superb plan for the Duxford Avtech development, is a genuine honour for us and we look forward to meeting local officials and potential new partners in the Cambridgeshire region.

“Whilst the aircraft will provide a viable alternative to overcrowded and overpriced trains today in a civilian role, this sustainable utility aircraft will also perform non‐civilian roles, providing increased capability, for better value operations.”

Faradair’s move is seen as a rebirth for UK regional aircraft manufacturing. Inspired by unmanned aerial vehicle technology, it is working on three models:

John Brown, IWM executive director for commerce and operations, said: “The relocation of Faradair to IWM Duxford presents us with a fantastic opportunity to look ahead to a new Duxford that not only cherishes its rich history as a former RAF station, but also embraces pioneering developments in aviation.

“The historic site has a tradition of innovation and research, having been the first station to receive the Supermarine Spitfire in the Second World War, and this latest announcement exemplifies our desire to be an organisation which looks to our future as well as our past.”

Gonville & Caius College senior bursar Robert Gardiner added: “With the support of IWM, we have put forward a plan for a centre of excellence for UK aviation based on college land at Duxford.

“Soon after the invention of flying in the 20th century, some of its land became the airfield here. The 21st century requires aviation to be more efficient and carbon‐neutral and to help de‐congest transport generally. The AvTech plan for general aviation, of which Faradair is an important first step, is aimed at just that.” 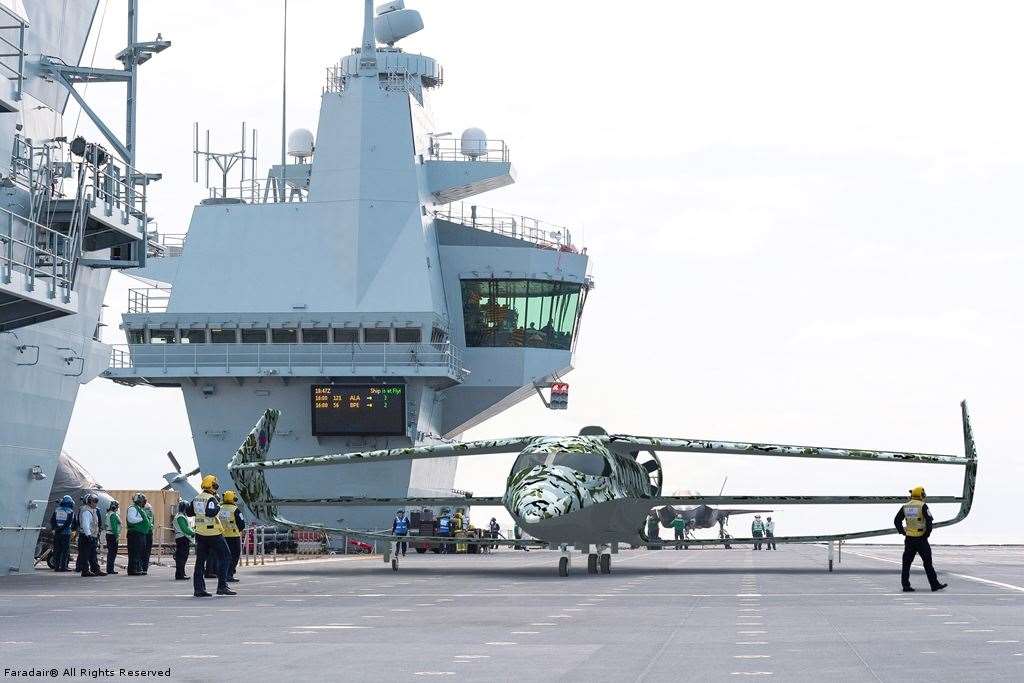 Sign up to our weekly newsletter for a digest of the latest business news direct to your inbox.

New hotel to be built at Imperial War Museum in Duxford