Fin Boys is now up and running on Mill Road in Cambridge, offering fish-based sit-down meals or snacks in either an indoor or on-street setting.

The premises, which includes a butchery and a deli as well as a restaurant, is the brainchild of Richard Stokes – Gordon Ramsay’s F Word finalist and owner of Guerrilla Kitchen and Keyston’s Pheasant – and Jay Scrimshaw, who helmed The Three Horseshoes in Madingley for 25 years and was head chef at Parker’s Tavern for two.

The Fin Boys concept was first mooted late last year: earlier this year the 2 Mill Road premises were refitted to include a fish counter – like a tapas counter – for an initial opening in May, with the full reopening earlier this month, as Richard explained when I popped in for a house salad (delicious).

So what is it like running a restaurant on a busy Cambridge street?

“The traffic’s not nearly as bad as we thought it would be,” Richard replies. “Neither Jay or I had run a shop before, so it was interesting to see how we would cope. There were three of us to start with, now it’s six full-time and four part-time.”

The chefs are all full-time, while the (part-time) front of house staff rotate.

“It’s a different dynamic from cooking the food because you’re being with customers all the time, you have to factor that in. Jay and I reckon we spend about an hour or so a day talking. There’s definitely been a bit of a pick-up in the last three weeks.”

No one has done what Jay and Richard are doing in Cambridge before – a seafood market with a tapas counter – and sticking to a plan during 2021 is already an incredible achievement.

“The fish counter and deli opened with grab-and-go on May 7,” Richard says. “We did lunches from June 1, so we were opening incrementally. The outside seating area opened on June 1 – there’s 28 seats inside and 16 out here: you don’t have to book to be outside.”

Fin Boys is open Wednesday to Sunday from 10am to 4pm, with lunch served from 12pm to 3pm.

“Shutting Monday is a no-brainer but we found out Tuesday is quite a quiet day too,” Richard says. “Plus the inshore fishermen we use aren’t all back yet.”

The shop reopens for dinner at 6.30pm.

“It includes a ten-course tasting menu,” says Richard. “There’s a full wine list – we get our wine from Cambridge Wine Merchants and Liberty Wines in London. 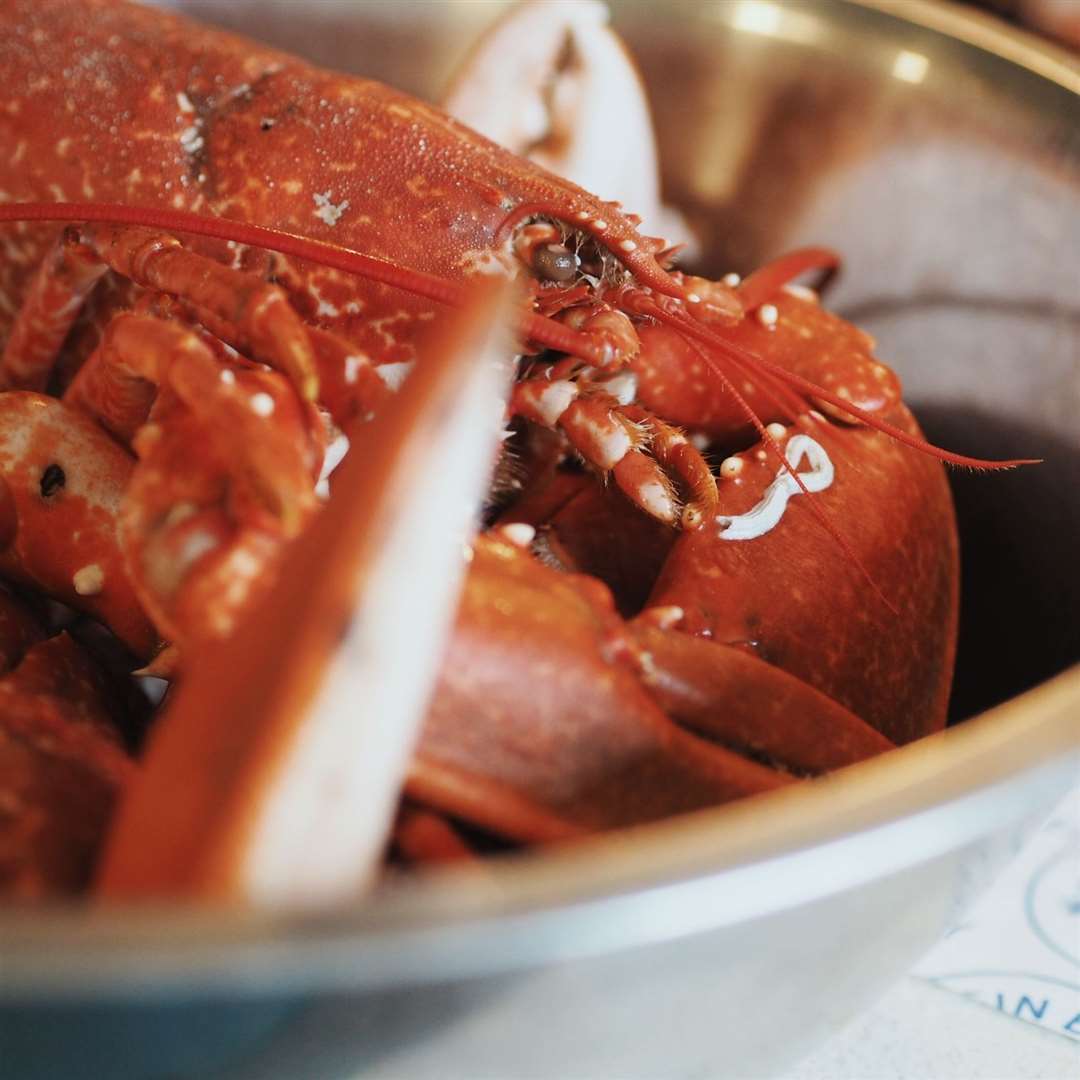 “We started opening for dinners three weeks ago, on June 26. We change the menu every day: the dinner menu is written at 4pm for a 6.30pm start. The dinners have been good. “

And what of the great Mill Road Bridge debate, has Richard got a view?

“We’ve had people canvassing saying there should be access over the bridge for local home owners and businesses,” he says. “I do worry about the area, it’s not as if we’re thinking ‘we’re all right Jack’ at this end.”

The £8 house salad is delightful especially the Cornish tern sauce.

“We sell so much tuna here,” Richard remarks. “It’s basically a salad to carry the fish.”

For those looking for a home delivery there are four Fin Boys boxes available via Click It Local – a shellfish box, a deli box, a BBQ box and a filleted fish (box: each has all the sauces and butters you need to get going in our own kitchen. Also available: a goan fish curry meal kit, and an oven-ready fish pie, and the Fruits de Mer of course.

“We’ve got enough on really,” says Richard. “Lunches has been busy and the dinners have been good, so we’ll see how it goes from here.”