Interface for ventilators designed and built in Cambridge

Nuffield Road-based Graphic Art has now ramped up production of ventilator interfaces in a life-and-death challenge to meet demand during the coronavirus pandemic.

The company has two teams working on the ventilator parts: one team of seven is working on producing the interface – which involves screen-printing on to plastics – and the other team of nine is in the on-site factory assembling the components.

The completed units are then shipped to a company in Ireland for installation in the finished ventilator.

“Our biggest demand at the moment is for the control panels that are used to operate the ventilators,” says studio manager Tony Fordham. “We print the front fascia, and manufacture the ancillary parts which are then assembled on to a PCB, these are used on the front of the unit. They are then shipped to Ireland to be completed. Obviously it is imperative our interface works correctly to operate the machine.”

Graphic Art was established over 50 years ago as a silk screen printers and currently employ 35 people in the factory at the Trinity Hall Farm Industrial Estate site. In the early 1980s it diversified into the instrumentation market, being one of the first in the UK to manufacture conductive silver membrane switches - the push buttons and associated circuits of the kind Clive Sinclair wanted for his iconic Sinclair ZX Spectrum. Today, it employs 35 people, with two teams building the ventilator parts - this week it is building 10,000 interfaces for a single order. 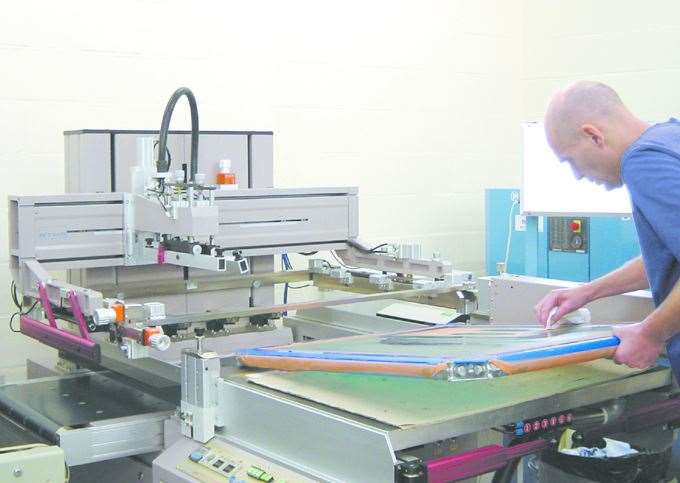 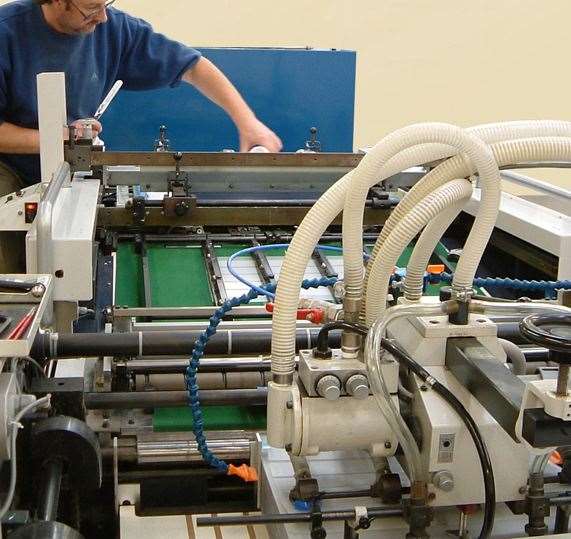 “There’s seven working in the ESD room - the electro-static device room,” Tony says, “although it is more awkward with social distancing, but that’s the assembly, the print part is done by nine people in the factory here.

“The fascias and any associated circuitry are screen printed onto polyester and then embossed and cut out before being assembled and completed in the ESD room.

“Some versions require full circuit switching and a printed, embossed overlay while others have an user graphic assembly mounted directly onto a PCB.

“We also offer an anti-microbial material or coating which is used extensively in medical and food preparation environments. With the advent of the Covid-19 virus we have seen a dramatic rise in demand and has seen us concentrate our team efforts into urgently stepping up production.”

There are two ventilator parts options, one for a low-end product and the other for a full-blown life support system with a ventilator, explains operations manager Patrick Hull.

“Of recent months the demand across both types has risen by 300 per cent for the more low-end option, and 700 per cent for the other one,” says Patrick. “Our model for use in intensive care units, so it’s not just oxygen, it’s a sophisticated life support machine.”

The team knows it is doing valuable work, alongside other Cambridge companies also working hard to deliver the life-saving medical devices.

“Our staff are recognising there’s a job to be done,” adds Patrick. “They’ll cope, as long as they don’t get ill.”

“Before coronavirus, we were probably building 10,000 units a year but now we’re doing that sort of volume in effect every month,” concludes Tony.