The chairman of NHS England, Lord Prior of Brampton, officially opened the new global headquarters of robotics company CMR Surgical today (Wednesday) - and praised it as “a great example of British engineering excellence”.

The company behind Versius, a next-generation robotic system, is now based in 55,000 square foot premises at Evolution Business Park in Impington.

It expects to have the robot - which was available for guests at the opening to try out - in place in hospitals in the UK and continental Europe within the next 12 months, performing minimal access surgery that improves patient outcomes and reduces recovery times.

International expansion will follow as the company completes regulatory milestones and scales up in a market expected to be worth $20billion by 2025.

Lord David Prior’s presence was an indication of the company’s aim to encourage the NHS to adopt Versius, which is designed to be smaller, more flexible, easier to use and - crucially - more affordable than existing surgical robots.

Martin Frost, CEO of CMR Surgical, who won CEO of the Year in the Cambridge Independent Science and Technology Awards, said: “Our new global headquarters are an important symbol of the scale of our mission – to enable millions of people to get the right type of surgery.

“I thank Lord Prior for opening our offices. I believe our aim to make surgical robotics accessible for all is well-aligned with the purpose of the NHS.

“As a company we are on an exciting journey and I look forward to the introduction of Versius to health systems worldwide.”

“It is fantastic that we now have such a major player in the UK, at Cambridge. They are a great example of British engineering excellence, inventiveness and entrepreneurial ambition.”

The majority of CMR Surgical’s 300 staff are now based at Evolution Business Park, but the company has also opened small offices in other countries to match its ambition to grow across four continents.

The Impington headquarters are home to CMR Surgical’s engineers, as well as everything for the final manufacture, assembly and testing of Versius, and the company’s growing commercial, clinical and business operations teams.

The opening represents another chapter in the company’s extraordinary history.

It was founded in January 2014 by Martin Frost, Luke Hares, Keith Marshall, Paul Roberts and Mark Slack after they spotted the opportunity to improve how minimal access surgery was performed.

One robot occupies a footprint of just 38cm x 38cm - meaning that it is both portable and easy to accommodate in modern operating theatres.

And it is designed to be affordable for a general hospital, with a managed-service model removing the need for large capital outlays.

The company has grown at great speed, occupying multiple buildings - some as humble as a portable cabin, with its main base at Crome Lea business park off Madingley Road on the outskirts of Cambridge, before its new premises were built. 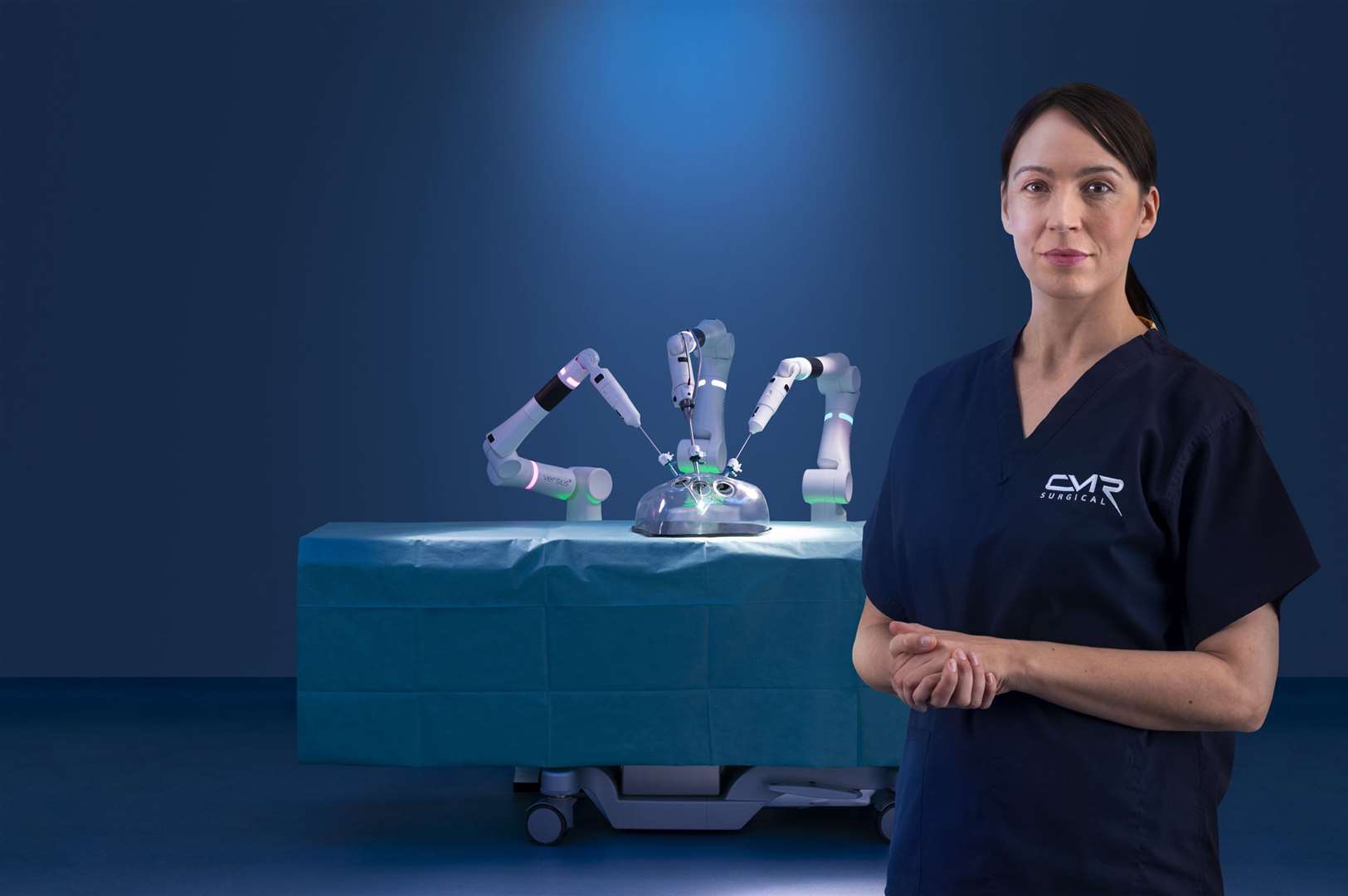 It raised $100million in Series B funding last year - the largest ever fundraising by a European medical device company at that stage - and has raised $150million overall.

Thanking staff, the “many talented surgeons” who have helped CMR Surgical develop the robot and the shareholders who have funded the company’s growth, Martin told those gathered at the opening that the company’s mission was “to transform surgery - for good”.

He added: “If I think about the journey before the company even started, that was a journey via founders’ kitchens, front rooms, pubs, church vestries and creches.

“But the hardest part, you won’t be surprised, still lies ahead of us.

“From a pig shed to a purpose-built facility in Cambridge, this has been quite a journey, only part one of which is now over.”

CMR Surgical recruits the next generation of talent