‘Selfless’ Camcab boss thanked by Lord-Lieutenant, praised on The One Show

It’s been quite a month for Camcab founder Rowhi Nemer, whose contribution to the community has been recognised with a tribute on The One Show and a personal letter of thanks from Julie Spence, the Lord-Lieutenant of Cambridgeshire.

As described in the Cambridge Independent in March , Camcab’s effort to ensure that NHS staff have been able to get to work, that vulnerable people get free taxis for shopping, and his insistence that all his staff remain on the payroll - plus deliveries of thousands of free bottles of water to front-line workers in the area - helped keep the wheels of the local community turning at the very time when they looked about to seize up.

The ‘One Big Thank-You’ segment of The One Show saw colleagues, NHS workers , drivers, charity workers, members of the community and paramedics from East Anglia Air Ambulance nominate him for his selfless hard work and generosity.

Describing the set-up, Rowhi spoke of the moving occasion: “At times we were providing more than 100 free taxi services a day for NHS doctors and nurses,” he said of the darker days of lockdown, “but I love my community, I’ve been lucky I’ve made money after the first couple of years.”

Of his staff, he said: “I couldn’t let them go, I remortgaged a property to keep going actually, but I couldn’t walk away, I just couldn’t. We’re now back to 50 or 60 per cent of the trade we had, so it’s okay, as long as we’re okay I’m fine, this is everybody’s fight and we have to do all we can do to keep strong, because we have to be stronger than the virus. Life is to be lived.

“I said to the team: ‘What happens to you happens to me, even down to the last penny of my money’, so they kept the same wages. 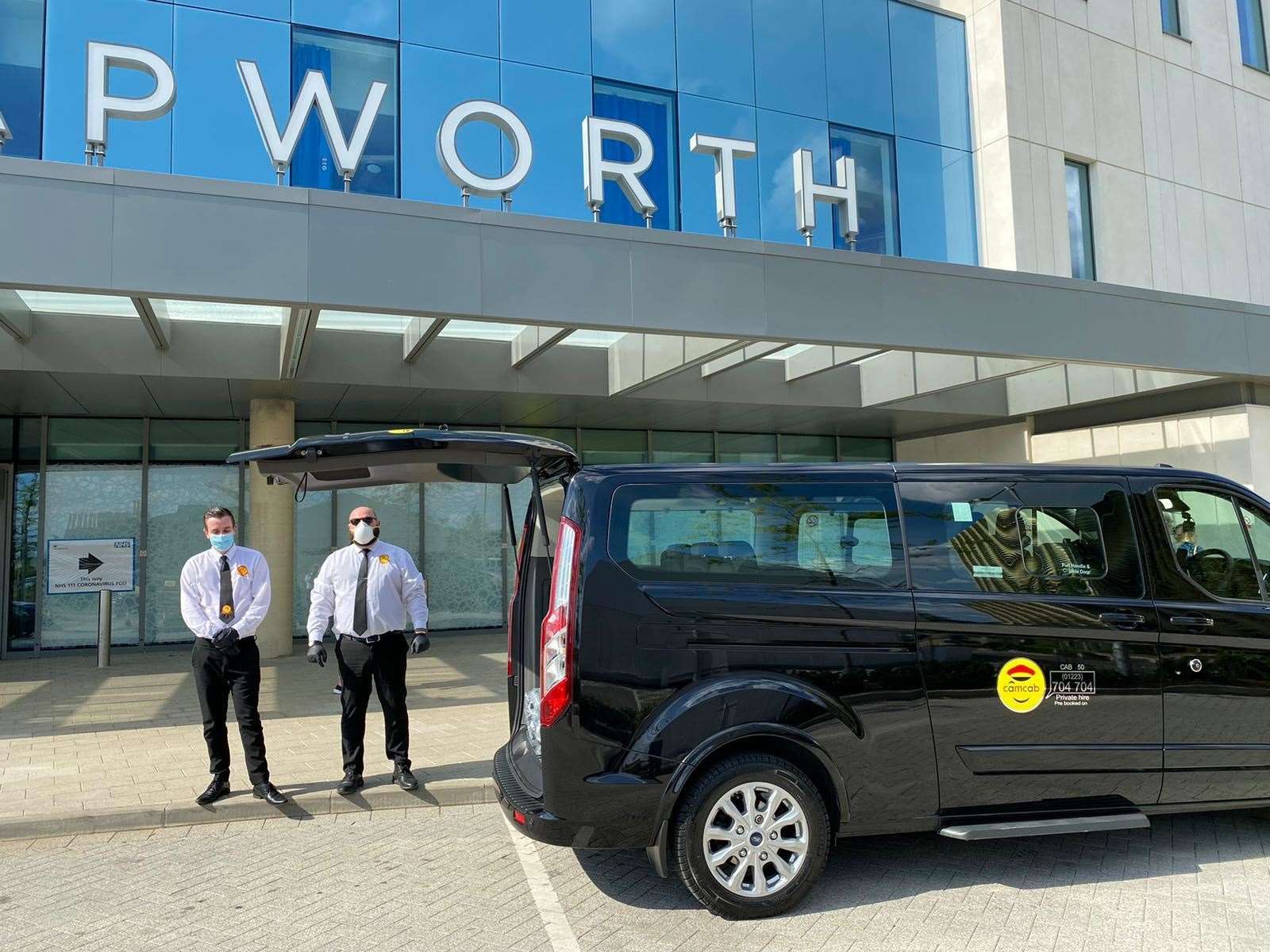 Of the five-minute TV tribute seen by millions, Rowhi - known as Max to his family, friends and colleagues - said: “It was a surprise. I didn’t know anything about it. Two hours before my wife said ‘we’re going to the Møller Centre for an outdoor cinema event as a thank-you’. My daughter had a camera from the BBC in the car and when I go there, they said this in The One Show, we want to say thank you. To be honest I cried. The next night we watched it in the office. It’s been difficult with the virus but hopefully in the next few years we can have a big party.”

The card from Julie Spence reads: “As Her Majesty the Queen’s representative, I would like to thank you for the wonderful contribution you have made to the county during these challenging and extraordinary times. Your support of the NHS and MAGPAS during the pandemic has been really appreciated: many are grateful to you.”

Rowhi said of the tribute: “I was delighted to receive the Lord-Lieutenant’s thanks, it makes us proud to receive thanks from such distinguished quarters.”