SoBar, so good for healthy hedonists at Sook in the Grafton

The WONDER Festival duo’s new venture caters for the increasing - 23 per cent of 16-24 year olds don’t drink any alcohol at all - number of people who want to go out and have fun without being around drinkers.

“The new botanical drinks ranges are an exciting mood shifting grown-up alternative to the usual cola and cordial options,” says Suzie. “The low and no alcohol drinks industry is growing rapidly and that means many more exciting new drinks for the WONDER Festival goers to come and try. There’s already all sorts of alcohol-free beers and champagnes.”

The launch of the new venture took place at the new Sook site at the Grafton, which opened last week - and it went very well, says Suzie Young.

“Saturday night went off with a bang!” said Suzie. “The dance floor was busy all night, everyone really going for it. Our SoBar was very popular, everyone loved trying all the new drinks from the beers - Freestar and Nirvana - to our cocktails, which include Nojito made with Rumish, Sloe Ginesque and the Villanelle made with Nine Elms No18. And Belle & Co makes a great alternative to Prosecco, a really great party drink. The Mindful Drinking book launch talk - ‘How to be a mindful drinker’ - with Laura Willoughby MBE, founder of Club Soda UK, was fun and interactive. She’s quite a character.

“It was a great night where no-one needed alcohol and it was lovely to see so many were also venturing out on their own to try something new. We think that's brilliant because we know it can be a daunting prospect going somewhere on your own. We loved meeting so many great people, the atmosphere was incredible and everyone was buzzing when they left asking us when the next one is on!” 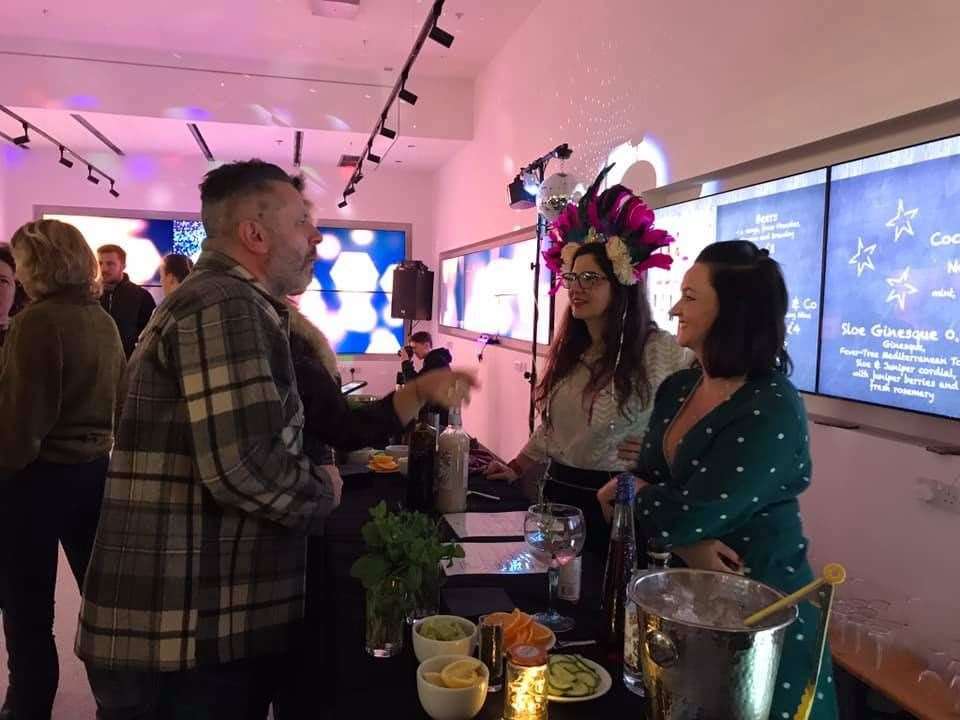 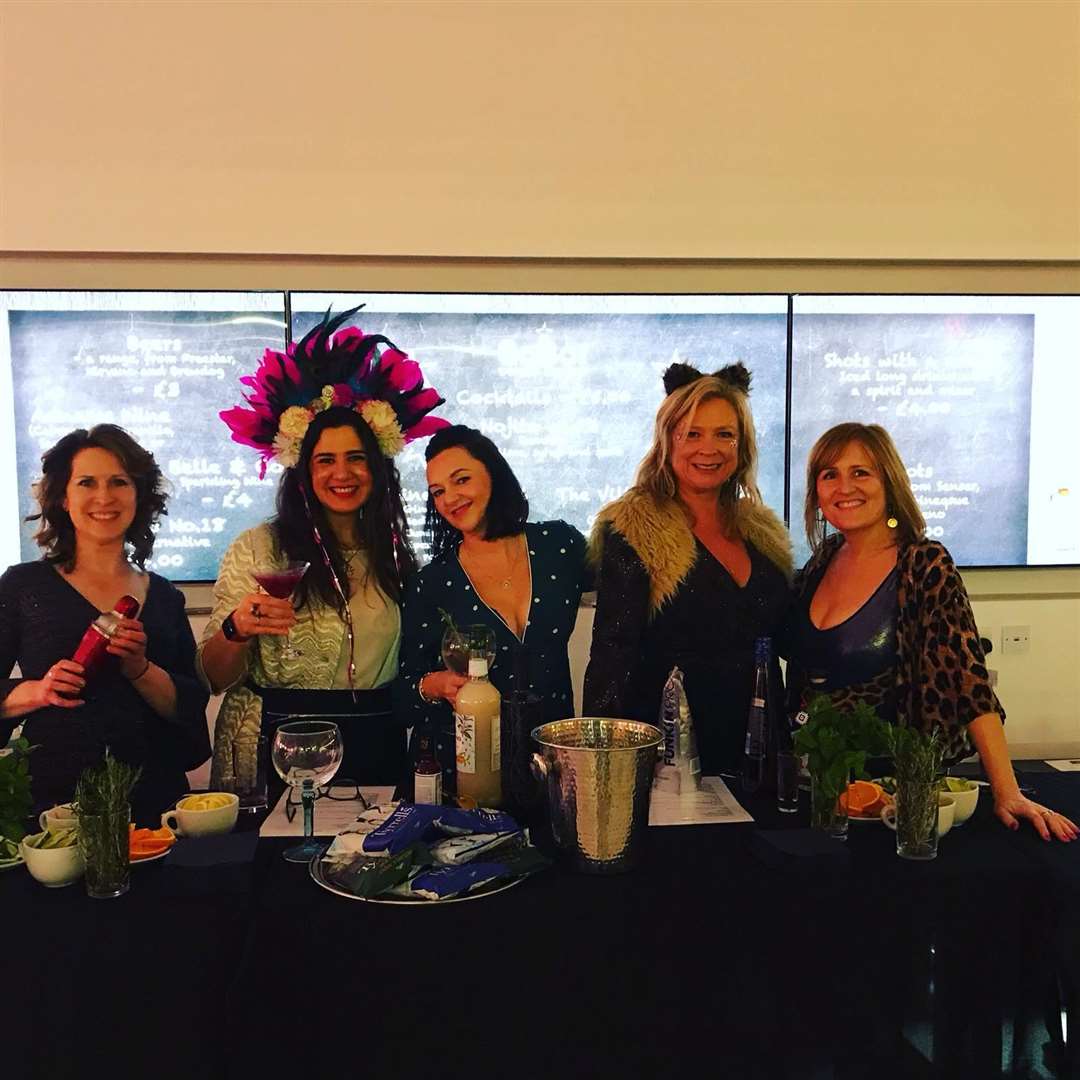 The duo - who started the business after meeting at a party and “deciding we had a lot in common” - heard about Sook, who started up at CB2 on Norfolk Street last year, accidentally.

“It was actually complete chance. Lisa and I had been looking for a venue and she was walking along Norfolk Street and saw the pop-up shop in CB2. She popped in and started asking questions and it went from there.

“WONDER Festival and its great new SoBar is based in Cambridge and people come from here and the villages surrounding Cambridge - great as you can drive to all the events of course. We’ve also had people travelling from London and Norwich. We are open to the possibility of holding events outside Cambridge, for example some people from Birmingham have asked us about this last week.”

The two founders got going because “we wanted to go out at the weekend and have a good time without drinking”.

“We believe that things are beginning to change and that maybe in five to ten years it will be absolutely normal for many people to be not drinking when out at the weekend,” says Lisa. “It’s really interesting that young people are beginning to see the correlation between anxiety and alcohol consumption. For example, the new phrase ‘hangxiety’ shows that people are beginning to recognise that the horrible feeling that comes after drinking, not just on the day after the night before but in fact for several days can be attributed to the booze.”

“What happened with smoking will happen with alcohol,” adds Suzie, who mentions the Mindful Drinking Festival in London as an example of the way things are heading.

“We see WONDER Festival as a social venture but really it’s just the beginning,” she continues. “Up until now we have run the events on our own while both working in full time jobs and bringing our kids up - we’re both single parents. We would like to offer more events and our vision is that in the future Wonder events and other alcohol-free nights will be as normal as the current alcohol fuelled nightlife. We are all about choice because we don’t know why there isn’t any out there at the moment. Not everyone drinks alcohol and some people are mindful drinkers, choosing when to drink or when to have a night off.”

“We look forward to being in a world where it’s normal to not be drinking and to go and party somewhere with people in the same boat. Of course that presents us a few challenges because we are going against the grain, our culture is so focussed on alcohol, but we believe there is another way and that we want to be part of that change. We love being creative about venues. Working with Sook was really cool, a great and perfectly adaptable space. We love outdoor spaces too! We feel these events should be available all year round, not just in the summer, because getting out and having fun is good for people’s mental health. People have told us how good it felt to come to Wonder and realise that they can have a better time than when out drinking and that it has increased their confidence, self-esteem and happiness. What more could you want from a night out?”

Suzie and Lisa started planning the first WONDER Festival event in March 2018 and put in an application for a place at the Cambridge Judge Business School’s Social Venture Weekend.

“The social venture weekend that May was really the start of our new chapter as Wonder Festival,” says Lisa. “It was a great and inspiring weekend which really helped to boost our confidence that we were on the right path!

“Our first event took place on July 21, 2018 and it was attended by over 100 people, It was a wellbeing festival event with workshops in the day, scrummy vegan food from Meatless - all our food is always vegan - and a party in the evening. We both have to say that it was in fact our first experience of a sober social. What an experience!”

The next WONDER Festival is at the Cambridge Museum of Technology July 18 and will include workshops, yoga, two types of sound healing - alchemy crystal bowls and gong relaxation - plus breathwork, cacao ceremony, food and drink workshops and talks, along with vegan Caribbean food and of course DJs.