Thrive’s whole new ethos is opportunity for Cameron the carpenter

Among the contributors to the grand reopening was Cameron Ford who, with his brother Taylor Ford, helped redesign the toilets, add new features - and build the awesome new bar counter.

“I know Jeremy [Peters, co-founder] through the Buddhist Centre, he’s seen work I’ve done in the past, so I got to meet with Thrive in February. I had a look around and they had an open mindset and I have a natural flair for working with trees so the work I do is rustic, with a tree-feeling touch.”

The counter is the pièce de resistance in the new hostelry.

“The main counter is elm which had Dutch elm disease so it was coming down, though sometimes I source wood where a road is being built, such as the A14 which has had a lot of trees cut down. The furthest away the elm comes from is Kent.

“The side panelling is made from two different walnut trees. I wanted to have it non-uniform to give it a striking look. The wavy edges couldn’t happen if it was from the same tree, but with two trees it looks different.”

It certainly achieves that.

“I’m really pleased with the way it looks,” adds Cameron. “I cut my teeth on traditional buildings and wanted to do something creative and to do something like this has been an opportunity to scratch that creative itch.”

The Norfolk Street building won a design award in 2009 but needed more work upstairs too.

“There’s a bookcase upstairs which hadn’t been moved for a while and when it was moved there was no floor there,” says Cameron, “so I suggested using live wood and created a plinth to make a feature out of it.”

The loos were also previously unimpressive.

“We worked on the bathroom, turning it into three unisex cubicles,” Cameron says. “That involved pulling up the old floor, reflooring it with hardwood and having vinyl fitted, with a knock-through. I also did a 3-metre window bar so customers can put their coffee up above where the laptop will be, and shelves at the back.” 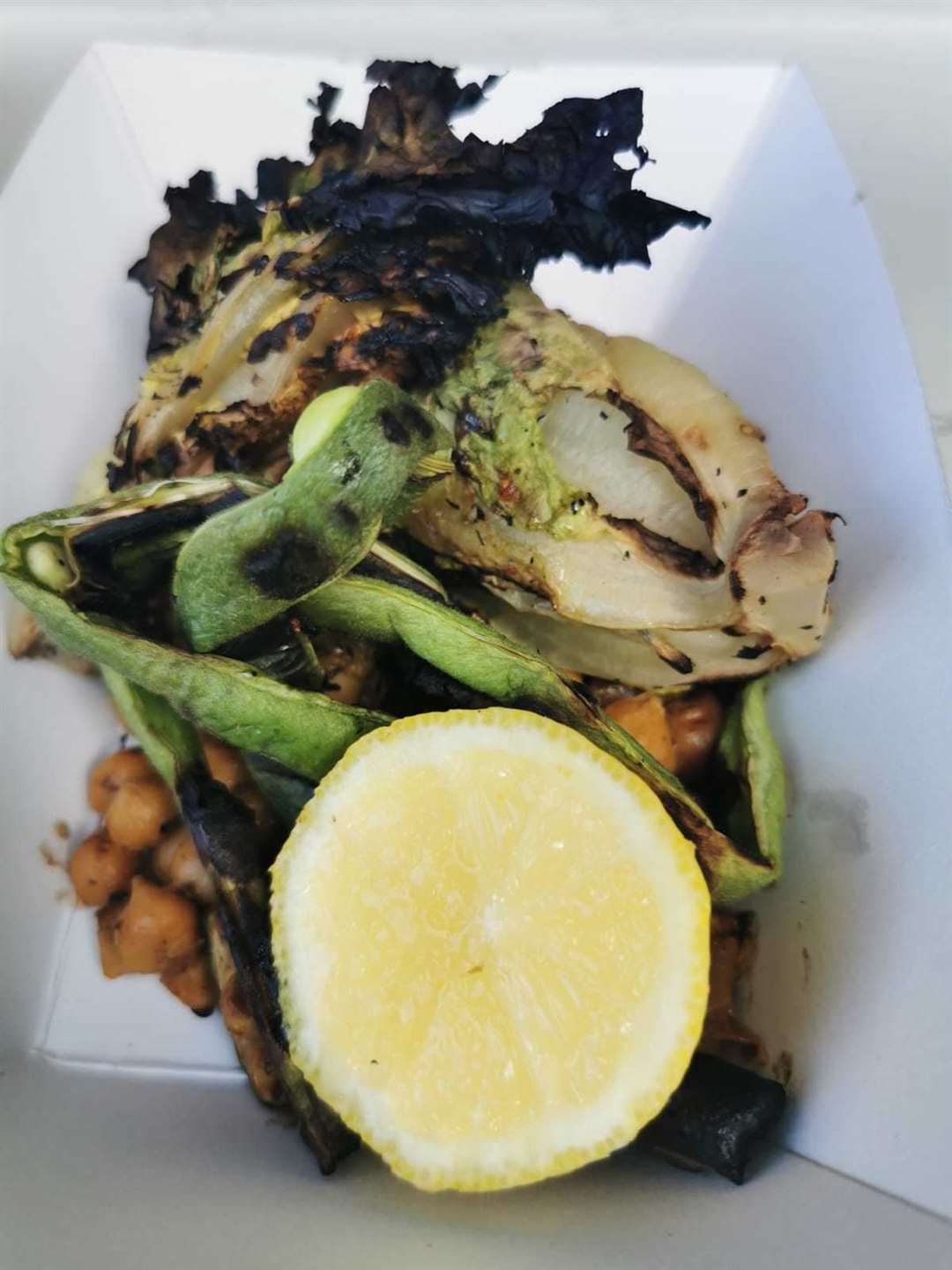 Speaking of the ethos involved, Cameron said “it’s got to have function but it can also be beautiful”.

Thrive is open every day - including Sundays - from 10am to 6pm (8pm at the weekend).

The Thrive project is part of a new hub for the circular economy which includes Full Circle for food and The Serpentine Swap for clothes.

Rachael Victoria, who runs The Serpentine Swap, says: “I’m very excited to be back open and feeling fresh-eyed and inspired: for now, my open hours are Friday/Saturday 10am to 7pm and Sunday 11am to 6pm.

“I’m also currently accepting autumn stock so if you have any vintage or a bag sitting at home that you’ve been meaning to take to the charity shop, bring it to me - preferably cleaned and still in great condition and I can have a look-through and offer you store credit for items.”

Paul Richardson, Full Circle director, said: “All of us at Full Circle are so pleased to have Thrive as our neighbours and we wish them every success. Now that we are open again - 12 to 5pm Tuesday to Saturday, 10am to 4pm on Sundays - we are really starting to appreciate that we have a small but perfectly formed ecosystem of sustainable businesses here on the corner of Norfolk Street.”