The small and dainty acrobats of the skies - the 'tit'

This month I am focusing on a favourite group of garden birds, the tits. Originally, and still in North America called titmice, the word comes from a combination of the Old English name ‘mase’, which is cognate with the current German name ‘Meise’, and ‘tit’ denoting something very small. They are indeed small and dainty acrobatic birds and are often seen in gardens, especially if seed or peanut feeders are provided. Most are predominantly woodland or hedgerow birds but some, notably blue, great and long-tailed tits, have adapted very well to suburban habitats.

The jolly piping of great tits is a welcome sound heralding spring and our resident male has been squeaking away for weeks now from a perch high up on a birch tree, often from early in the morning. Though I can understand that this monotonous song may irritate some, I confess to finding it quite uplifting. This is the largest of our species and is beautifully patterned in yellow, green and black. It is also common and widespread with a UK population estimated at 2.5 million territories. 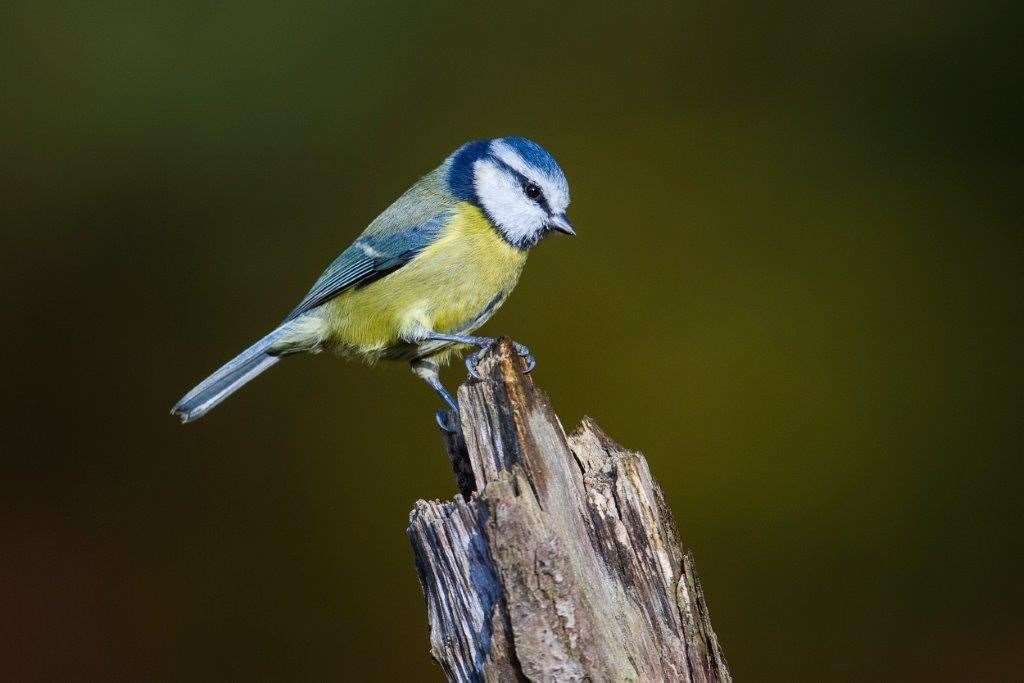 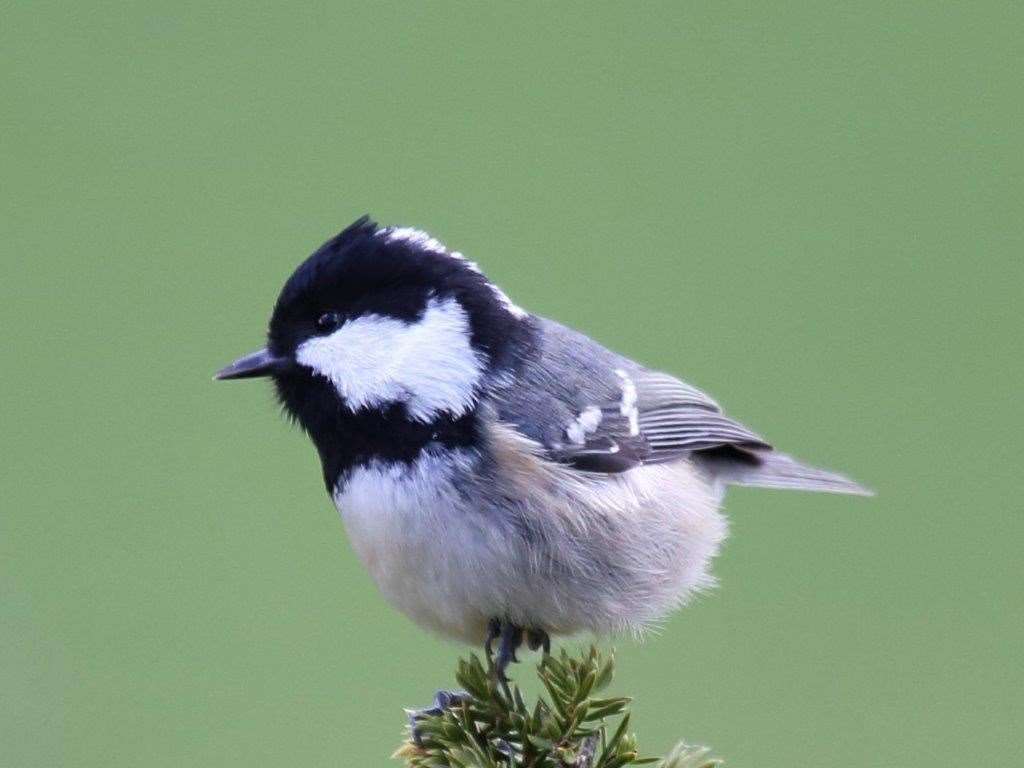 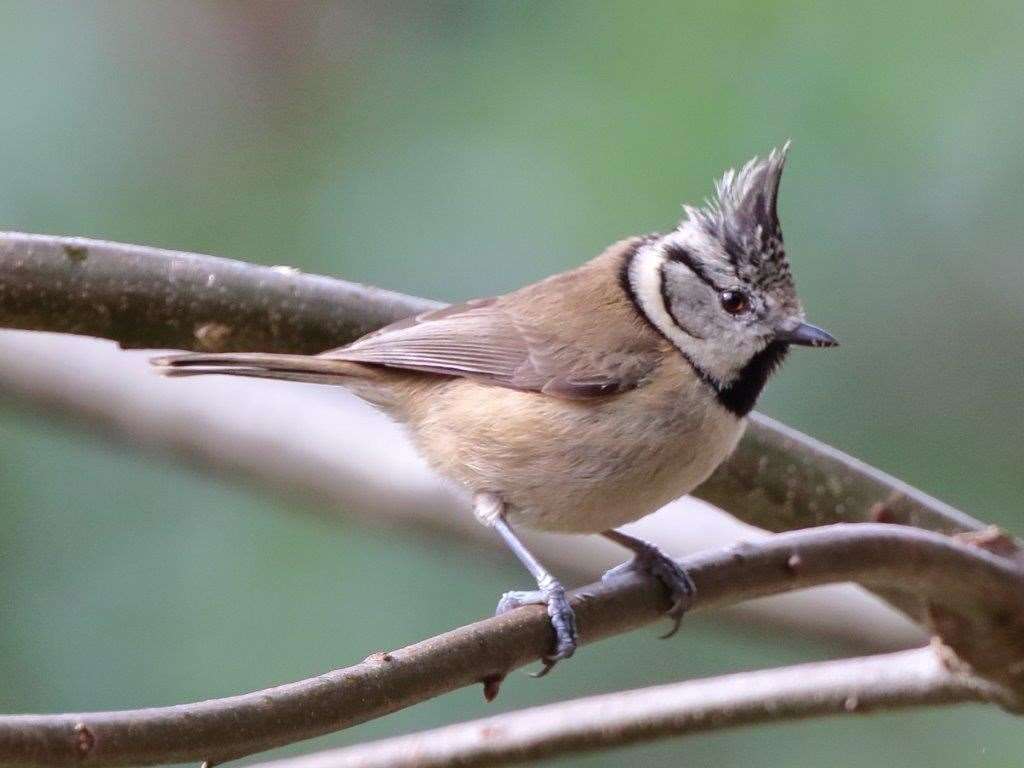 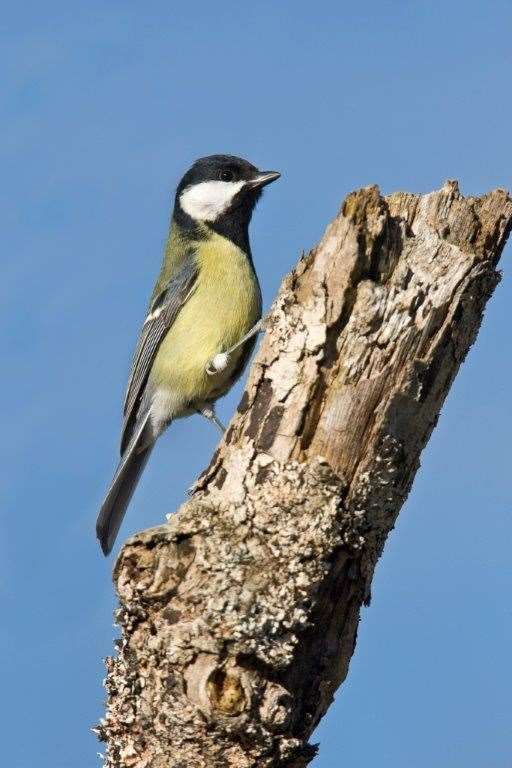 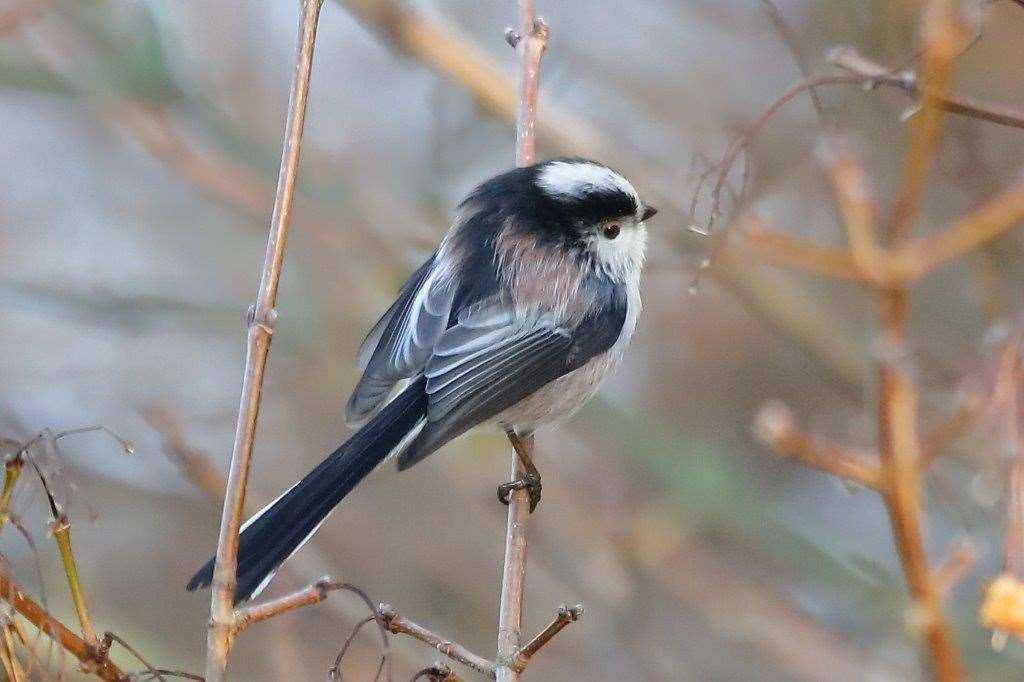 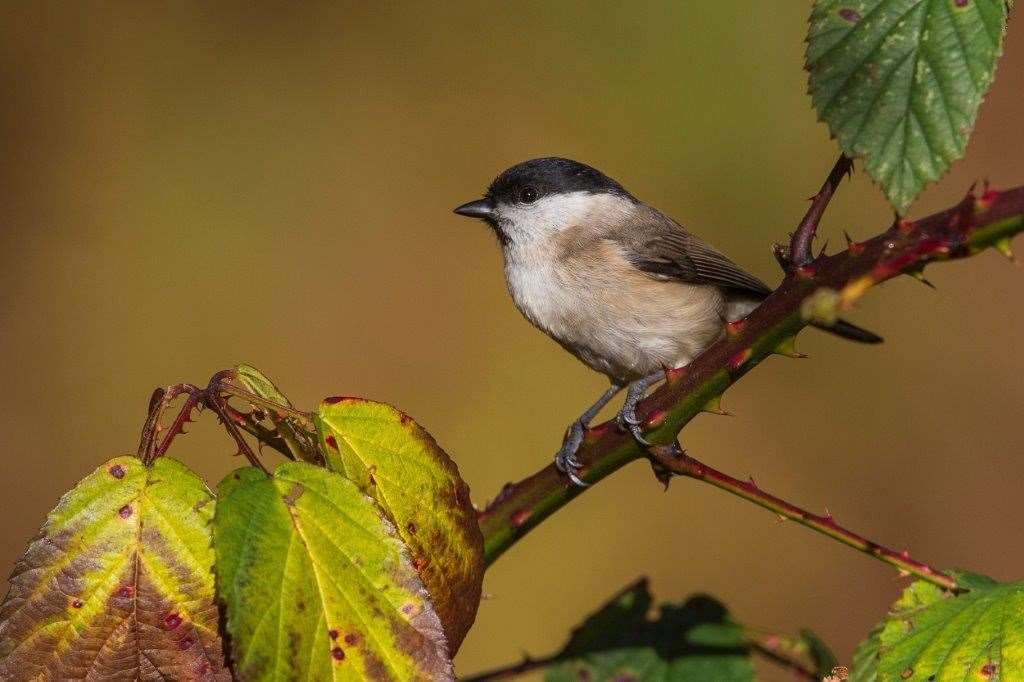 Equally familiar is the dainty blue tit which has a bright blue cap, green-blue back and yellow chest and belly. Very common and with a population of some 3.6 million territories it is seldom absent from any garden. In the winter months blue tits mix with other tit species as they work the trees and bushes foraging for small insects, spiders and seeds. Presumably there are advantages in many eyes being alert to both food sources and danger. But now that spring approaches these mixed flocks have dissolved as the birds defend their breeding grounds and pair up. Our blue tits have been investigating the nest-box for a few weeks now and we hope they will breed again. Blue tits love peanuts and sunflower hearts and can be remarkably feisty and aggressive, chasing other birds away.

Less common than great and blue tits, the coal tit is a favourite of mine. Even smaller than a blue tit it is also much less colourful with rather drab grey-brown plumage enlivened by a black cap with a very distinctive white stripe-like patch down the back of its head and neck. It is mainly a bird of coniferous woodland where it uses its thin bill to extract seeds from cones. Like blue tits, coal tits love sunflower hearts but are much more wary, making repeated short visits to a feeder, each time flying off quickly to a nearby tree to eat. Estimates put their population at around 680,000 territories.

The long-tailed tit is easily recognisable with its tiny body, a tail longer than its body, and its undulating flight. Mainly black and white with touches of pinkish-beige they are pretty birds, especially when seen close-up. They tend to go around in small flocks, following each other from tree to tree. Their oval nests are built deep in a bush and are seldom seen; they are beautifully constructed, incorporating mosses and lichens, with an entrance hole at the side.

Marsh tit and the almost identical and much rarer willow tit are small and rather dumpy with a large black cap, dark bib and pale underparts. Despite the name, marsh tits are mainly found in deciduous woodland though they are sometimes seen in gardens, especially close to wooded habitats.

Our most unusual native species is the crested tit, but you would have travel to Scotland to see this remarkable bird. Its black and white crest and bridled face give it a jaunty look as it flits about amongst the trunks and branches of pine trees searching for seeds and invertebrates. Its population of some 1,500 pairs is mainly restricted to the ancient Caledonian Scots pine forests.