Take a leap into the autumnal world of arachnids and embrace their eight-legged charm, urges Caroline Fitton, of the Wildlife Trust in Cambridgeshire.

Spider season is upon us - that time of the year where perennially people notice then feel the need to share their fear about an apparent influx of large house spiders in their homes.

Spiders live in the majority of homes throughout the year and are often only noticed in the autumn when they have either grown bigger, or are males looking to mate.

Social media platforms and newspaper columns get flooded with outsize photos of arachnids (so why should we miss out?) – but there's really nothing scary about them, they are a fascinating insect and we can learn to embrace as “roommates” who keep homes tidy.

Brian Eversham, CEO of the Wildlife Trust in Cambridgeshire and keen entomologist, has been studying spiders for more than 40 years.

“This happens every year - during spring house spiders are smaller and by late summer have become adults,” he says.

“Those that people notice the most are house spiders - the males can have impressive leg spans of up to about 12cm. They are also fast moving which is why they get spotted.

“The females, quite sensibly, sit quietly in a corner of a room in their web, catching insects. People almost never notice that they've got female house spiders, tucked away in a shaded corner.

“In autumn males go walking around, looking for the females, and so that's when people tend to notice them. People think that there are suddenly a lot more, but it's just that they have started behaving differently.

“People should be grateful for all the insects they 'control', for example a false widow spider lived in my bathroom last summer happily eating mosquitos; I was very grateful! I’ve been looking at spiders for 40 years and still never been bitten by one; I probably handle more spiders every year than the average member of the public. They are not going to waste their venom, so they won’t bite unless cornered and feeling threatened.”

The cellar spider, more commonly known as daddy longlegs spider, are also often seen in homes during this time of year.

“Although they look very delicate, they are serious predators of other spiders, and they'll quite often eat other spiders that are five times their body weight,” says Brian. “If the big heavy male house spiders stumble across one of these cellar spiders by mistake, they will usually end up wrapped up in silk and being eaten.”

Outdoors there is a hidden world of astonishing looking arachnids - so here’s an array of some of the most amazing, beautiful and colourful crab spiders, jumping spiders and labyrinth spiders. 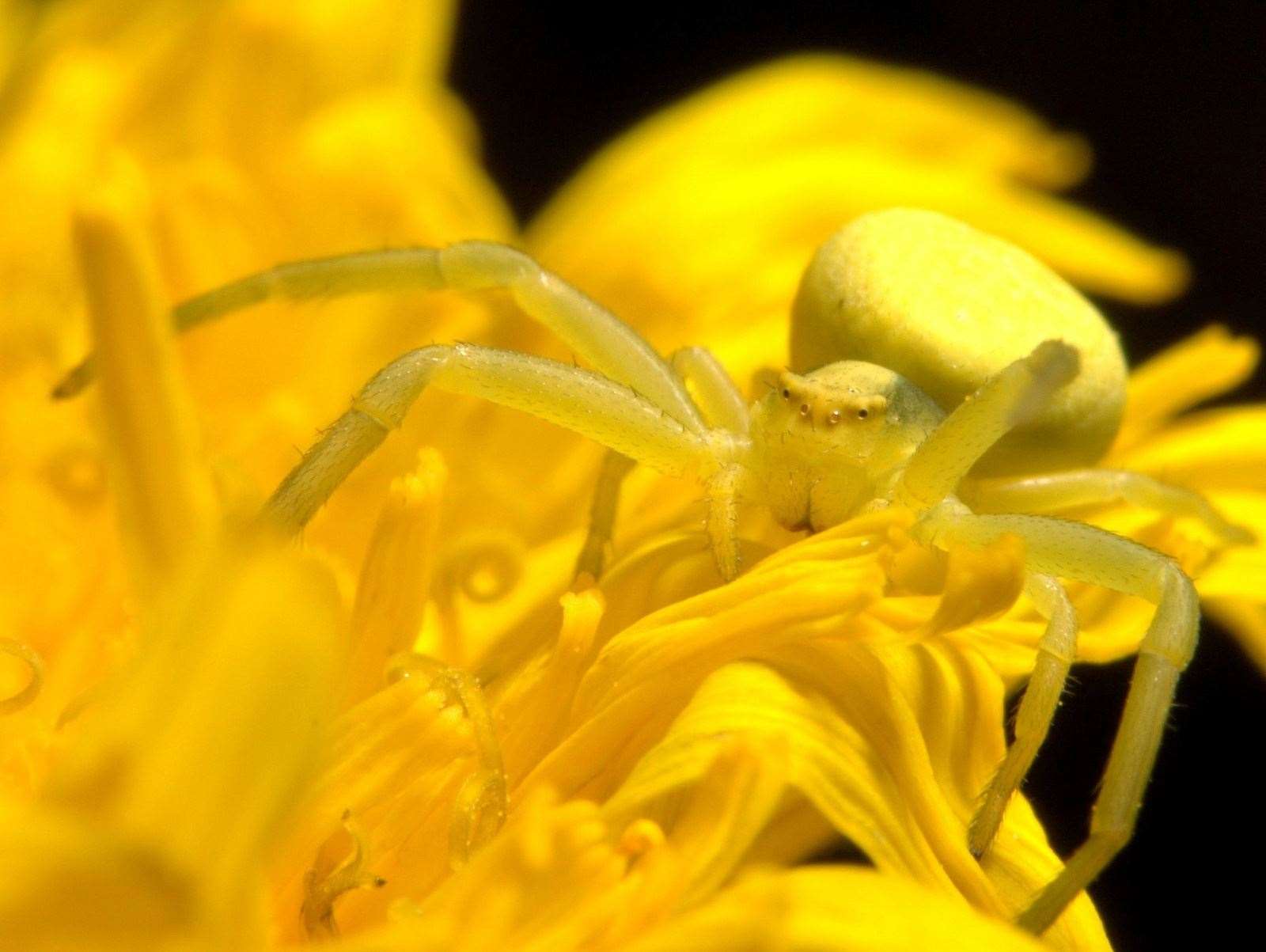 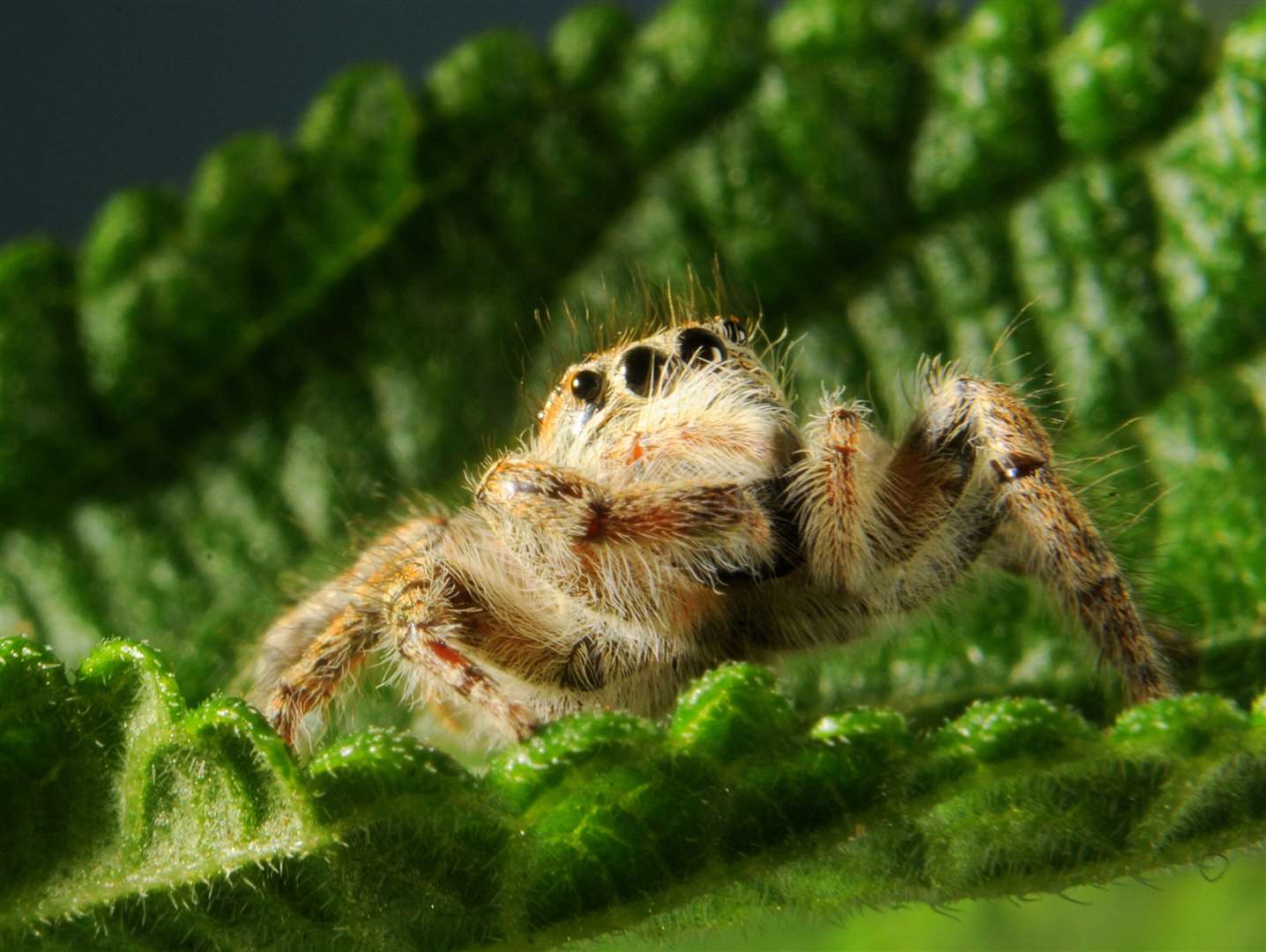 Rather than a conventional web, the latter make complex looking like the lairs of a poisonous funnel-web spider.

The amazing homes of labyrinth spiders (Agelena labyrinthica), have complicated hidden passages and chambers within their tunnels. A species common in rough, uncut grasslands of southern England, they are harmless to humans and feed on grasshoppers and crickets, so catching such athletic, bulky insects requires a sturdy trap that can’t be kicked apart too easily. Isn't nature amazing?

With the glorious colours of autumn bringing a vibrant glow to the horizon this is one of the best times of the year to lace up hiking boots and stride out to soak up all the visual treats of the countryside.

The Wildlife Trusts’ Big Wild Walk takes place over half term, October 25-31. Walk for wildlife, support and help tackle climate crisis - the trusts are asking nature-lovers to fundraise to help raise vital money for their 30 by 30 mission (to restore at least 30 per cent of land and sea for nature by 2030).

As a target there are three choices to take on as a challenge: walk 30km over Big Wild Walk week; walk 30km in three days; walk 30km in one day. Alternatively adapt and tailor a bespoke challenge - invite family to join in, set up a remote relay with friends or take the challenge individually. Indoors or outdoors, front room, park or wood, treadmill or track – anything works.

Their mother Caroline said: “They braved the wind and the rain and also picked up litter on their walks. On the final day, following their father's covid diagnosis they had to complete their challenge doing 250 lengths of the patio, scooting, skipping, running and hopping all afternoon.” Be inspired!

The importance of insects - and the tragedy of their declining numbers

Sign up for our weekly newsletter and stay up to date with environmental, conservation and nature stories