Alexandra Gardens residents hosted two coffee mornings this week to highlight their anger and distress that two rare London plane trees – part of a row of 10 valued at £1.65m in the nearby park – will be severely pollarded because of apparent pressure from one insurer on one house nearby.

“The trees are taking their moisture from clay soil here,” said one of the organisers, Jenny Langley, speaking at the site at 9am on Wednesday (July 28). “In the warm summer months the amount of moisture in the clay reduces – it’s seasonally affected movement. The houses have withstood that annual process since Victorian times.”

Two of the ten trees are due to have their canopy reduced by 70 per cent, and maintained at that canopy level – basically irreparably damaged to the level of a living stump – via biannual pruning. The house involved was last underpinned ten years ago.

“The trees were planted in 1905,” continues Jenny. “There’s a row of ten here, they’re the same as the ones on Jesus Green Avenue. In a 2011 CAVAT – Capital Asset Value for Amenity Trees – report by the council and arboriculturists the entire row of trees was valued at £1.65m – as a cohesive row, it’s deemed a community asset. Part of the issue is to do with the loss of the amenity value in the area, and the strength and quantity of submissions the council has received shows how much people feel about the plan.

The pollarding was due to take place on Tuesday (July 27) but the group of locals made their presence felt to the contractors who appeared on the site.

“They eventually went away,” says Jenny, “and a tree officer came. They haven’t come back today.”

The consultation on this work only closed one week ago, and multiple objections from local residents had been received.

Jamie Dalzell, Lib Dem councillor for West Chesterton, who was also on site on Tuesday and Wednesday morning, said: “There is a range of other options that could be explored, including root barriers. Under the Labour administration, none of these other options seem to have been fully considered, and they were racing ahead to complete the work before contractual deadlines at the end of July. It is no wonder that residents increasingly feel this was a fait accompli.

“This week’s rushed decision rests on a valuation of the amenity based on just the two trees to be pollarded, whereas the financial risk to the council could be very different if they were to consider the amenity value of the whole avenue. This was exactly what happened under the previous Liberal Democrat administration and residents are understandably confused as to why it’s not happening now.

“Now that protests stopped work this week and deadlines cannot be met, the council does have an opportunity to analyse other options in more detail and restore public trust in this process. As a first step, it is vital that the Labour executive councillor Alex Collis, speaks to and engages with residents, and follows through on her promise made at full council last week to meet with me and other ward councillors.” 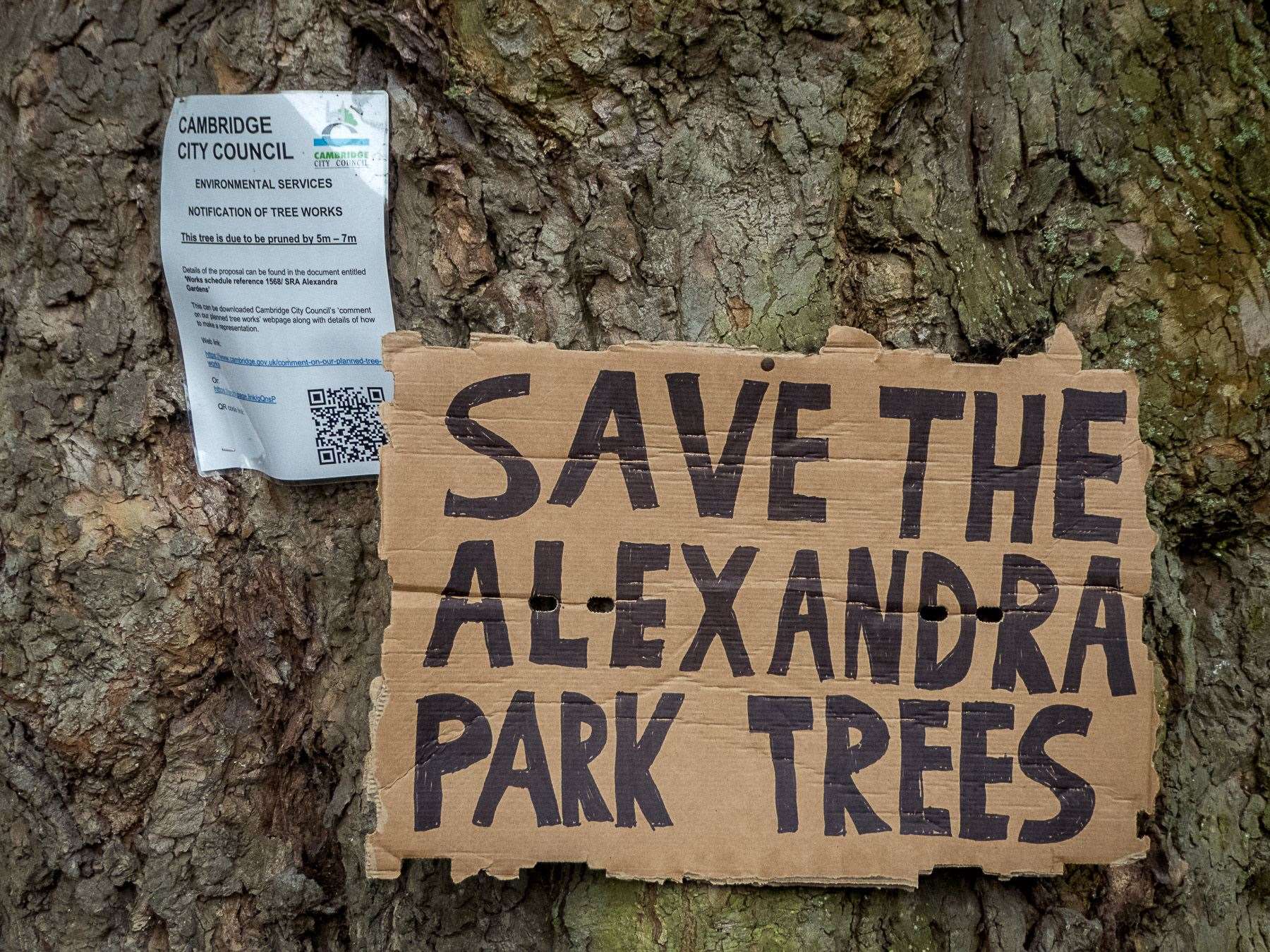 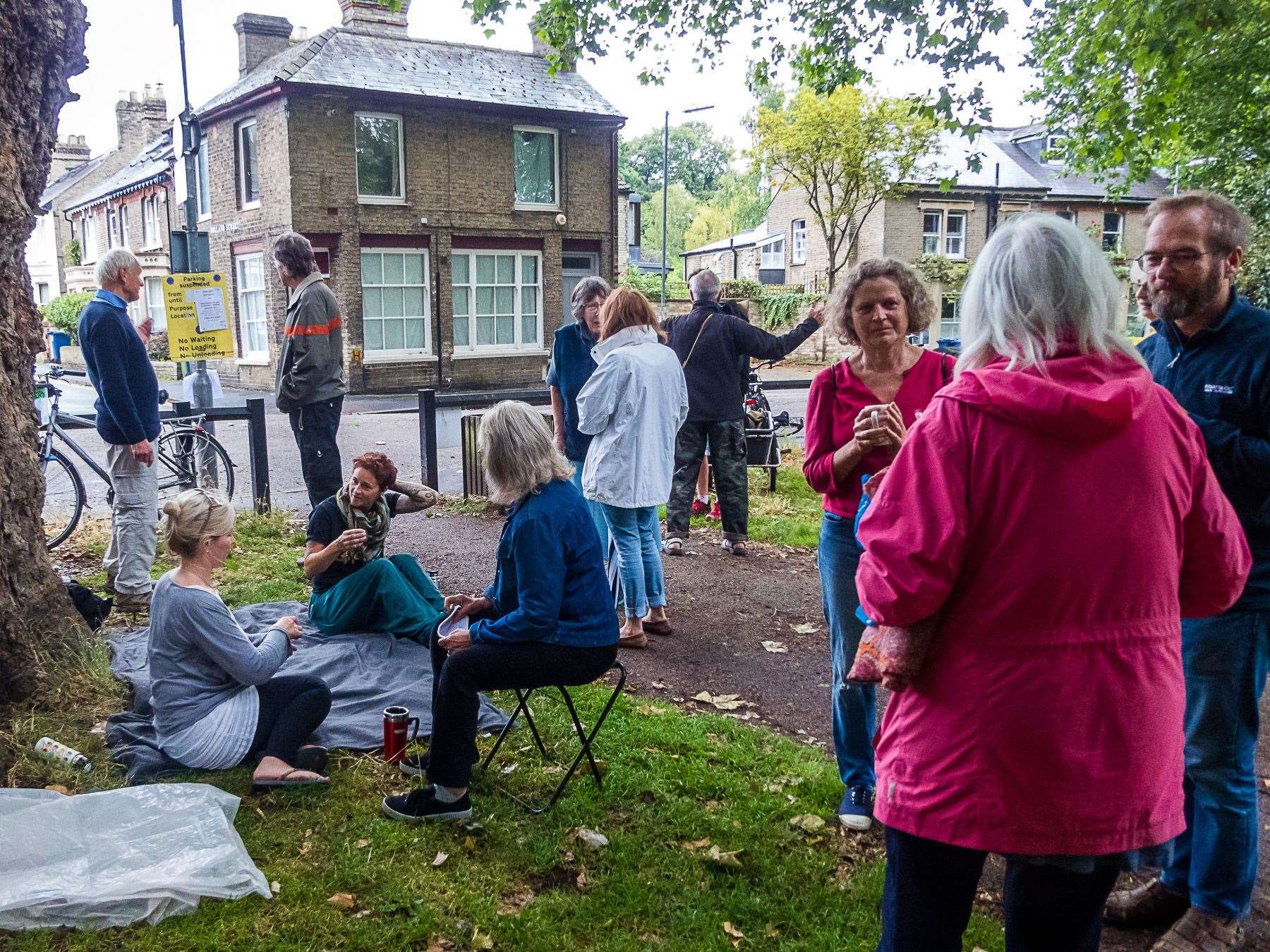 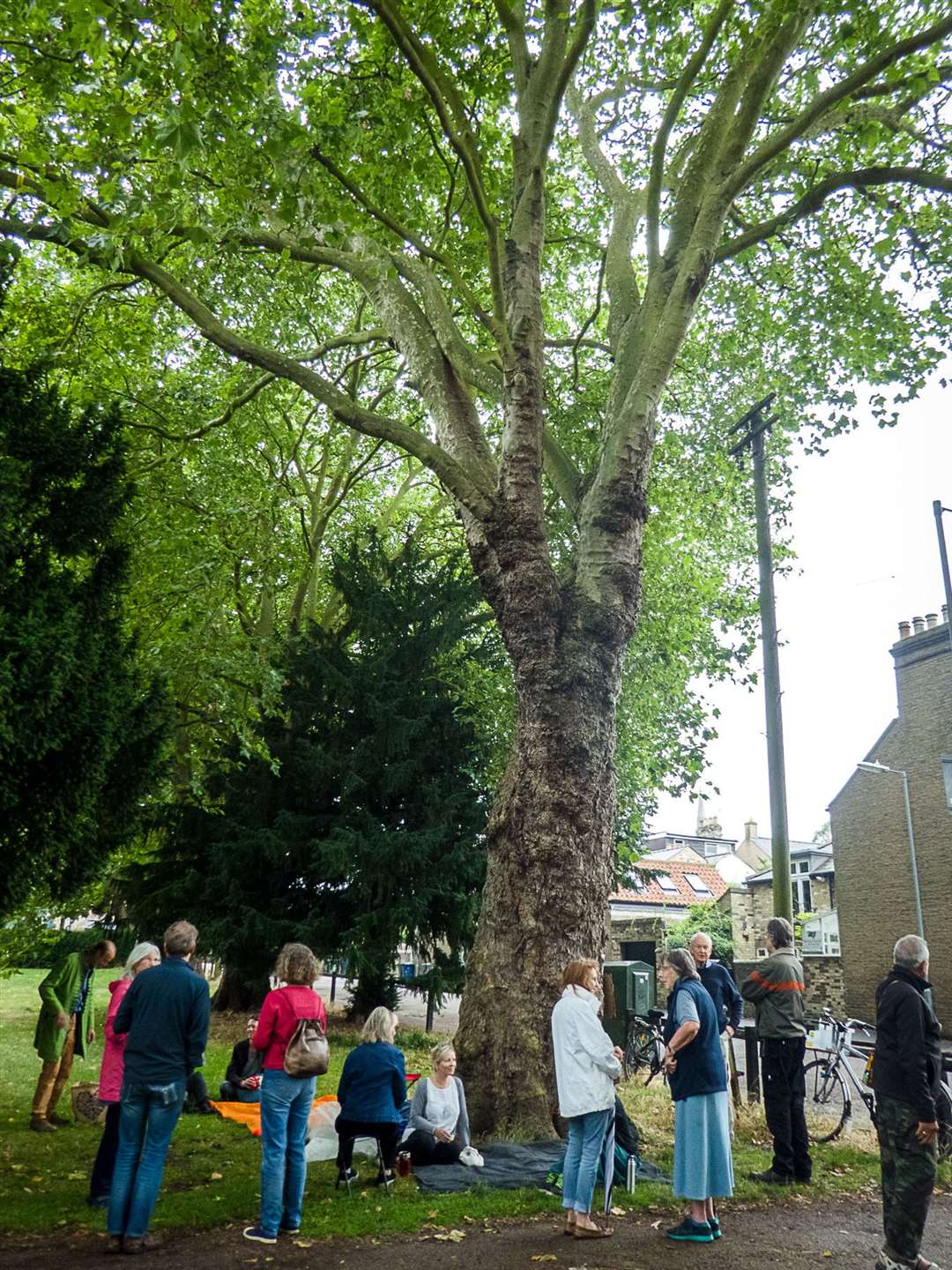 Around 35 people, including residents and nature protection campaigners, were in place to protect the trees. The group has set up a round-the-clock emergency line which will be used to contact protesters if and when the contractors return.

“It’s about money,” concludes Jenny. “The insurers are able to charge a premium for this area, but when there’s a problem they want to pass the cost of it on to the council.”