The BP Institute has been shut down for the third time by Cambridge climate change activists enraged by the university’s ongoing fossil fuels activities in both investment in fossil fuel-based multi-nationals, and research and sponsorship financed by fossil fuel-based global corporations.

Around 20 activists began their direct, non-violent action at the site at 6.30am this morning (February 7) and were expected to stay at the Madingley Rise site all day as part of a series of actions by the youth-led Rebel for Justice campaign against fossil fuel investment. Five activists are locked on to the building through various locking mechanisms. One of the campaign’s demands is that the University of Cambridge cut all links to the fossil fuel - the group argues that the university is complicit in the ‘greenwashing’ of the fossil fuel industry, allowing companies to present themselves in a positive light through connections with the prestigious academic institution.

The university has committed to address the issues raised by its fossil fuel investors through its Cambridge Zero climate initiative. Town and gown are working together to build a public carbon output map of Cambridge to see where emissions could be cut back.

Prince Charles, visiting Cambridge on January 29, said that “time has run out” to save the planet as he eulogised the potential of emissions-free aircraft. Cambridge scientists are attempting to resolve the threat. AstraZeneca is creating a forest with 50 million trees.

Annie, a member of XR Youth Cambridge, says: “The University cannot claim to be acting responsibly when they continue to be associated with the fossil fuel industry in so many different ways. If they truly understood how disgusting BP’s exploitation of human and natural resources is, they would refuse to be associated with the name. We are showing that this connection has consequences.”

The group’s hope is that the university will end its partnership with BP and other fossil fuel companies.

“What we’re looking to see is zero investment in fossil fuels, no BP Professorship, no revolving door for researchers,” said Marcus at the site. “There are still hundreds of millions of pounds of investment and engagement with the fossil fuel industry, including Shell as well as BP. The Carbon Zero initiative has conveniently come about when the alternative is that they look pretty evil. They fool some people but look deeper and it’s clear what they’re doing is completely corrupt.”

There were reports of proctors, security and police at the BP Institute this morning. When asked about allegations of a press team being asked to leave, a proctor responded: “This is private property, photography is not allowed.”

“I spoke to one scientist here who said that 50 years ago we didn’t know about climate science,” said Marcus. “It’s clear that if you take a job here you have to buy into their viewpoint and believe things are not really that bad.”

The action follows on from a similar blockade of the oilfield services provider Schlumberger, who are also connected with the university, and actions at BP and Shell fuel stations in the city. Extinction Rebellion is urging the university to shut down the BP Institute and “open in its place a transparent, ethically-funded research centre with a focus on sustainability and renewable energy”. They also ask that the university refuse to profit from the fossil fuel industry whether through investments or sponsorship.

Rebel for Justice and XR Youth Cambridge will blockade Fen Causeway for a week starting February 16. 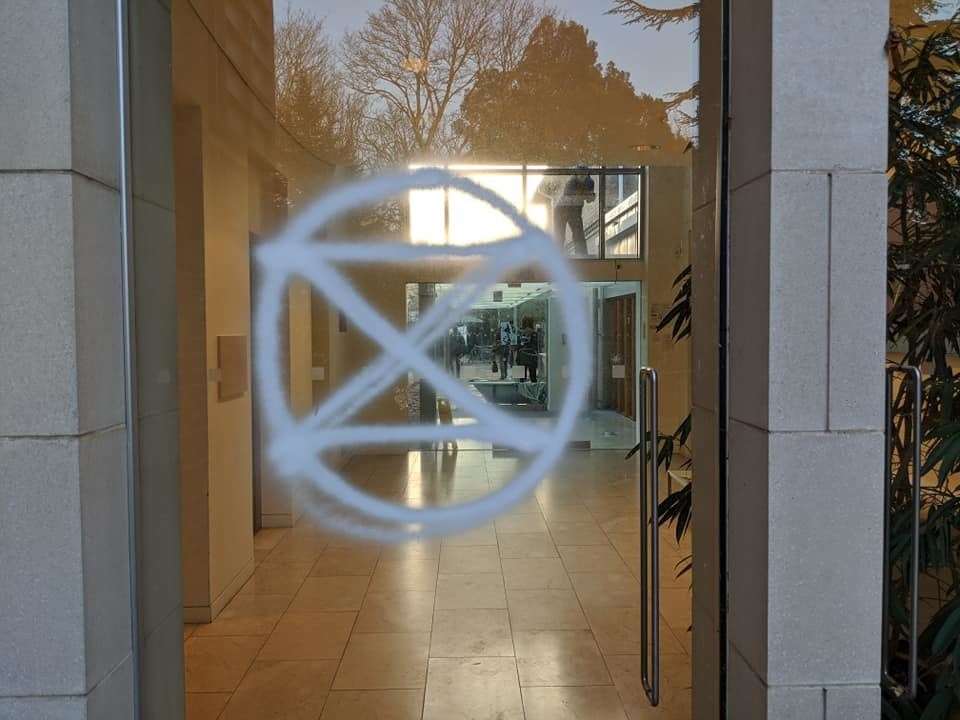 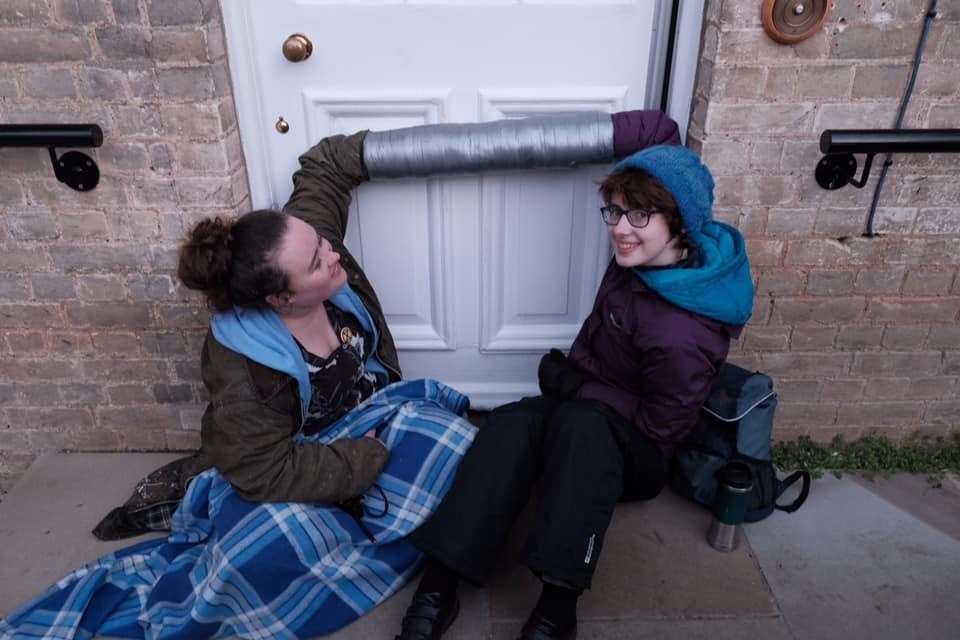 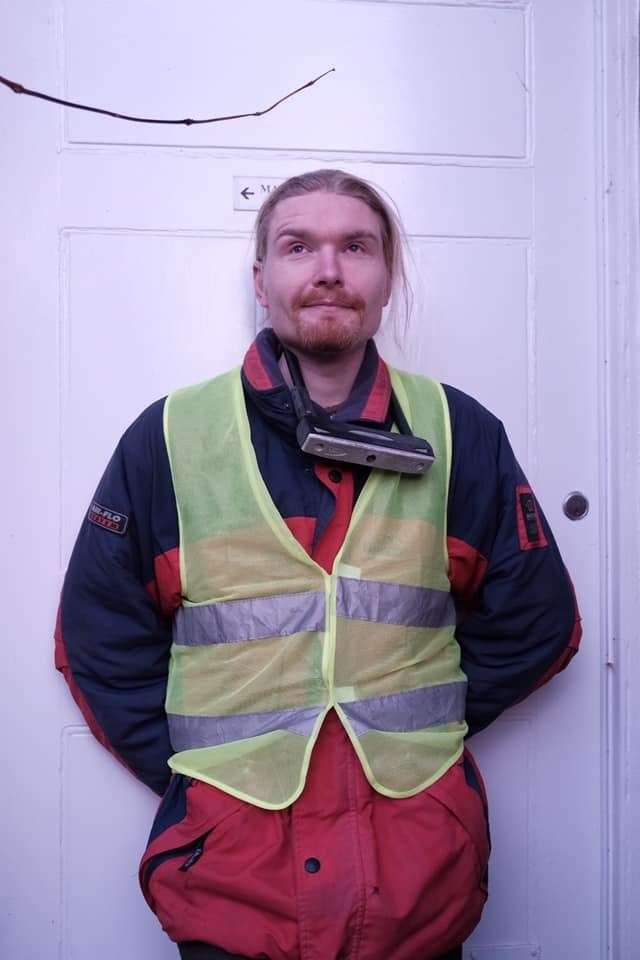 An earlier version of this story reported that the University of Cambridge was involved in a major conference on oil, gas and coal technology in July with the Minister of Oil for Kuwait as a keynote speaker, in reference to the 2nd International Conference on Oil, Gas and Coal Technology (ICOGCT). The University of Cambridge has since confirmed that, contrary to the details given on the conference website, neither it, or its colleges, are providing a venue for the ICOGCT 2020 Conference in July 2020. We are happy to clarify this.