The second Cambridge Goes Electric event took place alongside the finishing point for the annual London to Cambridge bike ride on Jesus Green on Sunday (July 21).

The cycle ride involved around 2,500 riders completing the 60-mile run from Pickets Lock in north London to Jesus Green in a staggered start between 7.30am and 9pm - with those riding over the finish line including 85-year-old Jose Rial.

"People have been arriving since just after 11 o'clock this morning," said Hannah Wysocki, manager of charity partners Head To Toe, who was with fellow volunteer Harry at the finishing line handing out medals. "Two hours 55 minutes was the fastest time - and one bloke on a folding bicycle managed three hours 44 minutes so that was quite impressive. It was a fantastic event, we really enjoyed it and want to be part of it in the future."

The fastest woman was Rachel Newman at 3 hours 33 minutes, according to Strava.

Jose Rial, 85, who was there with his partner Jose Tojo - both from Spain -smiled and said "I am very happy" after he crossed the line.

Head to Toe is the charity that supports the Cambridgeshire & Peterborough NHS Foundation Trust.

"We're here raising awareness for mental health," added Hannah, "to encourage people to get involved with sporting events. There's lots of NHS staff here today, including 15 participants from around the Trust."

It was busy too at Cambridge Goes Electric, with test rides and expertise on hand to demonstrate electric bikes, electric cargo bikes and electric cars.

Some of the electric bikes can reach speeds of over 20mph, and Eddie Kehoe, who runs Electric Transport Shop - the organiser of Cambridge Goes Electric - said legislation may have to change to accommodate the faster vehicles.

"On the Continent you have to have a small numberplate to ride the more powerful electric bikes," he explained. "Category L1E means you have to wear a helmet and have insurance - and there's a higher standard of testing than that if it goes faster that 15.5mph, which is 25kph."

Electric transport is a thriving sector but there are concerns about how it will develop, especially if a hard Brexit goes ahead.

"The big change would be that after Brexit the government might drop the current duty framework and allow cheap Chinese bikes to come in, so we'd effectively be a dumping ground for cheap bikes," Eddie said. "Hopefully that won't happen but in any case our customers appreciate the quality, they like the safety, warranties and accessories aspect - and the bikes last a lot longer too." 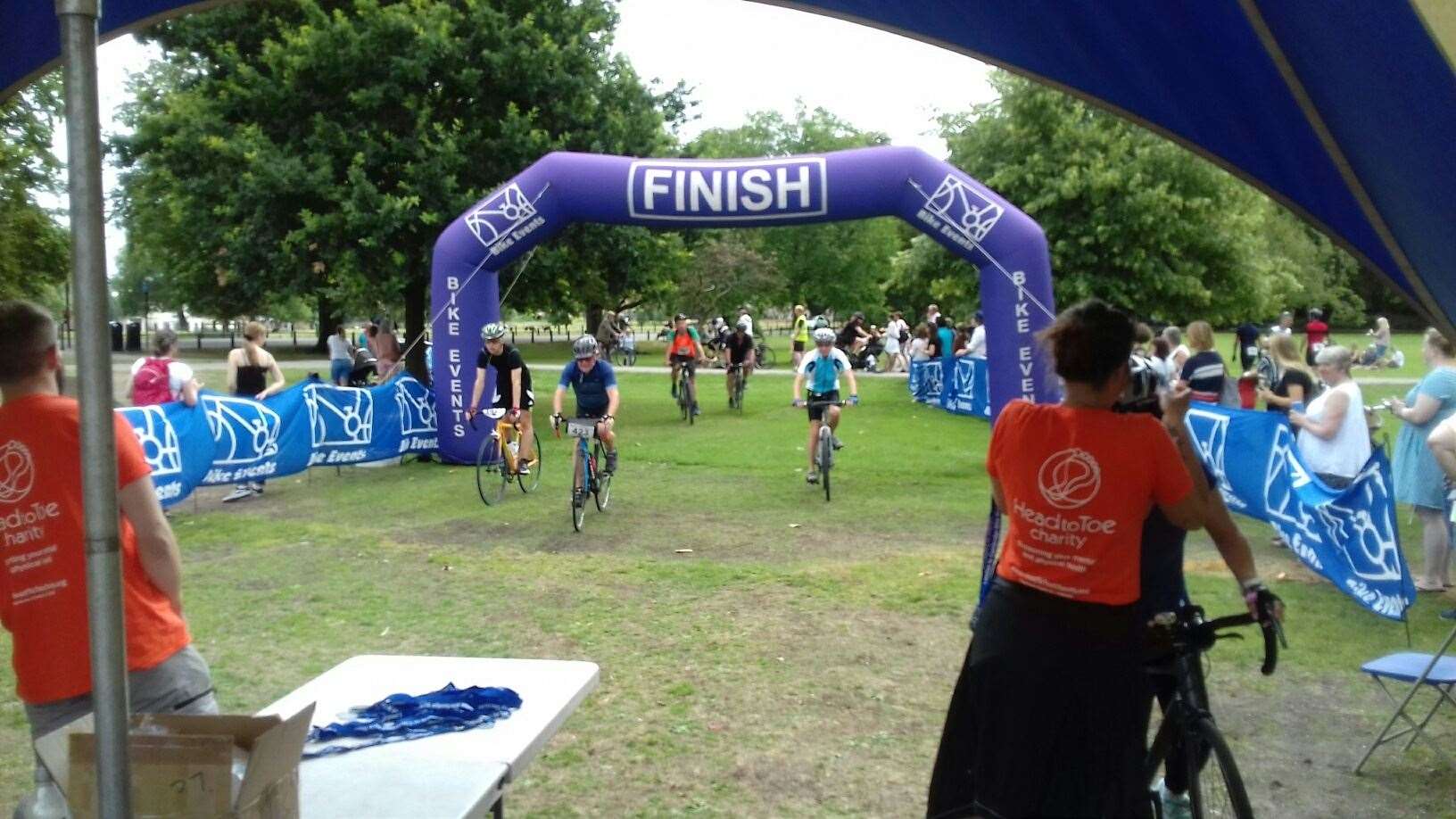 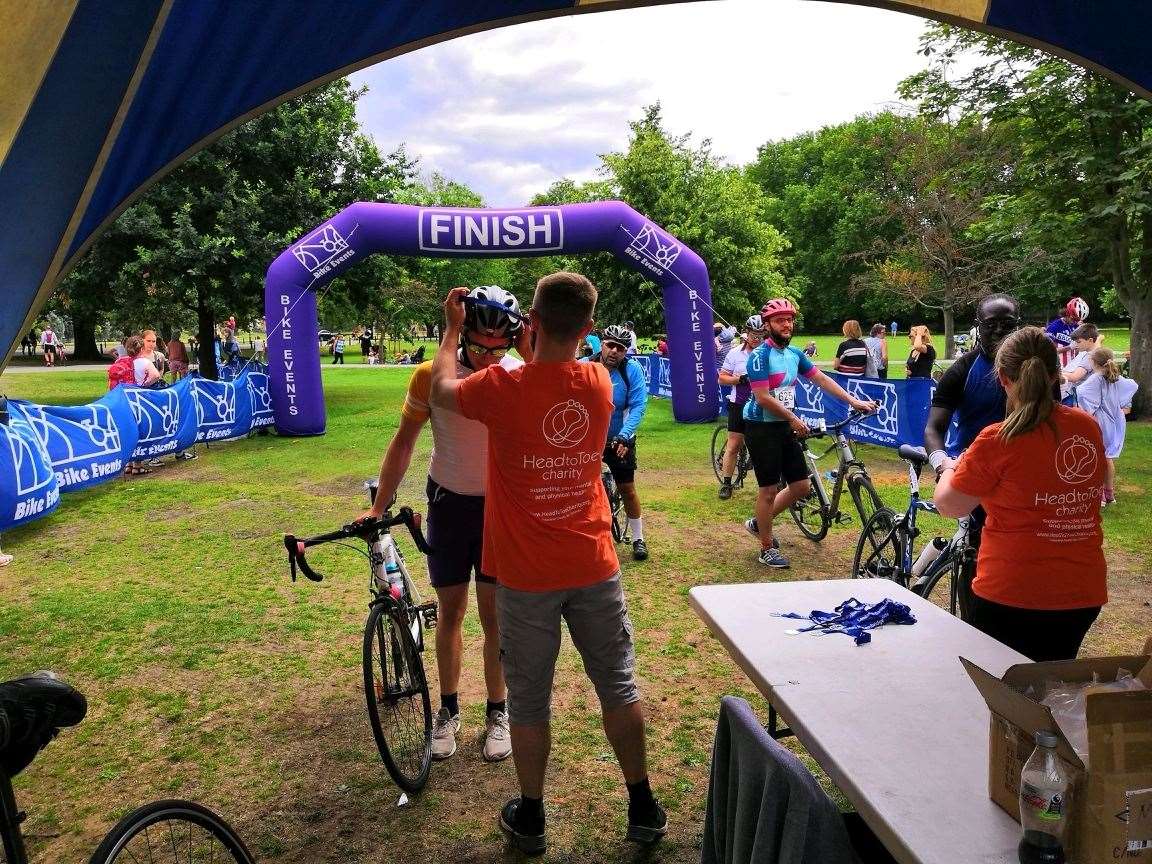 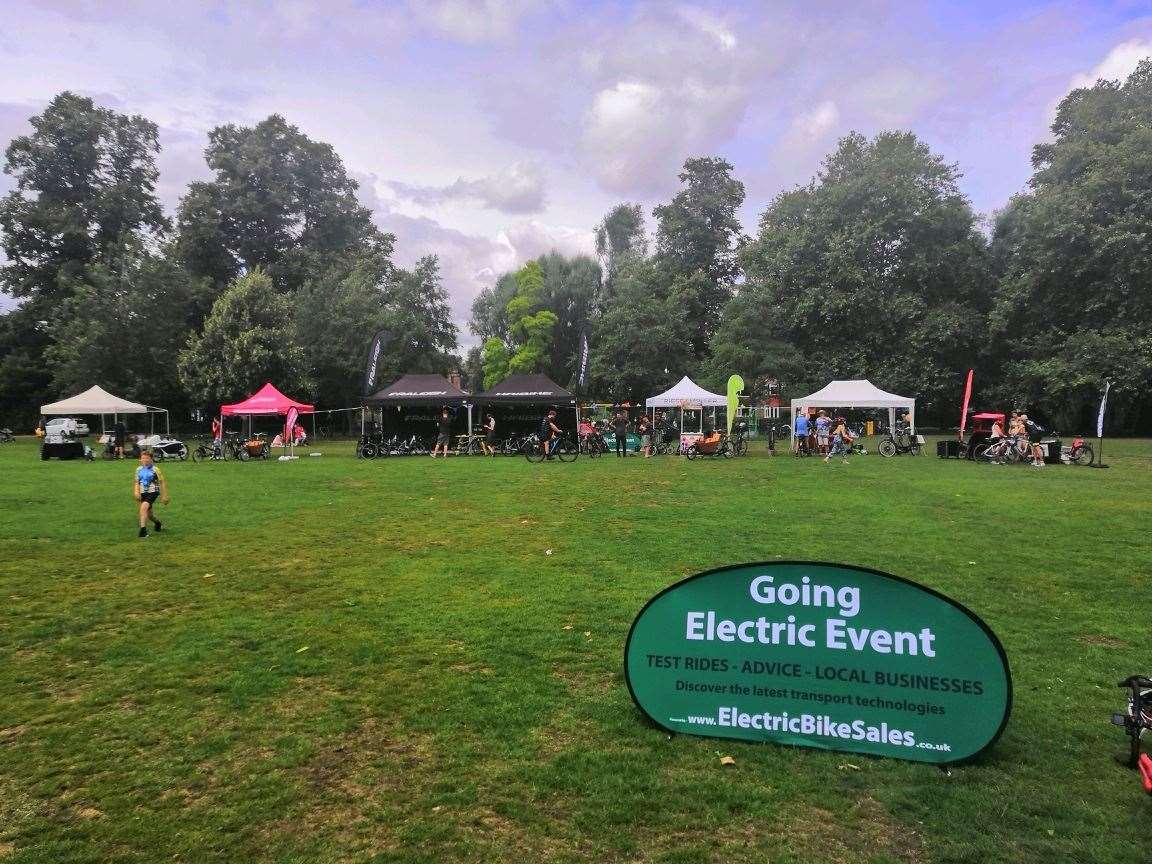 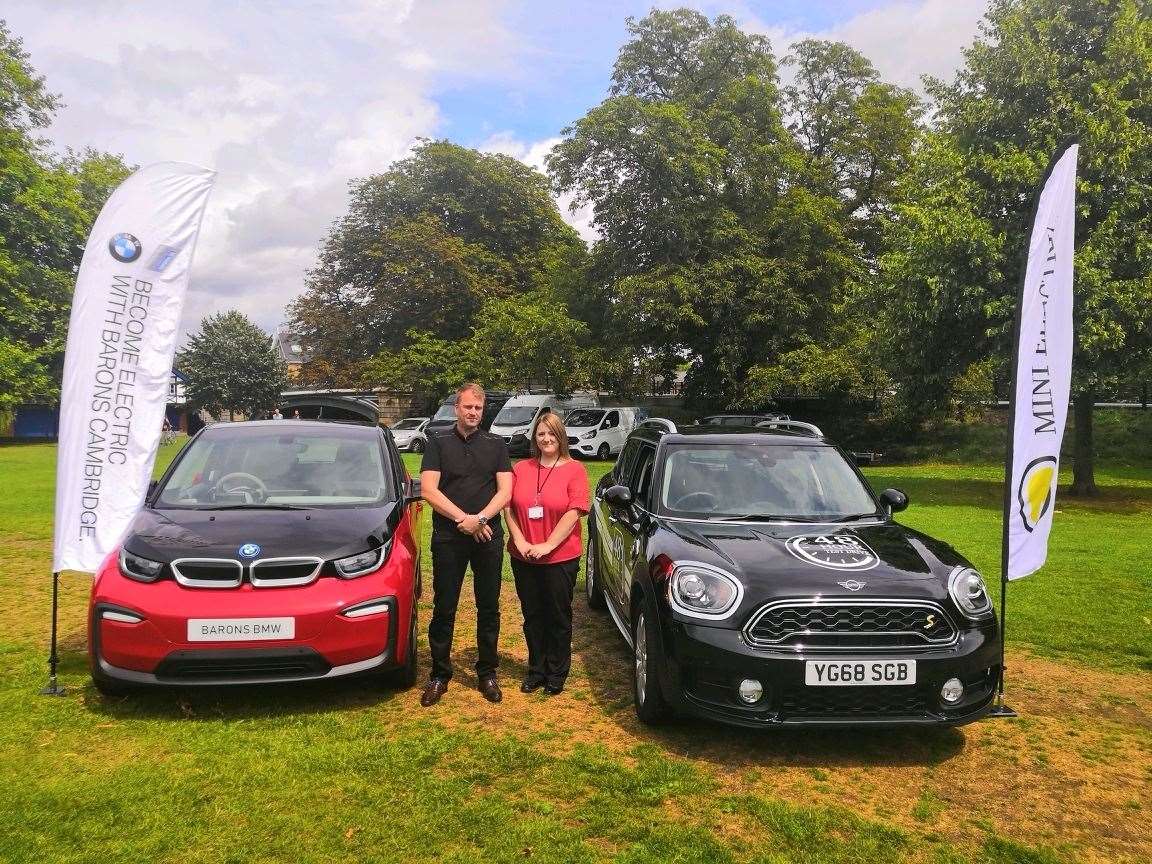 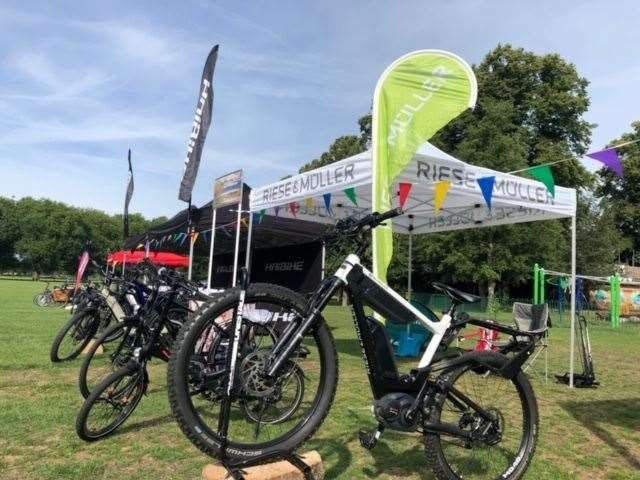 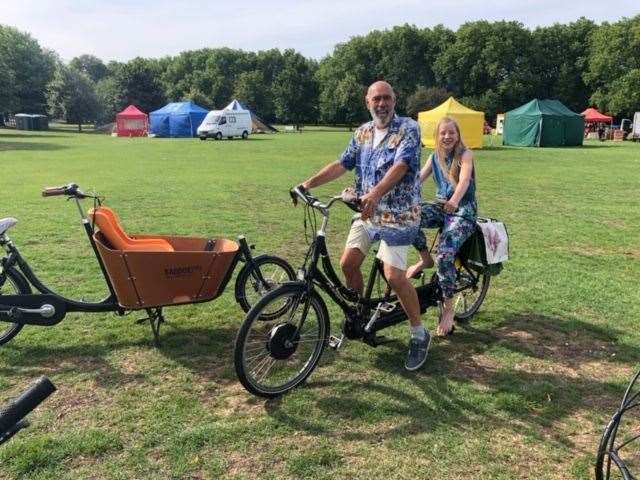 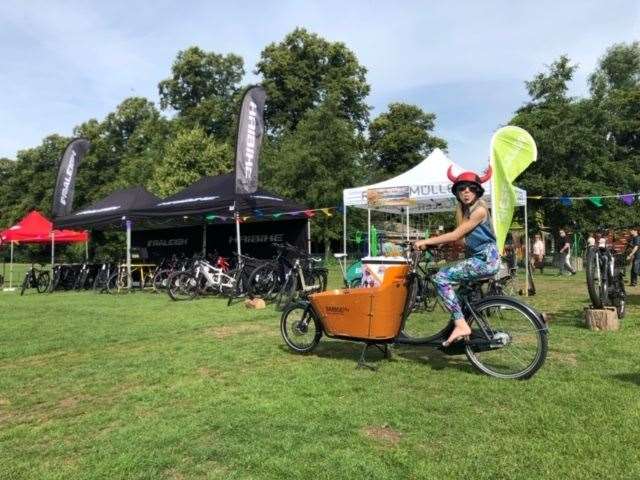 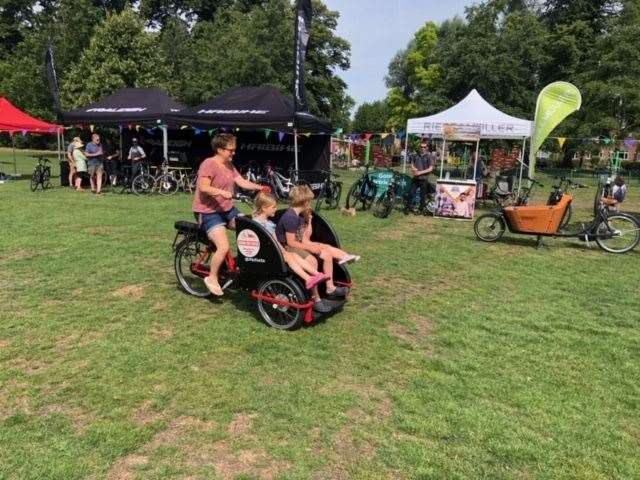 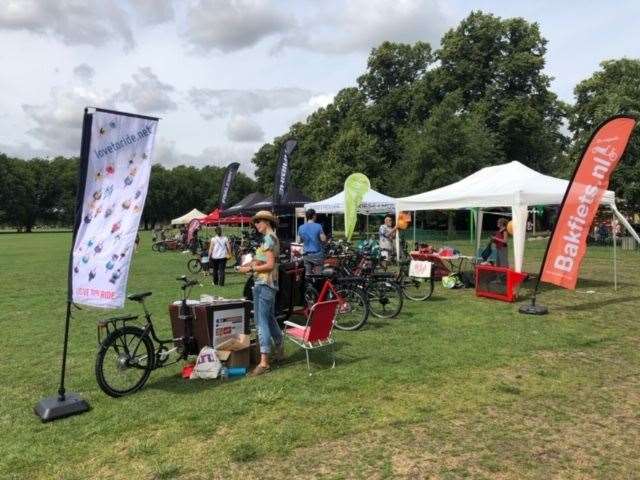 The day went going well for the electric showcase.

"Everyone comes back with a smile after test-riding an electric bike," Eddie noted. As well as a variety of electric bikes from Haibike, Riese & Muller, Flit, and Cambridge Dutchbikes, there were two electric cars on show. To be accurate, there was one electric car - a BMW i3 from Barons BMW - and a Mini Countryman hybrid from Barons Cambridge Mini.

"The first all-electric Mini goes on sale early next year," said sales executive Stephanie Carajohnson. "This is a hybrid - we've had a very enjoyable day here, lots of people have been asking us about the electric range."

"Cambridge Goes Electric 2019 was a huge success," concluded Eddie. "Lots of people, that didn’t before, now understand how easy it is to go electric and why ebikes are becoming so popular. Many people that attended the event were looking for a way to commute or do the school run on an ebike. The electric cargo bikes were extremely popular with both parents and children clearly having a great time on them. When they come back grinning from ear to ear with the children shouting for more you know they’ll be considering their transport options."