A Cambridge couple were left with horrific injuries when they were thrown from their bikes after hitting a huge pothole on a country road.

Bettina and Mark Scarlata were cycling into Wickhambrook in Suffolk on July 17 when they both hit the four inch deep, two feet wide, four feet long pothole, on the B1063.

Bettina, 49, suffered a traumatic head injury and shattered elbows, and has no memory of the accident after suffering concussion.

Mark, 48, a priest and teacher, was thrown from his brand new Factor road bike and suffered six broken ribs, a broken collar bone, a fractured spine, and a fractured finger.

Bettina, who works at Heritage School in Cambridge, said: “Mark is now immobile as he recovers and the doctors thought most certainly, I would have been dead, or have lifelong brain damage, if I hadn’t been wearing a helmet.

“They still don’t know if I will regain full use of my arm, which now has metal plates, and Mark has a CT scan coming up for another look at his spine.

“Mark hit the pothole first and then I did seconds later and we both went flying off our bikes.

“I have no memory of the accident and just remember waking up in hospital.

“We were both there for four days in total.”

She added: “Potholes are just death traps and if the council don’t do something about them, someone will eventually lose their life, as we nearly did - the parents of three children.

The couple, who were taken by ambulance to West Suffolk Hospital, are keen and experienced cyclists.

They were riding an 80km route and believe they were travelling at around 25mph when they hit the pothole.

A recent investigation by our sister site Suffolk News found that Suffolk County Council paid out £383,041 between 2015 and 2020 after 712 claims were made for damages and injuries caused by potholes and damaged roads.

In response to the investigation, a spokesman for Suffolk County Council could not comment on the figures, but added: “At Suffolk Highways we continue to focus our efforts on repairing potholes and despite a challenging year due to the pandemic, we managed to repair even more potholes over the past 12 months compared to previous years.

“We have invested in extra resource and work to repair potholes as soon as we can.”

Gemma Jones, who lives in Boyden End, near the B1063, and who was first on the scene, said the pothole had been there for “some time” and had been getting bigger.

“That stretch of road has always been pretty bad,” she said. “I thought the couple had been hit by a car and could see it was pretty serious, and called an ambulance straight away.” 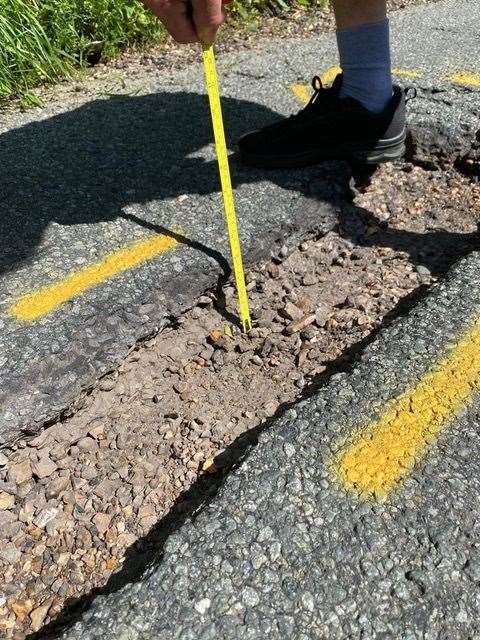 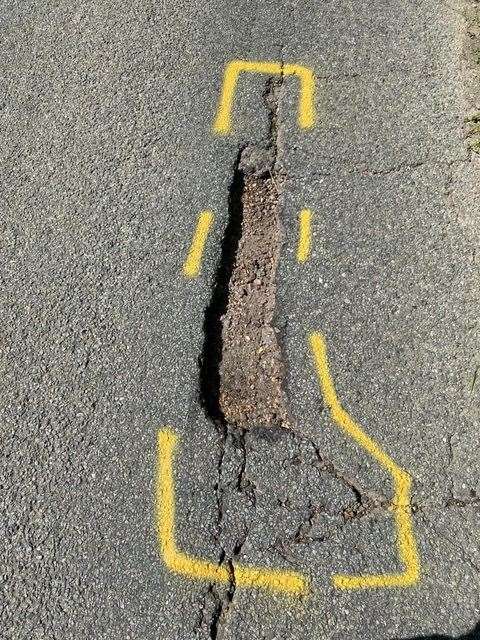 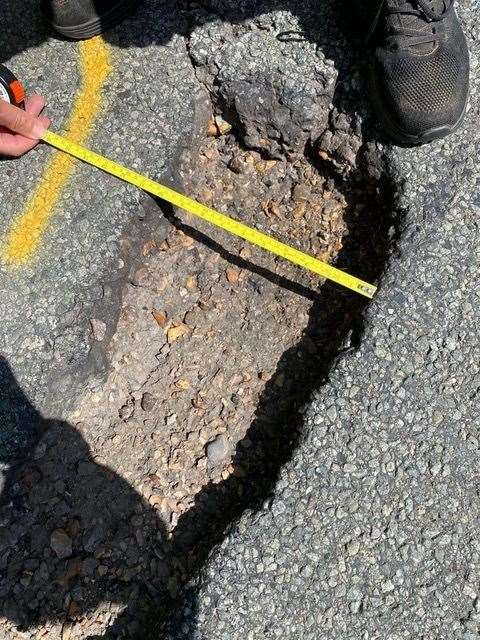 A spokesman for Suffolk Highways said in relation to the Scarlatas’ accident: “We are very sorry to hear of the accident in Wickhambrook and wish the couple involved a quick recovery.

“The pothole had been inspected, marked up and was awaiting repair in line with our maintenance policy.

“However, in light of the incident our teams have carried out a temporary fix prior to a more permanent repair in the coming weeks.

“Although we repair many thousands of potholes every year, unfortunately not all potholes can be eradicated at once which is why we encourage all road users to take extra care and drive to the conditions of the road.

“Our teams regularly inspect all roads across the county, however we cannot be everywhere at once - so if anyone sees a pothole that needs repairing, report it at www. highwaysreporting.suffolk.gov.uk.”

A spokesperson for Wickhambrook Parish Council, said: “We are working hard to address any road safety issues reported to us, and engage proactively with Suffolk Highways, the agency responsible for maintaining our roads.

“We hope that the cyclists injured on this occasion make a speedy and complete recovery.”

Meanwhile, the Cambridge Independent reported how Cambridgeshire County Council paid £339,717 to drivers in compensation between 2018 and 2020, according to figures released under the Freedom Of Information Act.

It also paid out more than double the £112,973 handed out by Essex County Council despite the counties being similar in size.

A county council spokesperson said: “We investigate all reports of highways issues within 10 days and when we find potholes we repair them within 21 days, in line with our published standards. During the time from 2018-20, when these insurance claims were paid, we invested nearly £6.5m in tackling pothole repairs across the county.

“In 2020-21 we repaired over 61,500 potholes across Cambridgeshire. Thousands of these potholes were fixed by our two innovative ‘dragon patchers’ machines, which can repair potholes and renew road surfacing up to five times faster than traditional methods.

“We encourage the public to help us identify highways issues like potholes by logging them on our easy-to-use roads reporting system available at highwaysreporting.cambridgeshire.gov.uk.”

Sign up for our weekly newsletter and stay up to date