Cambridge Pride Gallery: Everyone loved the inclusiveness - even Nobby Nobbs the rat

The day started with a punt flotilla from Quayside at 11am and ending at Jesus Green Weir at noon, after which the action took place on Jesus Green until 10pm - at which point the "after-Pride" partying began.

The long-awaited event created an opportunity to celebrate the diversity in the LGBT - lesbian, gay, bisexual and transgender - community, linked to similar occasions across the country. Although 15,300 people identify as LGBT in Cambridgeshire, the community is often fragmented due to rural isolation and relatively scare services and amenities.

Pride also provides an important platform for advocacy and advice. On Jesus Green this meant a Wellbeing area with free sessions at the Sanyam Yoga and Wellbeing tent, sponsored by 'Runescape' makers Jagex. At the Youth Tent there were workshops including 'Queer Bake Off' and the Rubber Duck Workshop, which involved playing the classic 80s song 'Take On Me' by Aha with rubber ducks. C'mon, it's on everyone's bucket list!

Over at the Community Lounge various local and national community groups and charities, sponsored by Arm, held sessions on T-shirt printing, singing in a choir, a lip sync battle, and a 'commoners comedy club'.

By mid-afternoon the rain had cleared and everyone started having fun as the sun emerged and the main stage's guests started picking up the beat. Colonel Spanky's Love Ensemble - they're based out of Clare College - got everyone moving with their interpretations of 9 To 5, and Video Killed the Radio Star, and lead singer Jaspyr Hansell-Rainbow had some great between-song patter. After 'She's Got a Girlfriend Now' she said: "That was 'He's Got a Girlfriend Now'. You know who hasn't got a girlfriend? Me. So maybe you can help me out. I'll see you later! Normally I do that joke at straight gig gigs and it doesn't work but this... is something else!" 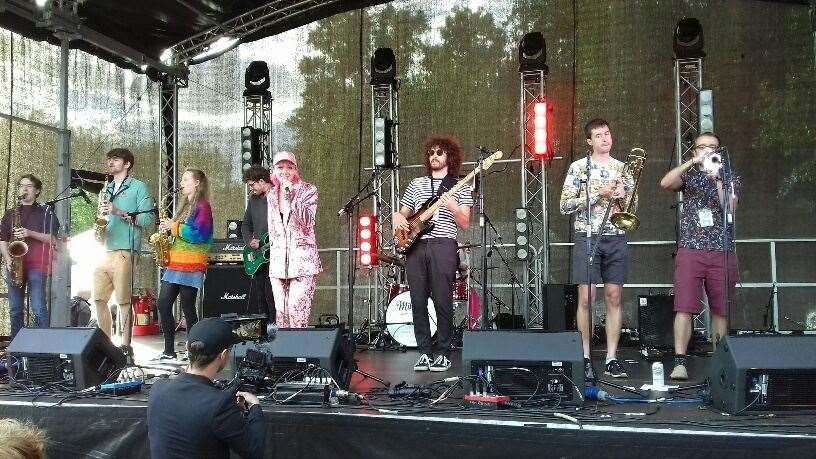 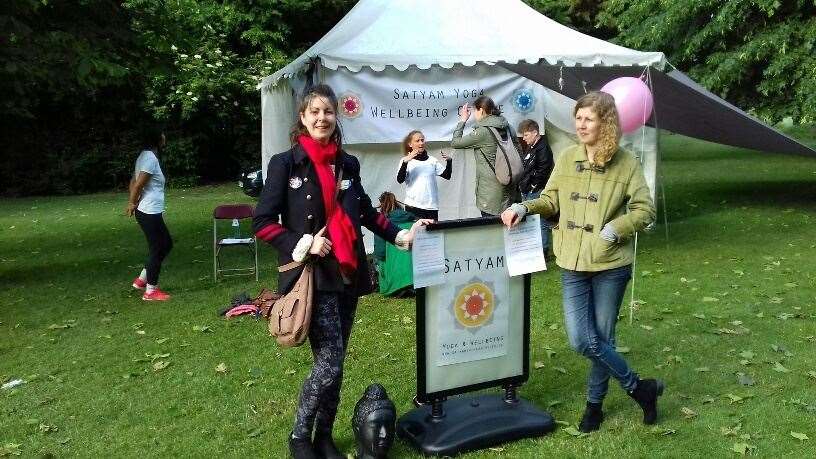 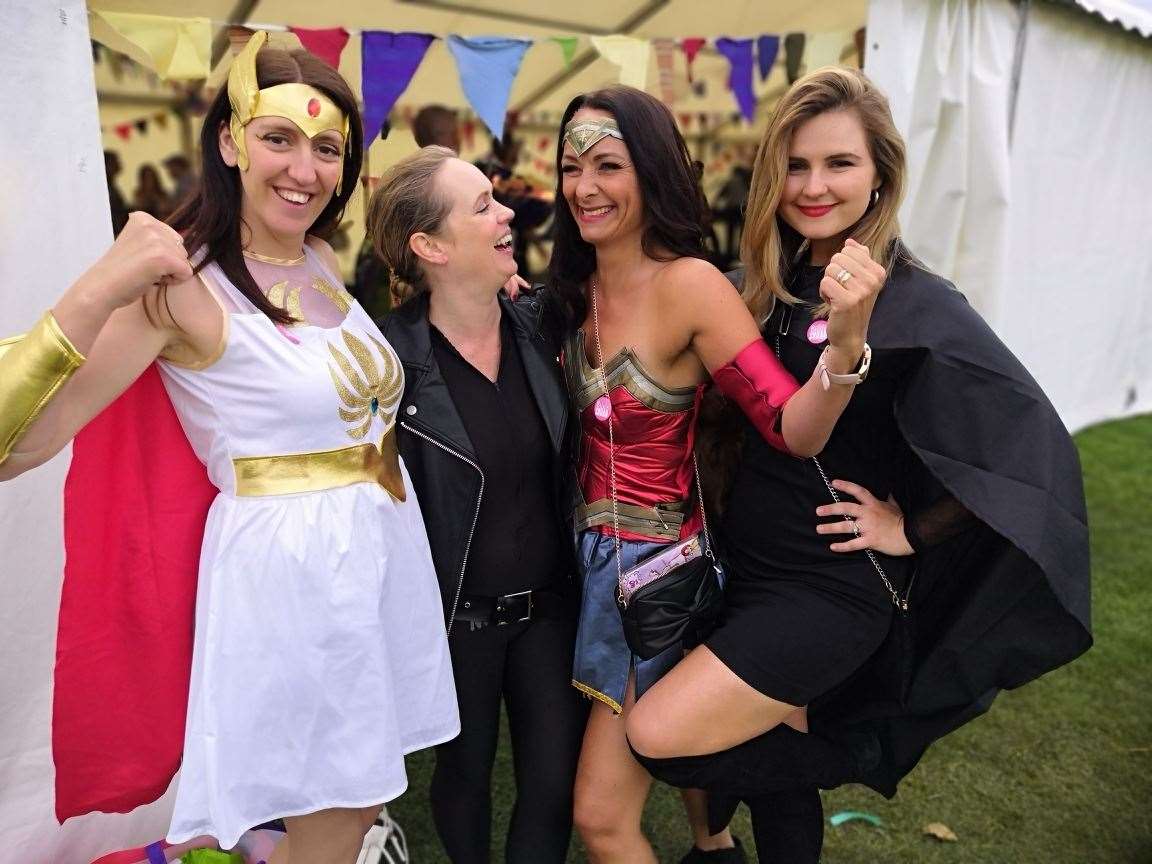 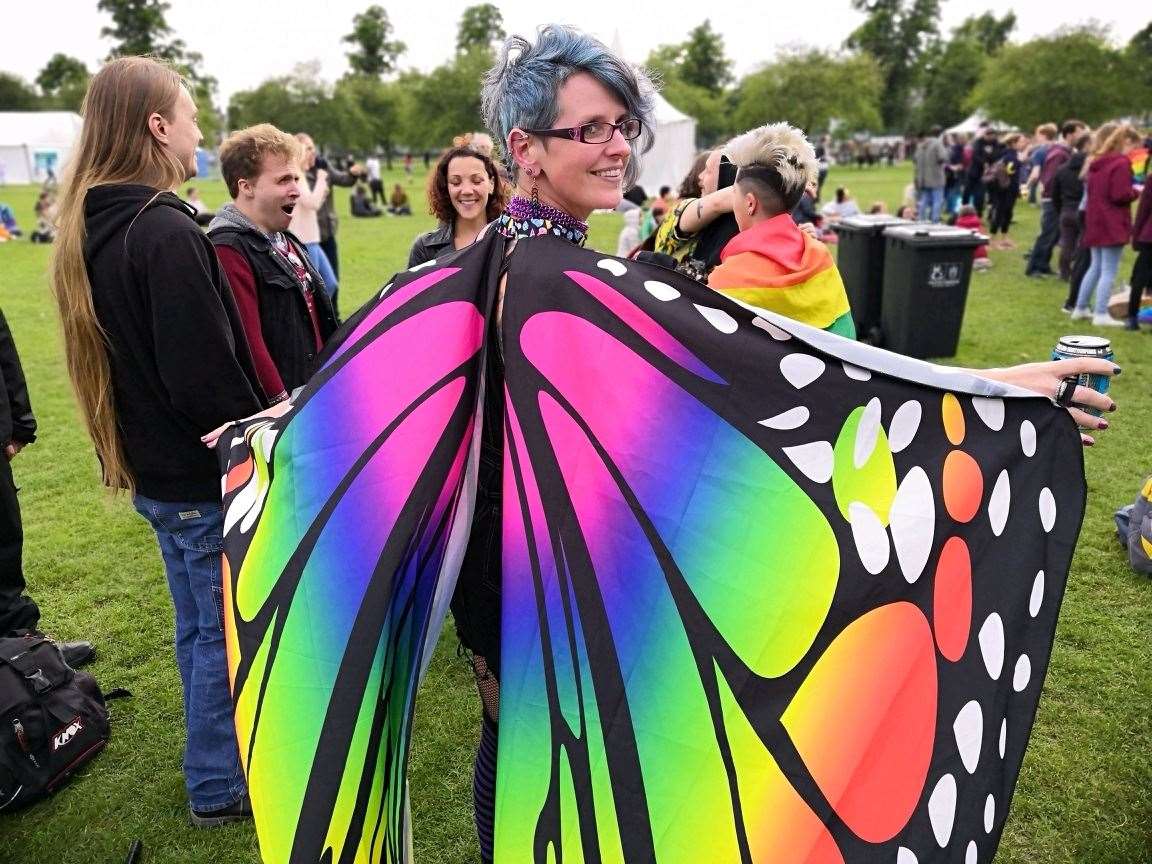 In the Community area were Unite the Union and Solidarity Not Charity, an organisation for empowering "free individuals dedicated to mutual aid". Jack Trash on the stall explained that all the money went to refugees. Jack's colleague Lizzy Devlin explained that in practice this meant going to a Elliniko refugee camp near Athens. Lizzy has already visited the refugee camp at Lesbos.

"There's eight or nine thousand refugees in a camp meant for 5,000," she said. "Medicin Sans Frontiers moved out of Lesbos two or three years ago because conditions there are so bad which tells you all you need to know." I bought one of their T-shirts.

Stunt of the day was performed by Aithghen Waldron. When asked by the photographer if they'd like to be filmed, Aithghen, said: "Sure, hold on", reached into their bag, lifted out a rat and perched it on their shoulder. The rat's name? Nobby Nobbs.

The evening ended on a high with performances from Beyonce Experience, and Booty Luv & Big Brovaz.

Pride is organised by volunteers in association with The Pink Festival Group charity. Spokesperson Jasmin said: "We planned for 5,000 people to come along today and it's been a great turnout."

Last word goes to Tristan who said: "I'm a straight guy but it's been such a lovely atmosphere here today, I'm going to go to the ones in Brighton and Manchester."

It was that sort of day.