Youth Strike 4 Climate in Cambridge: Video and galleries from day of action

An open letter written by Cambridge school children has been sent to more than 40 schools in the area, urging teachers and pupils to attend the strikes and inviting them to join the Cambridge Schools Eco-Council. The letter follows the successful inaugural meeting of the eco-council on March 9, and the second school strike this year on March 15, which saw 500 school pupils take to the streets of the city to highlight the seriousness of the climate crisis.

The open letter says: “We are truly in a climate emergency, and we need to act quickly to prevent an unimaginable future of heatwaves, extreme weather events, crop failures, and eventually wars over resources such as land, food and water. We are afraid for our own future and for generations of children to come, and the terrifying changes are already happening.”

The school strike for climate movement was started by 16 year-old Greta Thunberg in Sweden last year and has now spread worldwide.

Ella Hone, 11, of Chesterton School, helped organise the school strike movement in Cambridge and said: “Climate change is important to me because it is my generation that’s going to get most affected by what is happening.

“I got involved because my mum showed me Greta Thunberg’s TED talk, and I was shocked at how bad climate change was. I thought it was important, so I helped organise the first School Strike for Climate at my school.” Jona David, aged13, of Kings’ College School and a UNESCO Voices of Future Generations child author and another ‘Spokeskid’ for the new eco-council, said: “Kids can do a lot more than people think. We need to raise our voices, and speak truth to power.”

“We can also act locally and globally to make a real difference. I try to make a difference in my school, co-founding an eco-society and pushing for more sustainable decisions. I also try to make a difference through the books I write with the UNESCO Voices of Future Generations Children’s Initiative and with Bloomsbury. The new one, The Cosmic Climate Invention, focuses on the need to get smarter, much faster, worldwide.”

“The former UN Secretary-General said that we’re the last generation to have a chance of solving climate change. I think he’s right. Our leaders need to start making better decisions, and we all need to start really using the new science and technologies which respect future generations and our Earth, before it’s too late.”

"I have a message for everyone," said Nico Roman, 10, from King’s College School in Cambridge, co-chair of Cambridge Schools Eco-Council, and a UNESCO Voices Child Ambassador. "Even the smallest child can make a BIG difference! Our new eco-council brings together pupils from schools all across Cambridge, to share our concerns, to cooperate, and to speak out!

"We are hosting these Youth Strikes for our Climate in Cambridge, because we are petrified. We care about all the kids here locally and worldwide who will be hurt, or even die in typhoons, floods and droughts.

"In school, we learn to be kind, to care for others, and to be responsible. Destroying our whole planet is totally NOT ON. Maybe our decision-makers need to go BACK TO SCHOOL.

"Any schools here today are welcome to join the Eco-Council – just come find me with an email address!

"And here's a new chant, for later - Carbon breaks the golden rule; Decision-makers, back to school!" 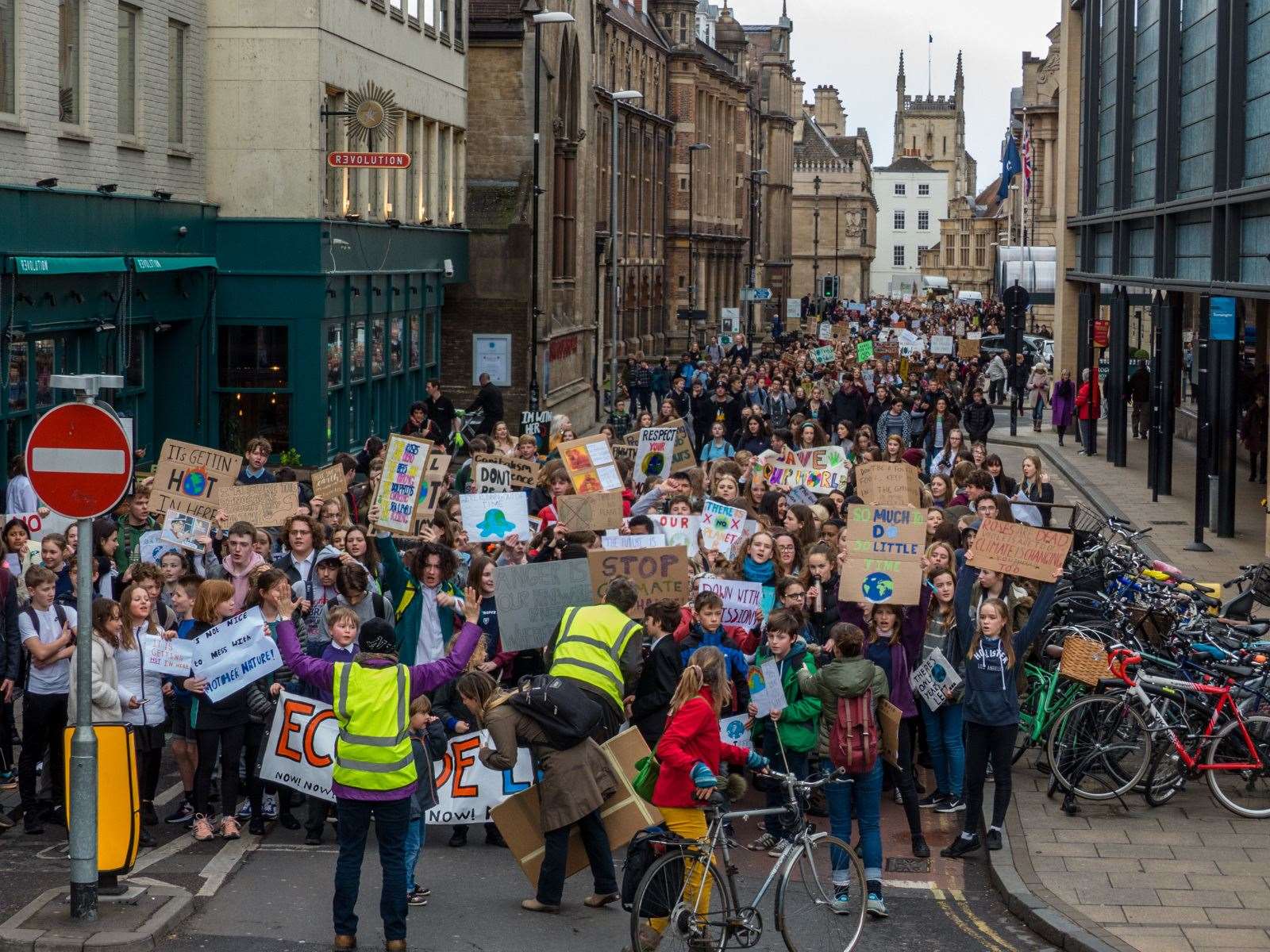 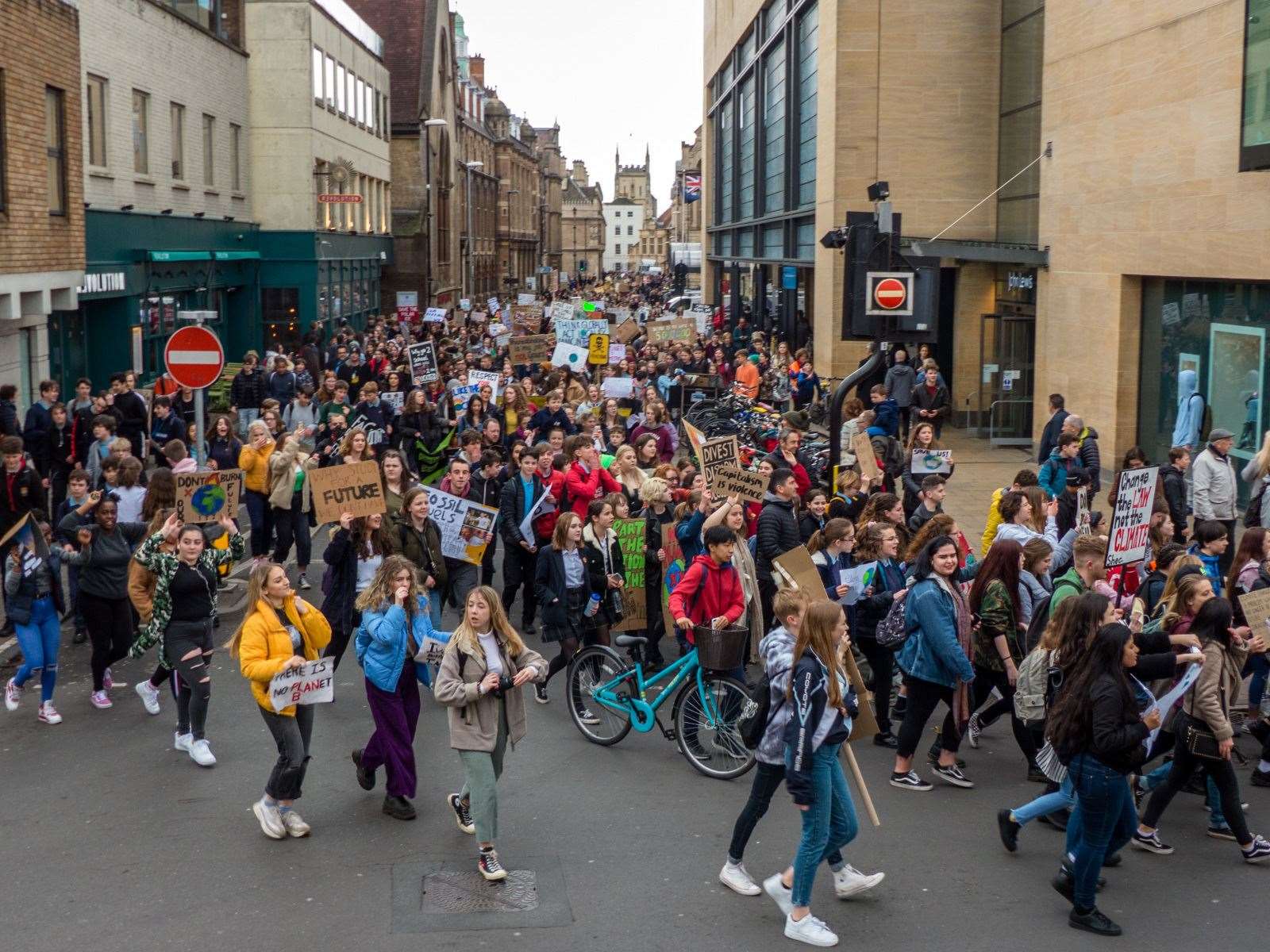 "We call on our government, local councils, schools, universities and society to take swift action to reform our socio-economic system and strive for climate justice," said Cambridge University student Marcel Llavero Pasquina, who is also a member of the Cambridge Zero Carbon Society, and an elected member of Cambridge University Council.