Environment minister Michael Gove was “visibly moved” when he was visited on Monday by Cambridge school students demanding immediate action on the climate emergency.

Representatives of the Cambridge Schools Eco Council, including 14 pupils from seven different primary and secondary schools, met Mr Gove at the London headquarters of the Department for the Environment, Food and Rural Affairs (DEFRA).

They presented the Secretary of State for Environment, Food and Rural Affairs with an eco-action plan which included “giving young people a voice in decision-making on climate change through a national eco-council for children and youth”, and “improving education and action on climate change in schools”.

One of the parents present, Monica Bijok, said: “Michael Gove listened attentively, predictably he defended the government record. But I felt something may have shifted at the end.

“Ella and Arthur read their short story If We Fail, in which they look back on their lives in 2060, describing the loss of songbirds in a heatwave, their morning songs just a memory, and of Londoners becoming refugees in their own country due to rising seas. Then Freya Lundskær-Nielsen read a poem she wrote called Silence, about extinction. It's hard to hear and not want to cry.” [Silence and Climate Refugee reproduced below by kind permission.]

"It was at this point I felt the mood in the room changed, and suddenly we all understood the gravity of what we are up against. Where science and statistics may have failed, art may yet succeed because it speaks to the heart."

Another parent at the meeting, Joanna Depledge, said: “The children made a very powerful impression on Mr Gove, who was visibly moved by the poems and short story, along with their deep knowledge and understanding of the issues. He actively asked for their opinion, for example, on what to do about aviation. He was astonished to learn that none of them had flown more than twice in the past year.”

The pupils and students, however, who have brought Cambridge streets to a standstill this year, were less taken in.

An eco council spokesperson later stated: “It was great to hear that Mr Gove plans to set up a youth assembly on climate change, as this was one of our key demands going into the meeting. But we’re disappointed that the planned assembly will only include youth aged 14-24. The youth assembly must be open to all primary and secondary school-aged children. Younger children have the greatest stake in the planet’s future, but we can’t express our views by voting."

The Cambridge attendees at the 11am meeting later gave their take on the occasion.

Ginny Denmead,14, said: “Mr Gove claimed that the UK is a leader on climate change because of our net zero by 2050 target. But 2050 is too late. We only have 11 years until climate change becomes irreversible.”

Harry Auld, nine, said: “It was great to meet Mr Gove. He pointed out lots of positive things that the UK is doing but I’m still worried this is not enough to save our planet.”

Freya, 10, said: “While we are grateful that Mr Gove listened to what we had to say, and explained the progress the government has already made to tackle climate change, he seemed unable to understand the urgency of the climate crisis, putting barriers up to potential changes, and failing to see that rapid change of our lifestyles is vital to protect our planet and all of our futures.”

14-year-old Samaya Hone said: “This is a bigger crisis than the second world war. During the war, people made sacrifices, and they need to now. We need energy rationing, we need to stop using cars, and we need to plant trees, or we face extinction.”

Ginny concluded: “Mr Gove was very kind and open to our ideas, however his response to our proposed commitments were not as thorough as we would have liked.”

Cambridge's Labour MP Daniel Zeichner added: “I was so proud to join school children from Cambridge meeting the Secretary of State, Michael Gove. They got their points across passionately and eloquently.

“Mr Gove committed to writing to them to outline the government’s plans for tackling climate change, and asking for their feedback on his proposals. I hope that he takes their suggestions on board." 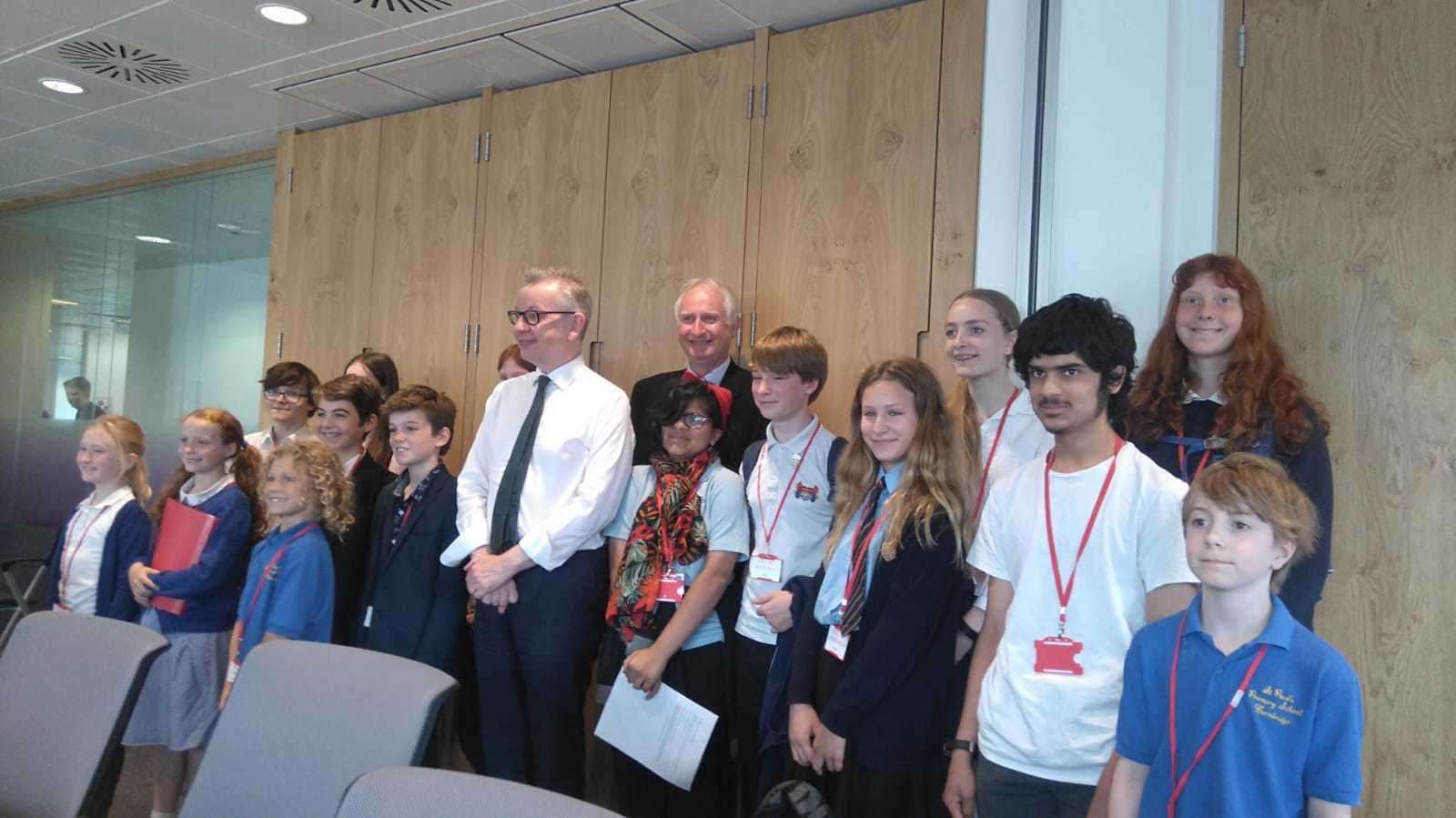 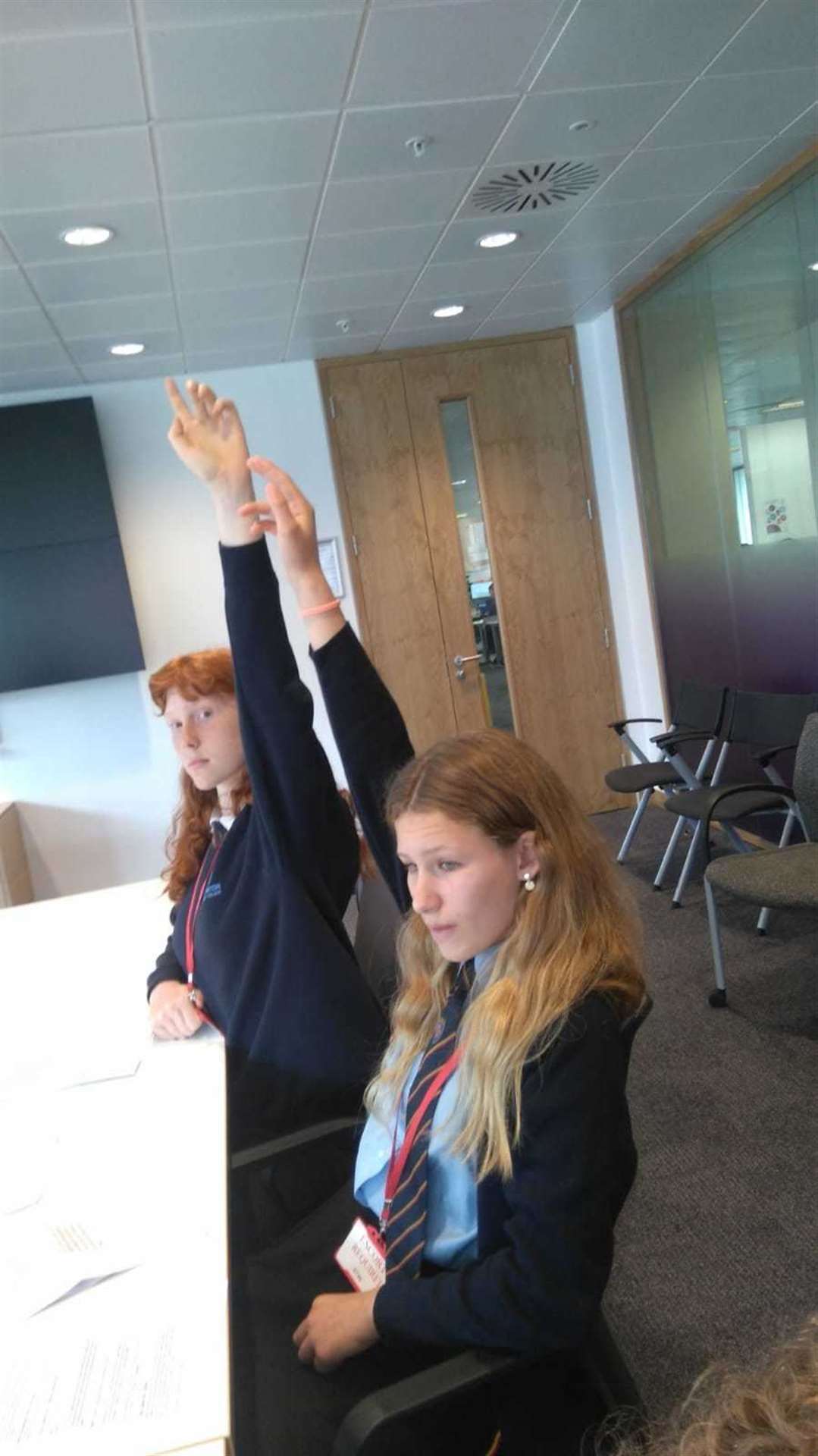 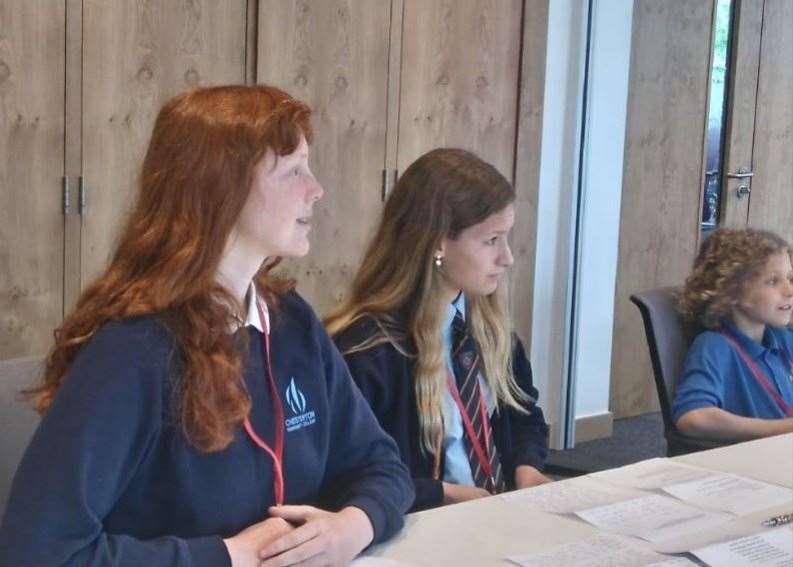 Where are the birds,

Singing in the trees?

Where are the bees,

Buzzing merrily across the flowers?

Where are the lions,

Where are the rainforest creatures,

Where are all the animals

Fire rages across the land

Plants dead, home destroyed, whatever will I do with me?

Running with me, my mum takes my hand,

We flee from everything we love, had a scare

Greedy flames eat away at our plot

I won’t eat for days I know, even if I’m hungry

The sight of this happening to us, it’s happened to a lot

To the people of the past, thanks a bunch

’Cos of fossil fuels, the planet’s in agony

Climate change’s destroyed the Earth with a crunch