Cambridge Youth Strike - 'Change the system not the climate': Gallery

The surreal sight of young people from the age of about five to 25 bringing city life to a halt to urge further action on climate change continued today (May 24) as 800 protestors took to the streets on an international day of youth strike action.

"The planet is not just changing - we are causing our entire planet to collapse," said speaker Giulia Armiero outside Great St Mary's Church, after 800 pupils, students and families had walked from Shire Hall into King's Parade and then circled back via Downing Street to Market Square to the iconic church. "This is a war between our capitalist economic system and many forms of life on earth, including human life itself. The economic model in place requires constant expansion and exploitation of natural resources and is in opposition to the laws of nature. Only one of these laws can change - and it's not the laws of nature. Enough already - change the system, not the climate!"

The level of righteous anger displayed by the school strike movement this year is becoming more indignant, more focused. And, where the chanting and placards are concerned, more inventive. 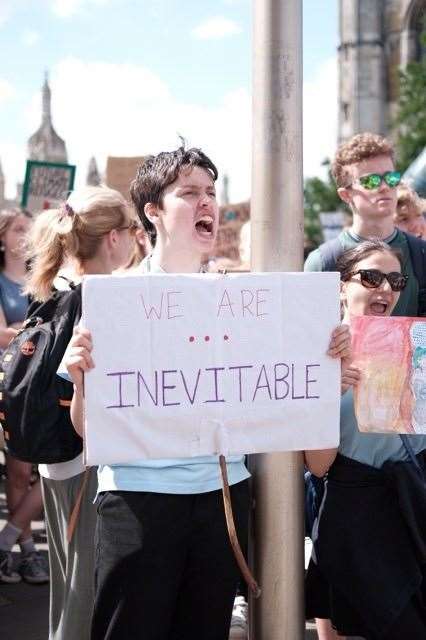 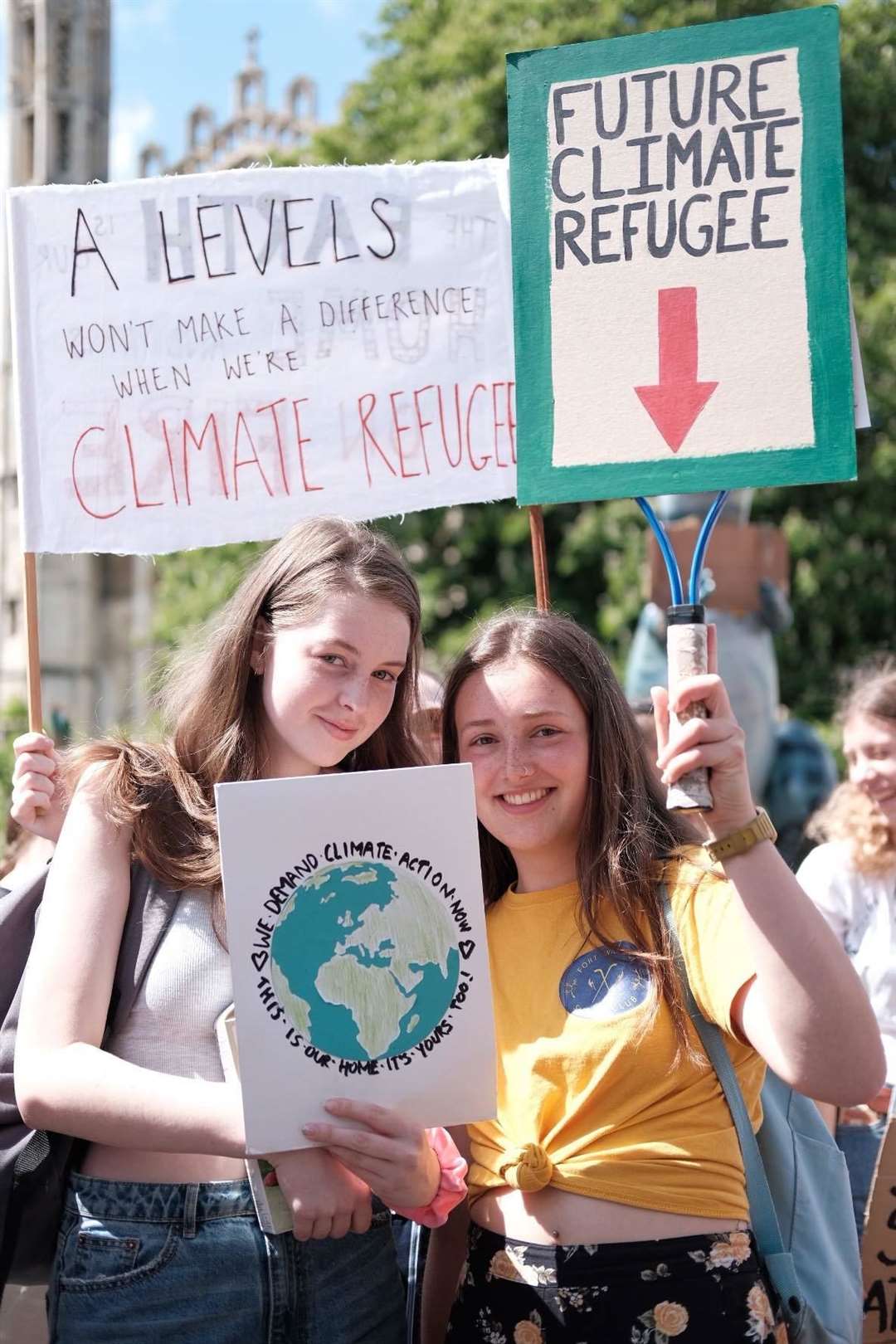 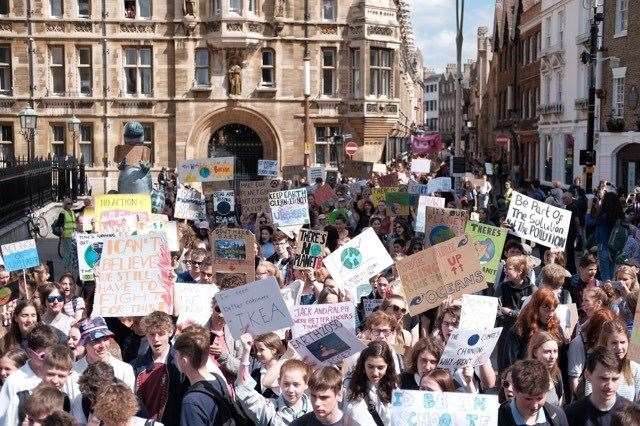 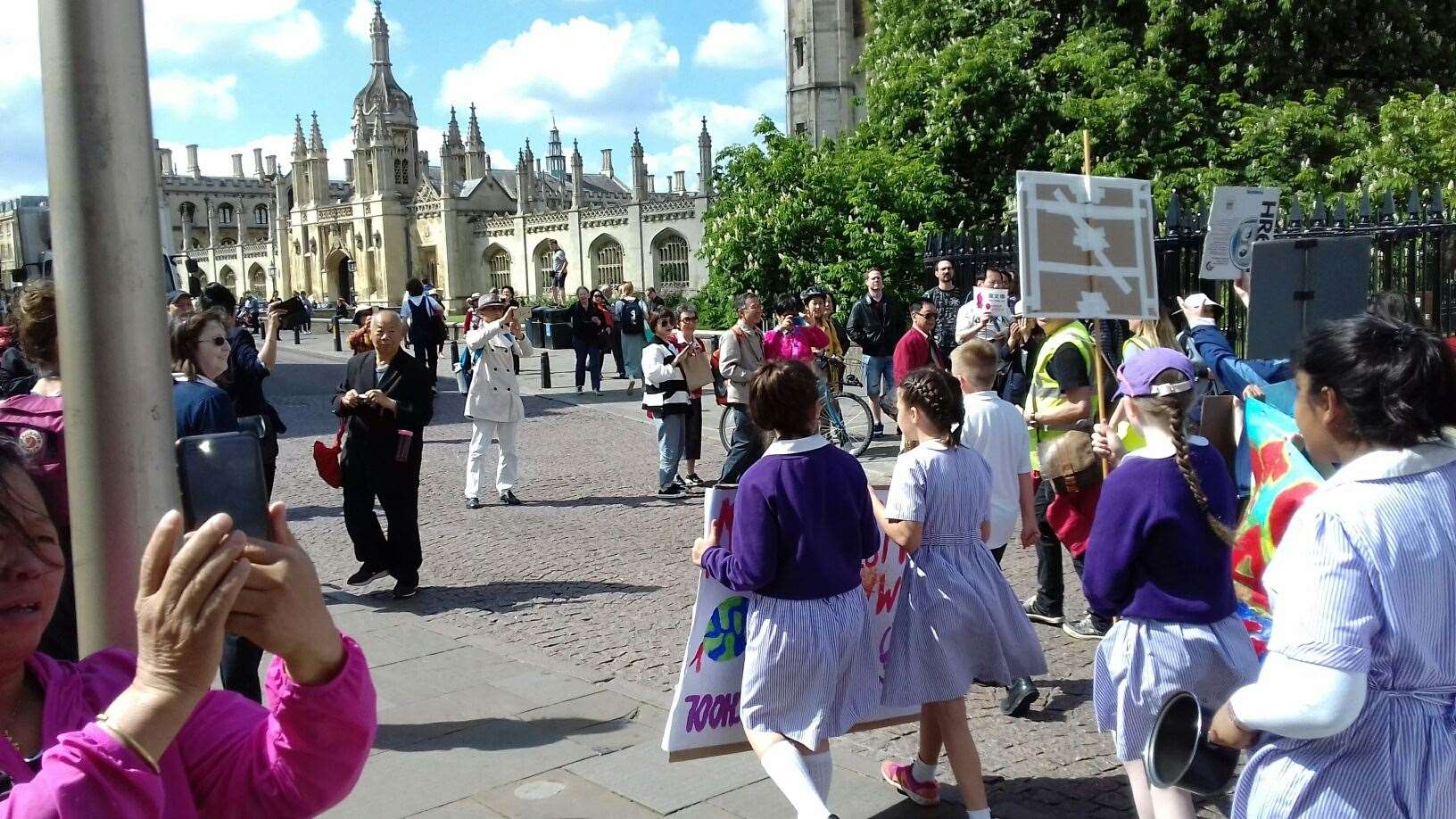 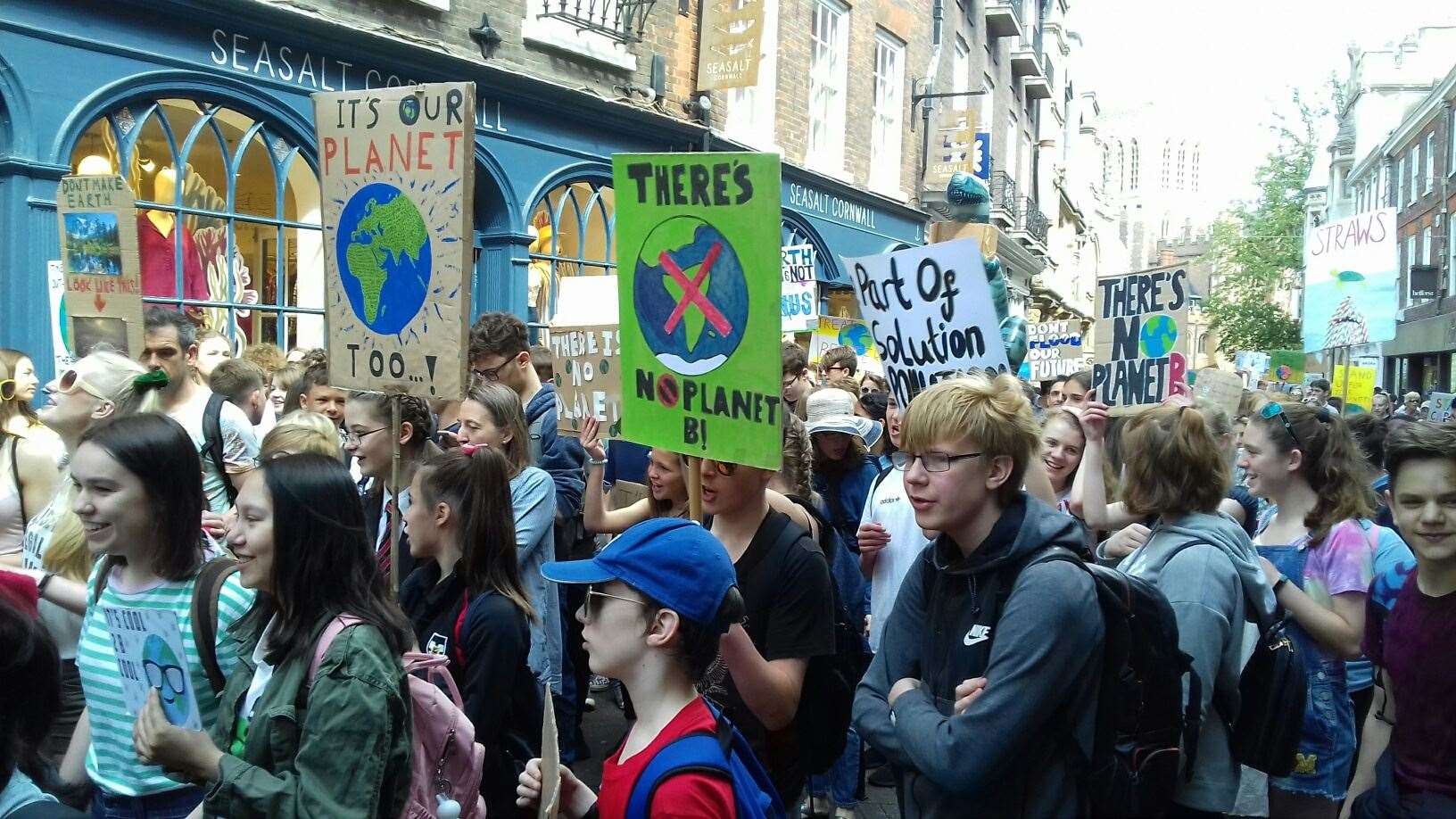 Speaker Jona David, 14, who is part of the Cambridge Schools Eco Council, told the crowd: "Even as the world starts to burn due to climate change we have the courage to stand up here together... This is a climate emergency and even though we can't vote yet we will face the terrible consequences of what is happening. Since we started this year there are now 27 different schools in the Cambridge Schools Eco Council - and new ones are joining every day. We are demanding decision makers at the city council, at Shire Hall, in government, and internationally act now. We need action on all levels, everywhere. Climate change will cost us everything if we can't keep to under 1.5 degrees of warming within the next ten years."

Ella Hone, 11, said: "We need to change all our lives and systems immediately or face an unimaginable future - or extinction. We want to see all schools adopt eco-codes, become eco-schools, serve only eco-food for school lunches and educate pupils about climate change."

"We have one man across the ocean who is leading this world to war, and who has broken every climate change treaty," he said, "and I'm not alone in being outraged that Theresa May won't stand up for what is right."

Proceedings were then briefly interrupted when Nico Roman, 10, told the crowd: "Theresa May has resigned." They cheered, remembering how the PM told striking pupils they were "wasting lesson time".

Ginny Denmead, 13, said of the youth strike movement, inspired by Swedish teenager Greta Thunberg, who mobilised 1.6 million people globally on March 15 in what is seen as the largest climate protest in history: "We need to take a stand together. We are standing out here risking our attendance records and risking detentions. Is it worth it? Absolutely!" For this Ginny won the biggest cheer of the day.

Closing the day's proceedings, Helena Davis, 18, told the crowd: "Since we started these strikes the UK has declared a climate emergency but so far nothing much has changed, so we are going to keep up these strikes until it does - thanks for coming!"