Campaigners trying to save the market square’s cobbles are celebrating after they managed to win the stone setts grade II listed status.

A recent feasibility study ordered by the city council had suggested removing the cobbles and replacing them with paving was an option in order to redevelop the square so it could be used in the evenings and for entertainment purposes.

But after an uproar from some traders and shoppers an application was made by local campaigners to have the cobbles and Victorian railings in the market protected by historic England.

Now any plans by Cambridge City Council to develop the square will have to take into account the cobbles’ historic status.

Campaigner Glenys Self, a market trader and founder of the Friends of Cambridge Market, said: “This is good news for Cambridge Market, traders and shoppers, sightseers and chiller outers....and for the whole city, region, country and, as we are a World Heritage City, for the whole world, who come here to see this beautiful old famous Market,

Glenys has campaigned to have the cobbles relaid and retained since becoming concerned that any redevelopment of the market could see them dug up and removed.

She added: “The old atmosphere and character the cobbles create would have been destroyed if the Council were to have got rid of them. Nothing else would have given our City this beautiful rustic warmth. And for reasons I didn't realise before I started on this campaign, people tell me on the Market that they come all the way to Cambridge...from London, Nottingham, Bedford, Norwich and beyond , so they can just wander and relax, walking on these old stones between the stalls.. Locals too say they feel all the better for having walked on them around the market. I didn't know there was all this love for them. It is something that has come to light as they came under threat. And it's for all this that we carry on with trying to get them maintained and cared for and re-laid properly with wheelchair freeways, as they have in other markets 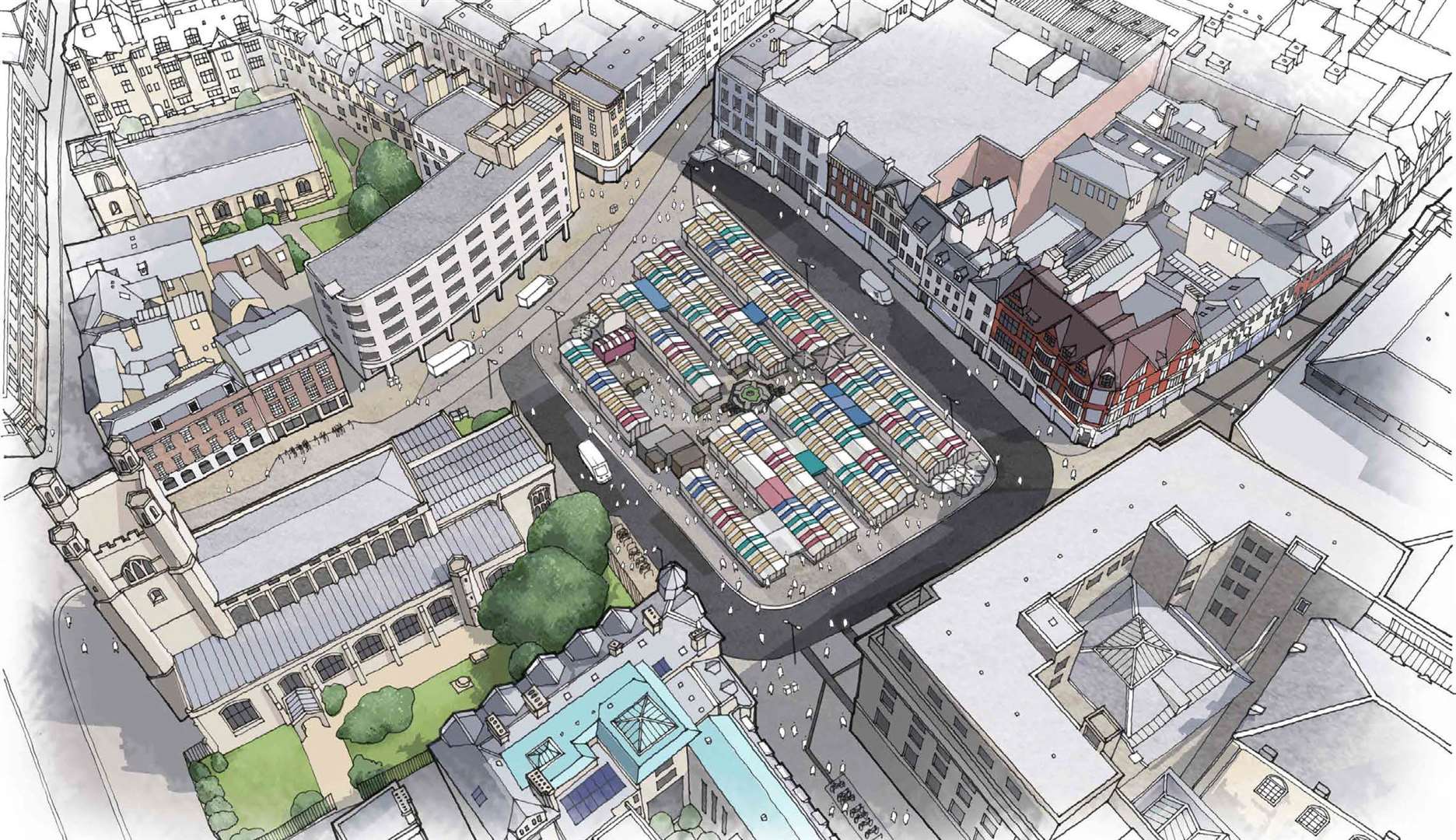 John Preston, a former historic environment manager at the city council, made the application for the listing. He said: “I’m delighted that the historic character of the railings and the setts is being recognised.”

The listing by Historic England said the grading had been given because of the “architectural interest” of the setts and railings. They explained: “the setts are an integral part of the mid-C19 scheme for the expansion and re-laying of the Market Place and can be accurately dated to 1855-1856; given that the use of granite setts only became widespread from the 1830s, this is a relatively early surviving example of a large area of historic paving; the handsomely designed railings are of good quality ironwork and, other than one gate, are in their original condition.”

They added the railings made “an important contribution to the historic streetscene; along with the Grade II listed fountain in the centre of the Market Place, they form a significant ensemble of historic street furniture in the commercial and civic heart of the city.”

The city council, which has recently carried out a feasibility study in which several options envisaged removing the stone setts.

Joel Carré, head of environmental services at Cambridge City Council, now confirmed the cobbles and the railings would be “acknowledged” but that a key objective was making the market square “an accessible which all sections of the community are able to safely access and enjoy.

“The existing uneven surface of the square and associated changes in kerb level currently make it difficult for those less physically able to easily access and enjoy the space. In the next phase of the project, we will be working to ensure the implications of the various listed structures associated with the space are fully understood and reflected in the proposed vision and concept design plan.”

He added that “areas of setts could be re-laid to improve levels” for wheelchair users but that the council expected local building consent “would not be forthcoming for removal of the setts, as it would be a major change in character and so contrary to Local Plan policy/ national guidance.”