Charles has fun with World Pangolin Day run across Cambridge

World Pangolin Day on Saturday (February 20) saw an unusual sight – a pangolin running around Cambridge. On closer inspection it turned out to be Charles Emogor kitted out in a pangolin outfit to raise funds for the Save Pangolins charity protecting the unusual mammal.

The pangolin is in trouble: of eight different species, two are on the endangered list. It is now one of the most trafficked animals in the world, with 1m wrongfully killed last year. More is now known about the gentle creature because it has been implicated in being involved when the SARS-CoV-2 virus hopped species. The race is on and Charles has helped the cause with his run, which lasted eight hours, one for each different species.

Fortunately the weather held up for Charles, who said: “It was undoubtedly a tough physical challenge but it went by so swiftly because of the support I had from friends and the general public. 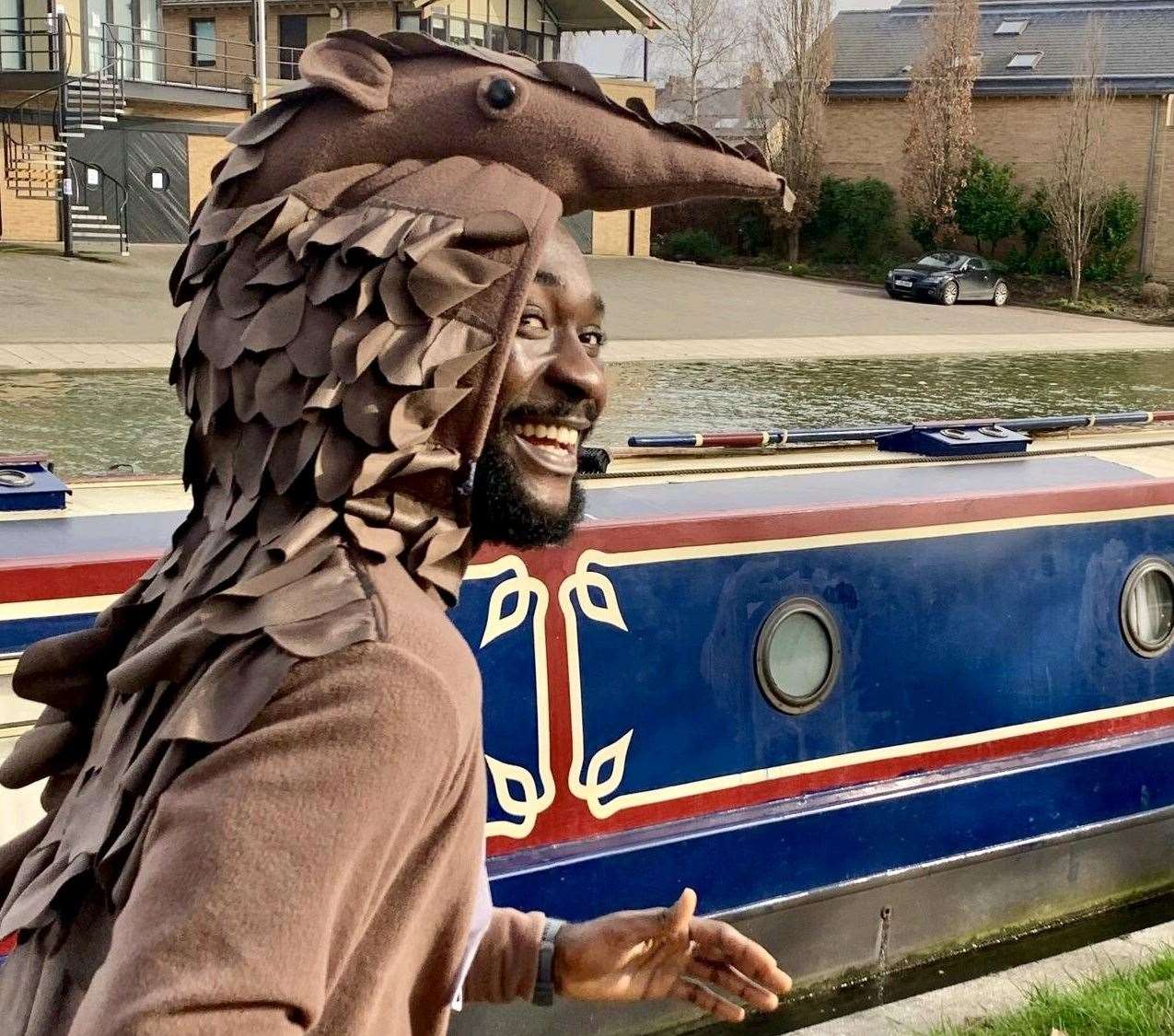 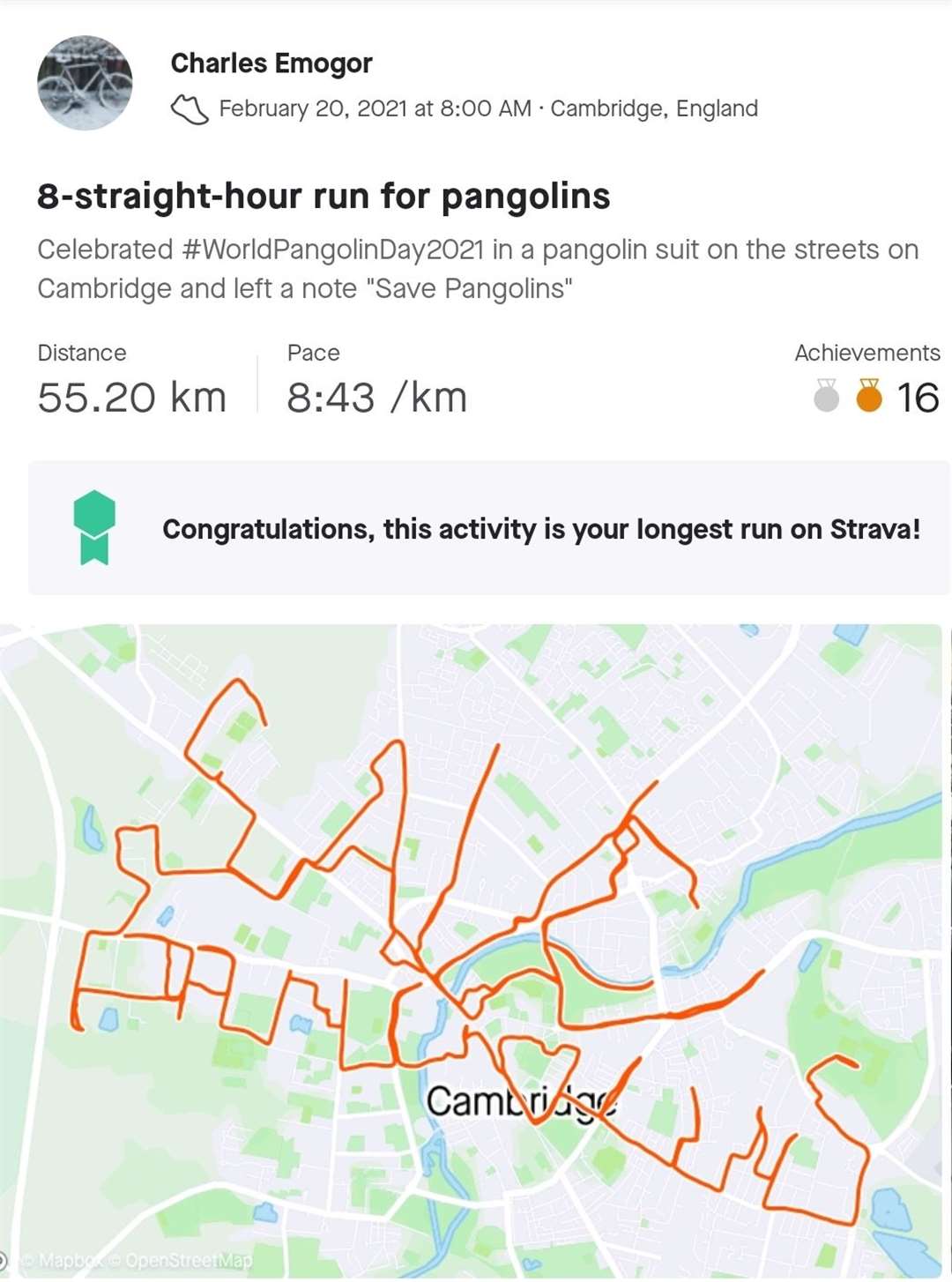 “The weather was a blessing – it was one of the best days we’ve had in Cambridge in 2021. Surpassing the $5,000 goal even before the run was exciting, and the smiles on people’s faces when I waved and wished them a Happy Pangolin Day was truly refreshing.

“I covered 55km, almost doubling my single longest distance and, although my muscles ache badly, I cannot wait to do it again.

“I am truly thankful to everyone that donated and helped spread the word and to my friends that helped in planning and executing my toughest-ever physical challenge.”

Charles is a PhD student at the University of Cambridge: his PhD is titled ‘The Conservation and Ecology of the White Bellied Pangolin in Nigeria’.

“I have been passionate about pangolins from the age of eight and consider myself incredibly lucky to be studying them, especially now that the are in dire need of attention. The pangolin is the poster child of the illegal wildlife trade, which is drastically reducing their populations.”

It’s not too late to donate – details here.