D-Day veteran from Cambridge celebrates his 100th birthday in style... by skydiving

A Second World War veteran became one of the oldest people to complete an indoor skydive when he celebrated his 100th birthday in style.

Inspired by the fundraising work of Captain Tom Morgan, Don Keiller signed up for an indoor skydiving challenge after his doctors ruled out a real parachute jump.

Mr Keiller, who lives in Cambridge, did the jump to raise money for the Royal British Legion Industries and, after setting an initial target of £1,500, he now wants to raise £10,000 for the charity. In fact he enjoyed the skydive so much, he went up again.

Thanks to the support of iFLY Indoor Skydiving at Milton Keynes and backed by three generations of his family, Selina, 52, and grandchildren Darcie, 18, Harry, 16, and Max, also 16, Don completed his dive with ease. He now wants Cambridgeshire people to get behind his fundraising so that charities can continue their vital work.

Mr Keiller said: “I thoroughly enjoyed it. It was a nice bit of fun. It was exciting when I was up there. I wanted to do a parachute jump and paid the money for it and got a date for it, but then found out I couldn’t satisfy the conditions.

“I would like to reach £10,000 for Royal British Legion Industries to help those veterans who are less fortunate than me.”

During his time in the war, Don was strafed and bombed in Narvik Fjord, bombed in Gibraltar and landed on Gold Beach on D-Day.

“There was still quite a lot of work to do,” he said.

Son Don Keiller Junior added: “He lives on his own and does his own cooking and gardening. He still drives and plays a lot of bridge to a very high level, but he’s doing a lot of that since being online, so he is moving with the times as well.”

Charities across the country have seen a huge donation decline in the past four months of about 40 per cent.

Nicholas Wesson, PR and public affairs manager for the Royal British Legion Industries, said: “Once again, that Second World War spirit comes to the fore in our hour of need.

“Don’s adventurous fundraising task could not have come at a better time, with the 75th anniversary of VJ Day. We wish Don and his family all the best and thank them for literally flying to the rescue.”

Don finished in the armed services as a Warrant Officer having served with the Royal Artillery, Royal Tank Regiment and seconded to the Royal Marines. 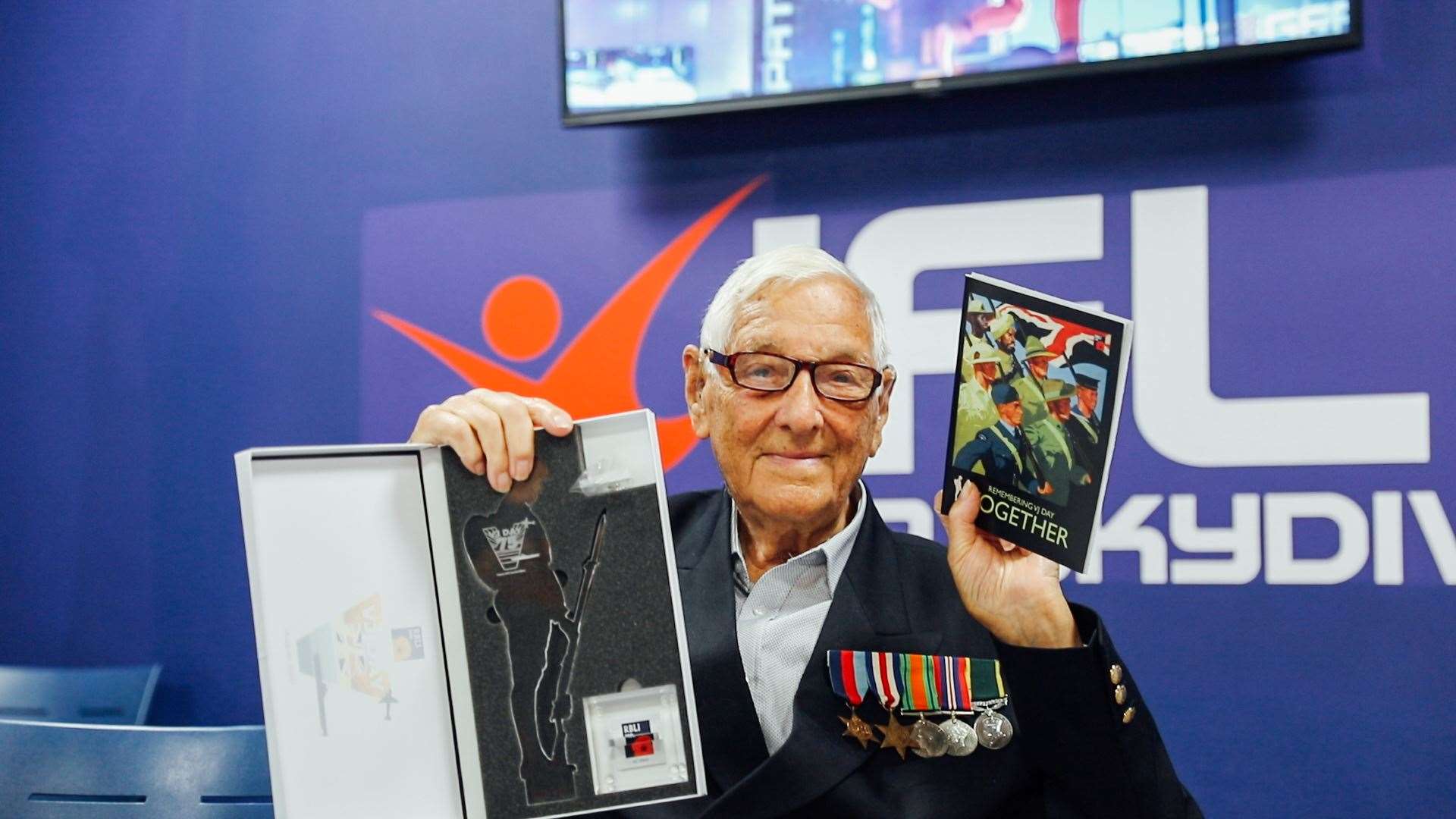 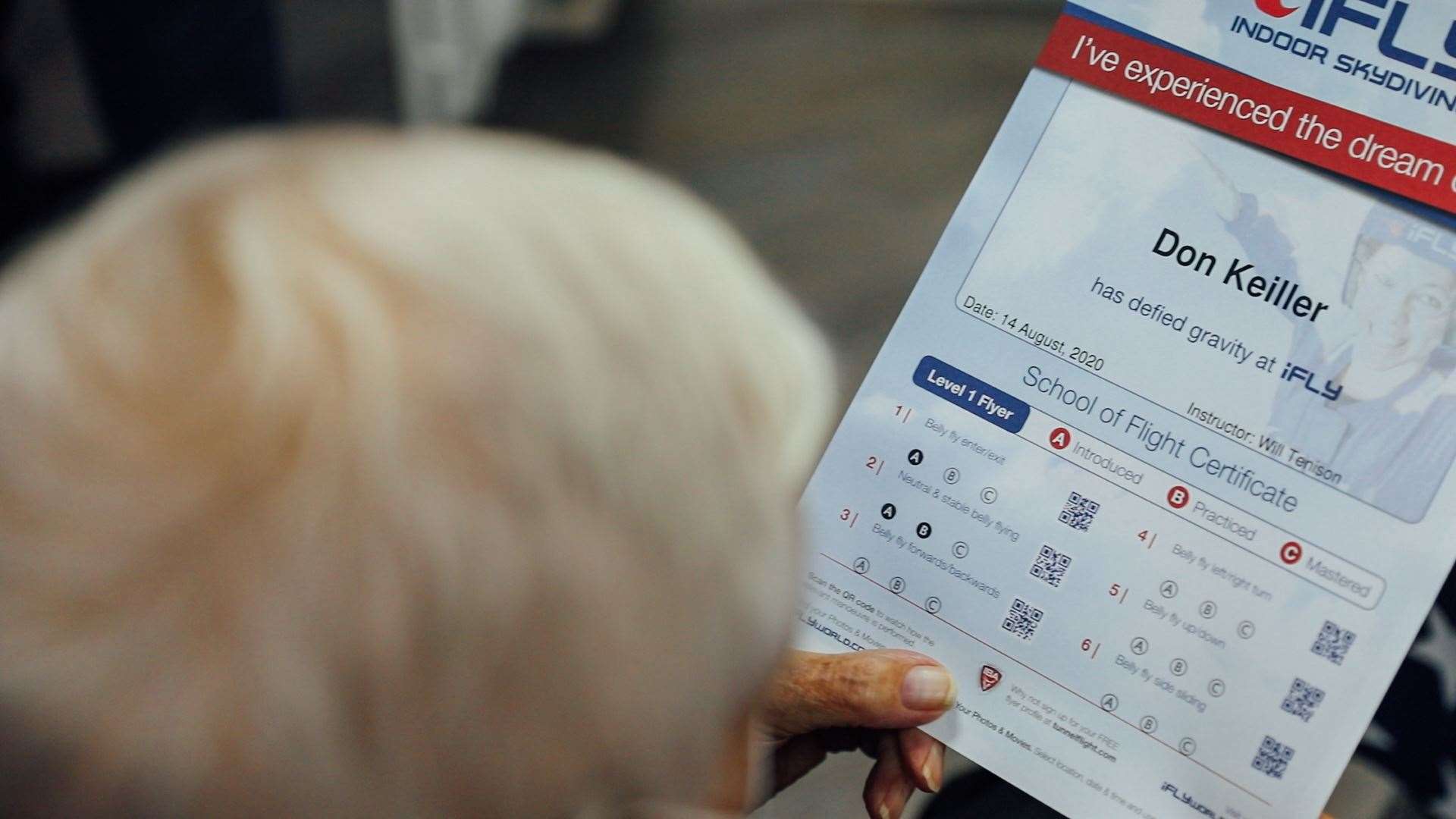 iFLY, which has three locations in the UK – Manchester, Milton Keynes and Basingstoke – uses state-of-the-art wind tunnel technology which allows customers to skydive by simply leaning forward onto a fast-moving column of air.

Sign up for our weekly newslette r for a digest of the best stories direct to your inbox.

Remembering loved ones lost in the Far East on VJ Day