David Spurdens, a professional photographer based at Bottisham with a 30-year record of success including national newspapers and videography, has won a gold medal in the US-based Hermes Creative awards.

The cinematography award was for his corporate film ‘Your Next Step…..’, shot for Granta Park-based Illumina. The film, developed by his company RAPT TV, was praised for “great production values, [being] beautifully storyboarded and slickly edited” by Terry Hope, editor of Professional Photo magazine.

The qualities on show for the Illumina video, which showcases the benefits of working for the life sciences sector, are the same as those applied to the rest of David’s output. He has previously won World Press Photo award and a Gold Lens from the International Olympic Committee (IOC). The former was presented by the prime minister in the Netherlands, and the latter – “for a picture of Peter Schmeichel saving a shot on goal at Spurs” – was presented by the president of the IOC in Lausanne.

“I am really pleased to add international award-winning filmmaker to the list of achievements,” says David. “I have been a professional photographer for 30-plus years – eight years as chief sports photographer on the Sunday Express – and shot for various other nationals. I have been a Getty commercial photographer and videographer for many years, shot ad campaigns for many international clients and travelled from the North Pole to Tasmania on assignments.”

David puts dedication and perseverance into his work.

“I lived in the Alps for 10 years photographing extreme sports and have lived in Cambridge for the last 16 years – I grew up in Suffolk.”

Over the years, there’s not much David has not done in the film industry.

He says: “I’ve got a great deal of stories from around the world, from hanging out of a warbird over the Alps to photograph the Honda jet.

“They include spending six weeks 800 miles north of the Arctic Circle, to flying to Tasmania from Australia in a single-engine plane in a storm, losing a kneecap racing a British snowboard team member through a forest in the Alps, to a big paragliding crash in the Alps where we were nearly run over by a bus.” 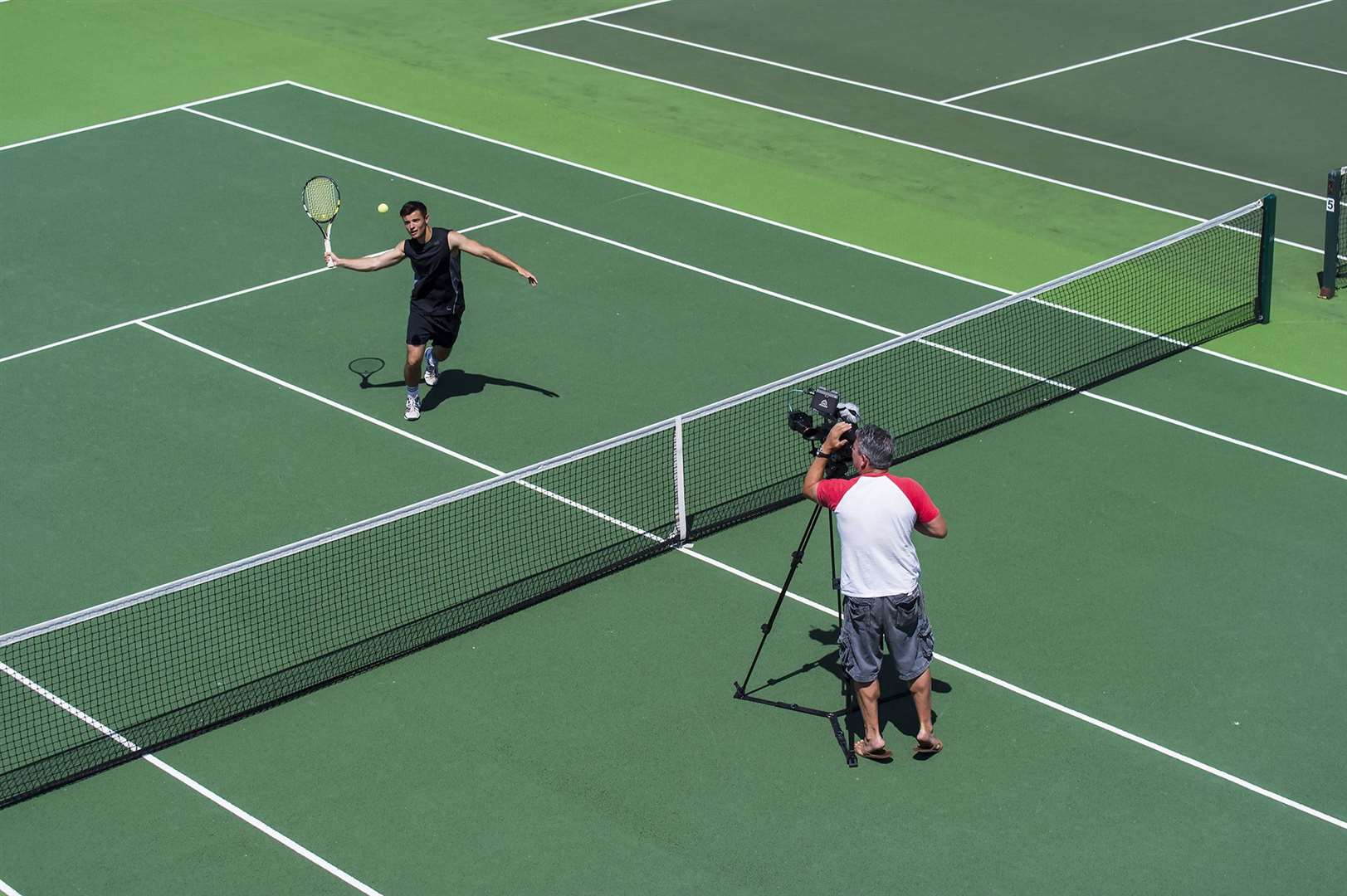 Illumina said: “As the world’s leading genome sequencing company, Illumina delivers best-in-class genomics capabilities driven by a best-in-class workforce across the board. This includes our legal and contracts team depicted in the award-winning movie.

“Dave Spurdens of RAPT TV is an artist when it comes to capturing the interface of science and business in a creative way, often with a twist. Every time we work with Dave we are delighted at the outcome. He’s a well-deserved winner of this creative award.”