Extinction Rebellion activists today installed cycle lane signage including traffic cones on a key Cambridge junction, rerouting traffic on Elizabeth Way and Victoria Avenue by recasting car lanes as cycle lanes - with Lewis Herbert, leader of Cambridge City Council, saying: “I support the principle of converting bus lanes into cycle lanes and am continuing to press for that to happen”.

The action - part of the national No Going Back campaign undertaken by Extinction Rebellion groups across the country to make transport “safer, healthier and more equitable” - began on Saturday morning and by lunchtime the climate change group said it was “delighted to announce the opening of two new cycle lanes in Cambridge to assist with social distancing in the city, help accommodate the boom in cycling as a result of the coronavirus pandemic, keep cyclists safe, and as a first step in reimagining our streets as we emerge from the crisis”.

The lanes were opened on Victoria Avenue and Elizabeth Way Bridge, marked with the usual solid white lines and bicycle symbols, with traffic cones marking out the separation from the pollution caused by internal combustion engines, and “new road layout ahead” signage. As the work took place, drivers complied with the changes. The locations were chosen because they are “key linkage points in Cambridge, with Victoria Avenue having no cycle lane and Elizabeth Way having a narrow shared pedestrian and cycle path while cars get four lanes over the bridge”.

In recent weeks, cities around the country – including Liverpool, Bristol, York, Leeds, and Birmingham – have made detailed announcements regarding the closing of roads and the opening of new cycle lanes and routes. London’s mayor, Sadiq Khan, has also just announced a landmark programme of new people-first streets.

“Meanwhile, in Cambridge,” says an Extinction Rebellion spokesperson, “plans to remodel streets and install cycle lanes have stalled, despite Westminster and the transport secretary Grant Schapps asking all UK councils to do so - and despite Cambridge having the highest per person rate of cycling of any city in the country. This action cost us less than £50 to do - all-in.”

Lewis Herbert, leader of Cambridge City Council, told the Cambridge Independent that the snarl-up has happened because of the logjam of involved authorities all having a say in both the remodelling plans - and uncertain financing arrangements.

“The city council and the county council, together with the mayor [James Palmer, mayor of the Combined Authority] have done a lot of work developing a set of scheme,” said Cllr Herbert. “The extent of the government money I’m not sure about but with reallocating bus lane space to cycle lanes it’s something I’ve been wanting to go in and do at least until the epidemic ends.”

There will be announcements about the next stage - some would say the first stage - of the initiative next week.

“We expect a good list of changes to be announced next week as a first phase,” Cllr Herbert noted.

Asked whether he supported the Extinction Rebellion action, Cllr Herbert responded: “It’s something I’ve wanted and certainly I support the principle of converting bus lanes into cycle lanes.” 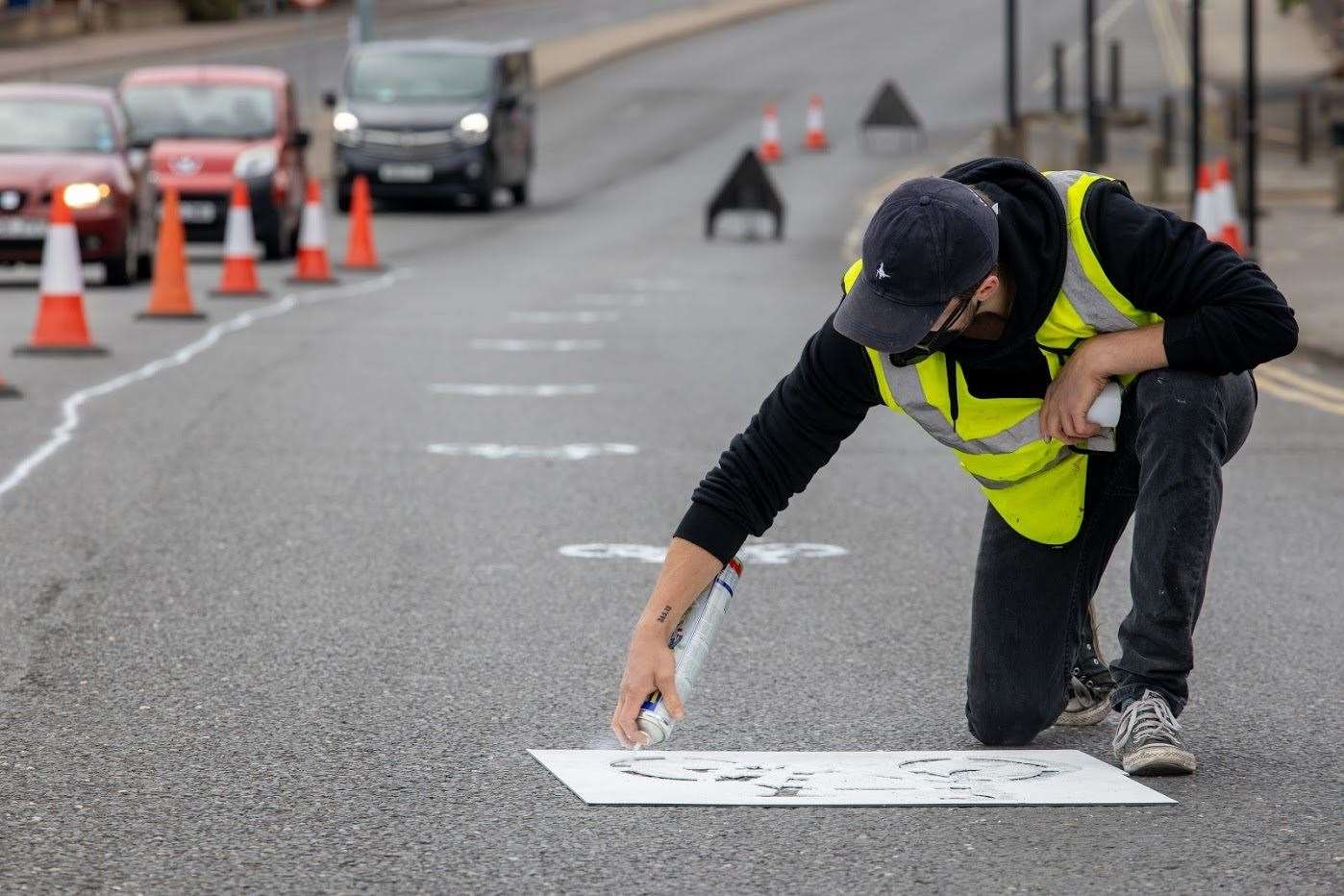 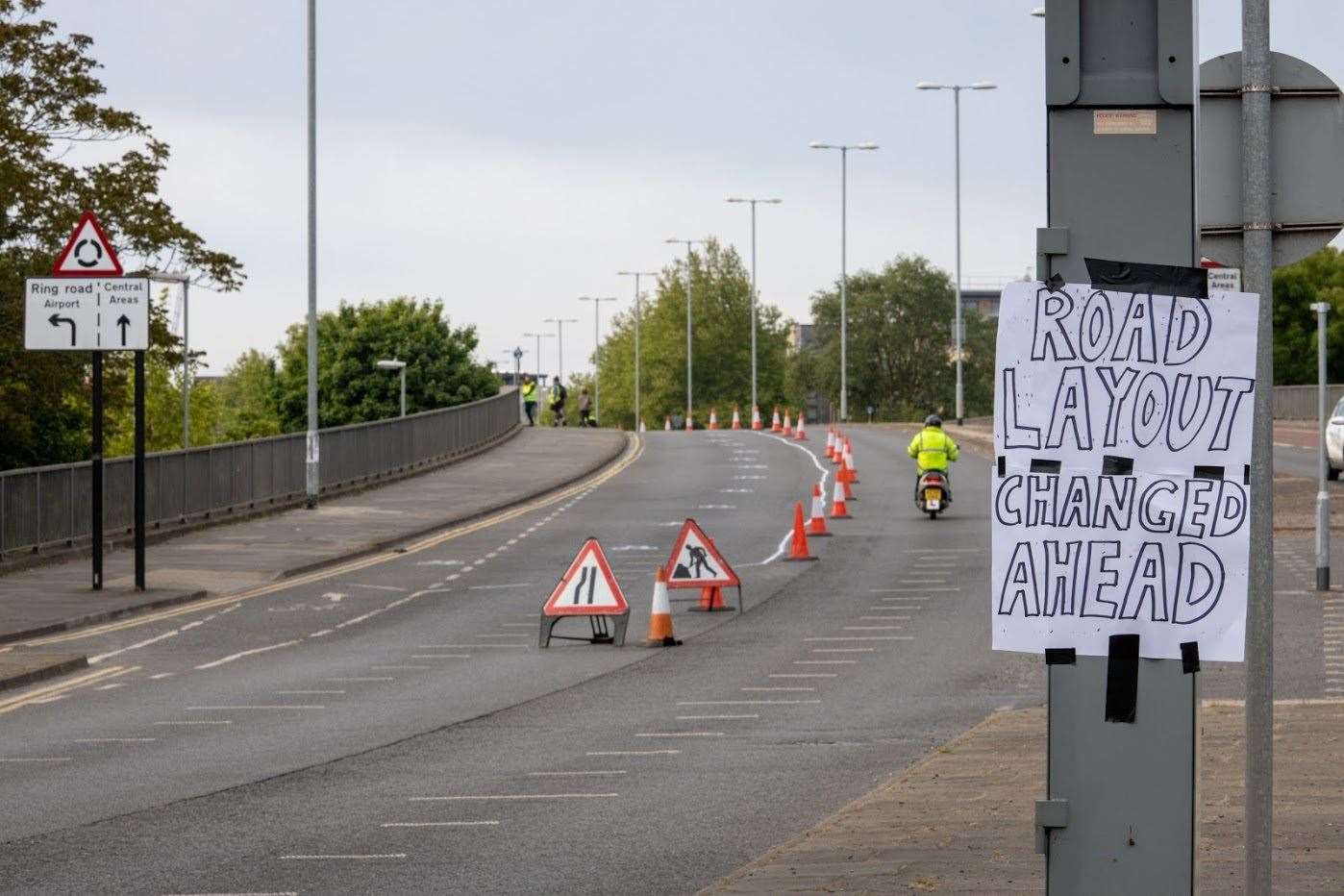 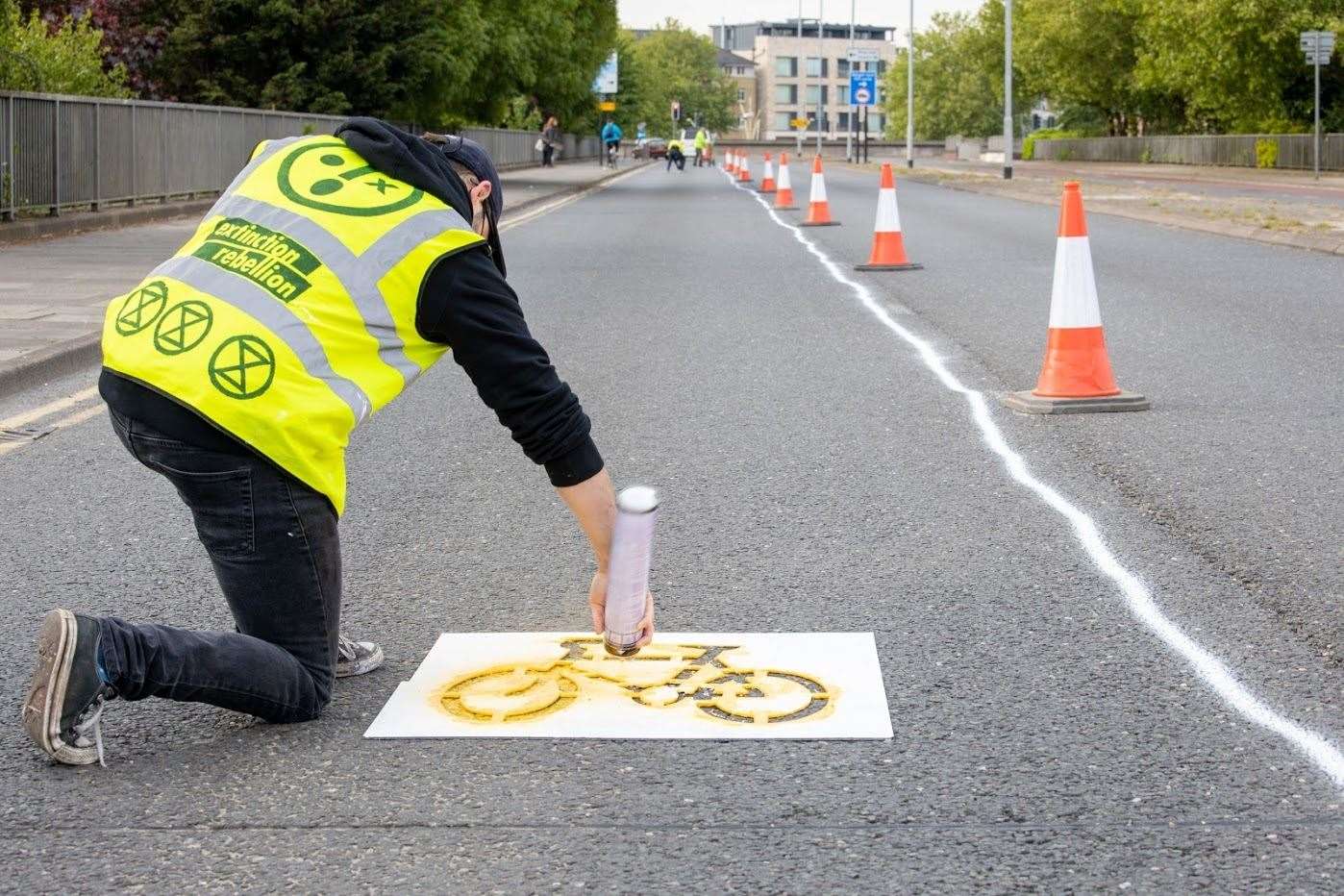 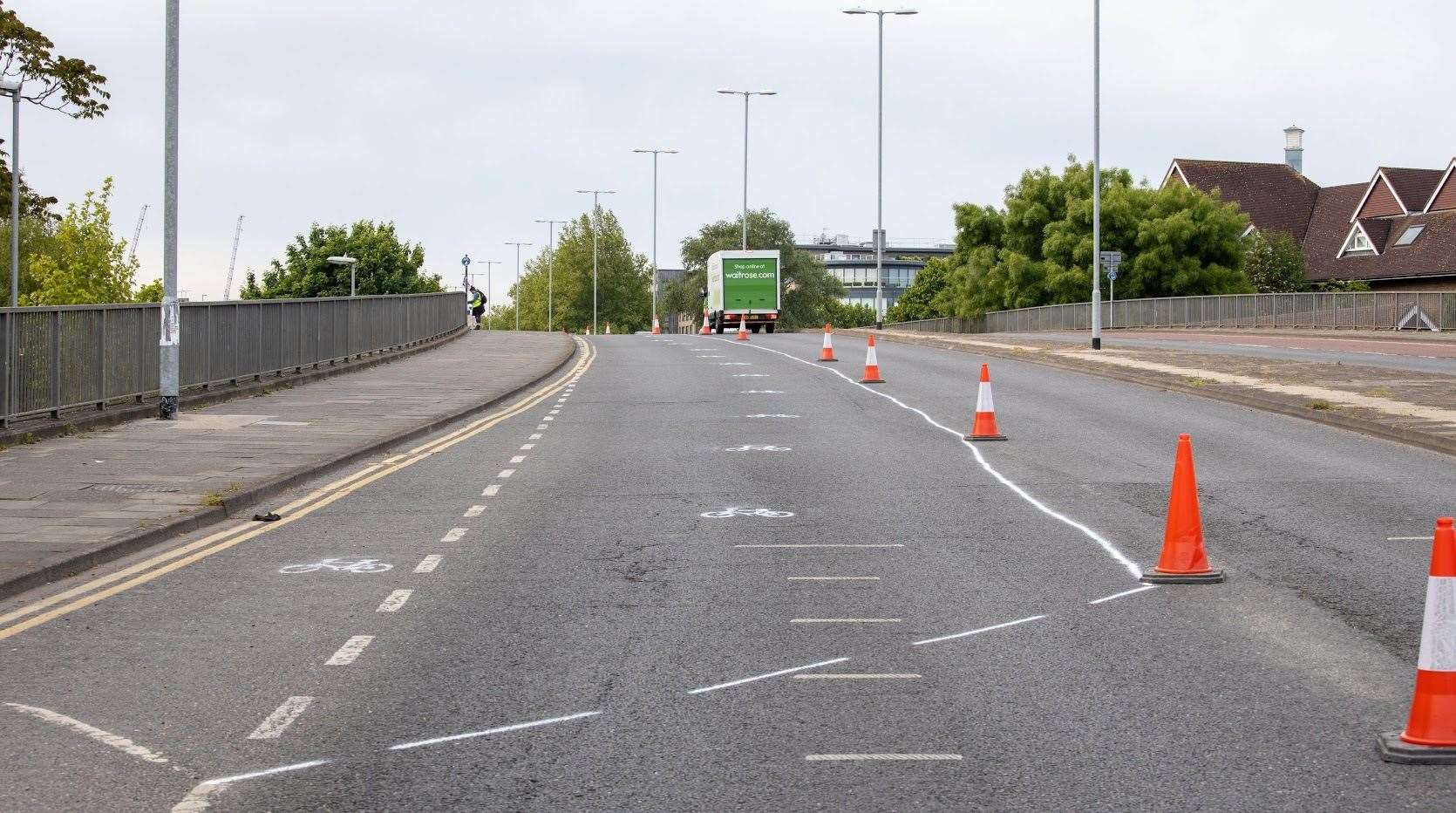 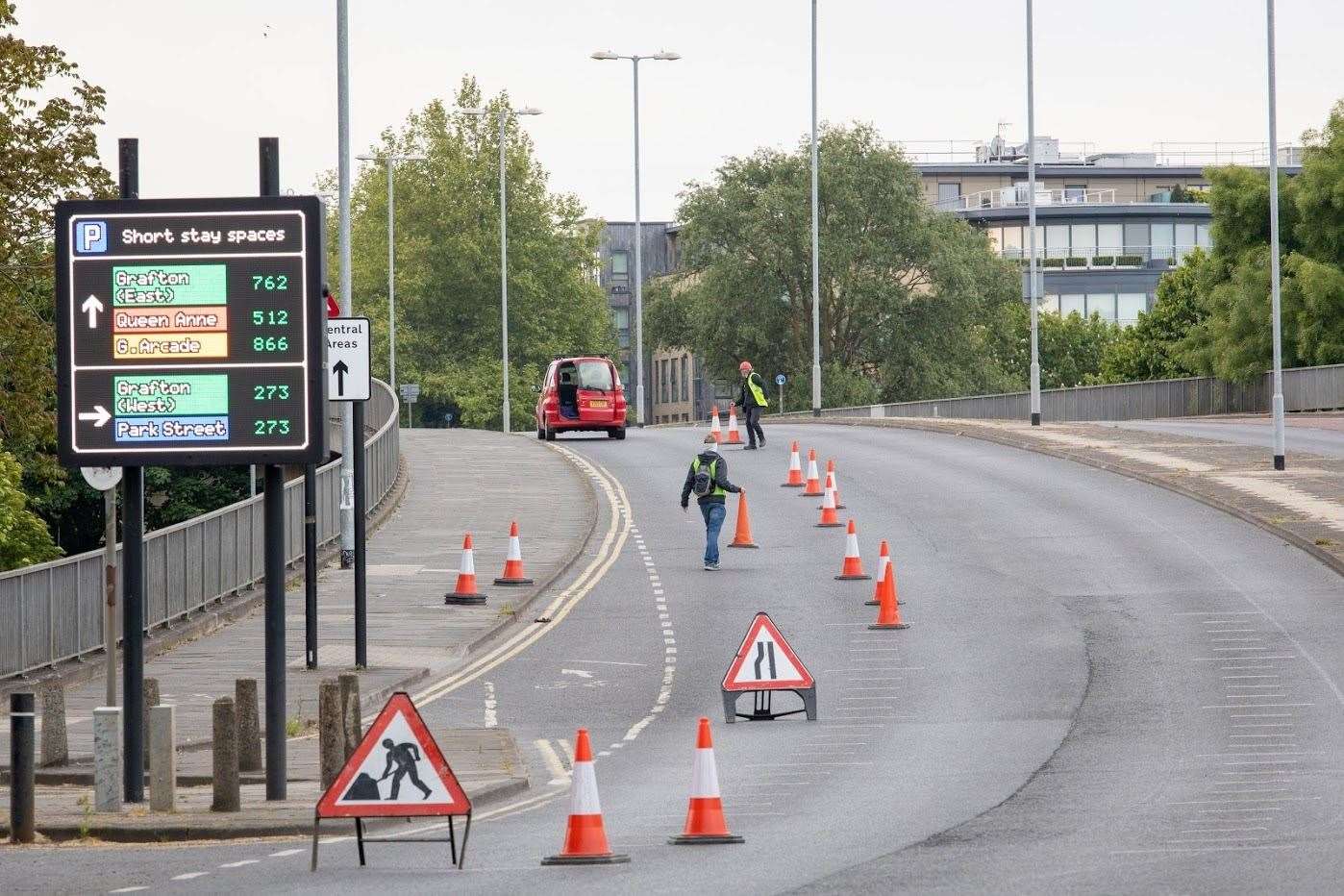 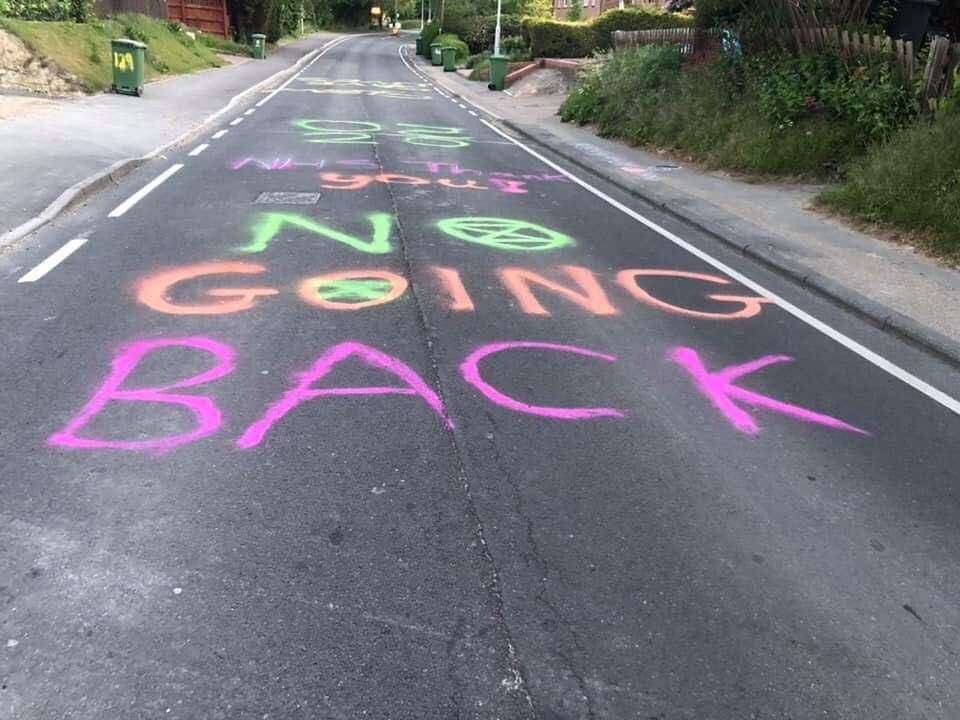 As cities adapt to what could is becoming an ongoing pandemic, Extinction Rebellion is anxious not to let the opportunity get away in yet another bout of delays which would mean a return to the bad old days of air pollution, which are known to negatively impact public health.

“The lack of action on road closures and cycle lanes by the county council, city council, and mayor James Palmer really should be a source of shame in the city that labels itself the innovation capital of the UK,” said Nathan, a spokesperson for XR Cambridge. “If, during a pandemic, in the city with more cyclists per person than anywhere else in the UK - when cycling is booming, with car traffic absent and when Westminster has asked councils to take action - the authorities in Cambridge can’t agree to put out a few bollards, it begs the question: are these governing authorities fit for purpose? This is a challenge to the councils and the mayor: step up. Step up and prove that you have what it takes to meet the challenge of the moment. As lockdown eases, Cambridge is in danger of seriously missing the boat when it comes to transforming our streets. This lack of action to protect people is reckless. If other cities around the country can do it, why can’t you? Our polluted streets are a health hazard large enough to rival Covid-19.”

An Extinction Rebellion spokesperson reported during the afternoon that “to my knowledge the police came and removed the cones but the stencils will still be on the roads”.

Cambridgeshire Police were contacted for comment on this report.