It was the lecture they didn't want or expect - Extinction Rebellion targeted a graduate ceremony outside Senate House yesterday and today (June 29) to urge graduands to use their education to help turn the global economy towards sustainability before it's too late.

Speaking outside Senate House at the University of Cambridge graduation ceremony, Matt Howard said: "We're inviting the graduands to consider what they are going to do with their education - choose to add to the chaos already inflicted on the world by the fossil fuel-based economy, or work towards ecological solutions. We have to find a sustainable way of life. They have the power in their hands to make a difference.

Matt, who graduated from Cambridge in 2011, spoke to the Cambridge Independent with Pooneh Nazari, who is currently studying astrophysics at the world-famous university: both have been part of Extinction Rebellion - XR - since it began late last year. The campaigners have had a huge effect, with both national governments and local councils declaring a climate emergency.

"There's definitely been a huge upsurge in the international Extinction Rebellion movement and people are now turning from scepticism to support - right from the start you could see that it was achieving something," added Matt. "We're now raising support to new levels. Today, as the graduates line up against the door outside Senate House, people will lie down - we blocked the road yesterday, but the stewards weren't happy with the idea of graduands stepping over the XR protestors lying on the ground so it was stopped, but our aim is not to disrupt the event, but to raise awareness."

The protestors were wearing "Tell The Truth" on their clothing.

"It's always debatable wearing a blanket slogan," said Matt, "but basically humanity in denial about how successful we've been. We've been technologising our way out of trouble for some time, but there must be a limit to how much longer this can be successful because the resources on Earth are ultimately finite. It's no longer possible to run the world on a 'business-as-usual' footing. The idea that continued industrialisation is the path we should take is no longer viable." 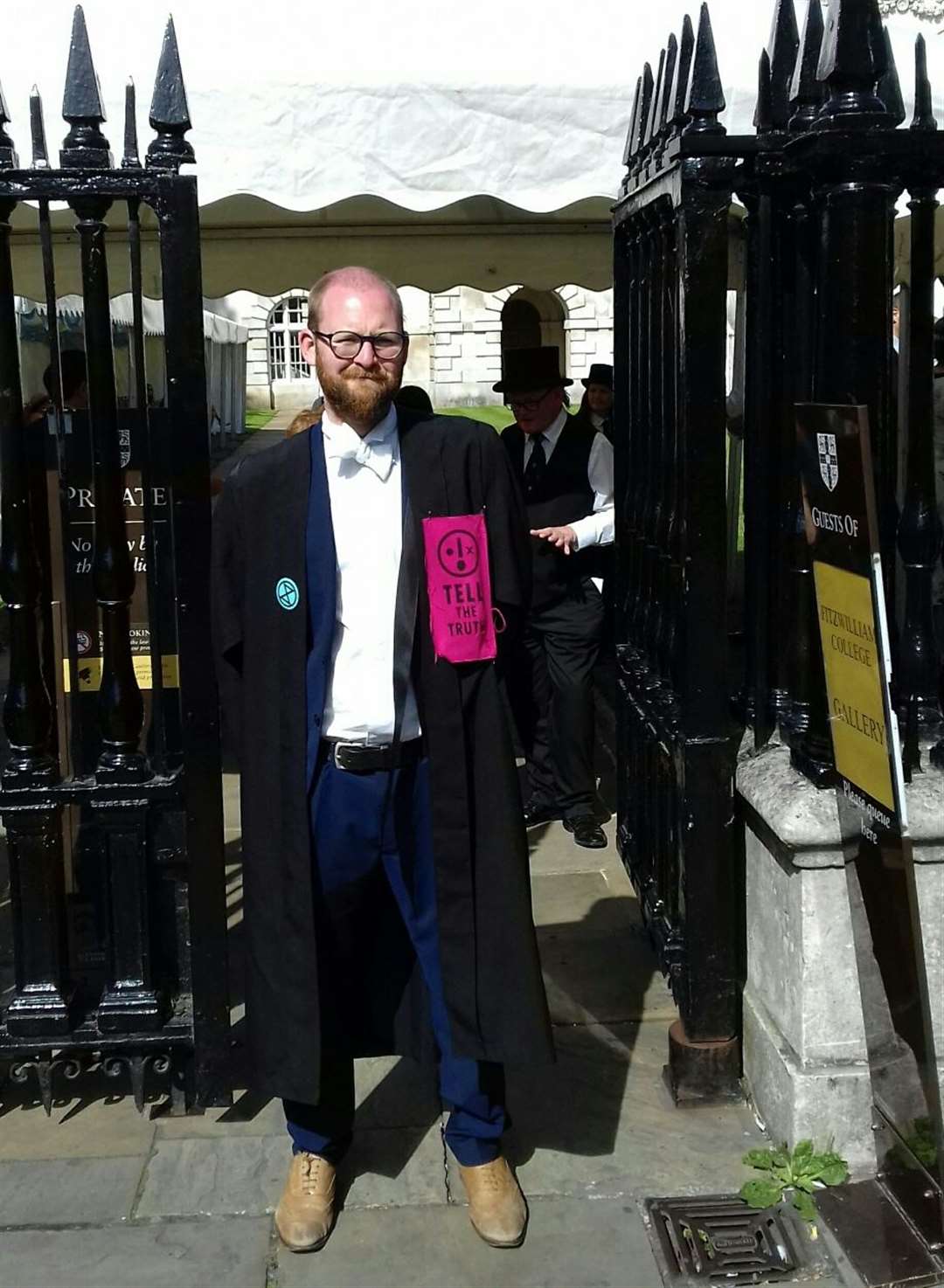 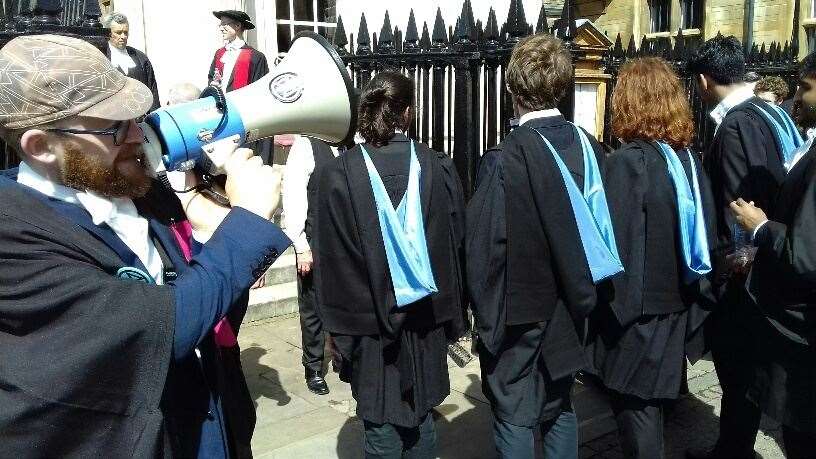 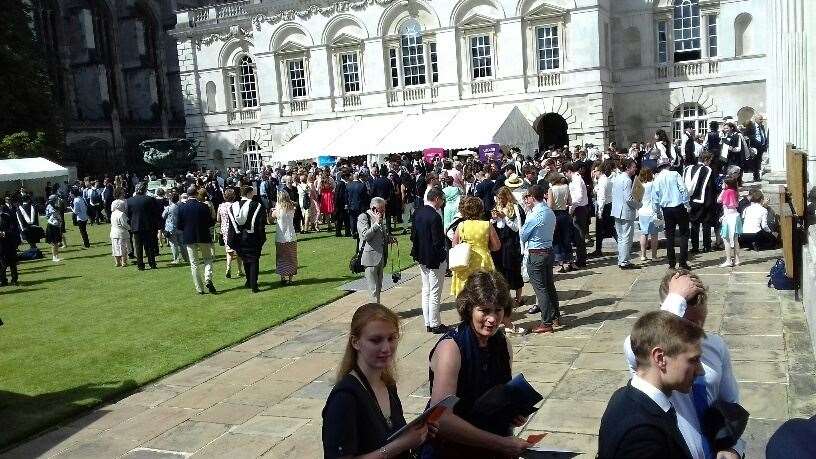 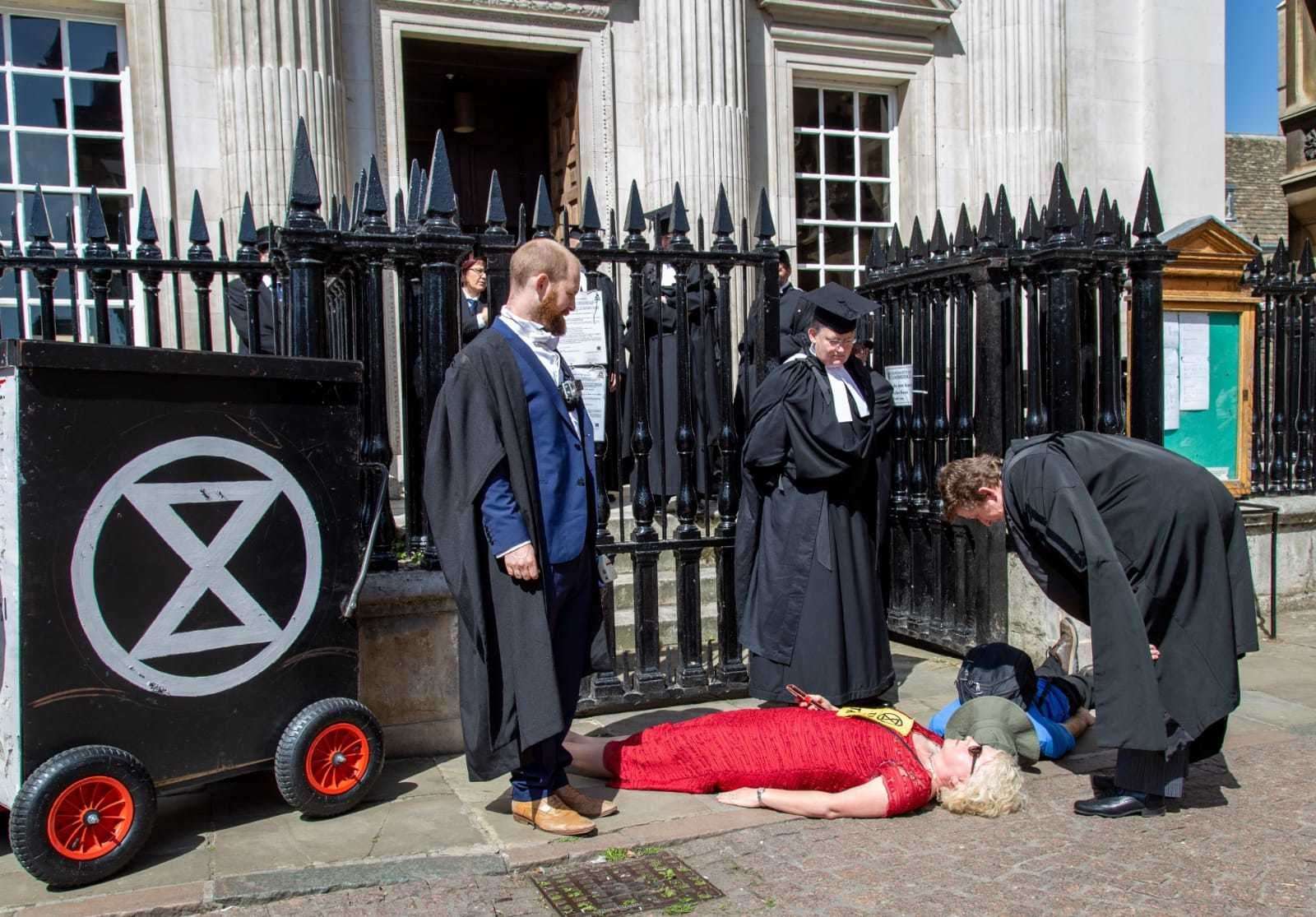 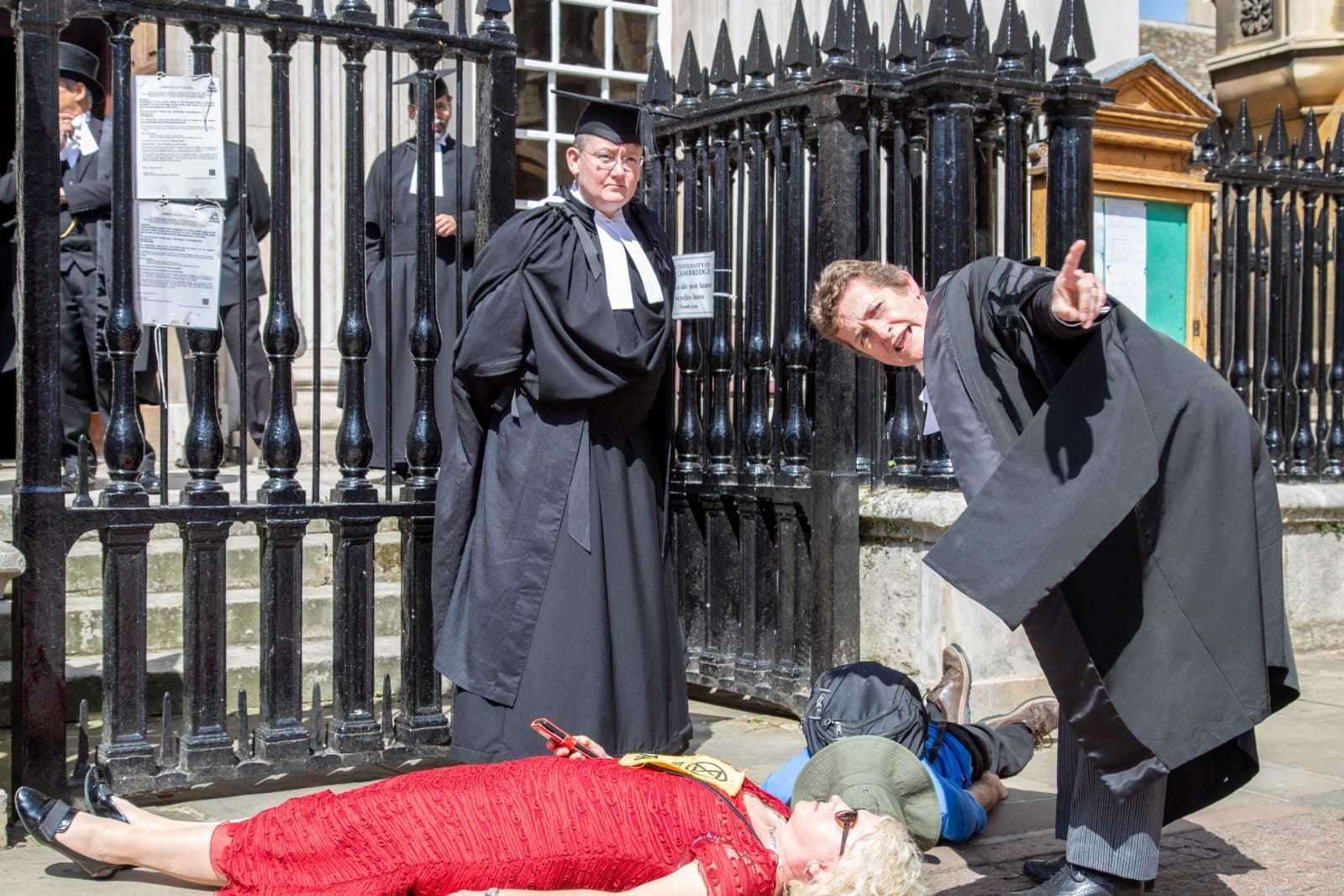 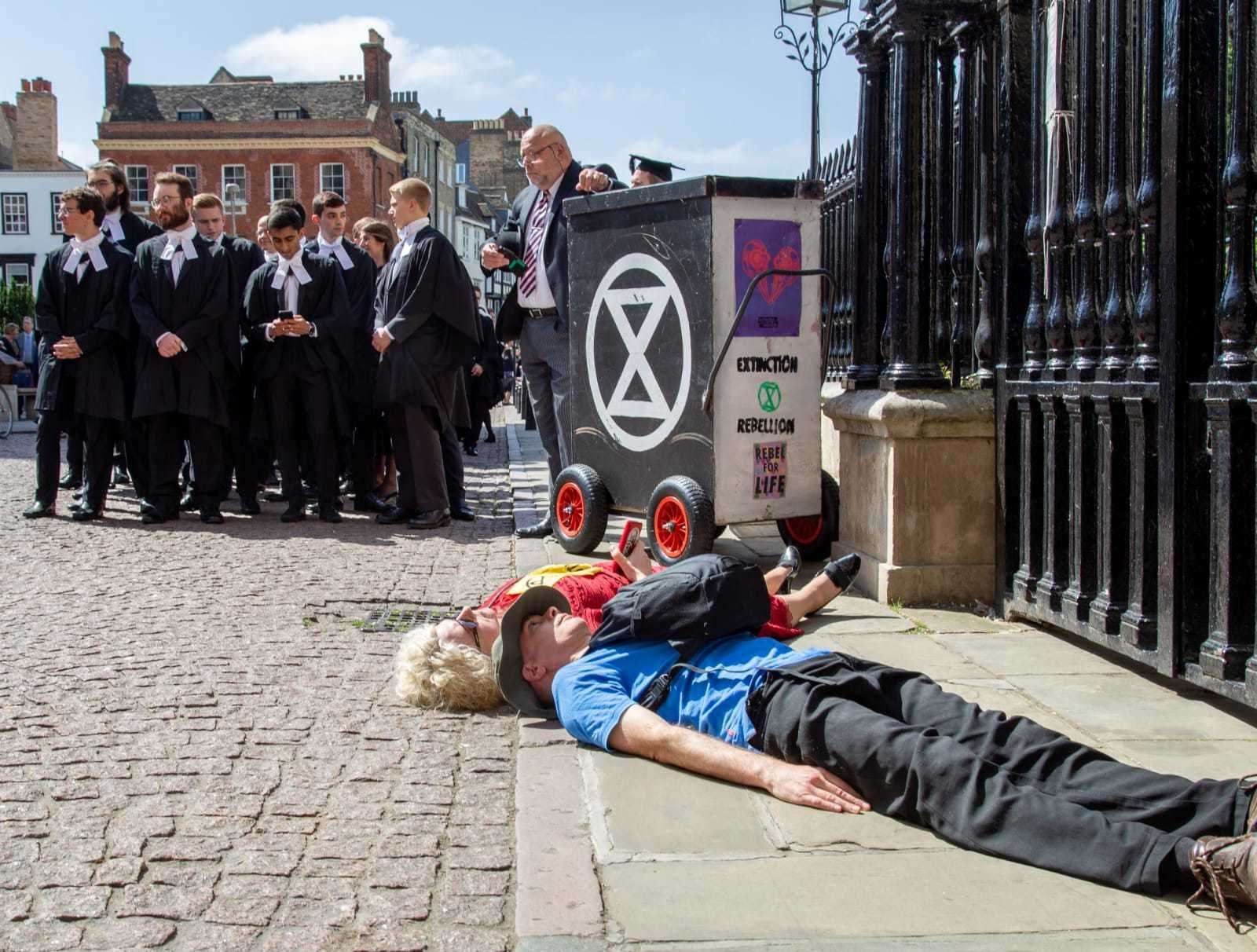 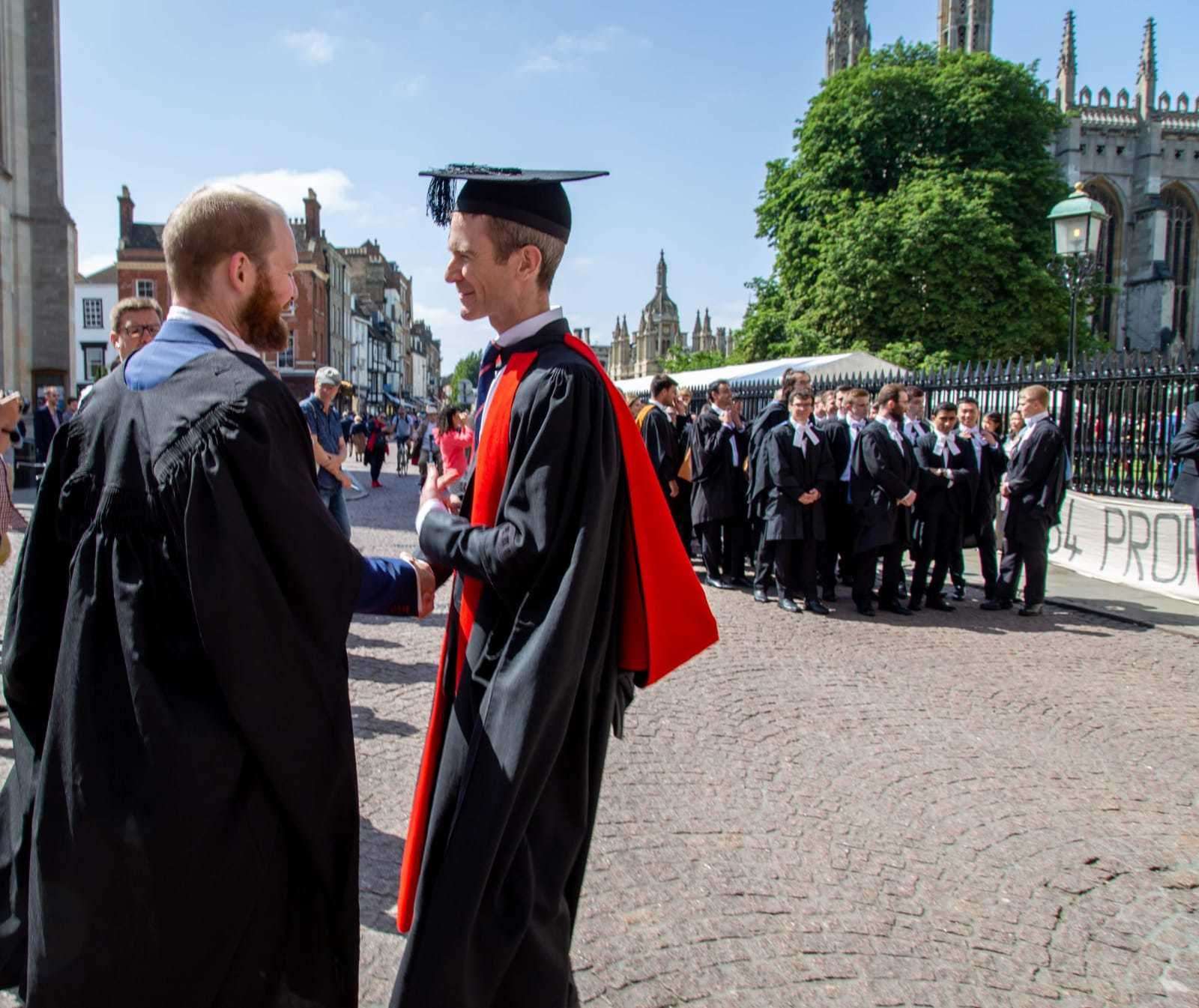 "Once people accept this is the truth, then they will start taking action," said Pooneh.

"I've been working on eco-psychological processes," Matt added. "Essentially it starts off with denial of what's happening, which then turns to anger when you can't ignore it any longer, and then it becomes despair - and finally, from that, you get a long-lived acceptance and action emerges. If you consider the idea of a collective human brain - like Gaia theory, though that's not the only model - then we've gotten ourselves into a crisis, we're in pain, now the question is whether we can make that pain smoother - though there will be pain, whether it's to do with food, water, temperatures or other economic disruption."

The XR movement is hosting its biggest protest to date on July 6, which will see the centre of Cambridge shut to traffic as part of its "Streets for Life" action.