Extinction Rebellion targets Marshall, Schlumberger and Barclays - but was action a ‘misuse of daily exercise’?

But the action raised questions about the validity of using the sanctioned daily exercise guidelines issued by the government during lockdown.

An XR spokesperson said: “Activism is something that is very hard to do purely from home, so we believe our protests must continue, albeit in a more socially distant form with more safety measures. We are very careful not to break the terms of the lockdown.”

Marshall told the Cambridge Independent that key workers in the aftersales department at the Newmarket Road site are helping to keep vital operations going on the front lines of the pandemic.

Daksh Gupta, chief executive officer at Marshall Motor Holdings - targeted for the first time - said of the damage to the showroom: “From a personal and Marshall perspective, we respect people’s right to protest - we are a democracy after all - however, I don’t think effective protest needs to be damaging property to get attention. We along with the whole automotive industry are taking climate change incredibly seriously so we support the sentiment of the protest, however we just don’t support the need to do things like this irrespective of the cause.

The climate action group has launched a nationwide ‘No Going Back’ campaign which says that a return to ‘business as usual’, after the pandemic eases, should not be an option.

“Polluting industries must not receive bailouts and must transition to a positive business model or close for good,” said an Extinction Rebellion (XR) spokesperson.

“It has become clear now that biodiversity breakdown and the abuse and exploitation of animals has made viral pandemics such as Covid-19 much more likely. Air pollution has been shown to significantly increase the likelihood of death for those that catch the disease, and it has also recently been found to help spread the virus. How much more evidence do we need to tackle the climate crisis? It is not distinct from the coronavirus crisis, but highly linked. Tackling one requires tackling the other.

“More people are coming to see that we have to put all our efforts into combating the climate and biodiversity crises, which viciously reinforce each other, or we will pay the price - a price not in the future, but right now.

“Yet still our government subsidises the aviation industry, legislates that oil companies must extract as much oil as possible, and tries to bail out every polluting industry it can. It has to stop. There has to be no going back or our last chance to avoid societal, climate, and ecological collapse will vanish.”

The action comes just days after António Gutteres, the UN Secretary-General, made a similar demand, saying that taxpayer money should not be used to rescue polluting businesses and that governments “must not be bailing out outdated, polluting, carbon-intensive industries”. 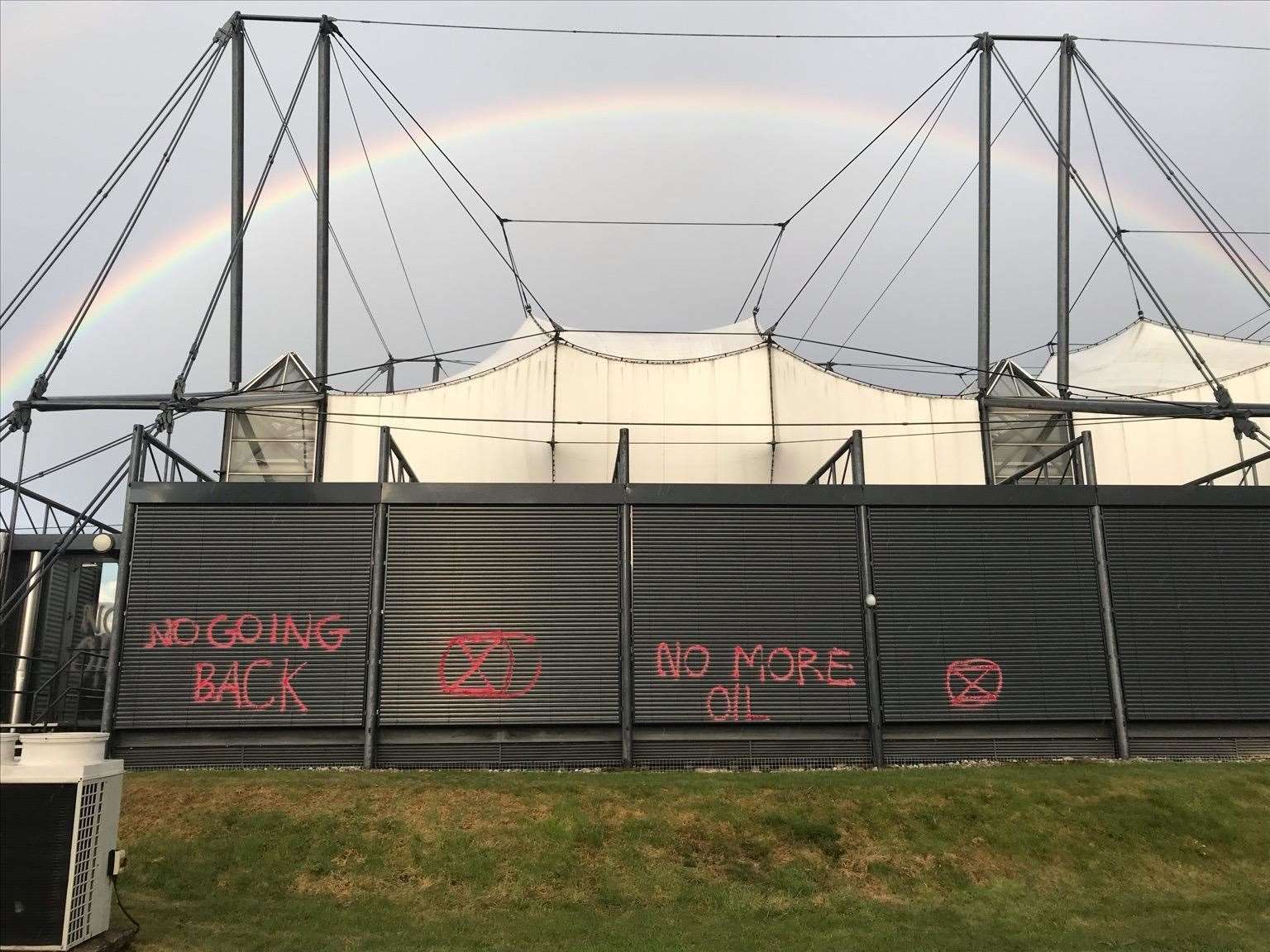 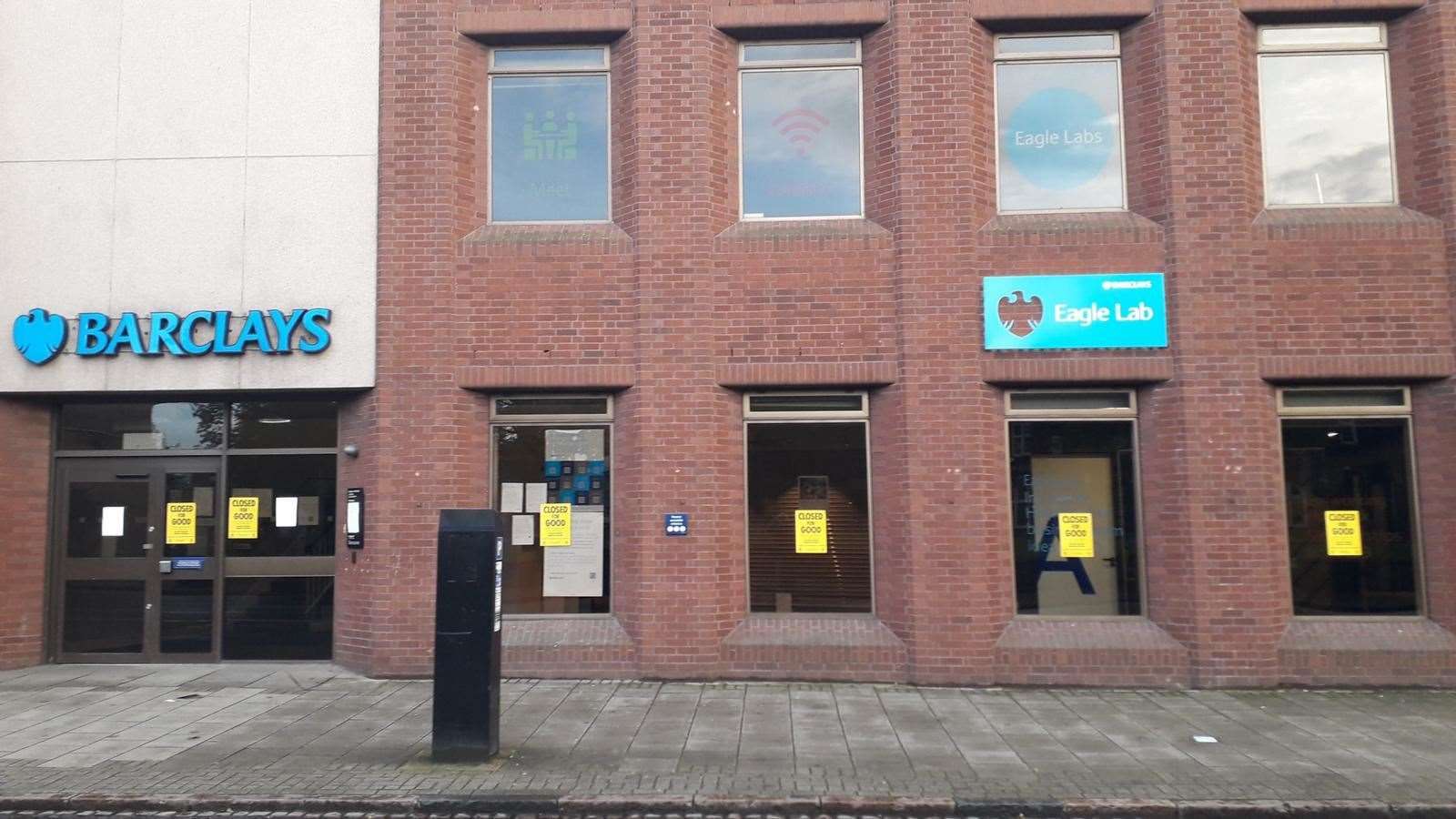 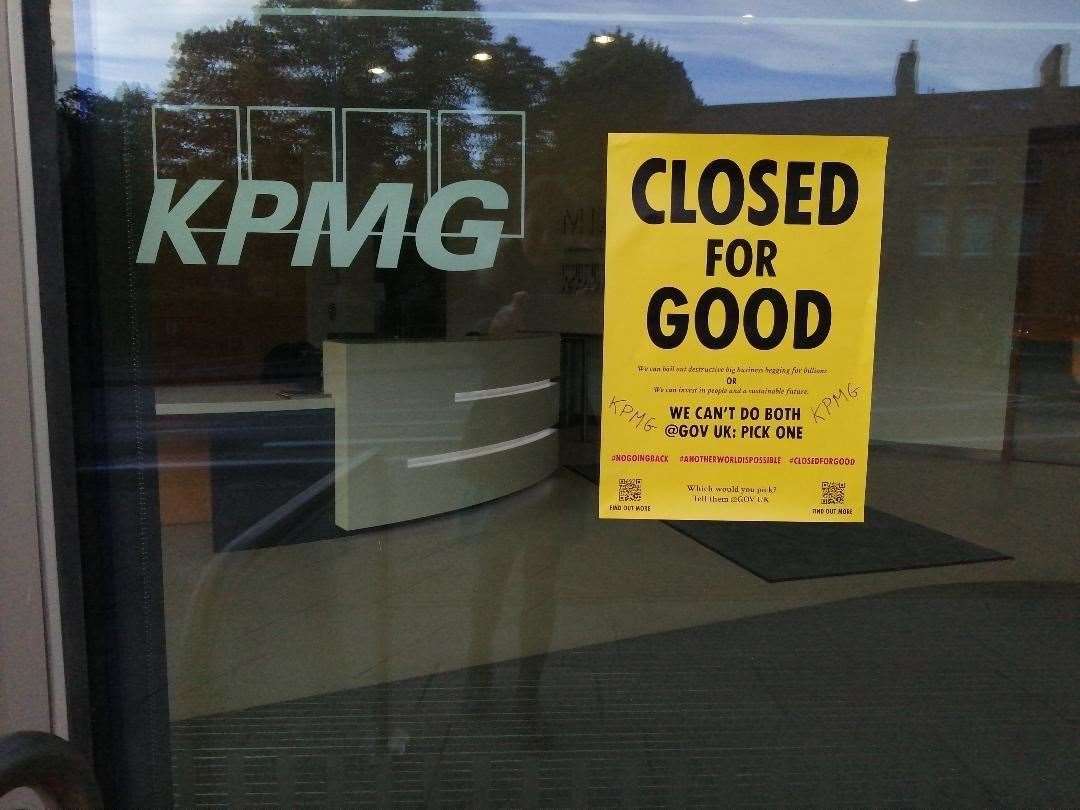 XR says that the No Going Back campaign will continue because “Cambridge has a high concentration of businesses that are harmful to people and the climate, perhaps because of the strong ties between the University of Cambridge and the fossil fuel industry”.

The group added: “All rebels taking part in this action did so during their daily exercise, which is allowed by the government. Any rebels likely to come into contact with others wore masks and socially distanced to ensure everyone was safe. We take the coronavirus crisis very seriously, but it cannot be separated from the climate and ecological crises.”

However, the stance did not convince Cambridge’s Labour MP Daniel Zeichner, who said: “There is a climate emergency, a health emergency and an economic emergency.

“This is not the time to be daubing graffiti on the walls of businesses, meaning staff have to put themselves at risk to clean up the mess. People should follow the guidance, stay at home and not misuse their daily exercise.

“For those with time on their hands, I urge them to use it constructively by joining a mutual aid group and help out those who are struggling, or think about how to help develop a model of more environmentally and socially friendly methods of home-working in the future.”

Cambridgeshire police drew attention to the government website, adding: “We are investigating a report of criminal damage to the Vitrum Building on Cowley Road, Cambridge. The criminal damage, namely posters glued to windows, walls and vehicles, is believed to have taken place between 7pm on 30 April and 8am on 1 May. Anyone with any information is urged to report this online or by calling 101, quoting crime reference number 35/28640/20.

“Criminal damage to the Schlumberger building on Madingley Road, Cambridge has also been reported. The criminal damage, namely graffiti, is believed to have occurred on 30 April. An investigation has been launched and anyone with any information is urged to report this online or by calling 101, quoting crime reference number 35/28863/20.

“The HSBC building on Hills Road, Cambridge, also appears to have been targeted on the same date (30 April). An investigation has been launched into the criminal damage, believed to be graffiti and fliers pasted to the building. Anyone with any information is urged to report this online or by calling 101, quoting crime reference number 35/28870/20.”

Addenbrooke’s chief: ‘We are moving past the peak of Covid-19 - but expect further surges’