Fire breaks out at Kingsway flats in Arbury, Cambridge

A person had to escape from a balcony as a “very serious” fire broke out at the Kingsway flats in Cambridge.

Around 40 firefighters, along with police and the ambulance service, attended the scene in Arbury at about 3.30pm on Sunday, after a blaze broke out in a first floor flat.

Group commander Paul Clarke described it as a “very serious” flat fire, which has been extinguished.

“We have a lot of fire crews that attended the scene from both Cambridgeshire and Suffolk,” he said.

“There have been some casualties. Thankfully, the injuries to those casualties are not severe.”

Around 40 firefighters including crews from @SuffolkFire have been tackling a flat fire in Carlton Way #Arbury #Cambridge. The fire is now out but road closures remain in place. Group Commander Paul Clarke gives a summary of the incident 👇🏼 pic.twitter.com/SW0MlFSlp4

One person has been taken to hospital as a precaution since his statement.

The fire service said a person climbed from one balcony to another to escape the fire.

It could not confirm reports that a woman living in the affected flat leapt from her first-floor balcony.

A fire service spokeswoman said: “We rescued one person with a ladder and four others self-evacuated and presented themselves to the ambulance crews.”

A full investigation will follow into the cause of the fire, which has caused significant damage to the flat and smoke damage elsewhere.

Residents were evacuated from the flats as firefighters got the blaze under control.

Ashleigh Cockburn was at home with her husband Steve and one-year-old son Jacoby when the fire broke out.

She told the Cambridge Independent: “My husband Steve was downstairs and called me to say there was loads of black smoke. A few minutes later he came up and said we were being told to evacuate by the fire brigade.

“We’re on the top floor. It was in one of the flats, about three along, on the first floor.

“You could see black smoke coming out the windows - it was just billowing out.

Lots of smoke from a fire in the Kingsway flats - four fire engines two ambulances and police on site pic.twitter.com/DWm1Es1GkO

“There were people leaving all over the place, quite confused.

“It’s a fair distance from us, but there was smoke outside our door already.

“We put Jacoby in a buggy and our neighbour helped us carry the buggy down the stairs.”

“Everyone was out there, talking to each other, asking what was going on,” she said.

“From what I’ve heard, we’re allowed back in and the fire is out.

“There are lots of fire engines and police - they quickly responded.

“Police have got part of the road cordoned off, stopping traffic going through.” 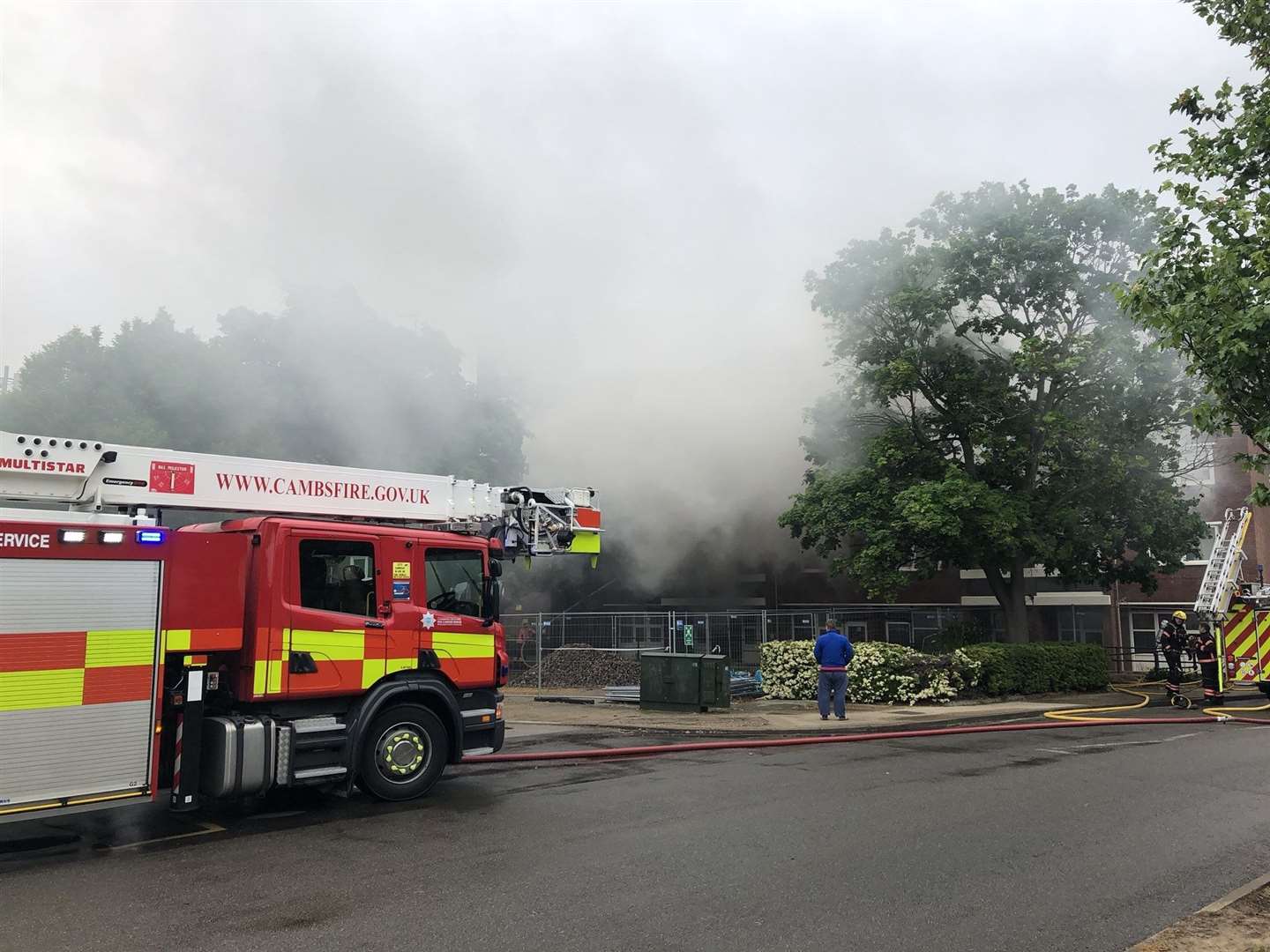 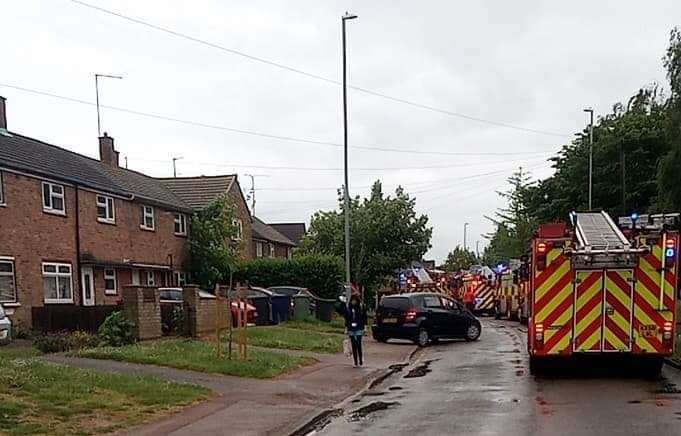 The cause of the fire has also not been confirmed yet.

Police asked people to avoid the area while the cordon was in place.

Big fire at the #kingswayflats in Arbury. It looks like it’s out now but there’s considerable damage to a big section of it. Here’s hoping everyone got out ok.

#Cambridge.Due to an incident on Carlton Way the CITI 1 will be unable to serve Carlton Way in both directions.Passengers are advised to board on Gilbert Road or Arbury Road for onward travel.