A large ginger tom cat has inspired his own Facebook page after his daily visits to Addenbrooke’s Hospital made him famous amongst staff.

Henry the Addenbooke’s cat has more than 1,500 fans on the social media page dedicated to him and staff regularly post pictures of his visits and say how much he has brightened up their day.

Health care support worker Carla Webster, who works at the hospital, says: “He is such a lovely cat. He loves a fuss and will come into the hospital and sit with people while they have lunch or outside on the tables. He loves to sun bathe too. I love getting to work. He's always by the staff multi-storey car park waiting for anyone to stop by and stroke him and the same when I leave, he’s there ready for a fuss. So nice when you’ve done a tough night shift and his little face is there to greet you. Even the kids going to the nursery stop and pay him attention. He’s a true celebrity around the Addenbrooke's site. I have said we should make him our mascot.

“He has owners somewhere very near Addenbrooke's (or so I’m told) I hope they know what a gem of a cat they have. ”

Henry certainly gets around as he has been photographed by staff in various areas around the site.

Ruth Kearesey, a paediatric staff nurse, said: “I cannot express the joy this little fellow sparks amongst the Addenbrooke's community! I’m sending a picture of him sitting on the confidential waste bin!”

Meanwhile Charlotte Houldcroft, a scientist in the hospital’s Department of medicine, revealed: “Seeing Henry the cat particularly cheers me up as I head home on a cold winter evening. He's often to be found in the atrium under the 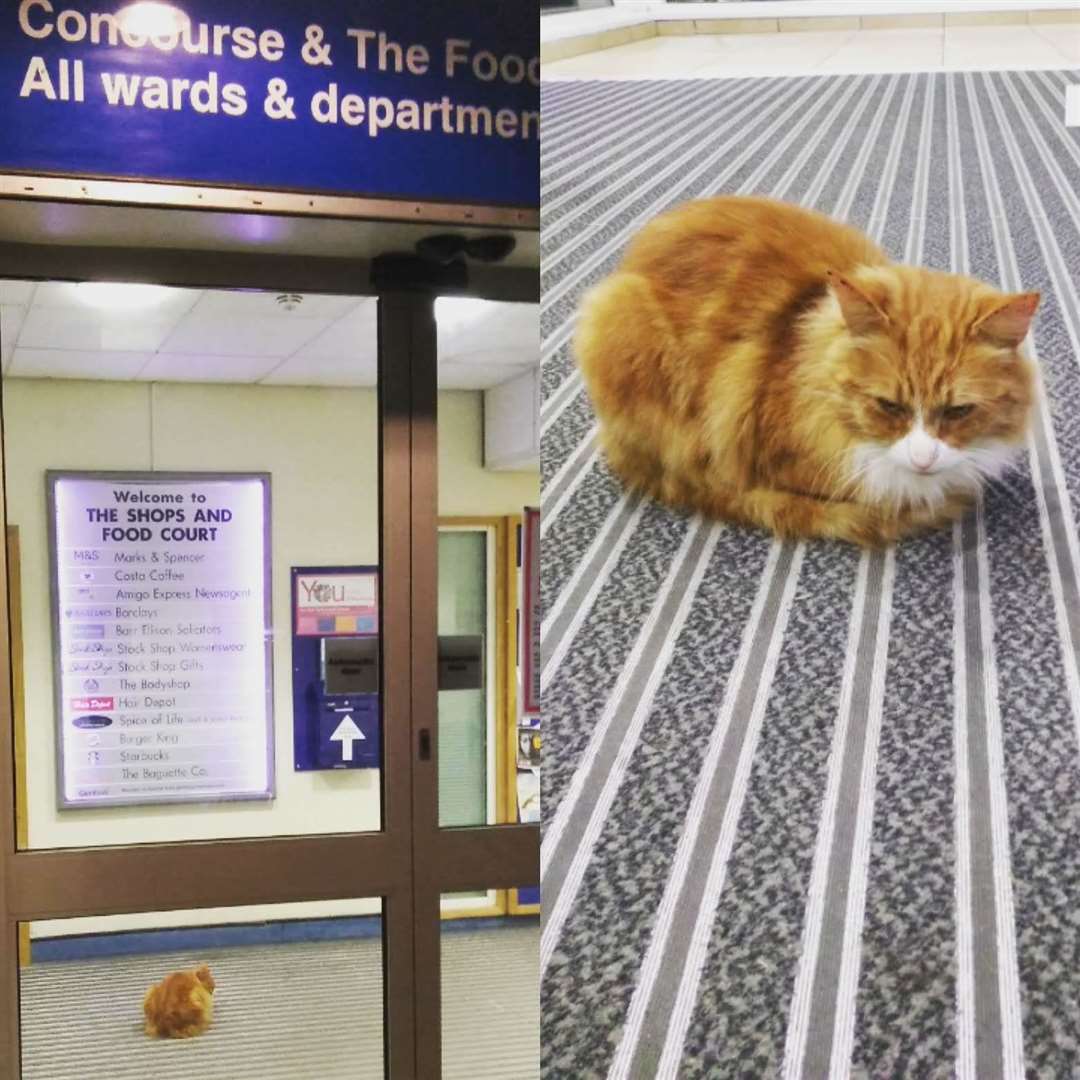 Another staff member, Ben Butt, added: " He likes to sit on the bin or one of the wheelchairs in the foyer so that he gets attention from people passing through. I see him two or three times a week on my way into or out of work, but he likes to tour the whole site! He’s very friendly, and everyone likes to make a fuss of him."

And Victoria Warwick added: "I work on A5 (neuro oncology) and I park in the staff car park. I always see the beautiful sweet boy every time I walk from the car park to the hospital, he is either walking around the grounds or sleeping , sometimes he walks through the automatic doors and actually inside the entrance part of the hospital and sits on the mat, or on the bin - or even in a lonesome wheelchair. He always brighten up my day by seeing his fluffy face, he comes to his name now when I call him."

The management of the hospital are aware of Henry and are advising people not to feed him as he has owners close to the site.

A spokesperson for Cambridge university Hospitals Trust said: “We are unsure why Henry has adopted us but he is quite a character and regularly brings a smile to the faces of staff, visitors and patients. He is usually found waiting outside one of our entrances for the occasional fuss. We ask people not to feed him, or encourage him into the hospital, not least because we believe he has his own permanent home nearby.”

However, Henry hasn’t paid any attention to the requests to keep him away and can be found prowling around the outside of the site most days, looking for snacks.

Are you Henry’s owner? Get in touch by emailing newsdesk@iliffemedia.co.uk.