500 families in Cambridge have a foodbank Christmas

Almost 500 families had to turn to the Cambridge Foodbank to help put food on the table this Christmas.

Foodbank director Jon Edney revealed the number of people wanting help in the run-up to the festive season had reached an all-time high.

But he added that even with help, some people were unable to celebrate Christmas this year after being hit hard by a combination of universal credit and low minimum wages.

Mr Edney told the Cambridge Independent that poverty-stricken residents of the city were flocking to the foodbank for much-needed help.

“There was good news and bad news,” he said. “During December we were almost swept away by the generosity of the public, donating food and Christmas hamper bags to help those in need. In fact, we struggled to cope with the tsunami of donations which needed to be checked, sorted and packed ready to be given out.

“We collected 488 hamper bags from the public. We distributed 375 during one week in December to various community centres, shelters, support organisations and so on, who will pass them on to those most in need. We delivered another 70 the following week and the balance went to other charities. They all reached a needy home by Christmas Day. What is great about this initiative is that we don’t make the hampers – the general public do. What we do is to organise, coordinate, collect and distribute the hamper bags. It is exactly what the foodbank is best at – connecting generosity with need.”

He added: “But the bad news is that the number of people needing the foodbank in December is at an all-time high in Cambridge. This is partly because the cold weather means people have less leftover for food after heating their homes. But this year we are also seeing the impact of Universal Credit, which was introduced in Cambridge in October.

“When you are trapped in poverty it is so hard to climb out and any setbacks knock you down. We are supposed to be there to help in a crisis, not to be surrogate social security system.

“The government is supposed to provide enough for people to survive when things are bad but, increasingly, we see that it is not enough or there are delays in payments and people come to us just for basic food.

“Even people in work struggle due to the low minimum wage. We had a plea from a mother who got a job but all her November pay went on bills and she wouldn’t get paid again until the end of December. So, there will be no Christmas celebration for her and her daughter.”

Mr Edney is concerned about the increasing use of the foodbank in the city, which is rising faster than elsewhere in the UK.

“Our three biggest challenges are growth, growth and growth,” he said. “So far this calendar year we’ve seen growth of well over 30 per cent. It’s a worrying trend.

“We already have around 150 committed volunteers who give up their own free time week after week to help us run our eight distribution centres across Cambridge.

“I like it when companies raise funds for us, or even collect food on our behalf, because people who contribute know that everything they give goes directly to those in need in the most practical way possible.”

Foodbanks work closely with frontline professionals to identify individuals in need of help by using a voucher referral system. The Citizens Advice Bureau, children’s centres and health visitors are just some of those which can refer people to a foodbank by issuing them with a voucher.

The cost of living in Cambridge is one of the factors creating a surge of people in need of the vouchers.According to the Office of National Statistics, the median price paid for a house in Cambridge was £493,500 in the year ending March 2018. That compared to a median in the East of England of £294,027.

Similarly, in the rented sector, the latest figures from the Valuation Office Agency revealed that the median rent in the East of England is £775, £950 in South Cambridgeshire and £1,150 in Cambridge.

To try to alleviate the problem and give people another way to put food on the table, the foodbank recently opened Fairbite in Arbury Court. While it looks like a shop, it supplies food that would otherwise go to waste to local people struggling to feed themselves and their families.

Mr Edney said had two wishes for the year ahead, which he believes could see even greater instability due to the outcome of Brexit.

He added: “We need to keep the donations coming. Poverty is not just for Christmas – people will be going hungry throughout the coming year and we need to food to help them. You can donate in most larger supermarkets or see the ‘give help’ section on our website, cambridgecityfoodbank.org.uk.

“People can also help us by volunteering. We especially need helpers in our warehouse as we ramp up the volume of food passing through. The year ahead holds challenges.”

How the city's companies are making a difference 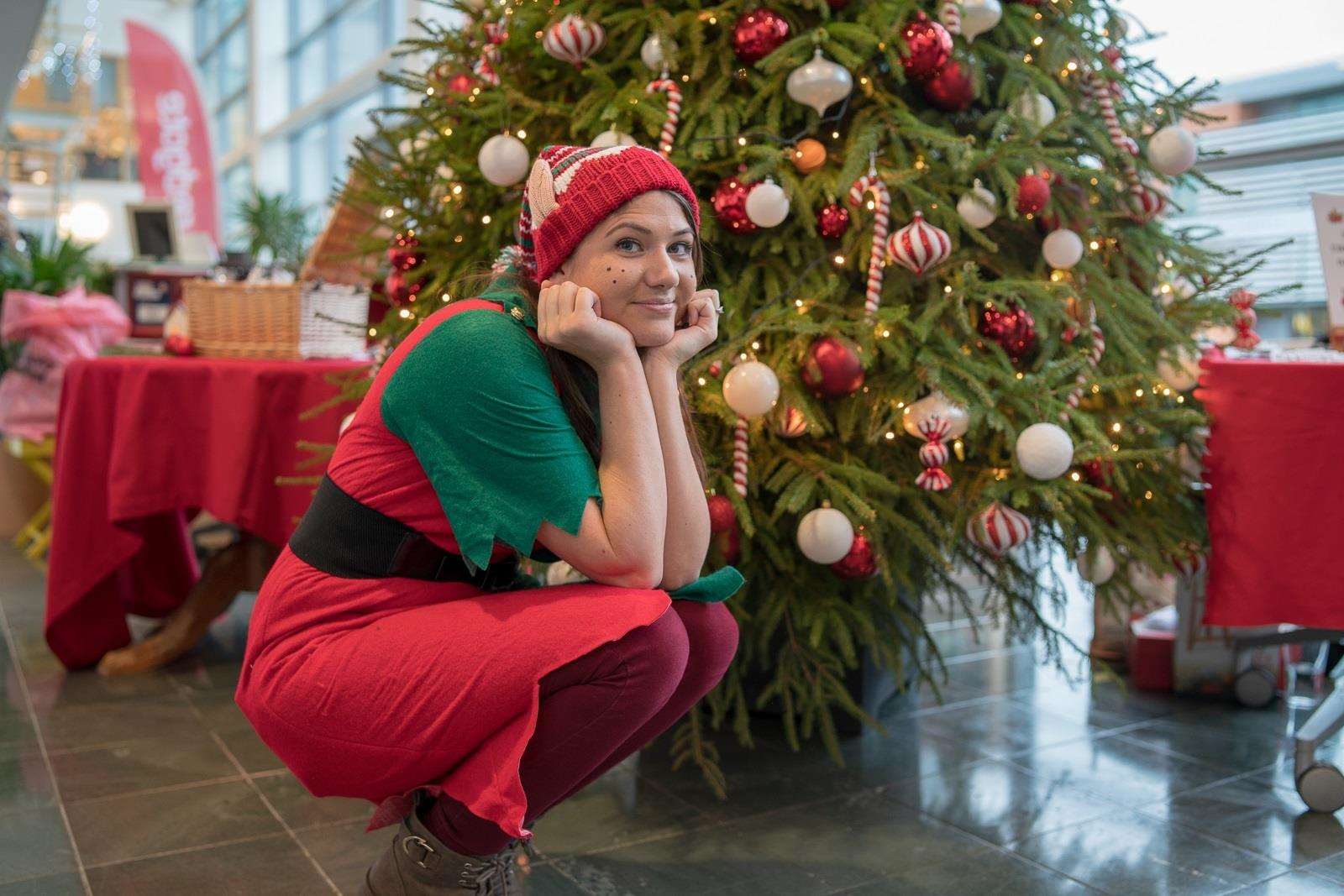 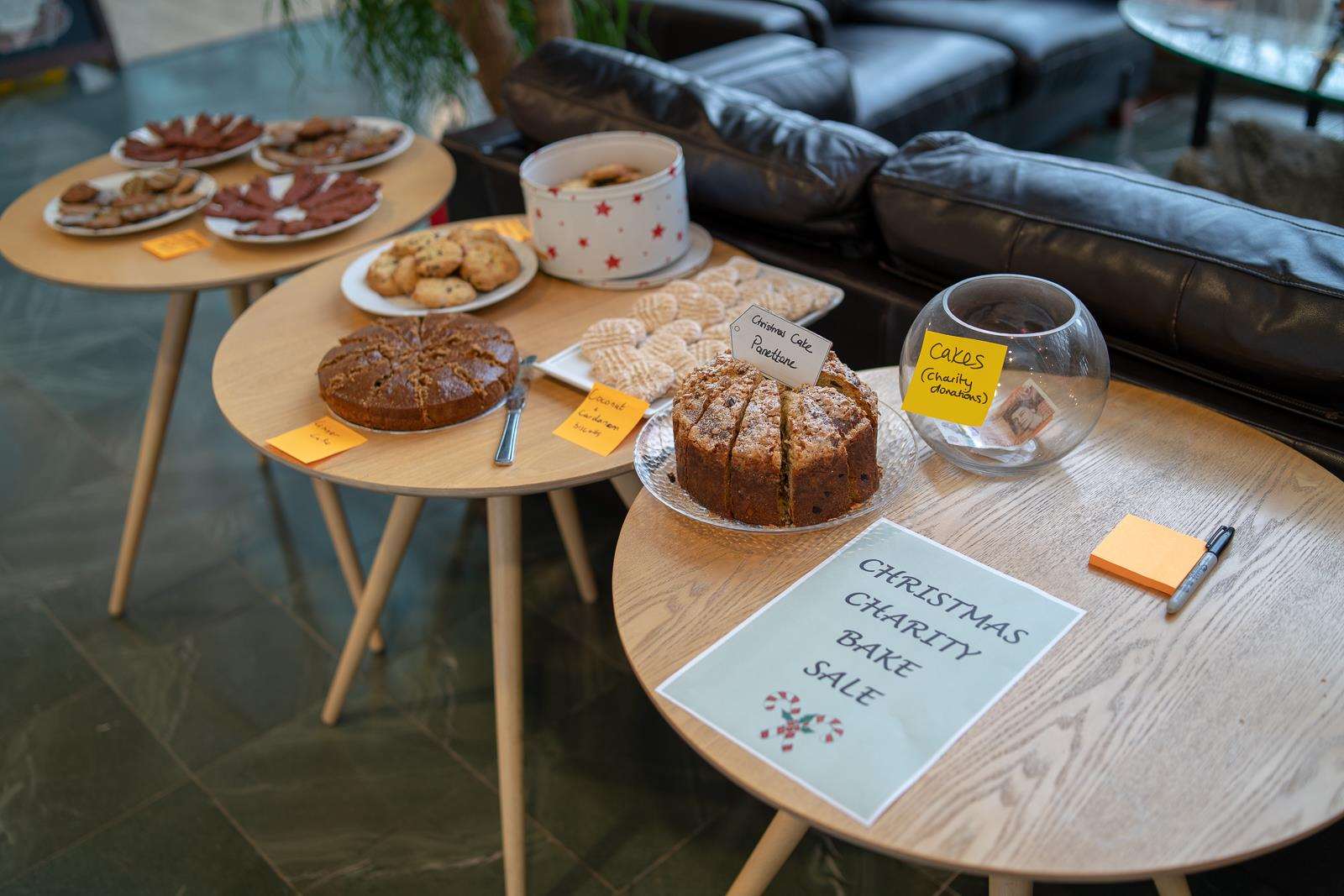 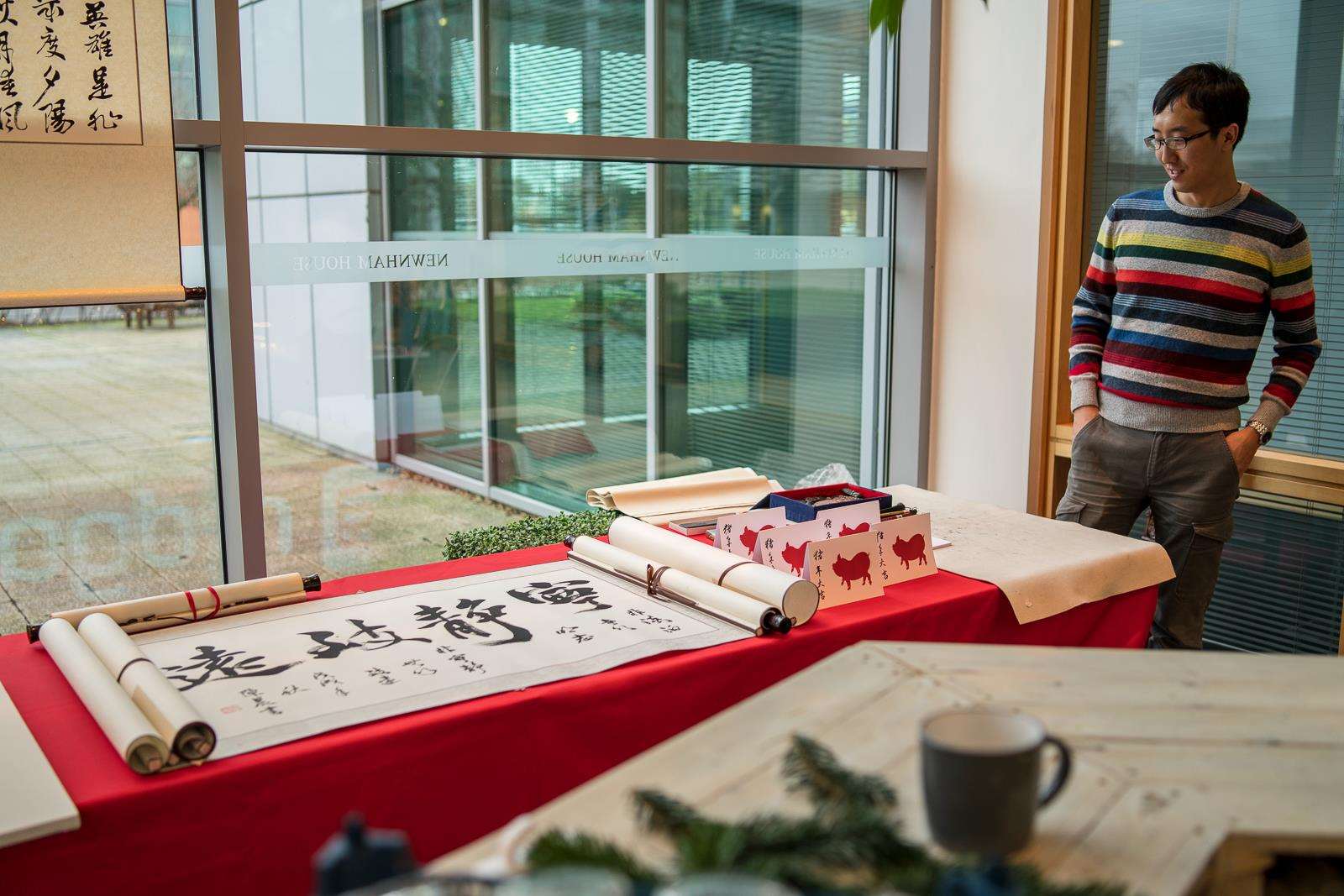 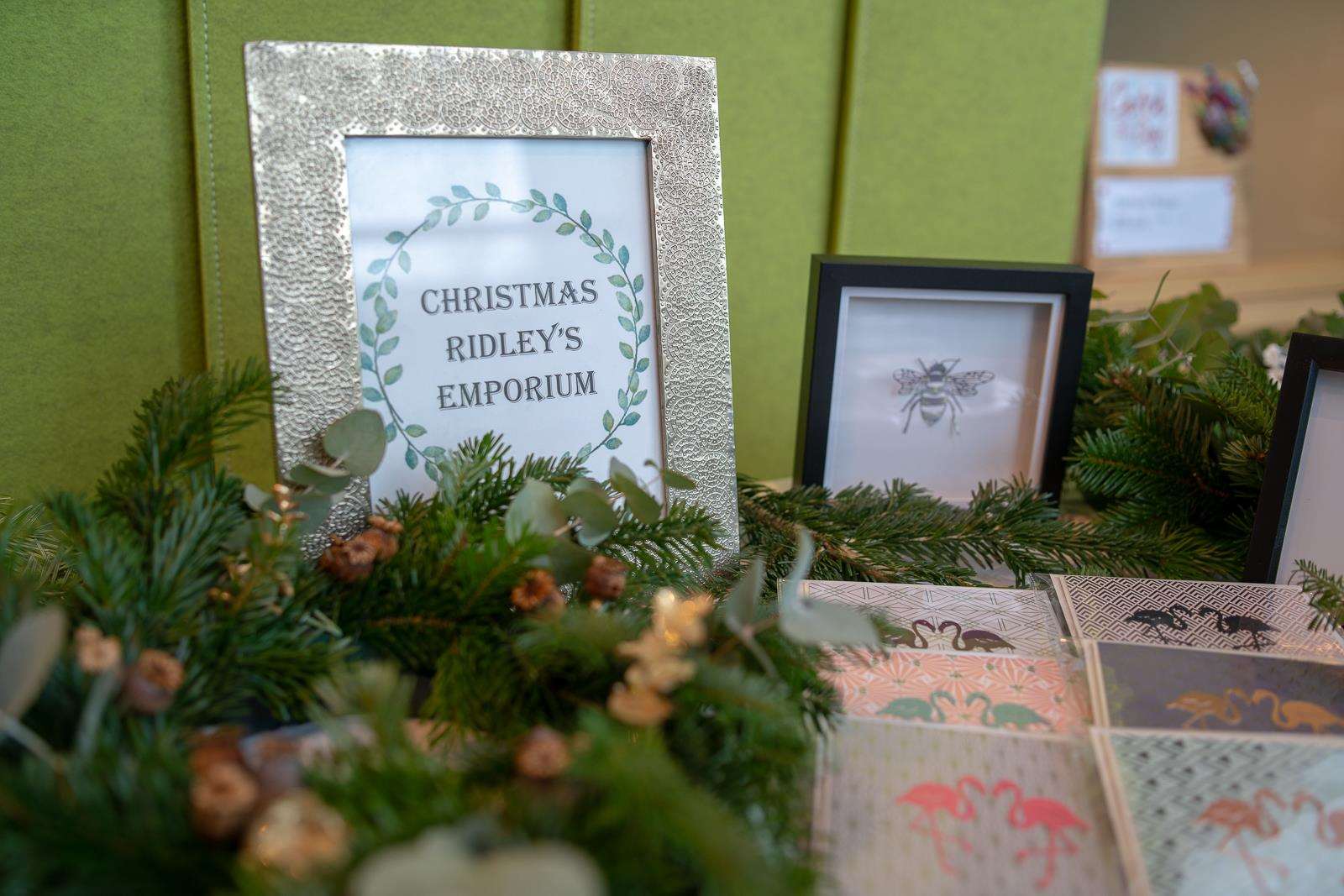 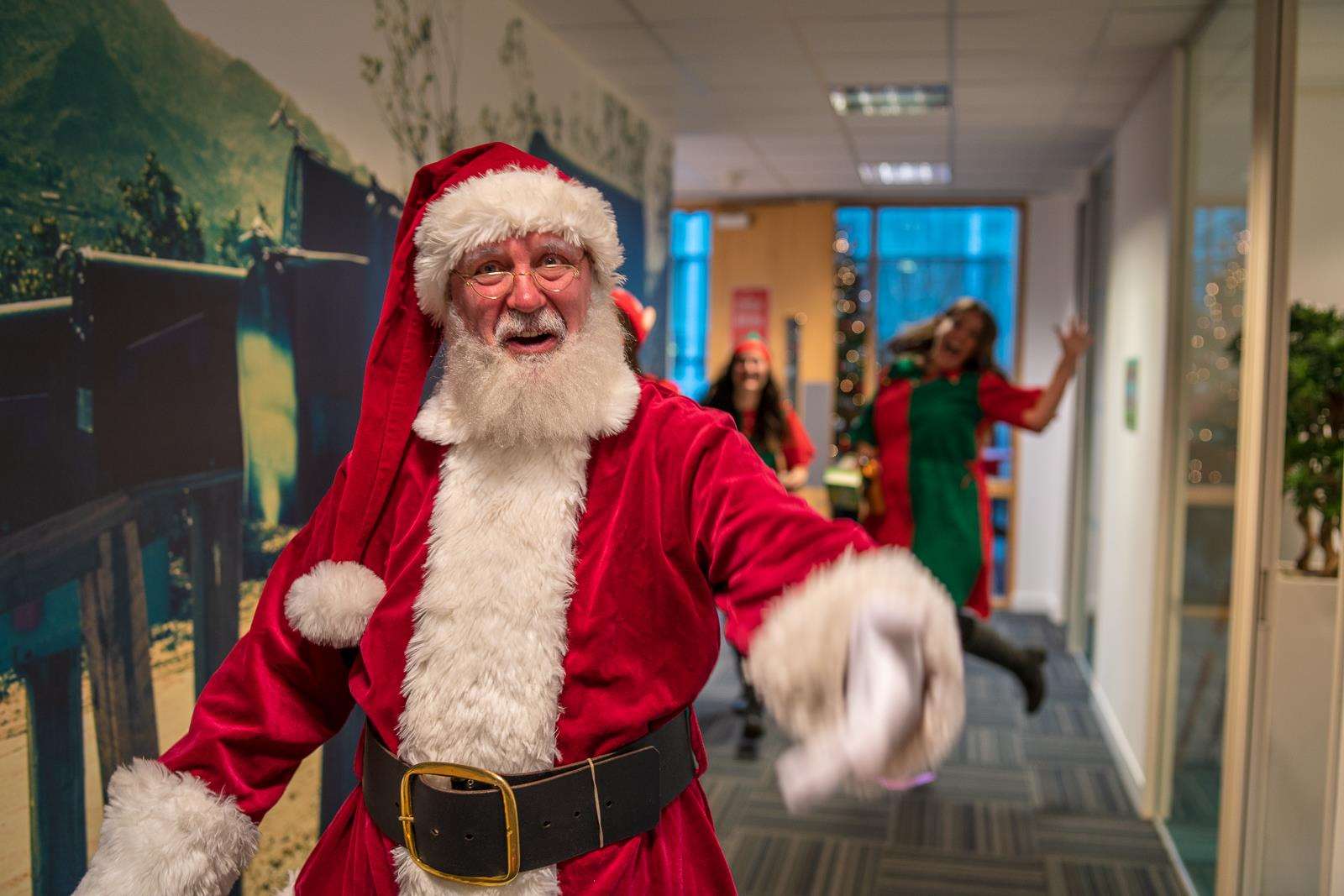 A software company raised £1,000 for Cambridge Foodbank ahead of the festive period.

Staff at Redgate Software, the provider of Microsoft SQL Server tools, raised the funds at a Christmas craft market.

The Redgate initiative was part of its ongoing and regular support for charities which includes donations and sponsorship, staff volunteer days, and matching the money raised by staff in personal fundraising efforts.

The Christmas craft market boasted handmade cookies and cards, embroidery and calligraphy, paintings and ceramics, made by Redgate staff or their relatives.

Law firm Hewitsons also donated a large collection of food and other essentials to the charity.

The collection was handed to Cambridge Foodbank on Friday, December 14, at the charity’s warehouse in Orwell Furlong.

Co-organiser Alexandra Howard, a senior solicitor in Hewitsons’ private wealth team, said: “With Christmas and the cold setting in, we know that this can be a particularly difficult time of year for many families and individuals across Cambridge.

“The services provided by Cambridge Foodbank are absolutely vital for those in crisis. We hope that our donation will help to make things a little easier for as many people as possible this year.”

Jon Edney, director of Cambridge Foodbank, added: “We rely on the goodwill of the public and socially conscious companies and organisations to provide the food needed by those facing financial crisis. We welcome initiatives such as this at Hewitsons and encourage others to get together to support local people by donating food to the Foodbank.”

The Cambridge Foodbank, which opened in 2010, is part of a nationwide network supported by The Trussell Trust, which works to combat poverty and hunger across the UK.

The foodbank, which has 150 volunteers and no paid staff, relies entirely on the generosity of the public to fund its provision of food parcels during crisis situations such as redundancy, benefit delays or receiving an unexpected bill.

Where to find city's foodbanks