A huge iceberg the size of Bedfordshire has broken off the 150m thick Brunt Ice Shelf in Antarctica, nearly a decade after Cambridge scientists first detected the growth of vast cracks in the ice.

The Madingley-based British Antarctic Survey’s (BAS) Halley Research Station is based on the ice shelf, but its glaciologists believe it is unlikely to be affected by the current calving. The station is now closed for the Antarctic winter, with the latest 12-person team who were working on the site leaving in mid-February.

BAS moved the research station inland in 2016 to avoid the paths of vast cracks known as ‘Chasm 1’ and ‘Halloween Crack’.

Since 2017, staff have only been deployed on the station during the Antarctic summer, because in the dark winter months evacuation would be difficult.

While Chasm 1 and Halloween Crack have not grown in 18 months, the first indication of an imminent calving event came in November 2020, when a new chasm called North Rift headed towards another large chasm, near the Stancomb-Wills Glacier Tongue 35km away.

In January, this rift pushed north-east at up to 1km a day, cutting through the 150m thick floating ice shelf. When the crack widened several hundred metres in a few hours on the morning of February 26, the iceberg was formed, released from the rest of the floating ice shelf.

BAS director Prof Dame Jane Francis said: “Our teams at BAS have been prepared for the calving of an iceberg from Brunt Ice Shelf for years.

“We monitor the ice shelf daily using an automated network of high-precision GPS instruments that surround the station, these measure how the ice shelf is deforming and moving.

“We also use satellite images from ESA, NASA and the German satellite TerraSAR-X. All the data are sent back to Cambridge for analysis, so we know what’s happening even in the Antarctic winter, when there are no staff on the station, it’s pitch black, and the temperature falls below minus 50 degrees C (or -58F).

“Over coming weeks or months, the iceberg may move away; or it could run aground and remain close to Brunt Ice Shelf. Halley Station is located inland of all the active chasms, on the part of the ice shelf that remains connected to the continent. Our network of GPS instruments will give us early warning if the calving of this iceberg causes changes in the ice around our station.”

Simon Garrod, BAS director of operations, added: “This is a dynamic situation. Four years ago we moved Halley Research Station inland to ensure that it would not be carried away when an iceberg eventually formed. That was a wise decision.

“Our job now is to keep a close eye on the situation and assess any potential impact of the present calving on the remaining ice shelf.

“We continuously review our contingency plans to ensure the safety of our staff, protect our research station, and maintain the delivery of the science we undertake at Halley.” 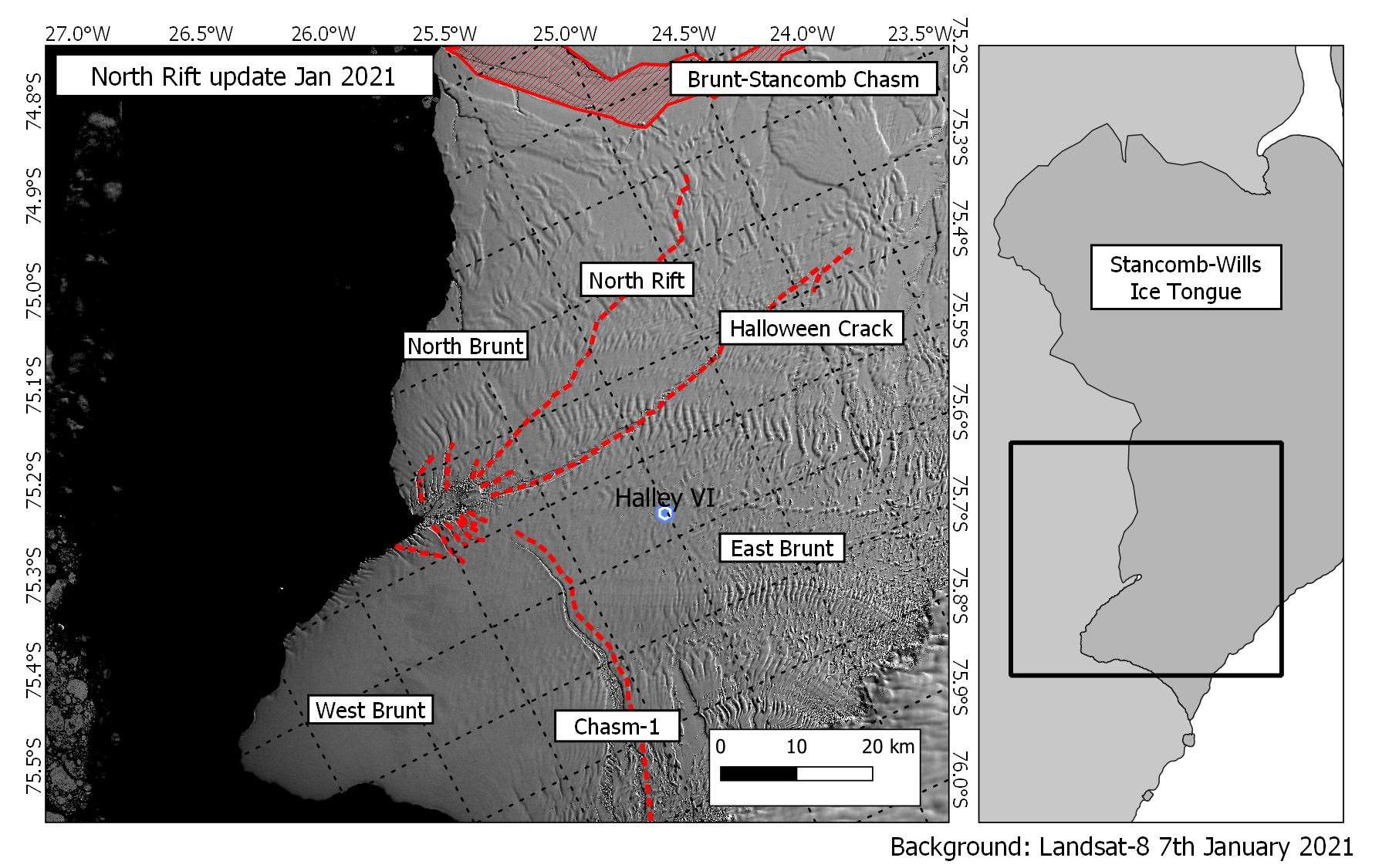 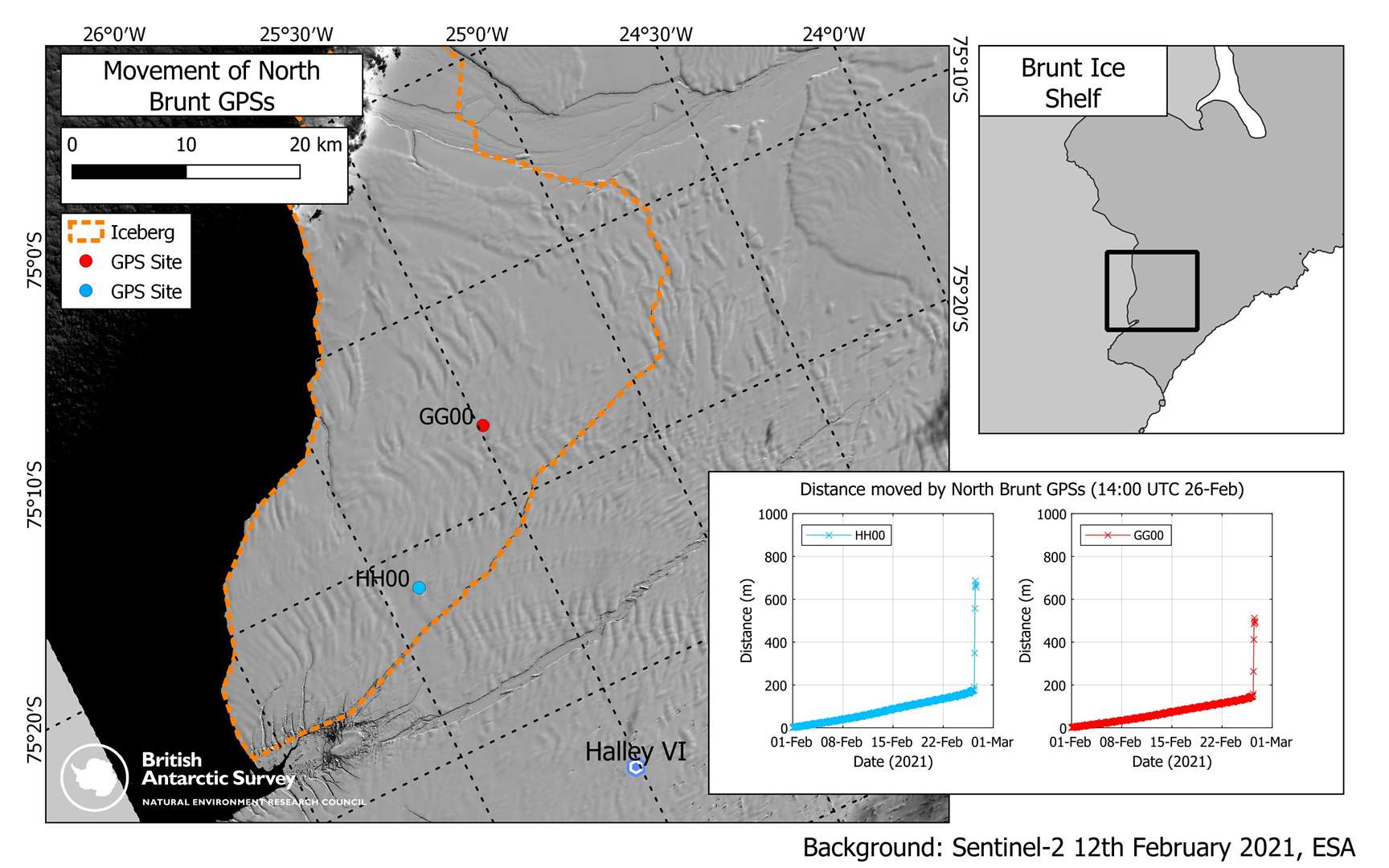