Concerns over the proposed new boundaries for Parliamentary constituencies have been voiced in Cambridgeshire.

In Cambridge, there is concern that Cherry Hinton will be moved out of the city’s constituency, and disappointment that Queen Edith’s has not been moved into it. 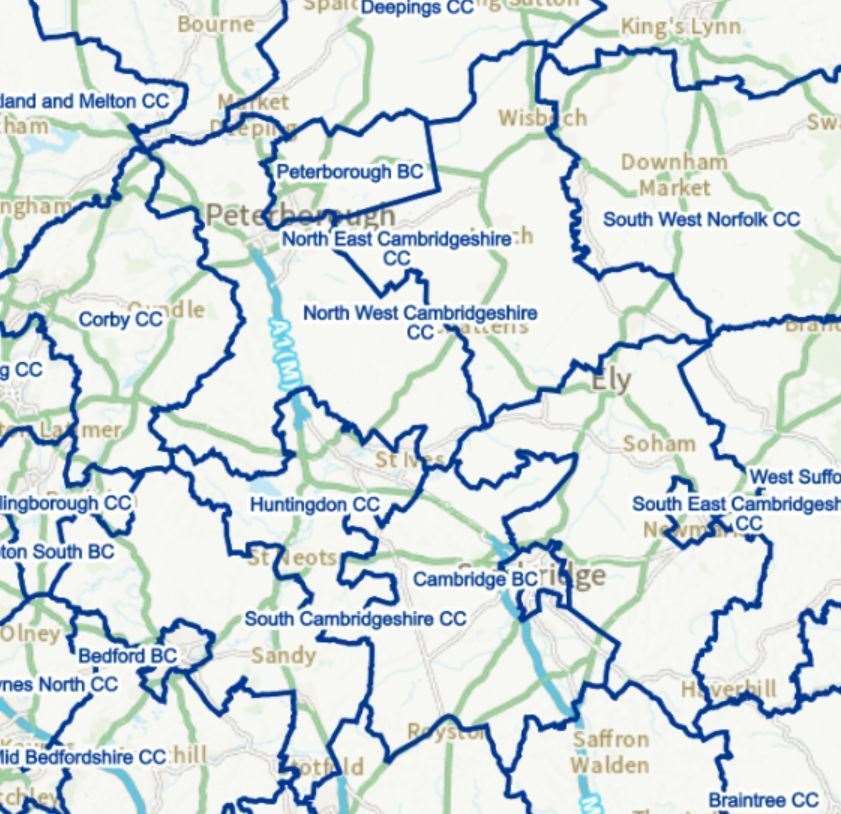 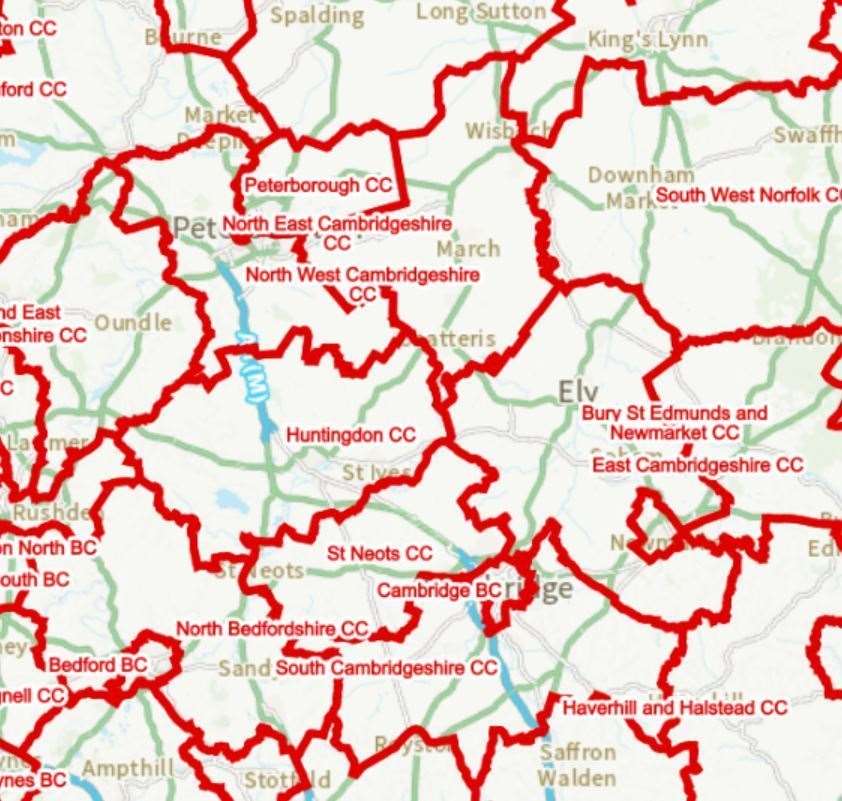 Meanwhile, in South Cambridgeshire there are questions about changes that would see an area including Cambourne moved out into a new St Neots constituency.

The proposals were revealed yesterday (Tuesday June 8) when the Boundary Commission for England published its initial work on a 2023 review that seeks to rebalance MP’s constituencies based on population size.

Here we take a look at some of the main changes and Ben Hatton, Local Democracy Reporter, gauges reaction to the proposals.

The main change for Cambridge would be the loss of Cherry Hinton, a Labour-held area at the council level.

Cherry Hinton would instead join the revised South Cambridgeshire constituency.

The county councillor for Cherry Hinton, Labour’s Bryony Goodliffe, said: “As a proud resident of both Cherry Hinton and Cambridge, I will follow the debate on these boundary changes closely.

“Cherry Hinton has always had a village feel but within and part of the city and I would hate to lose that.”

The boundary proposals were met with disappointment by some residents of Queen Edith’s who hope to see the area rejoin the city constituency boundary.

“Queen Edith’s is obviously a core part of Cambridge and the sooner the commission realise that the better.

“I’ve lost track of the number of residents who have looked at me in confusion when they realise they elect city councillors for Cambridge and yet their constituency MP is South Cambs.”

Cambridge’s Labour MP Daniel Zeichner has not commented on the proposals yet.

This constituency would retain its name, but its boundary would be significantly altered.

It would no longer cover anywhere north of Hardwick, Great Eversden or Gamlingay west of the city, and extend around the south of Cambridge to the east, eating into what is currently South East Cambridgeshire. It would include Fulbourn, Cherry Hinton, Balsham, Weston Colville and other areas.

But Cambourne and some of the areas around it would join the new St Neots constituency, despite falling into South Cambridgeshire District Council territory.

“However, I am keen to make sure that current and future constituents will be part of a connected, coherent constituency that makes sense to them.

“It is impossible for the constituency to remain intact, but dividing major towns such as Cambourne from the greater part of South Cambridgeshire does raise significant questions.

“This remains the first stage of the process, with further changes sure to follow any consultation, and I am encouraging all residents to closely examine the Boundary Commission’s proposal. As ever, theirs is the most important voice and I would urge all affected to have their say on these plans.

“Whatever happens, my focus is on supporting and representing our residents regardless of new lines on a map.”

The Liberal Democrat parliamentary spokesperson in South Cambridgeshire, Ian Sollom, said: “The proposals are interesting, but the changes will do nothing to tackle the fundamental problem of elections feeling unfair and remote to too many people. The fact is these reforms won’t improve representation for people who feel like their vote makes no difference.”

He said the government should be making “fundamental reforms” to make voting easier and fairer.

The changes in numbers

Bedfordshire and Hertfordshire would have 18, instead of 17 constituencies.

Essex and Suffolk would have 26, instead of 25.

Norfolk would continue to have nine.

That means across the East of England, the number of constituencies would rise from 58 to 61.

Nationwide, the number of UK constituencies will stay at 650.

Maps of the other proposed Cambridgeshire constituency boundaries Why are the constituencies being revised?

With the exception of certain protected constituencies, the Boundary Commission for England has been tasked with redrawing the electoral map so that MPs represent roughly equal numbers of voters.

“The rules that the commission work to are such that wide-scale change is inevitable”, the Boundary Commission said. “Under the proposals announced today just under 10 per cent of the existing 533 English constituencies remain unchanged.”

Tim Bowden, Secretary to the Boundary Commission for England, said: “Today’s proposals mark the first time people get to see what the new map of Parliamentary constituencies might look like.

“But they are just the commission’s initial thoughts. Help us draw the line to make the number of electors in each parliamentary constituency more equal.

“Each constituency we recommend is required by law to contain between 69,724 and 77,062 electors, meaning there will be significant change to current boundaries.

“We want to hear the views of the public to ensure that we get the new boundaries for Parliamentary constituencies right.”

An eight-week public consultation is now under way, which is due to be followed by two further rounds of consultation before the commission is due to present its final recommendations to Parliament in July 2023.

The proposals can be seen and commented on at www.bcereviews.org.uk. The current consultation closes on August 2, 2021.

Proportionality (D'Hondt) would be:

This is no fault of the commission, rather a system where boundaries rather than votes decide seats. pic.twitter.com/WXy8pClFia

Cambridgeshire could get another Parliamentary constituency under Boundary Commission proposals