The mayor of Cambridgeshire has been accused of having “bungled” his attempt to put forward alternative proposals for a transport link between Cambourne and Cambridge.

The mayor and leader of the Combined Authority, Conservative James Palmer, failed to secure the backing of his transport committee on Wednesday (November 4) to put his new “indicative” proposal to the Greater Cambridge Partnership (GCP) “to be adopted in preference” to the current plans.

He also refused to commit to a timeline for the next phases in the plans for delivering the metro when pressed by councillors.

The GCP has proposed a route for a busway connecting Cambourne and Cambridge, which could also be used as part of the first phase of the planned Cambridgeshire Autonomous Metro, but it has come under fire, particularly for running through the West Fields near Coton .

The plans were paused, however, after Mr Palmer was outspoken in his criticism of the GCP’s proposed route.

The Combined Authority recently unveiled an “indicative” alternative suggestion , which is not yet at the stage of proposing a precise route, but does indicate an alternative area north of the A428 where the route could run.

While the GCP’s route comes into west Cambridge between Coton and the A1303. the Combined Authority’s proposal appears to offer two potential options for entering the city, with one option following the A428 further east than the GCP proposed, and then turning south, passing north of the American Military Cemetery. The other possible approach to the west of Cambridge appears to be an underground option.

The idea of a northerly route has received a cautious welcome from villagers in Coton and Hardwick, who feared the impact the GCP’s original scheme would have had.

The mayor proposed taking the alternative proposal to the GCP board meeting in December “to be adopted in preference to” the route put forward earlier in the year by the GCP.

But no seconder came forward to support the proposal, not even from the mayor’s own party.

A number of councillors across all parties raised questions about what exactly the mayor was asking the GCP to do with the alternative proposal and requested more clarity.

The absence of support to take the work to the GCP for consideration raises questions around whether the GCP will now push on with its own plans in its next round of decision-making later this month and in December.

The GCP’s scheme will have to adhere to the transport policies set by the Combined Authority.

After the transport committee meeting, the mayor said it was merely a technical error that prevented the proposal being seconded.

But Cllr Van de Weyer, who will stand against Mr Palmer at the next mayoral election , criticised what he described as a lack of community engagement in deciding the alternative route, which he said was behind the lack of support.

He told the transport committee there is “urgency” around resolving a plan for Cambourne to Cambridge, as the Local Plan covering South Cambridgeshire District Council requires a high quality public transport route to connect to Bourn Airfield to meet the development’s planning conditions.

He also pushed the mayor and the Combined Authority to provide a timeline for the next steps in delivering the metro.

The mayor said he had already provided a solution to “protect the Local Plan in the short-term” and said “getting public transport right is the most important thing” and that he would not “rush”.

He said: “We have put in bus routes now, that are operational now, that have alleviated the pressure on the local plan to at least 2027 depending on the development of Bourn Airfield.”

Joint chief executive of the Combined Authority, Kim Sawyer, said: “What we have been doing is understanding the importance of getting this right and not necessarily being tied down to dates. Actually we are not on a deadline as such, what we need to do is make sure the scheme is right.”

Cllr Van de Weyer said: “We do have a deadline which is the delivery of our Local Plan.”

He disputed the 2027 date to resolve the issue, saying instead he understood there is around three years to get a high quality public transport route in place to meet the Local Plan requirements linked to Bourn Airfield.

Nicky Massey, Labour city councillor for Cambridge, requested a legal opinion be sought to resolve the issue of when the deadline is to meet the planning requirements of Bourne Airfield with a new public transport route. She also said “we do need some goal” for a timeline.

Speaking after the meeting, Mr Palmer said his proposal would have passed if it were not for an electronic glitch meaning no seconder could be found.

He said he hoped the GCP would still consider the route as an alternative, although he said “we will have to wait and see” if it can be brought to the GCP board in December as planned.

“It’s certainly not bungled, it’s certainly on the table,” Mr Palmer said, responding to the criticism from Cllr Van de Weyer, adding he believes the proposal will pass “comfortably” at a future date. 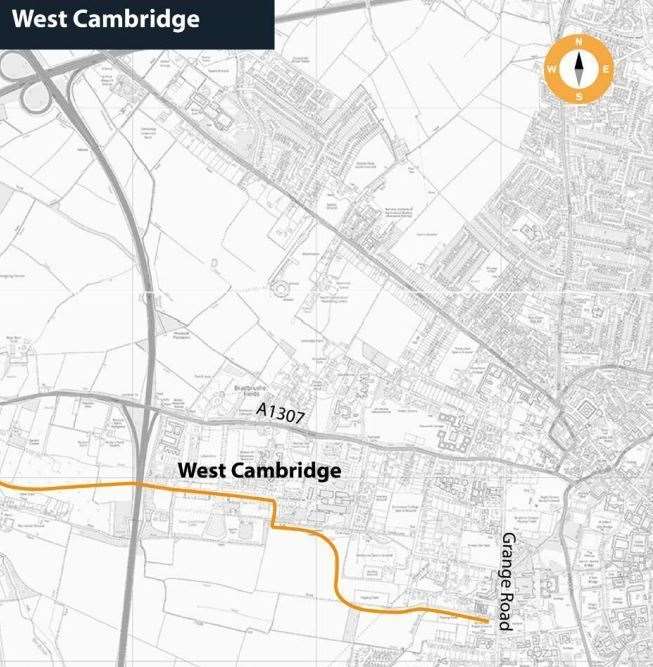 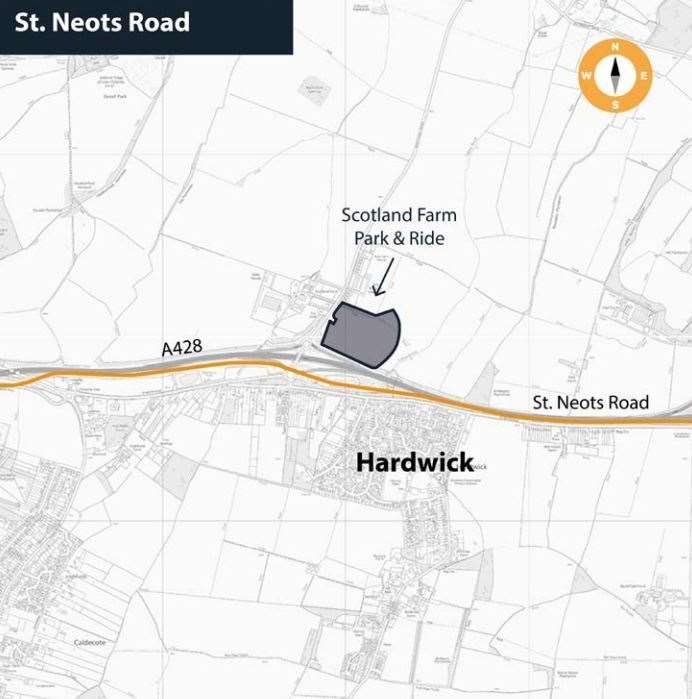 He added: “The reality is that today was about trying to hold an olive branch out to these people who have been so determined to drive through this project against the will of the general public.”

Ms Sawyer told the committee the GCP has questions about the Combined Authority’s indicative alternative. She said the GCP has “raised concerns about the validity of this scheme because it’s more expensive in their view”.

“To be quite honest, the preferred route for us would be to the north of the A428 leading to a new interchange where the M11 joins the A428,” he said.

“At the moment, any traffic going on the A428 west, coming off the M11, has to leave at Madingley, come up at Madingley Hill, and then go down a slip road on to the dual carriageway. If they improved the interchange further down, I’m sure that could make it a lot better.”

Also on Wednesday’s agenda was the GCP’s response to an independent review commissioned by the Combined Authority.

It covered the compatibility of the GCP’s Cambourne to Cambridge plans with the Combined Authority’s transport policy.

The Combined Authority has claimed the review shows that the GCP’s scheme does not meet the requirements of its transport policies. The GCP claims there are no issues to justify that conclusion..

Sign up for our free weekly newsletter and stay up to date with a digest of key stories and features, direct to your inbox every Friday

Alternative Cambourne to Cambridge busway route to be considered

Is this the end of the line for GCP’s off-road Cambourne to Cambridge busway route?