Plans aimed at transforming the way people get into Cambridge from the south east have been unveiled.

Possible new travel hubs and potential routes for a new mass public transport link from the A1307 that mean thousands of people could get into the city without driving have been outlined ahead of the next meeting of the Greater Cambridge Partnership (GCP) Joint Assembly.

A public consultation on the possible routes for phase two of the Cambridge South East Transport Scheme – that aims to deliver quick and reliable public transport links from the A1307 to the city – could begin in September.

The link would be segregated and off-road, and is expected to be some kind of bus-based system that could eventually form part of the wider plan for a metro system for Cambridge.

The GCP is also considering the next steps to the west of M11 junction 11, after a public consultation found more than 70 per cent of people backed proposals for a new travel hub rather than building a multi-storey car park on the existing Trumpington Park and Ride site.

If approved, the new site would have more parking spaces and secure and sheltered cycling spaces and lockers to enable more people to cycle, walk or use public transport to get to the city or key employment sites such as the Cambridge Biomedical Campus.

Cllr Lewis Herbert, chairman of the GCP’s executive board, said: “We need a high-quality public transport system that helps people move in, out and around the city quickly, reliably and more sustainably to support the thousands of extra jobs and homes planned for Greater Cambridge.

“We’ve already delivered safety improvements along the A1307 as part of phase one of the Cambridge South East transport scheme. For phase two, we’d like to see a quick and reliable dedicated public transport route which will help people get in on more sustainable services without bringing their car into the city. The Trumpington Park and Ride is extremely popular and quickly reaches capacity most days – we must take action now to help hundreds more drivers choose to leave their car and catch public transport, walk or cycle so we can cut congestion and improve air quality.”

The findings to the GCP’s Choices for Better Journeys engagement campaign have also been published in the reports to the Joint Assembly which will meet on June 6. The executive board meets on June 27. 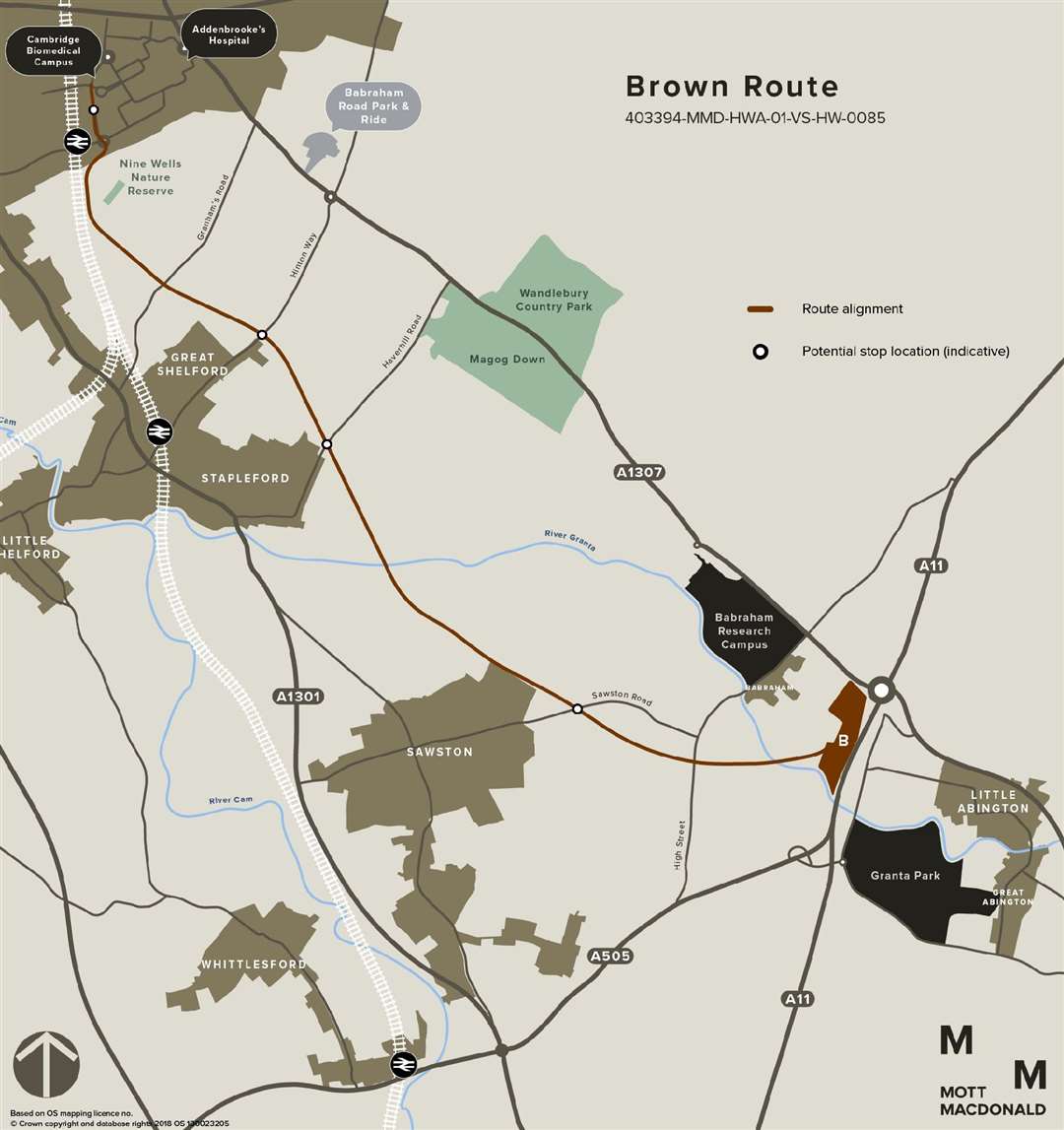 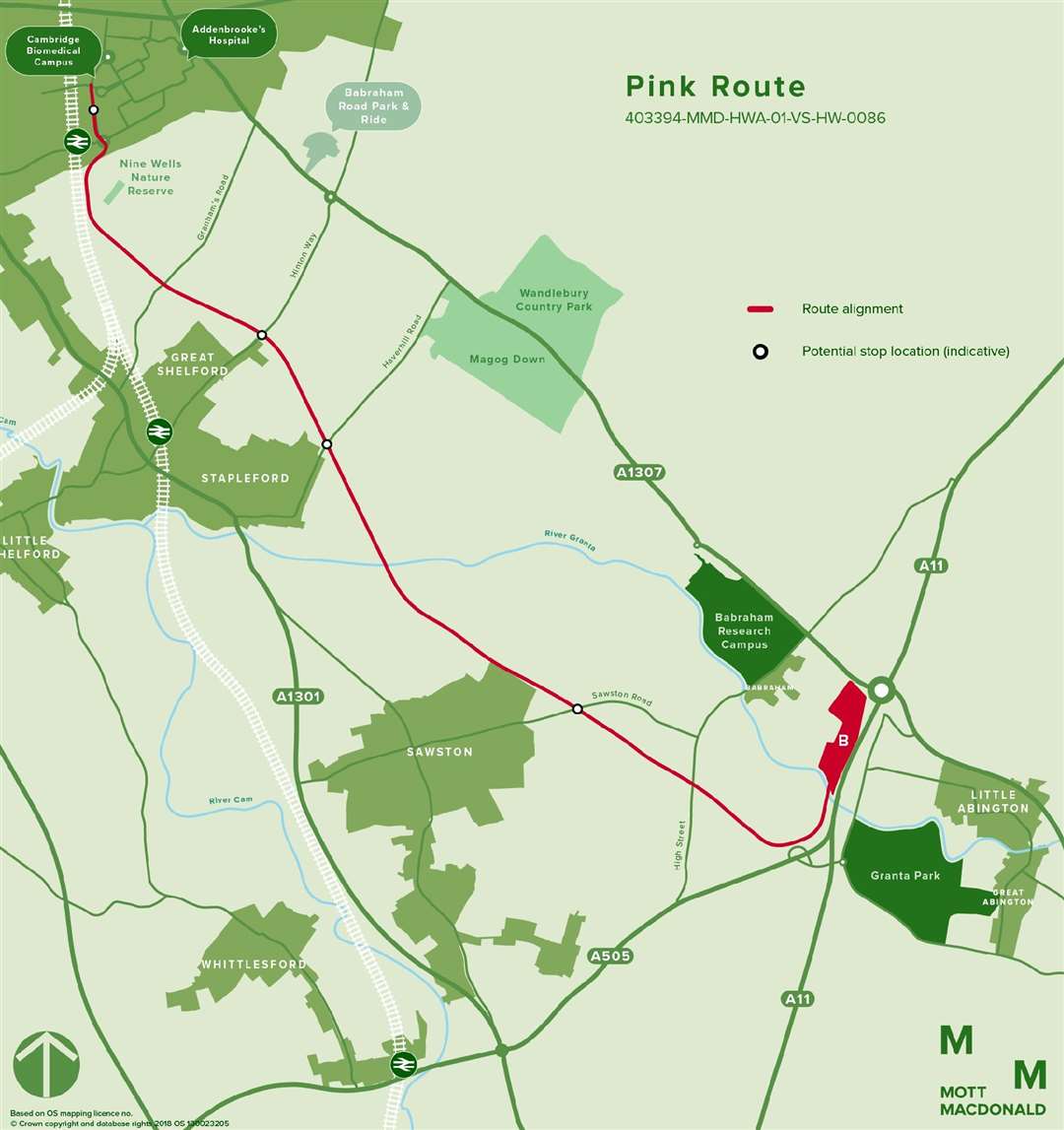 Work on phase one of the Cambridge South East transport scheme and a £14million package of improvements to road safety and walking, cycling and public transport journeys along the A1307 began in January. The work includes safety upgrades to the eastbound dual carriageway, the creation of a new eastbound bus lane approaching Linton, signal improvements by Linton Village College and additional cycle lockers and storage at the Babraham Park and Ride site.

Construction work on phase one is expected to be completed by 2020. Following a public consultation in 2018, the GCP is working on an off-road public transport route for phase two.

In future, the route could become part of the Cambridgeshire Autonomous Metro system being developed by the Mayor and the Cambridge and Peterborough Combined Authority.

A consultation on two options – to expand Trumpington by constructing a multi-storey car park or to build a new park and ride site near M11 J11 – was held in winter 2018. 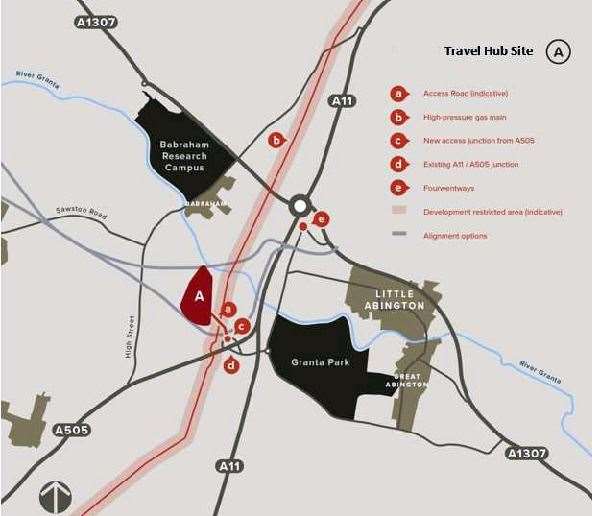 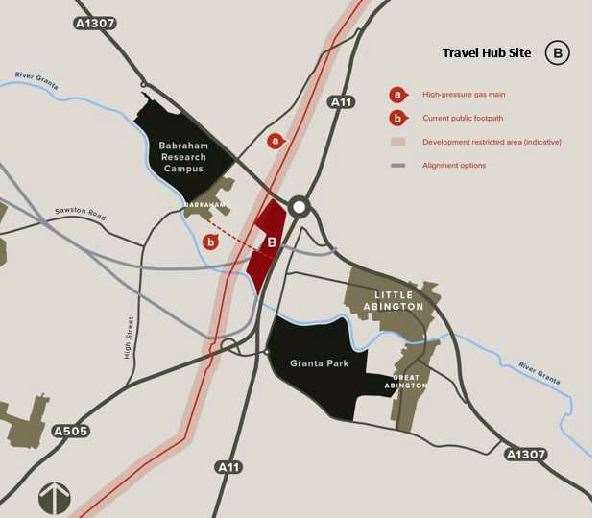 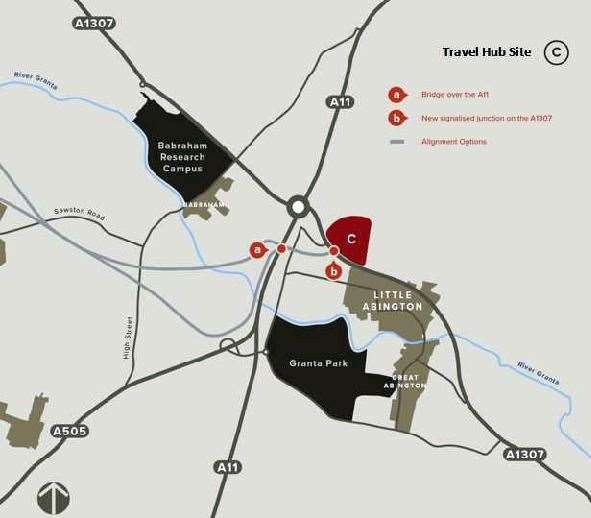 1. A park and ride on arable farmland located on the A1307 (east of the A11) with space for 2,000 cars, and the potential for up to 3,000 upon expansion. The existing junction of the A1307 and Newmarket Road could be modified to create a four-arm roundabout to provide traffic access. The public transport route would be connected to the western side of the A11. A separate signalised crossing of the A1307 would be required. The site is relatively well located for vehicles travelling from the west.

However, those travelling on the A11 would need to deviate from their desired line into Cambridge and the site location would not be visible to traffic on the A11 meaning it is less likely to attract passing drivers. The site is the only one of those included in the shortlisted options to be located outside of designated green belt.

2. Travel hub – An enhanced park and ride could be located west of the A11 and in a location which would be passed by all drivers travelling west on the A1307 towards Cambridge. The site would have a parking capacity of 2,000 and the potential to expand to 2,500. But, located within the green belt, part of the site is situated in a flood zone and is located adjacent to a high-pressure gas pipeline. In addition, a public footpath runs through the site, connecting with the existing footbridge over the A11.

3. Travel Hub 2 – An alternative enhanced park and ride site could be created west of the A11/A505 junction and is set back from the A505. An access road would need to be implemented for access. The site could have 2,000-3,000 spaces. The existing A505/A11 junction would need improving, or a new junction would be needed further south on the A505. The site is located on green belt land currently being used for arable farming. It is close to a high-pressure gas main and the impact would depend on the access location. The location would require a diversion for those using the A1307 from the A11 (Fourwentways) junction due to no northbound exit from the A11 at the A505 and would be less visible to the majority of potential users.