Red Rebels at Funeral for Life: Time to mourn what we're losing

The schedule of climate change protests continued with the youth strikers’ evening vigils closing on Friday (September 27) on King’s Parade and a Funeral for Life procession involving the Red Rebels in town on Saturday (September 28).

On September 20 in Cambridge and across the globe adults had officially joined children for the first time since the youth strikes began in February, generating the largest climate change protest in history with more than 5,000 events in 162 countries. A daily vigil took place during the week, and strike ended outside the iconic King’s College Chapel, with protesters staging a die-in and setting off phone buzzers to ‘sound the alarm’ on the climate crisis.

Lucia Sophia, 10, said of the vigil: “It’s important that everyone takes climate change seriously. It’s not enough for us to be here. We need all children, all adults, all schools, all businesses, all governments to work together to reduce our carbon emissions to sustainable levels."

On Saturday the Funeral for Life was led by the Red Rebels, with Extinction Rebellion (XR) campaigners carrying the coffin.

“This was a funeral procession,” said Extinction Rebellion campaigner Jason Scott-Warren, who was on the walkabout. “It was led by a dozen Red Rebels, with around 40 mourners dressed in black, some carrying cardboard gravestones inscribed with the dire facts about biodiversity loss. 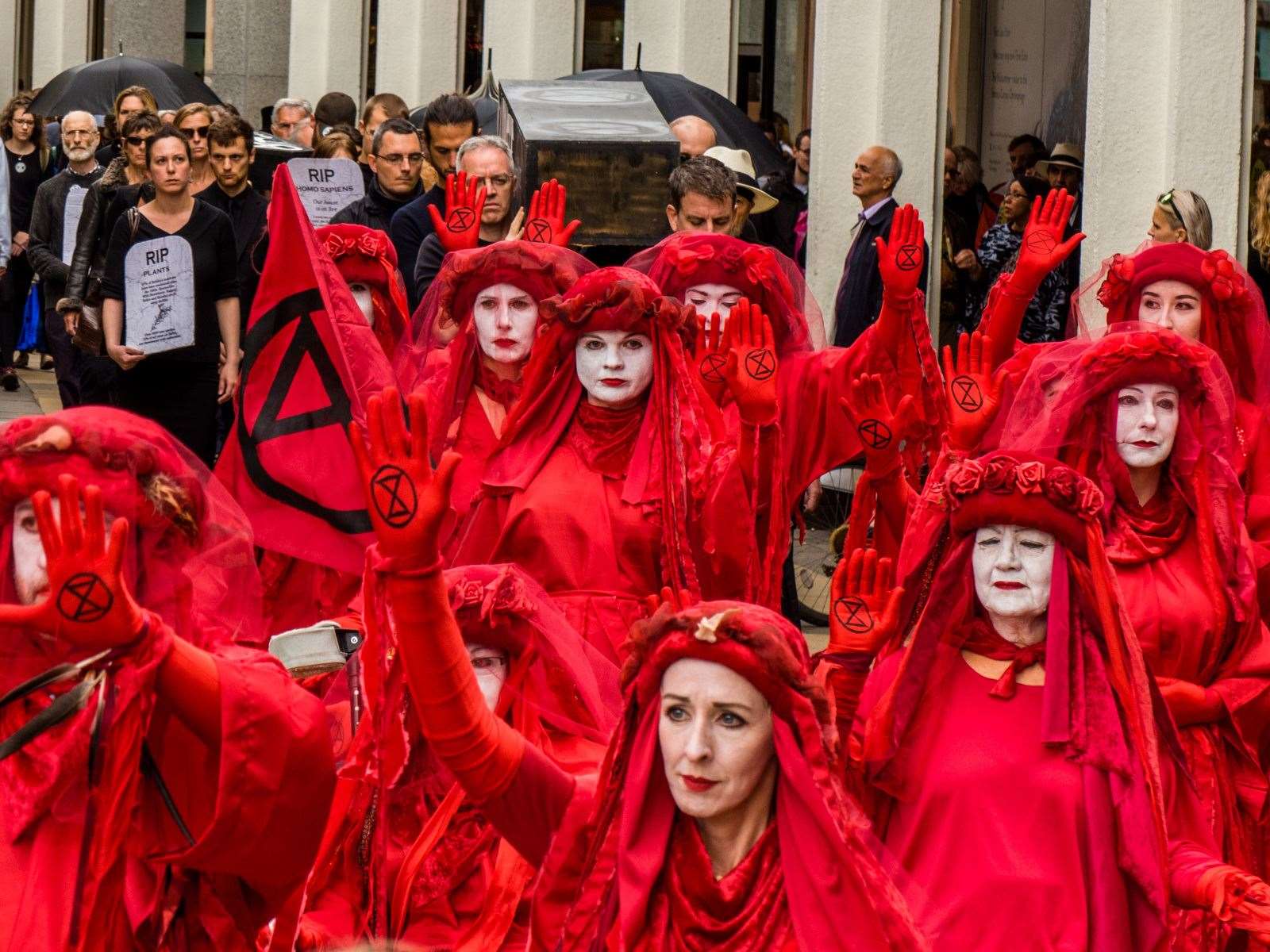 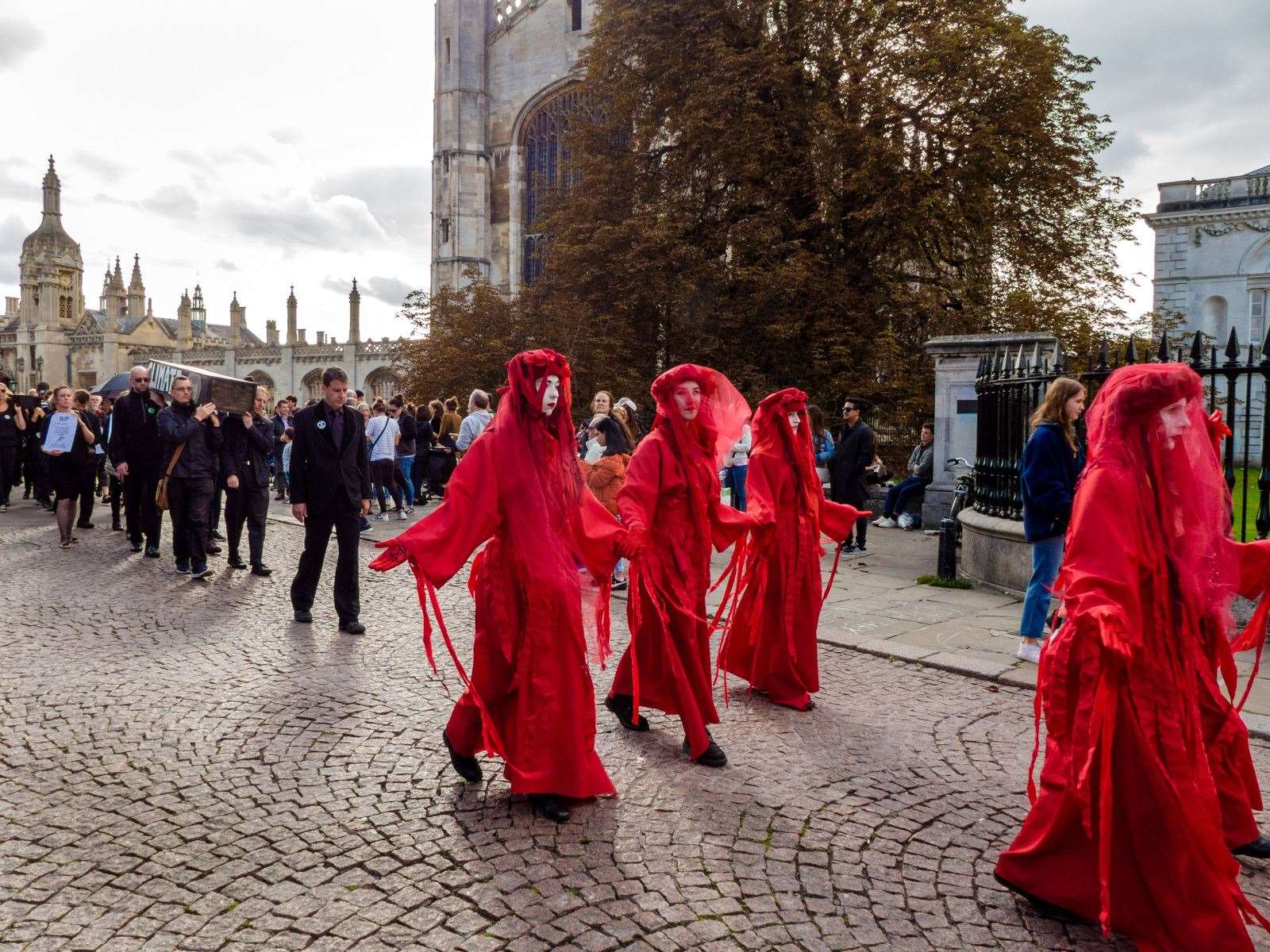 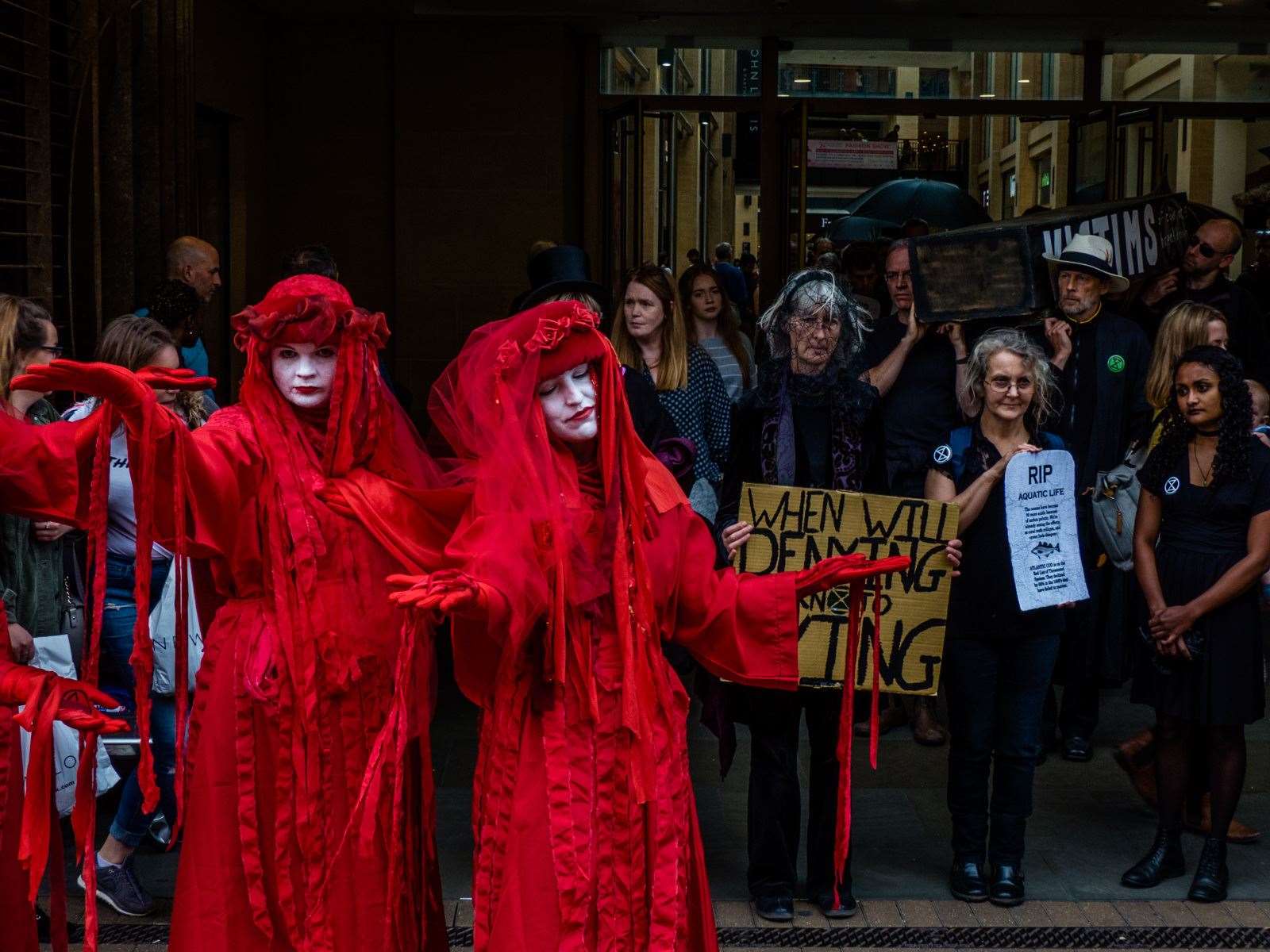 “We were bearing coffins for the victims of climate collapse, past, present and future, and for all the wildlife that is dying and becoming extinct. The march was entirely silent except for the slow beating of drums. A few XR members were working on the sidelines, handing out leaflets and engaging passers-by in conversation. It was intended not as a march or protest, or as street theatre, but as a way of channelling emotion and making grief visible.

“Those who took part thought it was very moving and powerful. The sense of emotion was palpable and at least one passer-by broke down in tears in response to it. Inevitably there were also some hecklers, and some passers-by who thought we were exaggerating the threat. Of course, we don’t think it can be exaggerated, or that it’s just a threat, given what is already going on around the world.”

"We were led through the town centre by the Red Rebels, whose unique display of love and compassion initiated many conversations, as well as moving bystanders to tears," said an XR post online. " A brighter future for our species will require us to repair the human disconnect from nature. To do that we must first feel within ourselves the devastation that has been created by being torn from the land. Then we must move forward. In love, courage and compassion."

This Saturday (October 5) sees Extinction Rebellion creating a human logo on Parker's Piece in an event titled Time Is Running Out.