“It has now been precisely one year since the first school strike for climate, and during that time, what’s happened? Not a lot.”

Speaking to the crowd on King’s Parade for a Valentine’s Day protest dedicated to Australian schoolchildren, Arthur, 13, continued: “And what makes that even weirder is that the effects of climate change are more prominent than ever, and so many people are being affected first-hand. Take the Australian bushfires for example.”

The Australian bushfires have ignited not just a sense of horror across generations, but have also added a new sense of urgency, and were also referred to by another speaker, Harry. Speaking to those who had marched from Shire Hall at 10am via Grand Arcade, he said: “We talk about climate change as if it’s a thing way off in future, but the wildfires we’ve seen raging in Australia in recent months bring it fully to the present day. How can we still think that climate change is in the future? Estimates say that the number of animals killed totalled half a billion. If they were humans that would be the same as losing seven per cent of the world’s population.

“Australia is the third largest exporter of fossil fuels. Wait that can’t be right. How can that be right? But it’s not just the Australian wildfires we should be focusing on. Australia is now beset by more extreme weather, this time flooding. And closer to home here in England, our weather becomes more extreme.

“But you’ve got to remember, there are still people fighting for our future. We, the next generation, care. Because we are not just burning mad, we are also flooded with anger. And we’re going to turn the tides.” 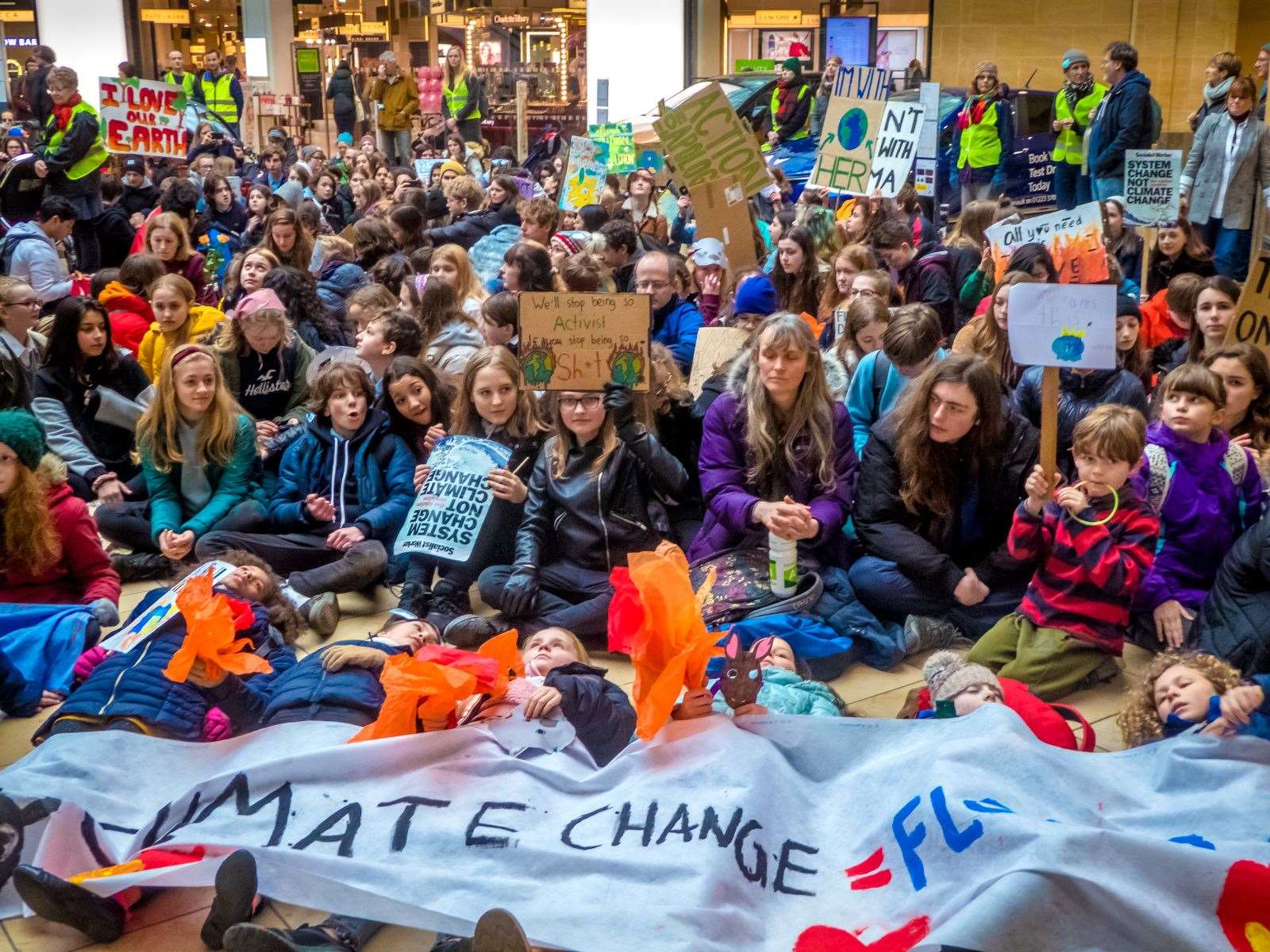 Around 30 Cambridge schools take part in eco-council and protest activities. Mid-week, they wrote an open letter to their Australian counterparts. On Friday, they wore red and orange to symbolise fires. A minute’s sit-down in Grand Arcade was followed by music and speeches outside King’s College.

Since Cambridge Schools Eco-Council was formed, Cambridge City Council has declared a climate emergency. Many alliances have been forged and communities strengthened. The school and youth protests have been ongoing, with items added to the agenda including a looming water crisis, increased flooding, AstraZeneca has pledged to create an AZ Forest with 50 million trees. But the evidence is gathering and, with the collapse of the recent UN climate talks in Madrid, any sign of a collective governmental will has disspiated.

There’s a fair number of adults at youth strikes. Most are parents or teachers. After the march ended I asked one of those attending, Shayne Mitchell, why she was there.

“It’s a village health clinic run by six local tradespeople who diagnose TB (tuberculosis),” Shayne, who regularly attends Extinction Rebellion events in London and is a Green Party member, adds: “It’s absolutely a grass-roots thing, not a big 4x4 sort of organisation. One person basically does TB analysis by microscope. TB is basically a disease of poverty. One village said the patient needed to try and eat one egg week, it’s that level of poverty. Logically the people shouldn’t be alive because they are taking in too few calories.”

“The kids are amazing. There were loads of speakers, about ten. They are so articulate and organised, so clear - unlike lots of adults.

“They’re so brave too, there’s lots of societal pressure, and probably school pressure - and maybe even peer pressure. Izzy started going to marches about 16 or 17, but you expect teenagers to start not obeying the rules, whereas at 12 or 13 it’s a great deal harder.”