The three options are located between the guided busway bridge on Cambridge Biomedical Campus to the north and the Addenbrooke’s Road bridge to the south.

They have been released as part of a public consultation which launched today (Monday, January 20).

The new station aims to improve access to the rail network for staff, patients and visitors to Addenbrooke’s and Royal Papworth hospitals, and meet new and future demand from housing opportunities throughout the Cambridge Southern Fringe.

The station would also promote access to a growing area of high-quality employment.

The station will have four platforms with step-free access via a footbridge and lifts; taxi and passenger drop off facilities and facilities such as a retail/catering unit, a waiting room and toilets.

It will also have blue badge parking and cycle parking.

The proposals require approval under the Transport and Works Act 1992 to build, operate and maintain the new station.

Should the project progress to the next stage, Network Rail plans to submit a draft TWAO in 2021 for approval by the Secretary of State.

Network Rail envisages that the station could open by 2025, but James Palmer, mayor of the Cambridgeshire and Peterborough Combined Authority, has condemned that idea as “foot-dragging”.

It has confirmed that the local road network would be used to transport construction materials, however transport via the existing railway is also being considered.

Network Rail has also said it will carry out an environmental impact assessment which would look at the likely effects of the proposals on the natural and physical environment and the relationship of people with that environment. It would include measures to avoid, reduce or mitigate potential significant impacts. 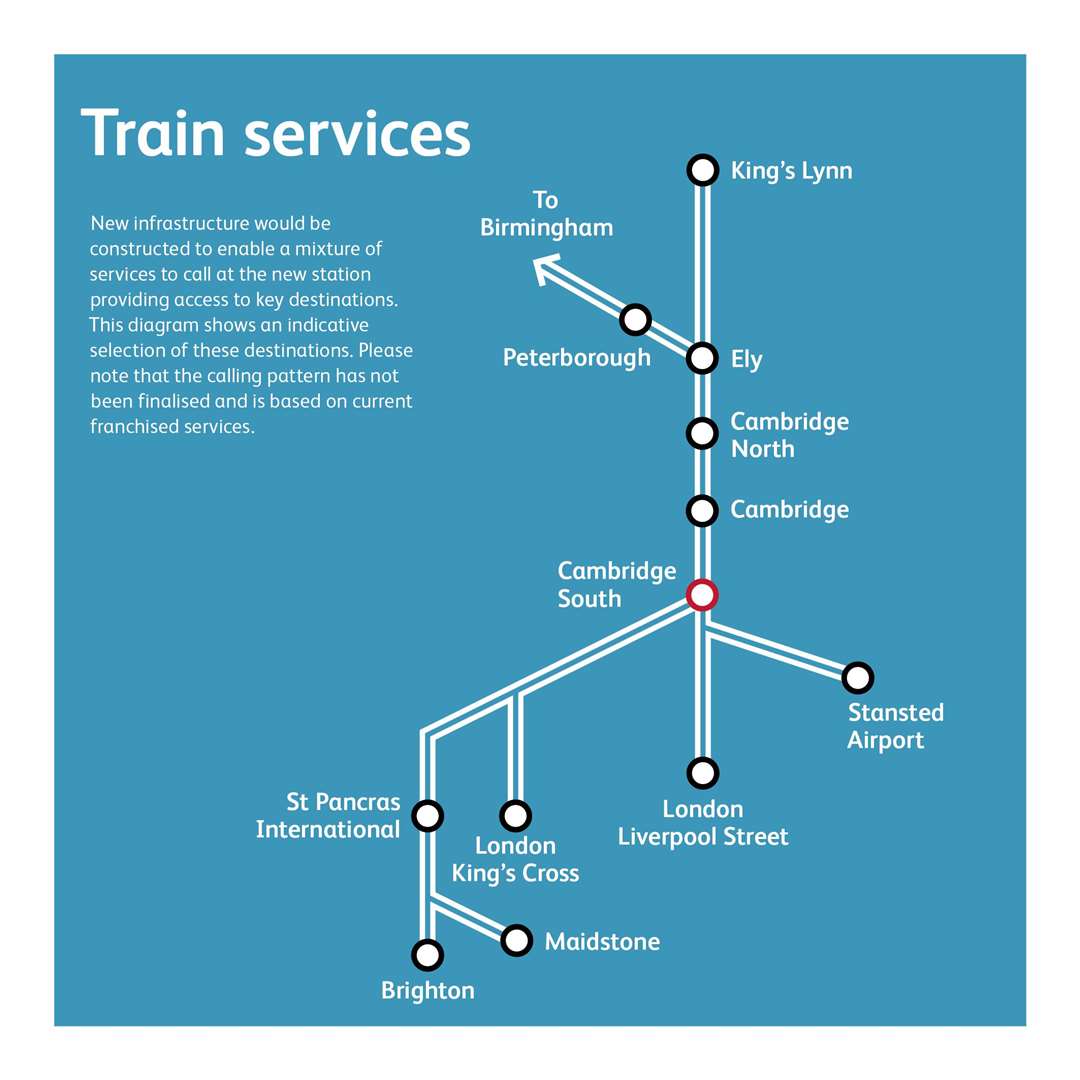 A series of consultation events kick off this afternoon at the Hicks Room at the University Centre in Granta Place between 4pm and 8pm.

If you’re unable to attend an event, a questionnaire has been published online for people to complete.

You can also email: cambridgesouth@networkrail.co.uk. The consultation runs until Monday, March 2.

Three locations for Cambridge South railway station to be revealed