Cambridge’s bird population has received a boost - 100 bird boxes have been placed around the centre of the city to help birdlife struggling to survive the biodiversity crisis.

The boxes - built and distributed by Extinction Rebellion activists - were made to accommodate species such as blue tits, finches and house sparrows.

Ben Ward of Extinction Rebellion Cambridge said: “100 bird boxes have been hand made by rebels, perfect for garden and hedgerow birds. We are doing this to highlight the biodiversity crisis and also as a gift for our community. Cambridge residents leaving their homes to exercise during their self-isolation will be able to watch nature – which is really good for the soul at times like this!”

Ben added: “We have spoken with conservationist about the best way of putting the boxes up to ensure the birds are safe. I’m also wildlife conservationist and another rebel is an amateur naturalist who has volunteered weekly with RSPB for six years. It’s really important to do this as half of UK birds have become extinct over the last 50 years, with almost a third of woodland birds dying out.” 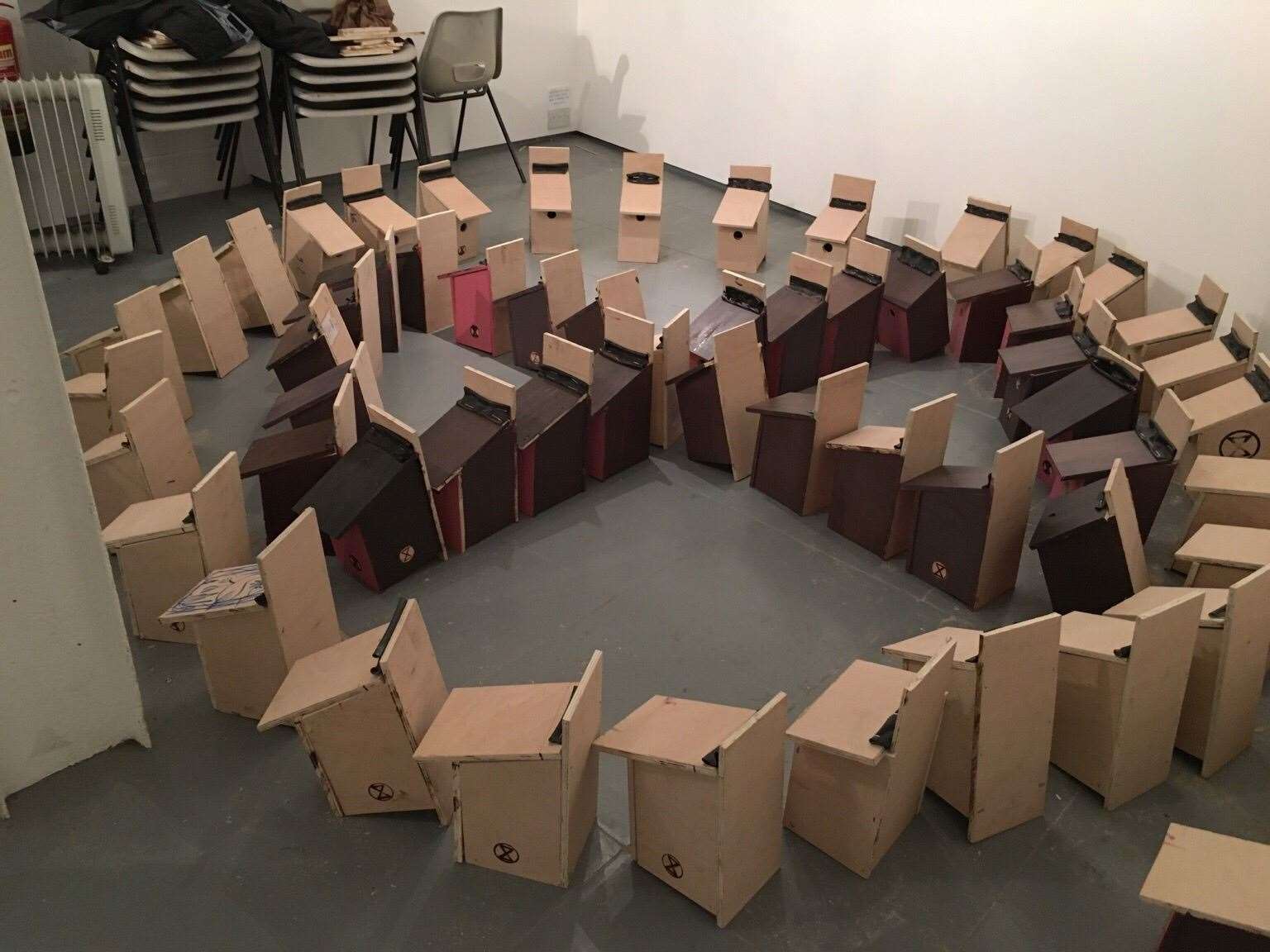 While Extinction Rebellion Cambridge activists are continuing to highlight the climate and ecological emergencies throughout the coronavirus crisis, many rebels are throwing themselves into community activities, organising and supporting their neighbours through mutual aid groups across the county. In a recent statement, the group said: “Instead of our usual activism, we will be working with existing mutual aid organisations to help those in need. We are a decentralised, self-organising movement, able to react to change more quickly than most.”

The action follows Extinction Rebellion Cambridge’s removal of nets which the university had placed over trees on the West Cambridge site to stop birds from nesting. Under the law, landowners are not allowed to cut down trees in which birds are raising young so nets are often used to stop birds from building nests in the first place. This allows landowners like Cambridge University to cut down the trees legally later on. The protesters visited the site several weeks ago to remove the nets and enable birds to nest in the trees. After pressure from Extinction Rebellion Cambridge, conservationist Chris Packham and the general public, the university agreed to take down all the nets and apologised publicly, admitting it was wrong to prevent birds from nesting in the trees.

The group says it will pause disruptive action during the crisis because it’s not appropriate at this time, but adds: “Of course, we cannot forget that the climate crisis is worsening every day. This viral pandemic is a wake-up call for us to adapt to a world in which business as usual is no longer keeping us safe or happy. We are shifting our focus to those directly in need because it is the right thing to do, but we will not stop holding our government to account for casualising this and every other crisis, for always being reactive and never proactive.”

The bird boxes were installed before the national lockdown began on Monday (March 23).