Cambridge’s school strikers’ March protest on Friday is set to highlight threats to local water supplies and to the river Cam and which it says has become “canalised”.

More than 30 schools from Cambridge and surrounds will start at Shire Hall at 9.45am and head for an 11am gathering in Bridge Street “to demand that this issue gets brought to the light and the Cambridgeshire County Council, Cambridge City Council and water companies do something about it instead of waiting for an unlikely amount of rain”.

The Cambridge Schools Eco Council said: “Now, the river Cam is at 77 per cent less than its long-term average flow for the last year, according to the Environment Agency. This is primarily due to over-abstraction of water from the chalk hills for domestic use. Our tap water mostly comes from the eastern chalk aquifer and we don’t have another source of water. The Cam may seem like it is completely fine and healthy but it is far from it. This is an illusion from how canalised the river is.”

The “illusion” is perpetuated by “putting water back into the headwaters of the streams in the summer to keep those streams running, because they have taken so much water out of the chalk”, according to Stephen Tomkins, who chairs the Cam Valley Forum environmental group, adding that up to 20 per cent of the water abstracted is subsequently returned into the headwaters during the summer months.

“Our chalk hills are also a beautiful feat of nature that must be preserved,” says the spokesperson for the pupil led movement which began a year ago this month and whose February theme was the Australian bush fires and specifically their impact on Australian youth and wildlife. “We can’t stand by when our environment deteriorates in front of our eyes. Many aquatic animals will die because of the over-abstraction therefore we are obligated to protect our beloved river. With climate change and hotter summers, the chalk hills are under a lot of stress.”

Nico Roman, 11, Kings College School said: “Our rivers and streams are really important - the Cam is the reason for our city, Cambridge. Climate change, together with poorly planned growth, could devastate our water ecosystems, costing us our present and our future. We are speaking out to defend our river.” 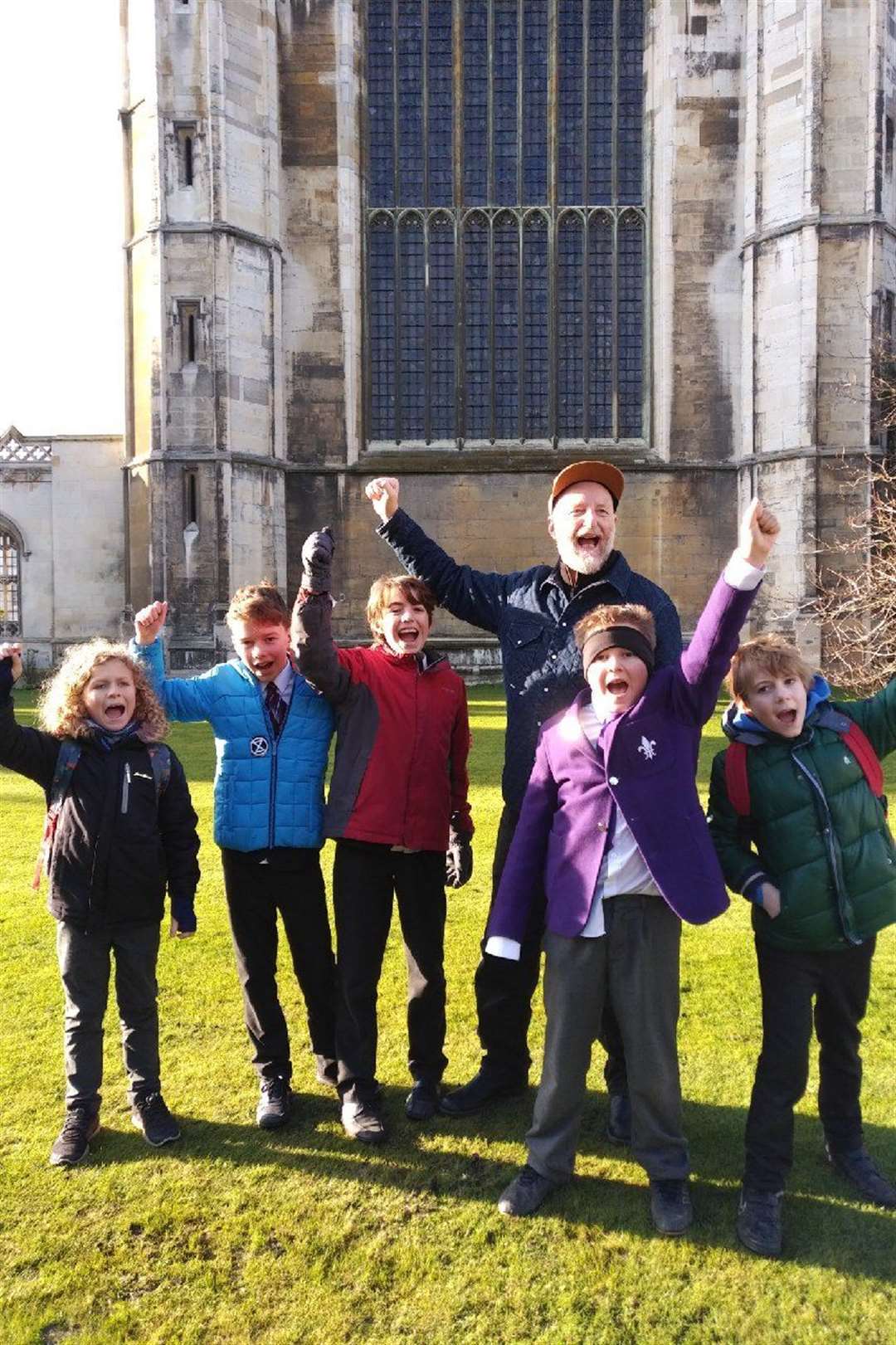