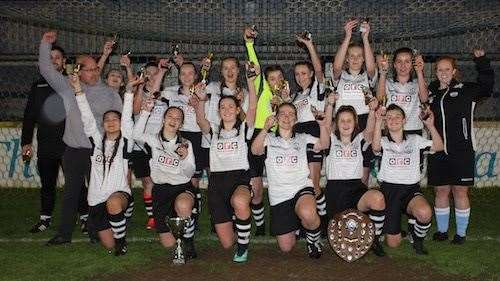 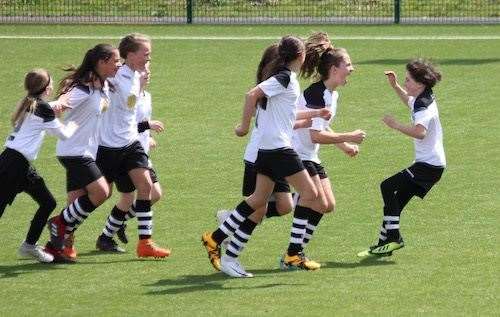 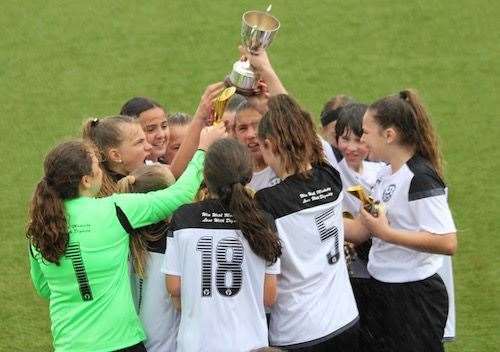 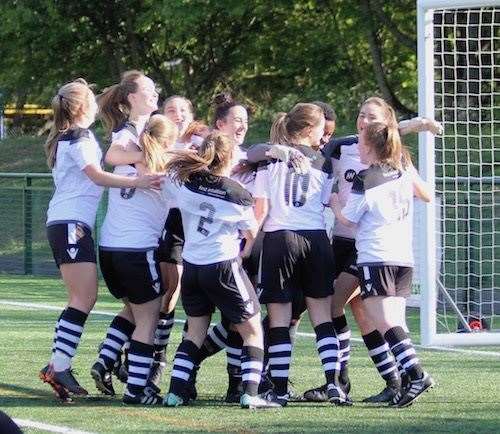 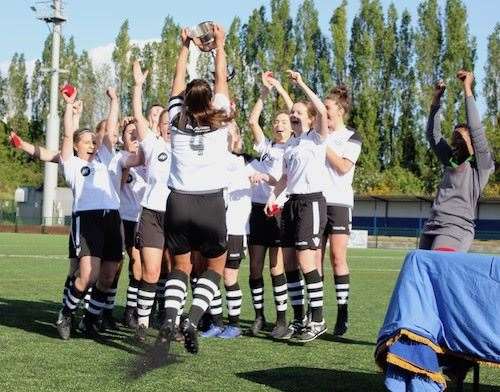 Cambridge City Ladies and Girls have had a remarkable weekend as their teams produced four cup final victories.

It all started with the under-16s on Friday night, as they faced Glinton & Northborough at St Neots Town FC.

Issy Bryant bagged a brace and Aime Fullwood, Ceri Flye and Freya Goddard got one apiece as City asserted their authority on the game to produce a 5-1 win to complete a league and cup double.

Newmarket Town FC was the venue on Saturday for finals featuring City’s under-11s and under-12s.

First up were the under-12s and they were facing Coton, who took the lead.

The Lilywhites responded and they went on to clinch a 4-1 victory to lift the cup – and seal the double – as Yas Jackson fired a hat-trick and Crista Ganado scored one.

The under-11s, fresh from their success in the National Futsal Cup, secured victory over ICA Sports of Peterborough, with the fluidity of their passing standing out.

The fourth and final team to deliver the goods were the ladies on Sunday, as they took on Bedford Town in the Eastern Region Women’s Football League Cup final, looking to complete a double.

It was not the best of starts for the Lilywhites as they were 2-0 adrift inside five minutes.

City pulled a goal back when Megan Tonks turned in Amy Reed’s free kick from close range after 30 minutes.

After half time, former Bedford player Hannah Bodily equalised with a looping shot from outside the area.

The deadlock could not be broken for the rest of the game, including extra time, and so it went to penalties.

In the S-Tech Women’s Premiership, City’s development team won 8-0 against Riverside thanks to braces from Bella Simmons and Becky Langthorne and one apiece from Yas Crow, Lucy Hurst, Anna Kanz and Emily Reed.