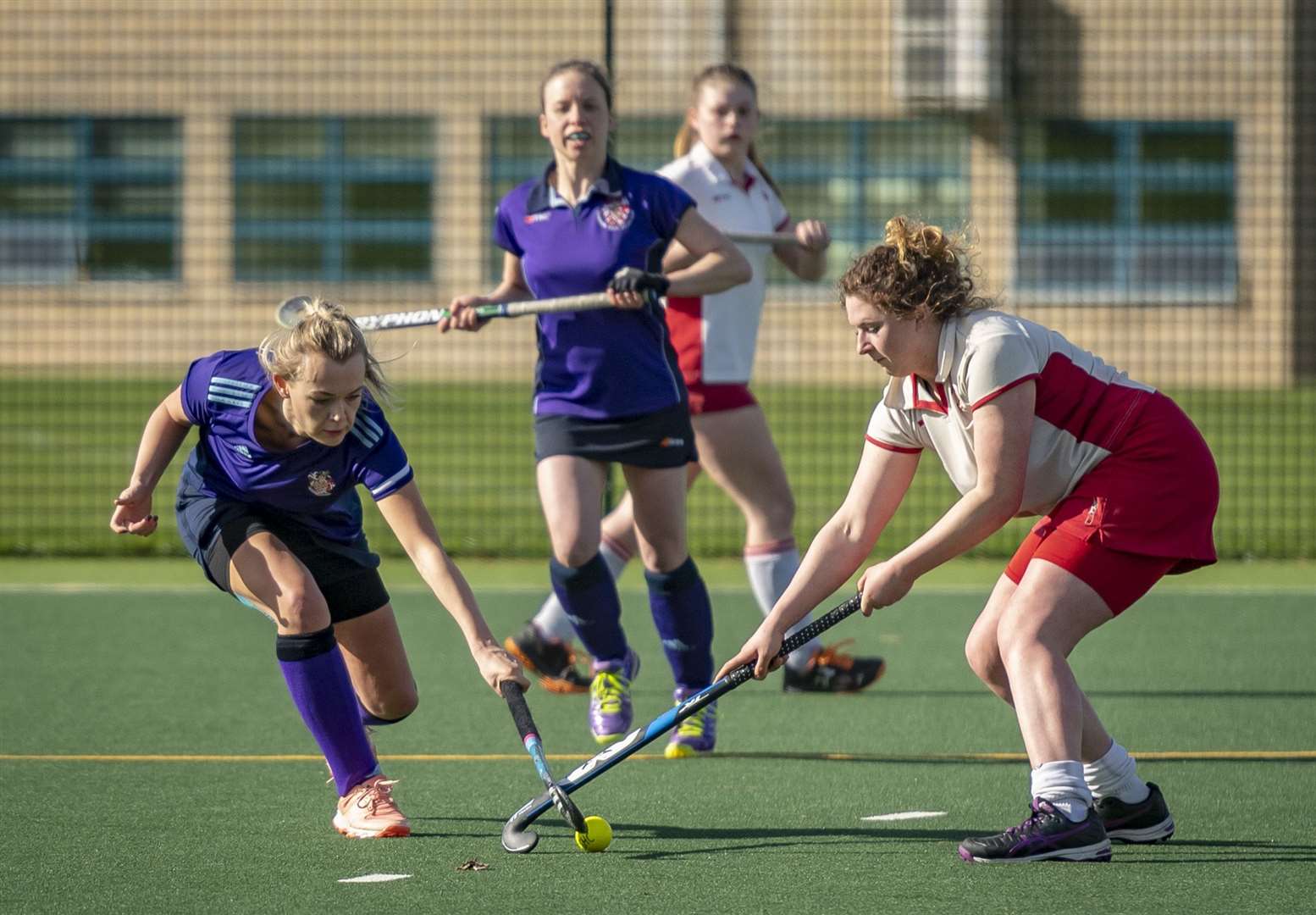 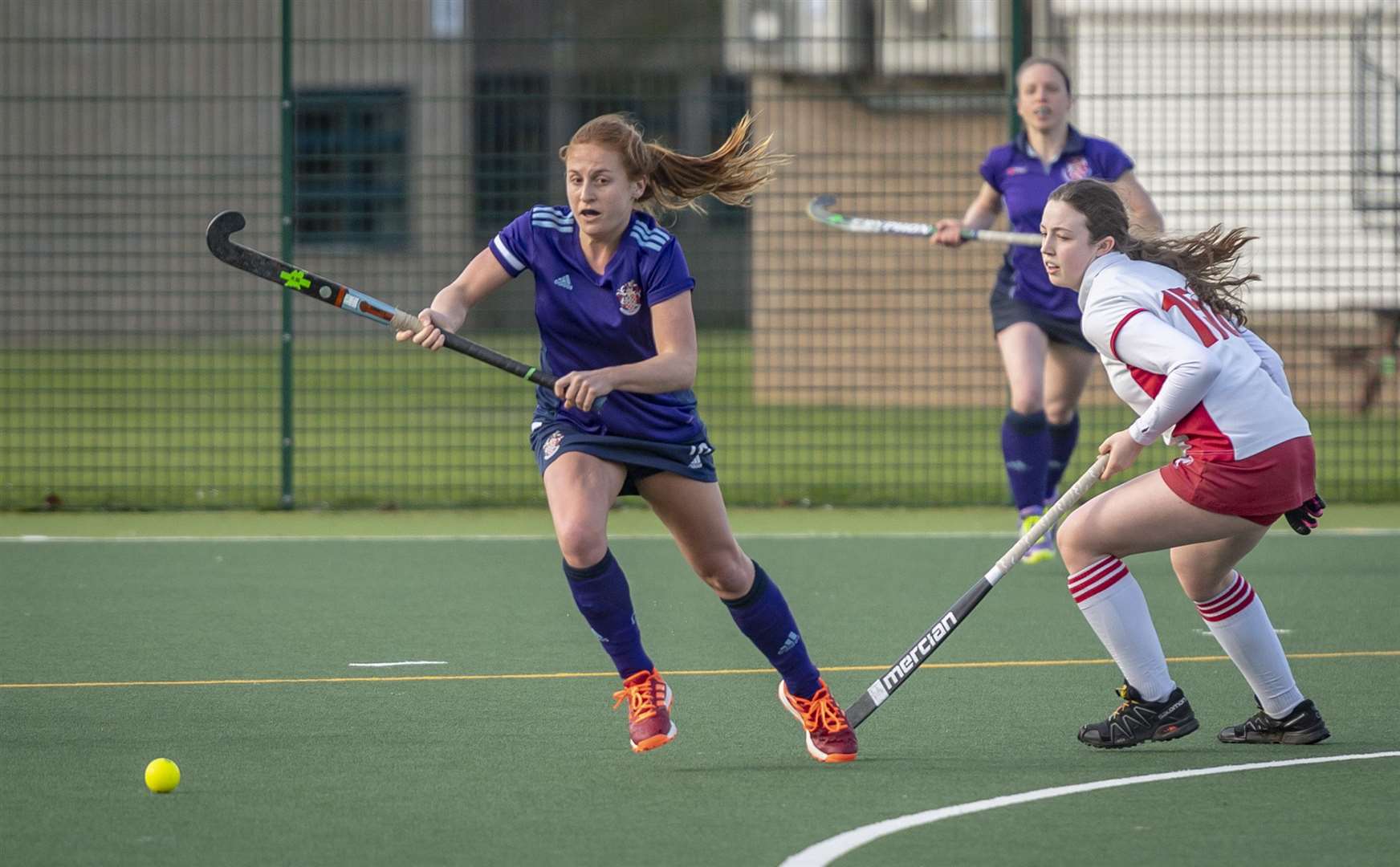 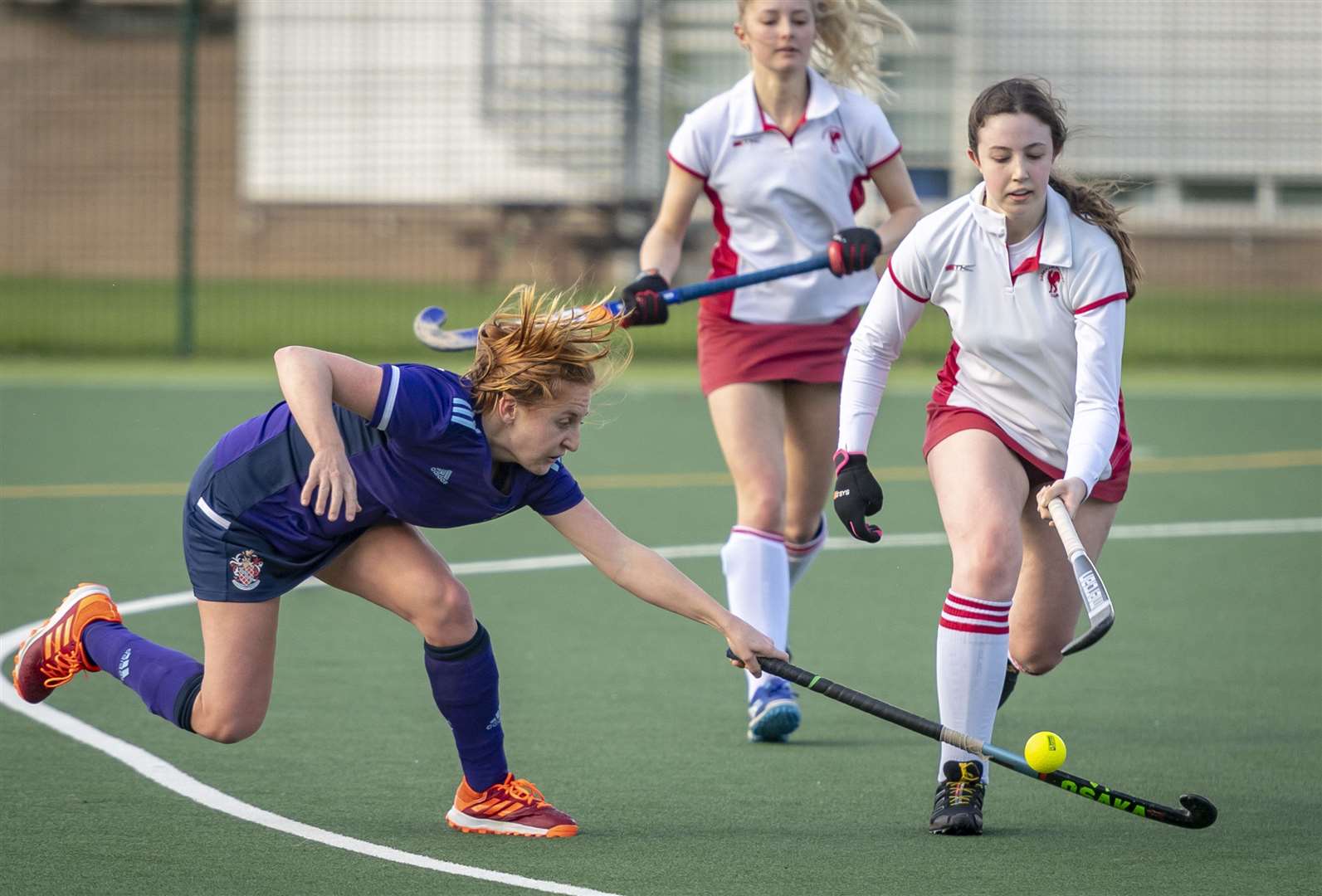 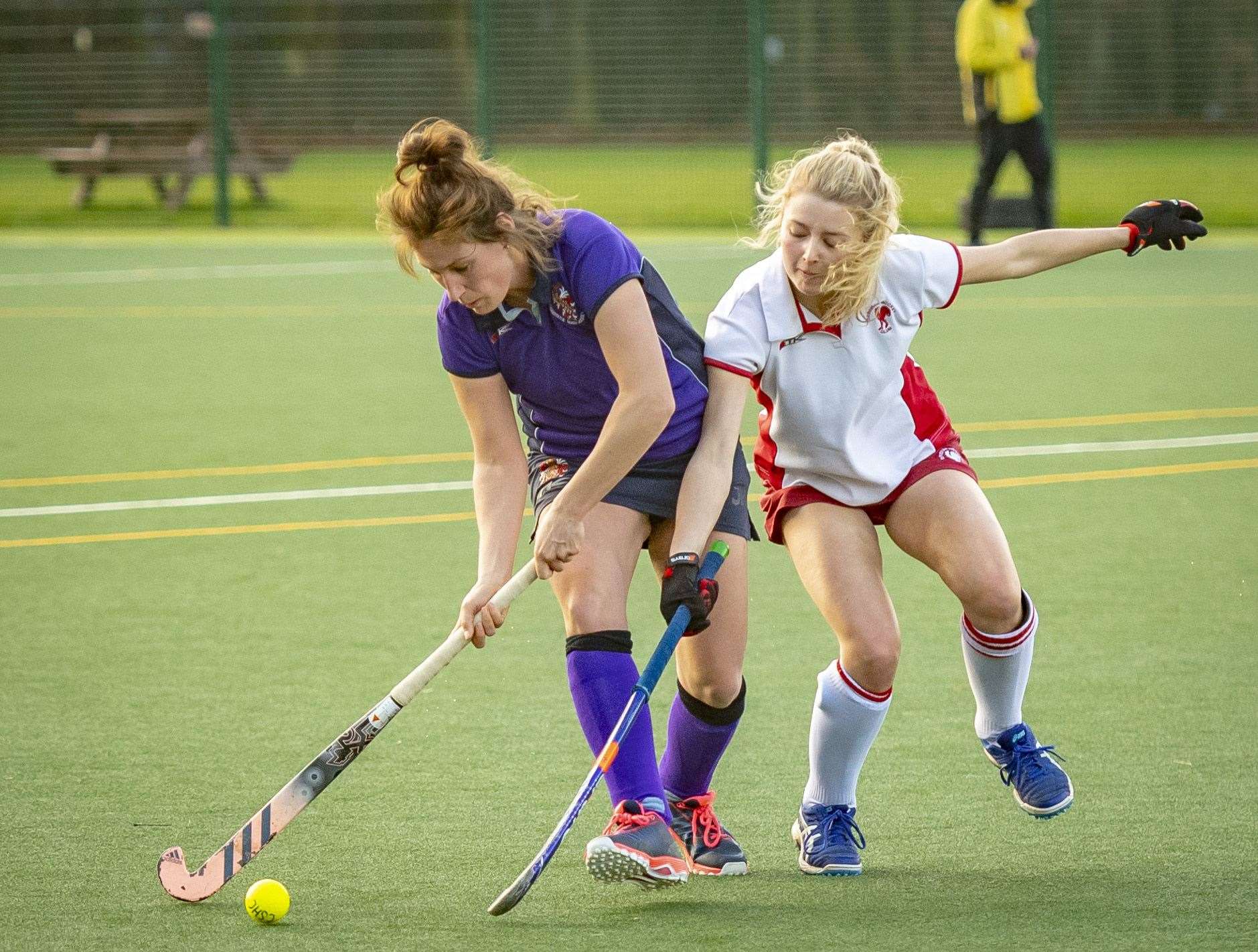 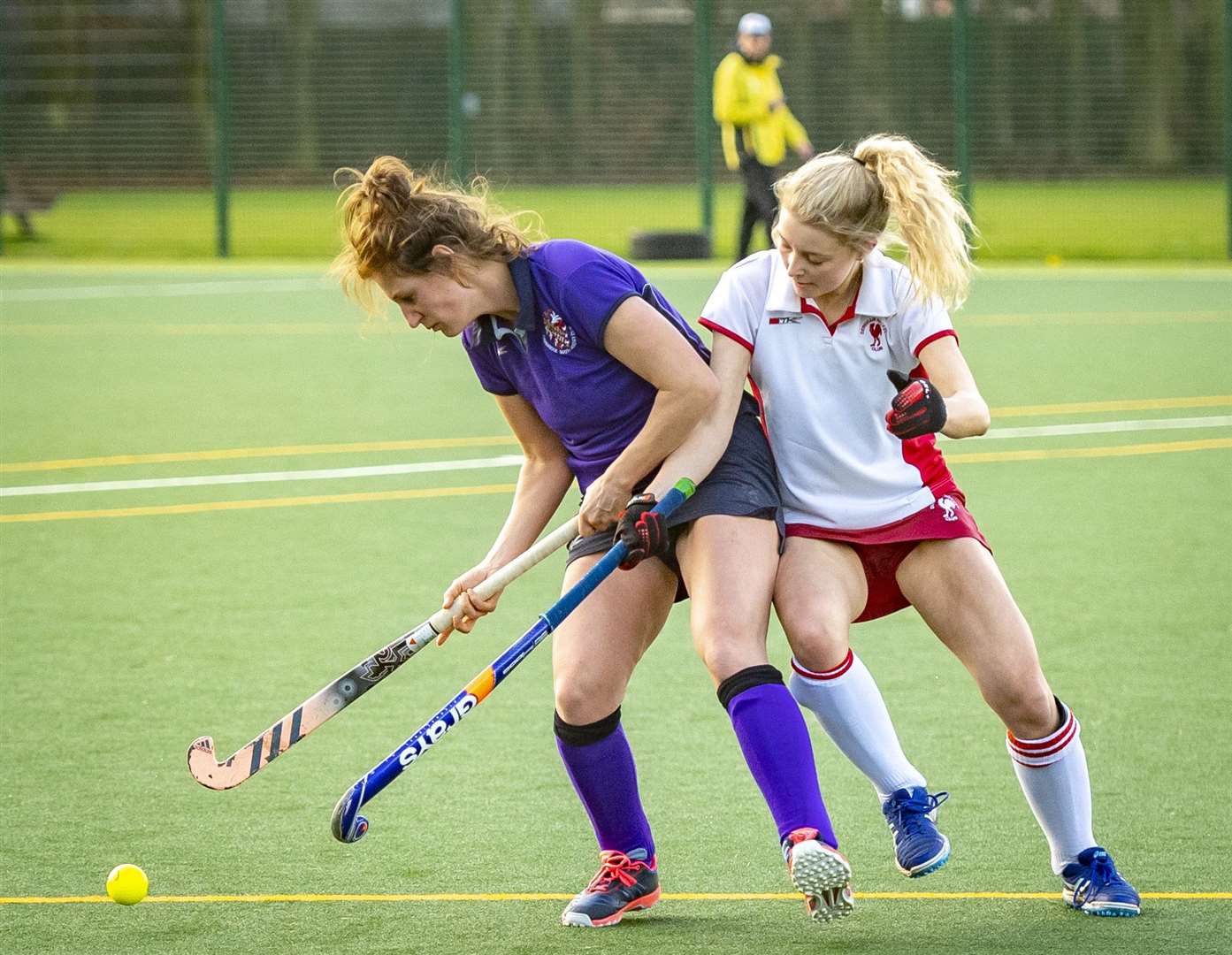 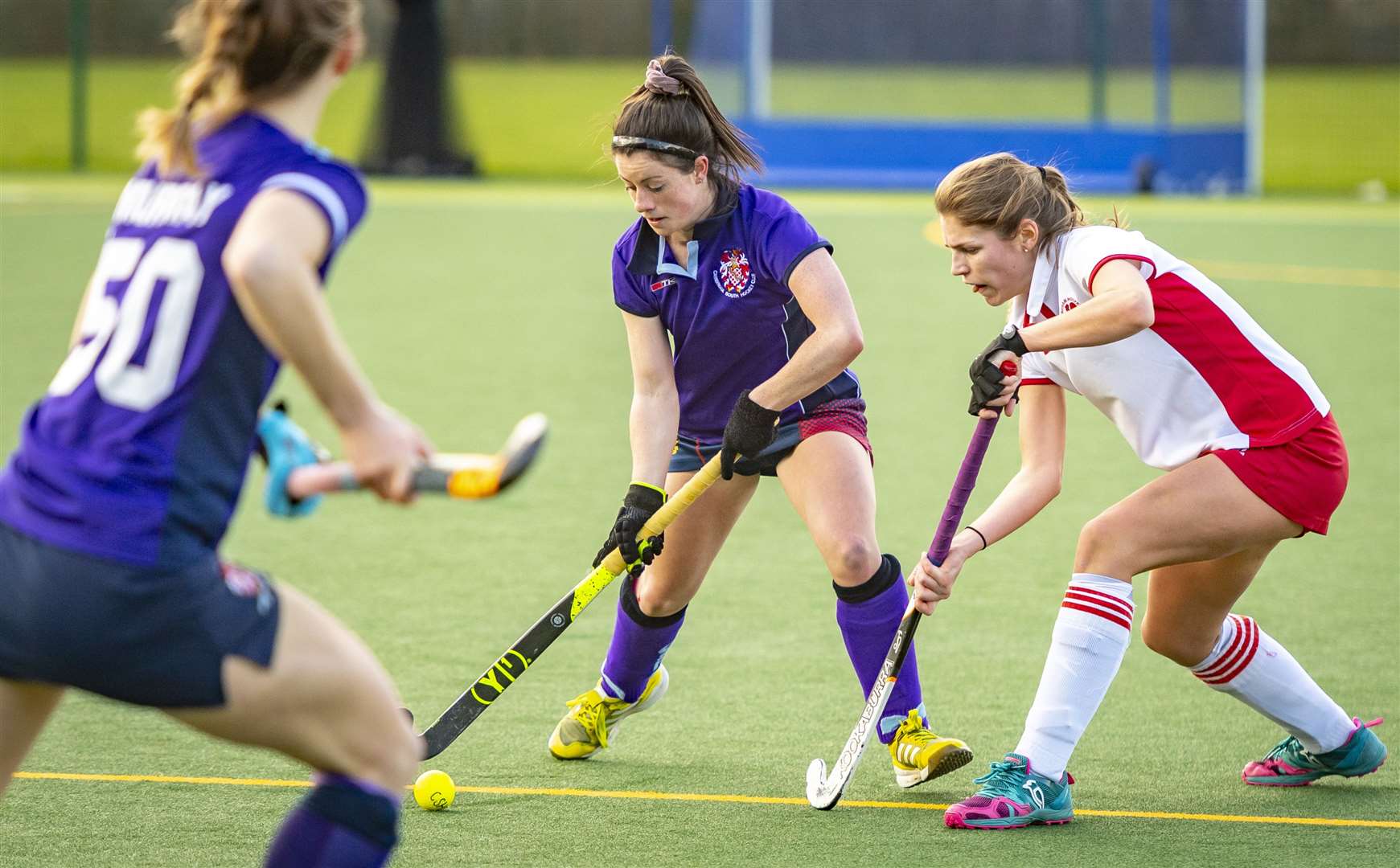 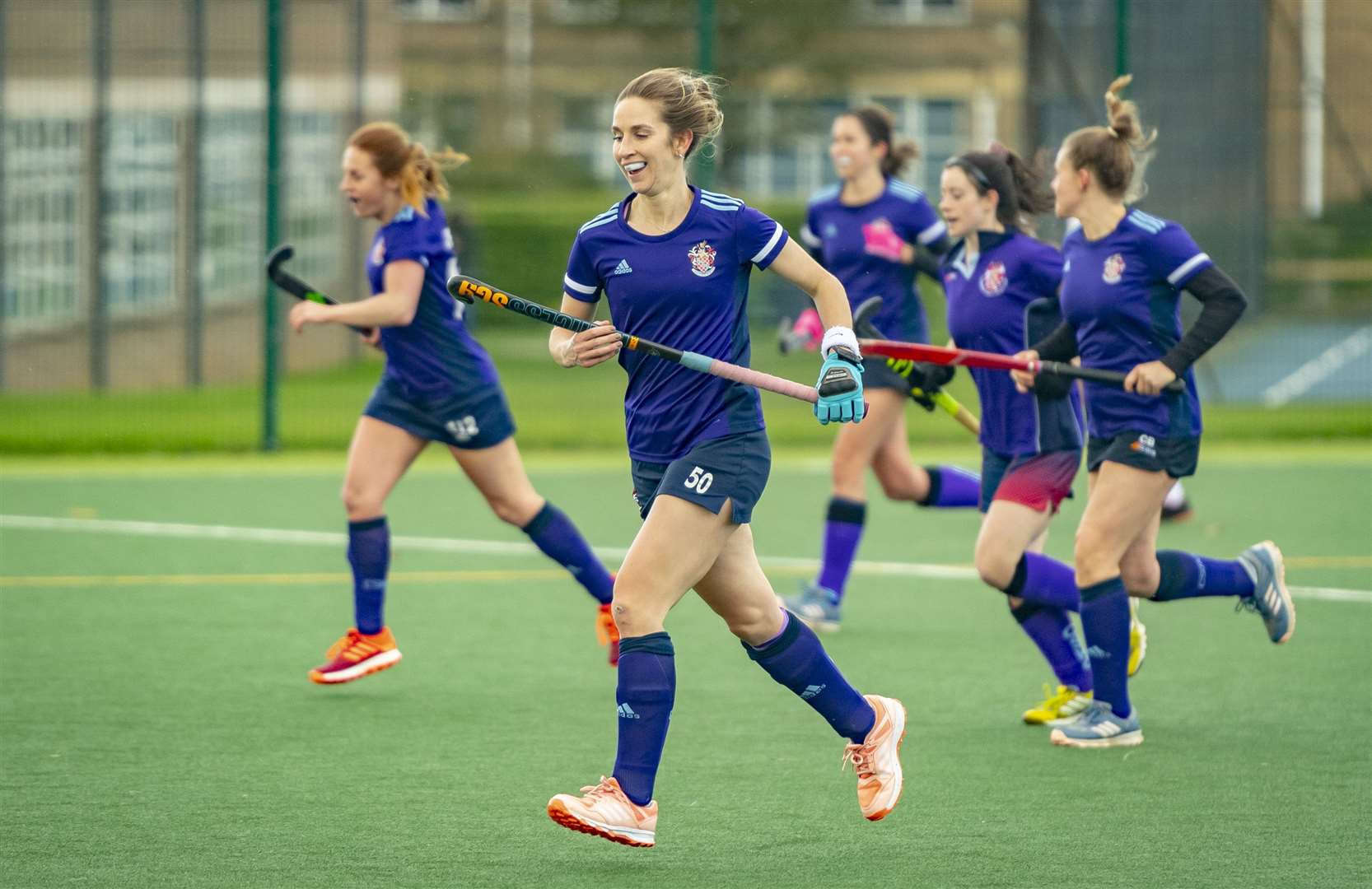 Robyn McLean has expressed her pride in Cambridge South as they were crowned champions of East Women’s League, Division 2NW.

It has been a barnstorming season as South have beaten all before them.

Having already secured promotion, they went into their clash at home to Dereham II last Saturday knowing that victory would seal the title.

It was duly delivered as Harriet Walker scored twice and Abi Jewkes got one in a 3-0 win.

“We were building up to this point where we knew this weekend was the one where we could be champions,” said skipper McLean.

“We knew we had to win and then that was our season objective complete.

“The whole team is so happy. We’ve had such a good season.

“We’re currently unbeaten and have only had one draw. To get promotion and be champions with three games to go is such a nice feeling.”

South earned promotion at a canter, being 21 points clear of third-placed Dereham II, and despite being pursued by Bury St Edmunds II, their 72 goals for and seven against has stood them in good stead.

“We definitely went into the season saying ‘we’re going to get promoted this year’,” said McLean.

“We were fourth and third the previous two years so we always had it high up the wishlist that this year was going to be the year we were going to get promoted.

“It has all come together and we started to properly make good connections, passing properly to each other and scoring.

“We specifically worked on trying to build play and to play as a unit, and definitely trying to score better goals, and more of them.”

The only blot on their copybook has been a 0-0 draw with Long Sutton in January, otherwise they have won 18 out of 19 games.

McLean admits that they did wonder whether they could keep the run going and, with three games remaining, are now hoping to go the campaign unbeaten.

“You don’t doubt yourself but you know there is always a day when not everyone turns up or you’re not playing your best, but we just kept winning,” she said.

“We kept playing better throughout the season. We played Saffron Walden two weekends ago and it was some lovely hockey and you think ‘we can’t possibly play better than that’ and the next week comes and it’s more great connections we’re making.”

She added: “It’s exciting for me because I’ve been at South for four seasons and we’ve never been into Division One on the ladies’ side so this is the highest the club has ever been in the East League, so it’s exciting. I’m super pleased and super proud.”

Emily Stevenson fired a hat-trick for Cambridge South IV as they earned the East Women’s League, Division 5NW (S) title with a 7-1 win over Huntingdon II.

They went into the match needing a point to be crowned champions, and made the ideal start as Tess Skyrme scored from a narrow angle.

Stevenson got her first with a reverse-stick effort midway through the half to make it 2-0 at the break.

Player-of-the-match Skyrme got her second after the turn, before Huntingdon pulled a goal back.

But Naomi Gibson settled the nerves with South’s fourth, and she went on to get a second as Stevenson completed her treble to seal the win.

Defender-turned-striker Phoebe Morgan gave South the lead with a shot into the bottom-right corner.

Skipper Rhiannon Davies spectacularly deflected in a penalty corner for the second, but Haverhill pulled a goal back.

Anna Withington volleyed home to restore the two-goal cushion, and Dani Kilsby-Steele got the fourth from a penalty corner.

South II suffered their seventh defeat by a single goal this season as they were beaten 2-1 by University College London in 3S.

The first match between the sides had produced a 6-6 draw, but this was a much more cagey affair with a goalless first half.

The deadlock was broken after the break as UCL took the lead.

South skipper Izzy MacDonald-Parry responded by dribbling and jinking her way past three players to equalise.

However, the UCL captain had the final say, hitting what turned out to be the winning goal despite South’s efforts to get back into the game.

Cambridge Nomads were unable to build on their half-time lead as they suffered a 4-1 defeat to promoted Bury St Edmunds II in Division 2NW.

A strong start led to a short corner within the first few minutes, and they continued to press to eventually take the lead through player-of-the-match Abi Halliday.

They maintained their advantage into the break, but Bury hit back after half time as Nomads tired and went on to get four unanswered goals.

Skipper Polly Lockyer finished from a penalty corner, but the Saints again hit straight back.

St Neots got their winning goal after the break, as Eno and keeper Ana Sear shared player-of-the-match honours.