Ian Darler has been awarded a British Empire Medal in the Queen’s Birthday Honours list 2020.

The honour was given for his services to Cambridge United Football Club and his charity work, with the Cambridge Charity Fundraisers.

“I’m blown away. I feel really honoured, especially even more so in the current circumstances,” said Ian.

“Having so many friends who work within the NHS and understand what they’re going through at the present time, I think they are the sort of people you feel should be getting these awards.

“I think it has made it even more valuable to me to receive something like this during the current situation - I’m staggered.”

Ian has been groundsman at Cambridge United’s Abbey Stadium for 42 years, and it is more than just a job as he has dug deep into his own pockets to help maintain the pitch and facilities at the ground when the club has hit hard times.

He was the youngest head groundsman in the Football League when first appointed to the role, and has gone on to also become the stadium manager and matchday safety officer - it is fair to say that he is part of the Abbey Stadium furniture.

Ian went through a difficult period in his life a couple of years back, but has used his experiences of mental health to now help others who may be in a similar situation.

He has catalogued all of this in the book about his time at Cambridge United, entitled Life’s A Pitch.

Ian’s charity work is less in the public spotlight than his role at United, but is arguably even more valuable, having launched the Cambridge Charity Fundraisers.

At his testimonial game against Ipswich to mark 25 years at the U’s, he made a pledge to do something for the community – donating a chunk of the money to East Anglia’s Children’s Hospice.

When a request came in two years later from Each for a further donation, Darler put the idea to a group of friends, who would go fishing once a month on a Wednesday, to start Cambridge Charity Fundraisers, in 2007.

The group of anglers run fishing matches throughout the year, raising funds on behalf of a chosen charity. 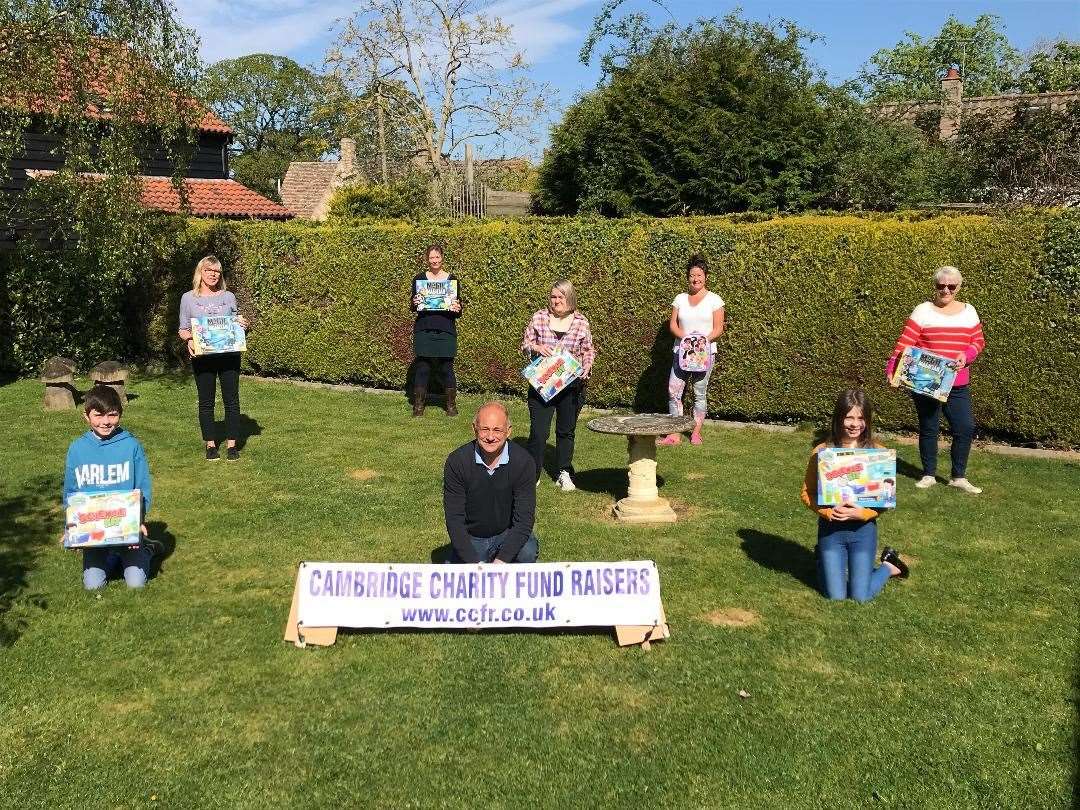 An example of some of the work of Cambridge Charity Fundraisers was helping 11 families in the Abbey ward by donating all the meat, vegetables, gravy, Christmas puddings and crackers for their Christmas dinners last year.

During the pandemic, they donated 70 children’s activity gift sets to the Rampton Fairies, a small committee of women in the village of Rampton who usually raise money for Christmas lights and raise money throughout the year to grant wishes for residents, to distribute to youngsters in the village.

He has been known to mow a poppy in the pitch design for Remembrance Sunday, a Christmas tree with baubles, then the Mind logo to show the club’s support for mental health by the side of the playing surface and, during lockdown, a thank you message to the NHS.

He has also won numerous awards at local and national level.

Ian admits that when he first received the call about the honour, he thought it was a joke.

“Going back over the years with people like Chris Turner, Malcolm Webster and all the wind-up merchants in the football world, and the people I go fishing with, you just don’t take anything on face value when you’ve been stitched up as many times as I have.”

He added: “I’ve been fortunate enough to have a great time in the football world. For somebody who wanted to be a footballer but failed, to end up having the journey I have had is amazing.

“I’m totally gobsmacked that something like this has come my way. I just really hope it might be beneficial moving forward for what I try to do within the community - with the Cambridge Charity Fundraisers we try to make life better for other people."