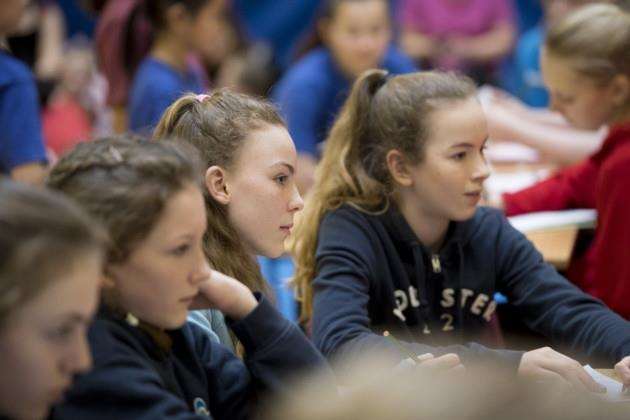 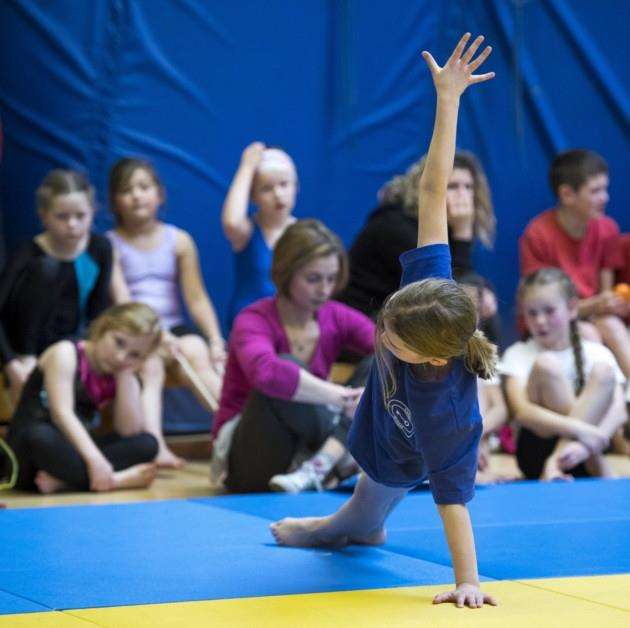 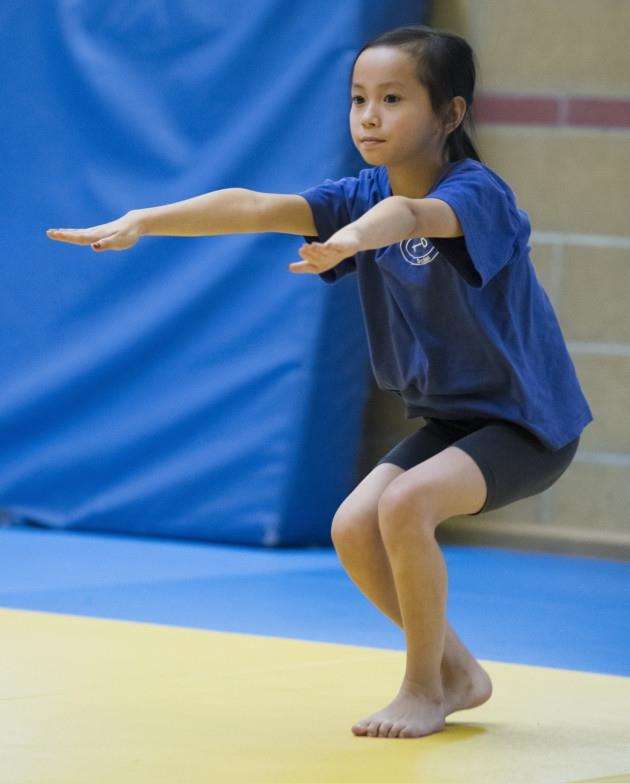 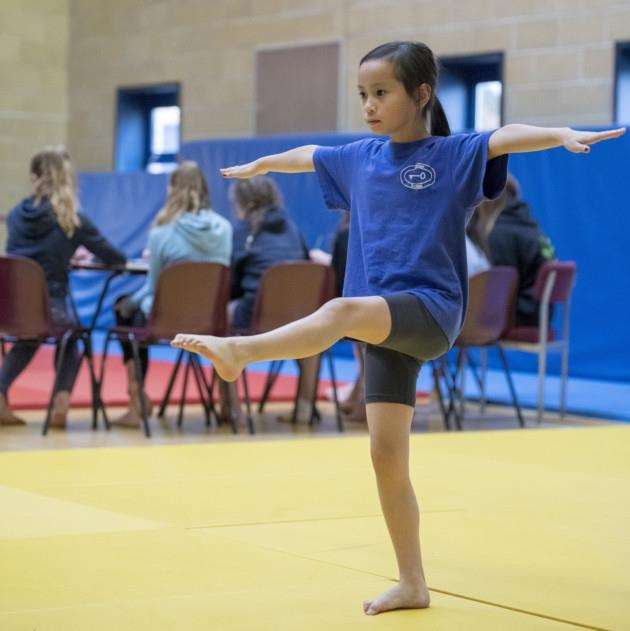 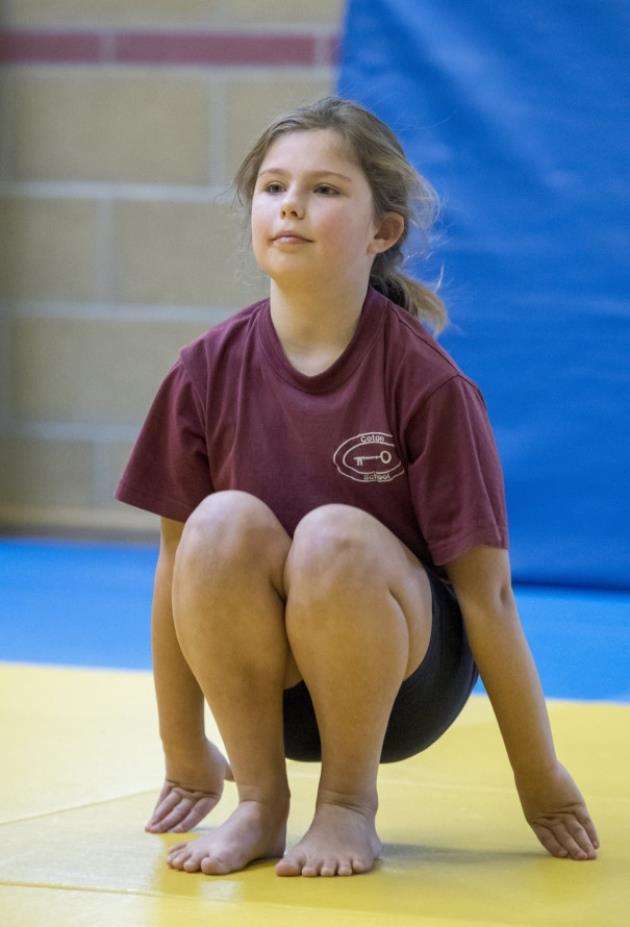 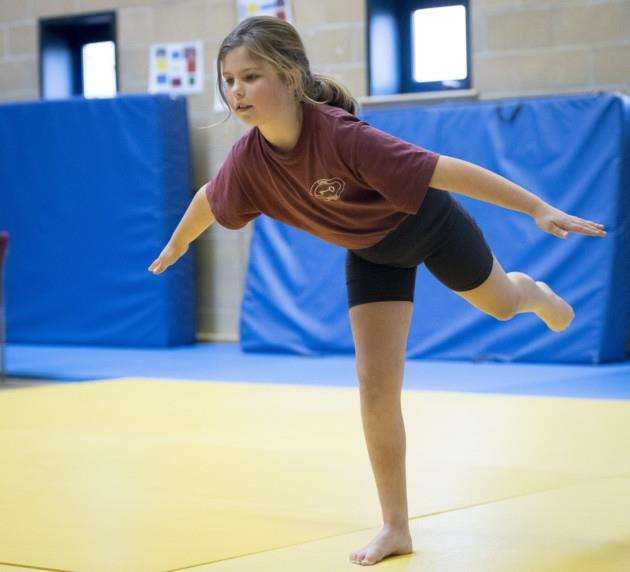 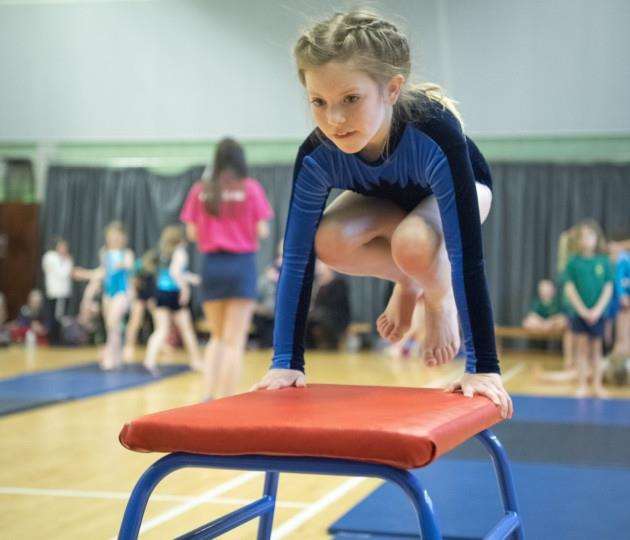 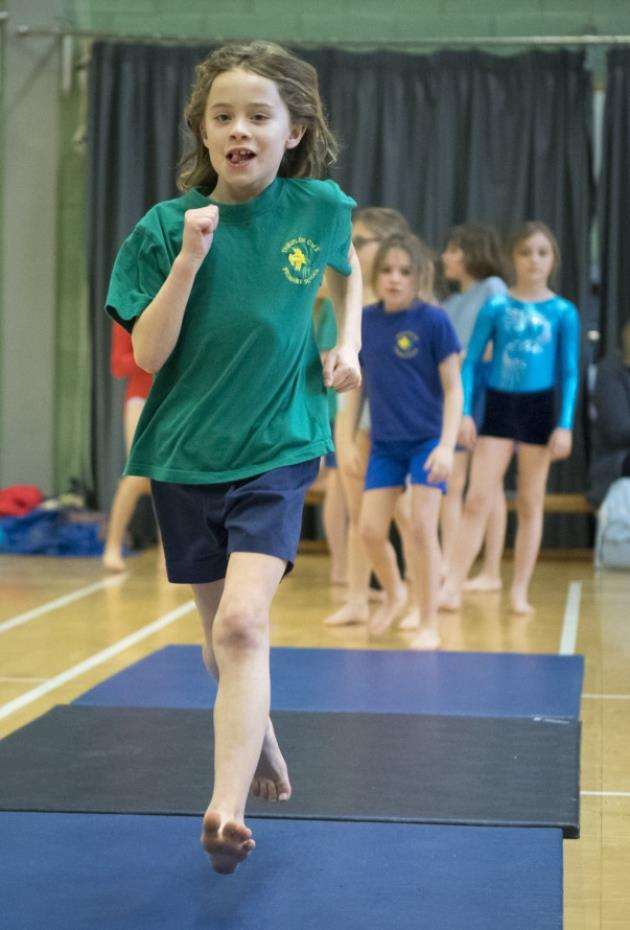 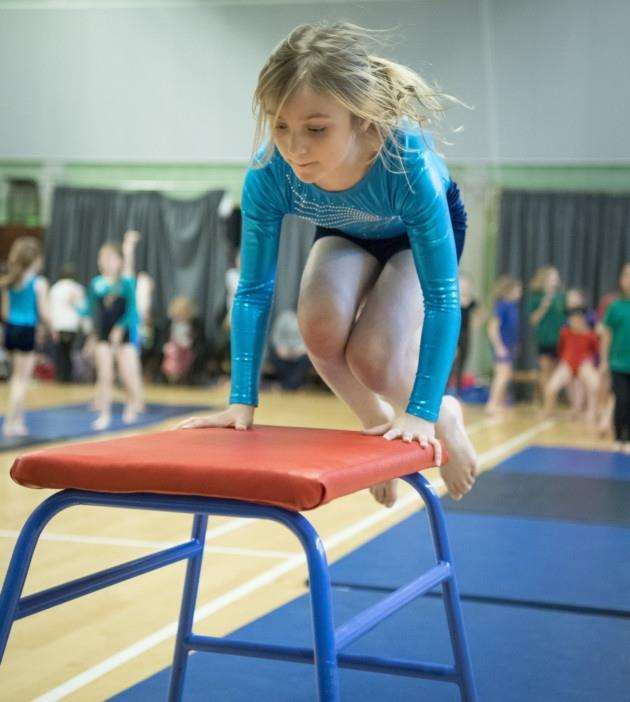 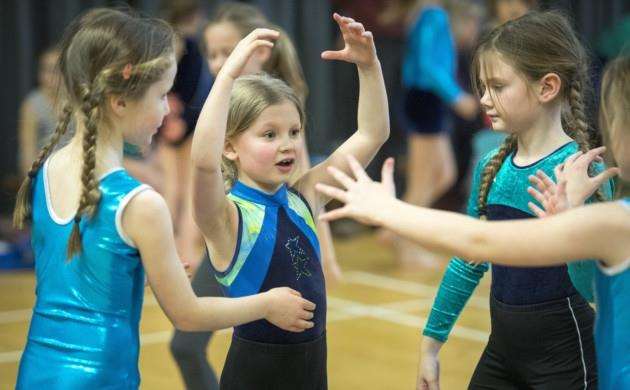 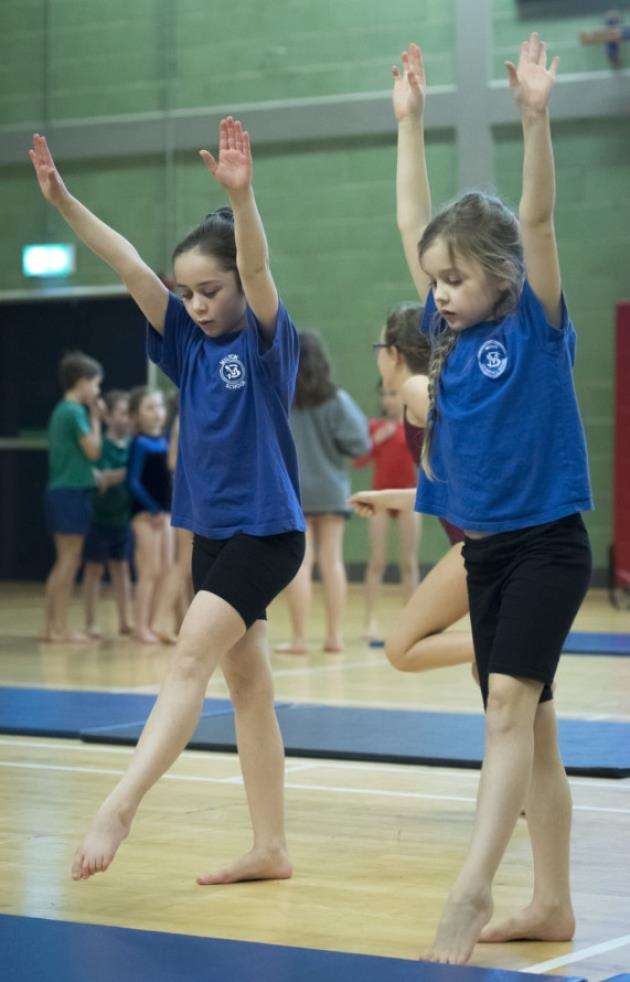 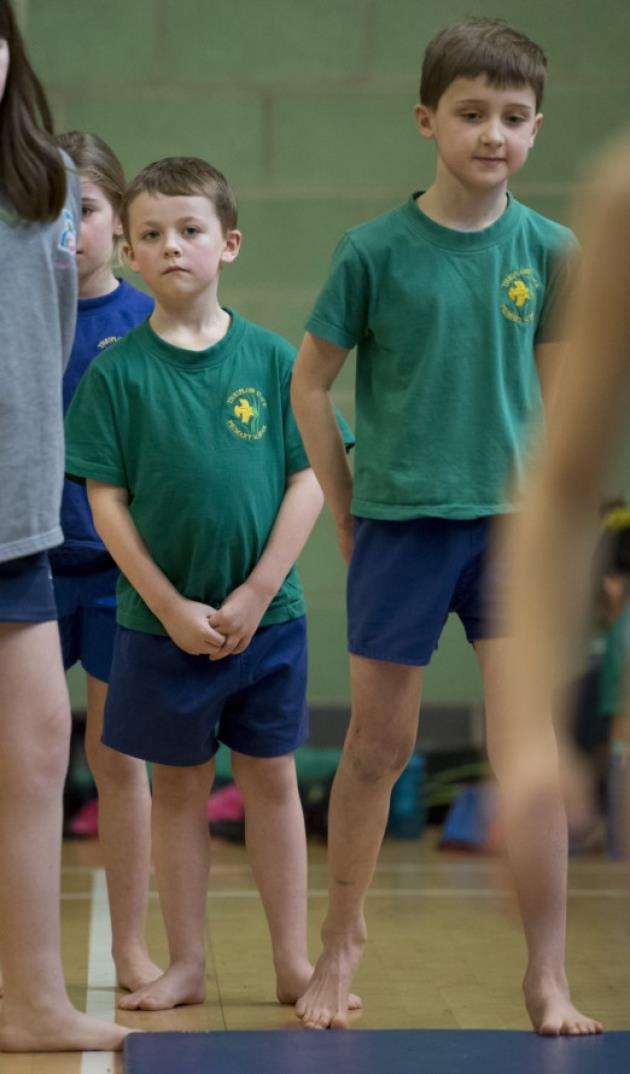 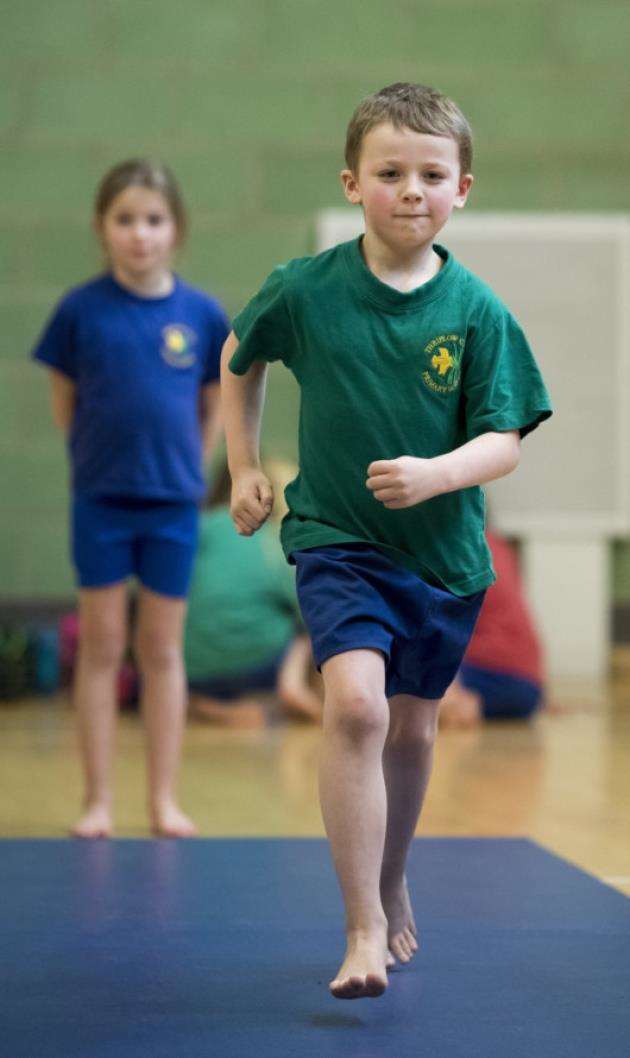 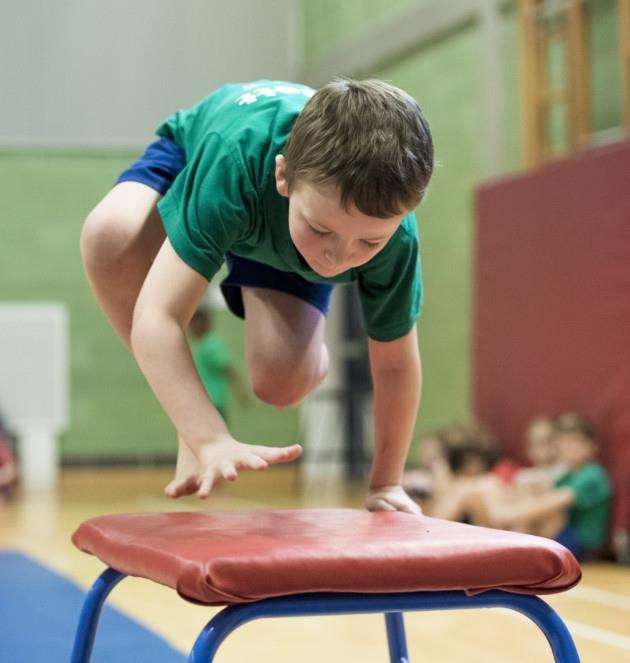 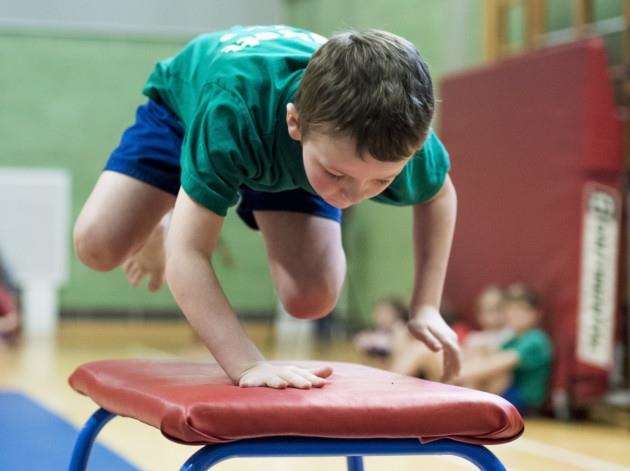 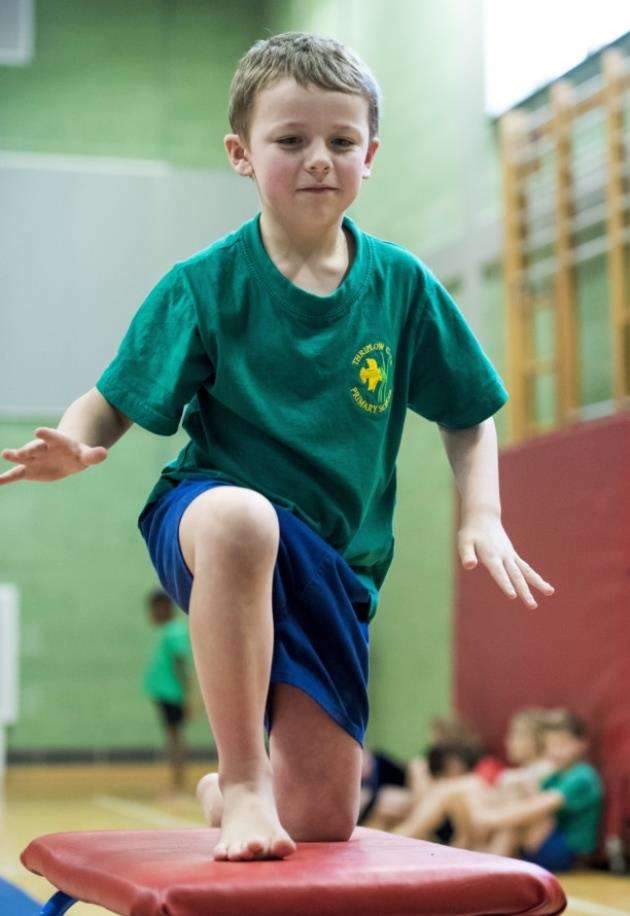 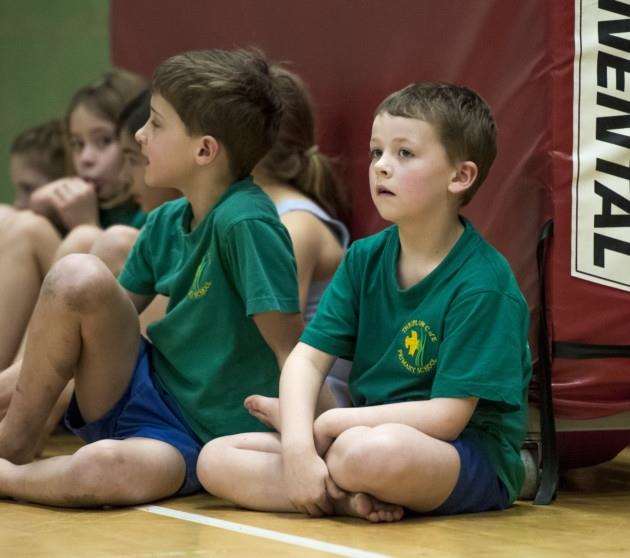 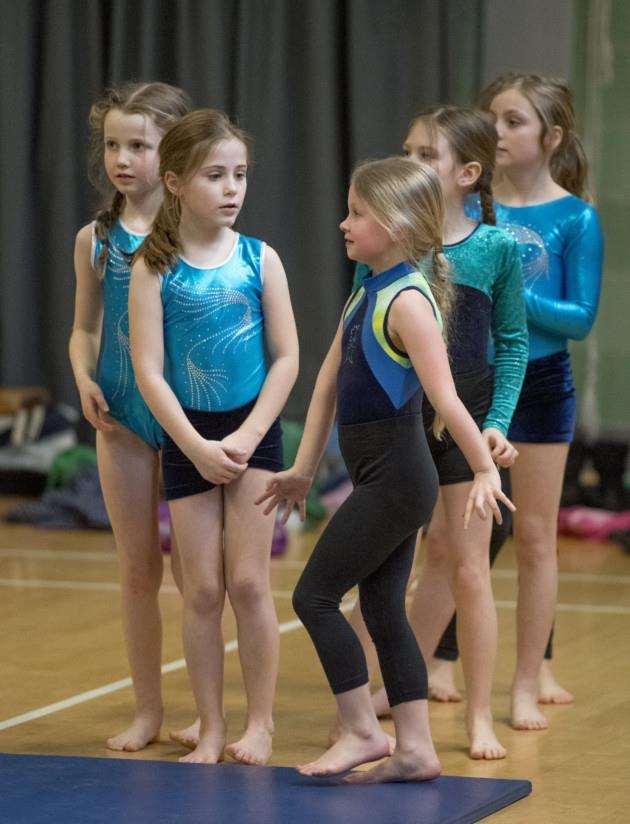 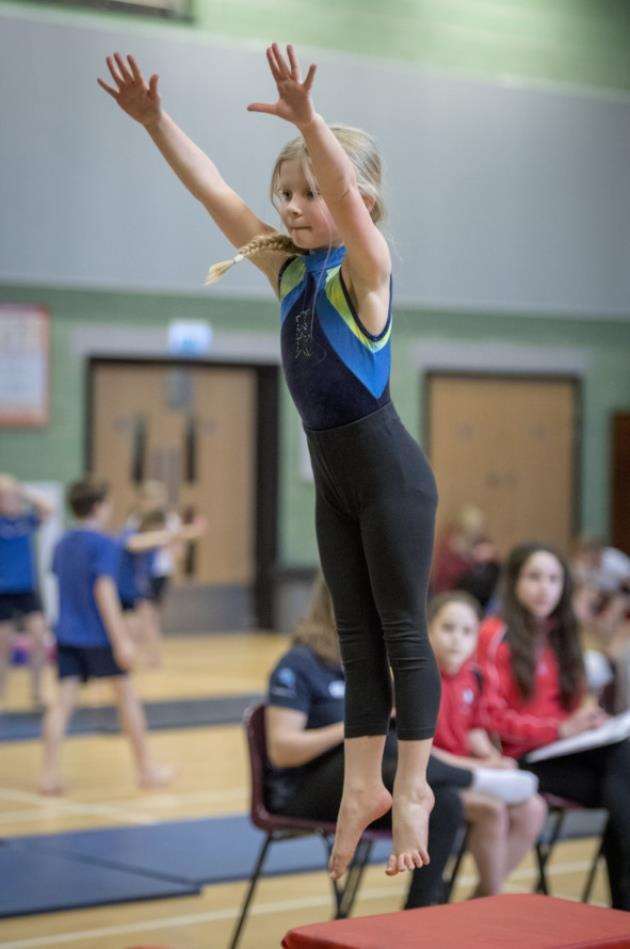 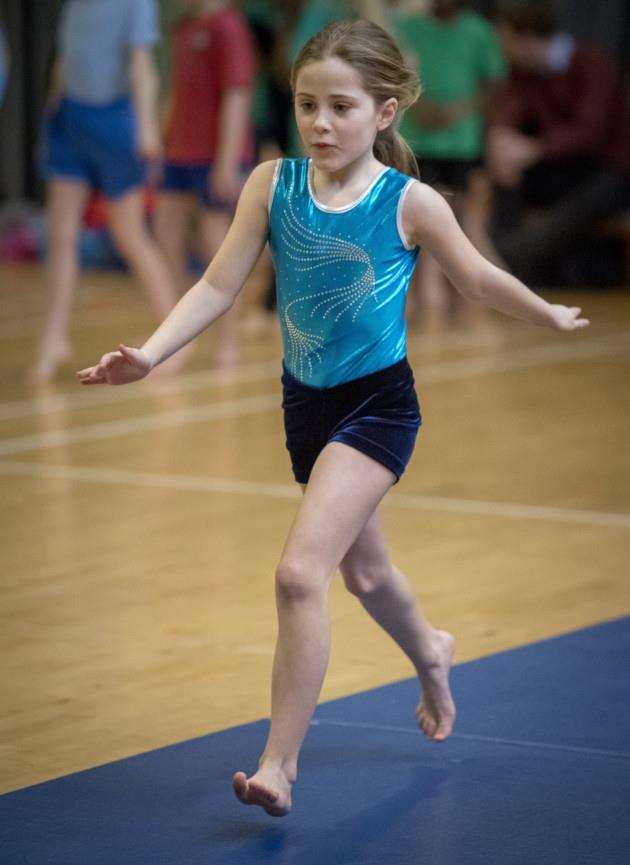 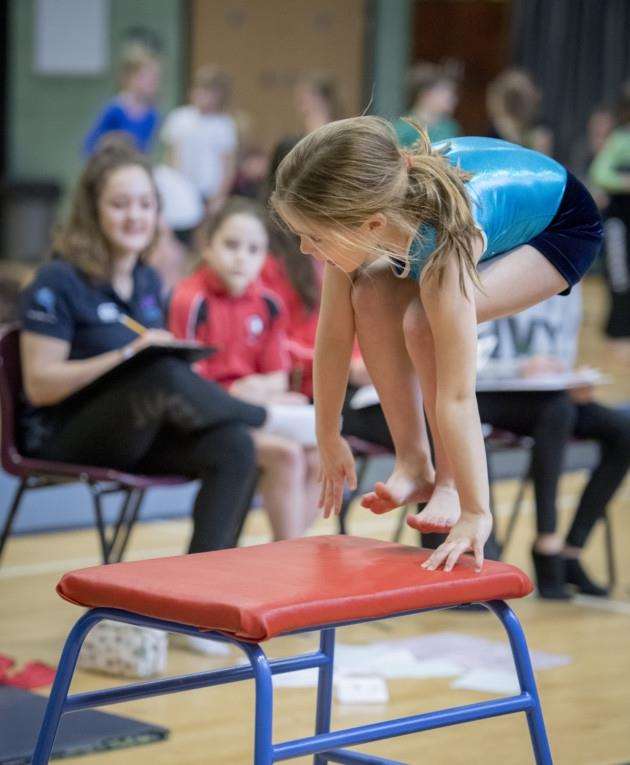 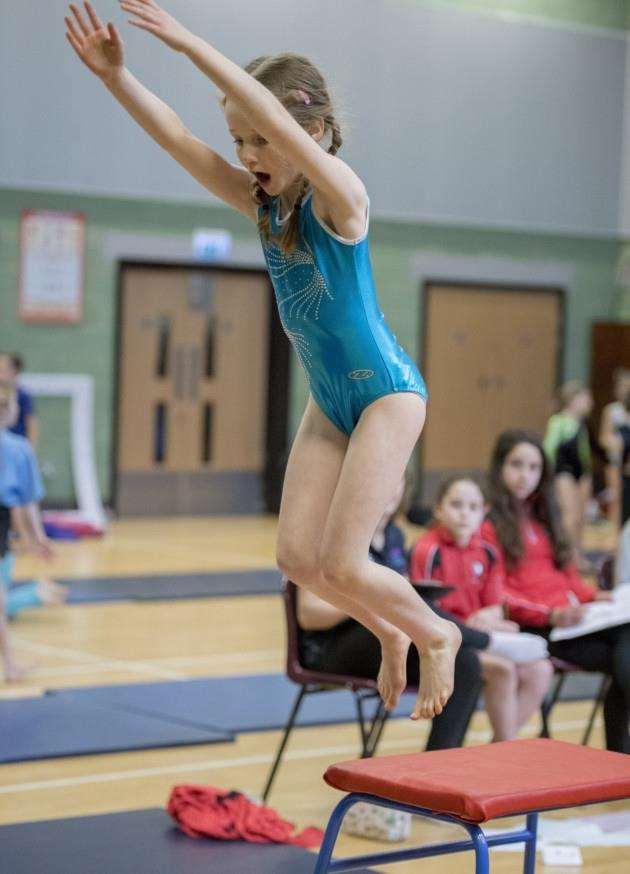 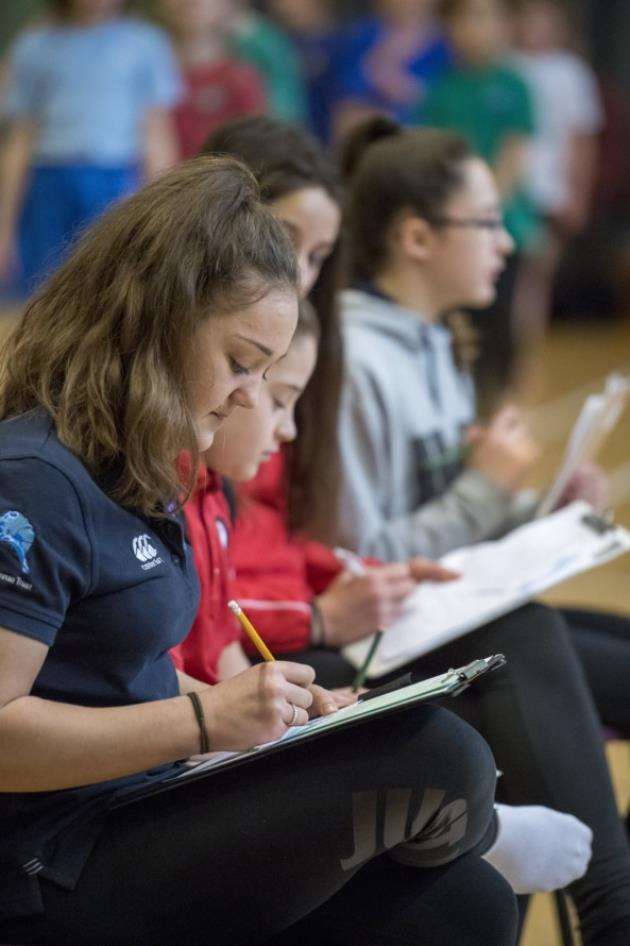 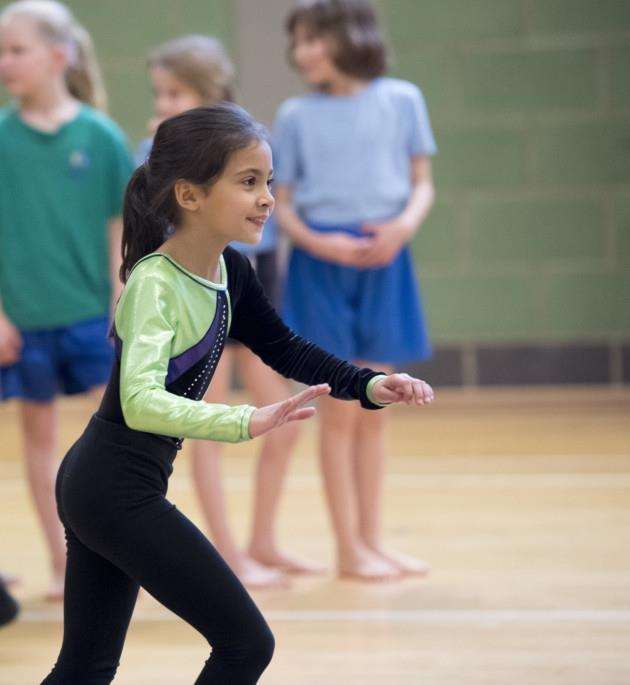 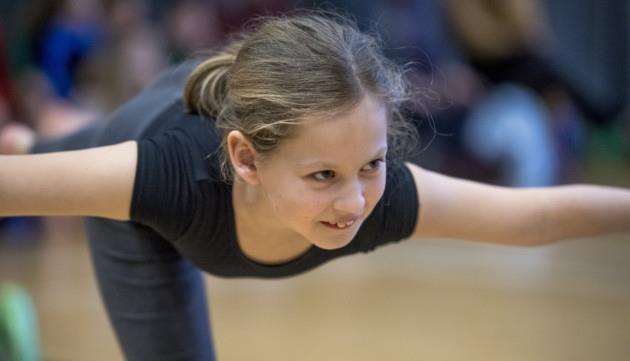 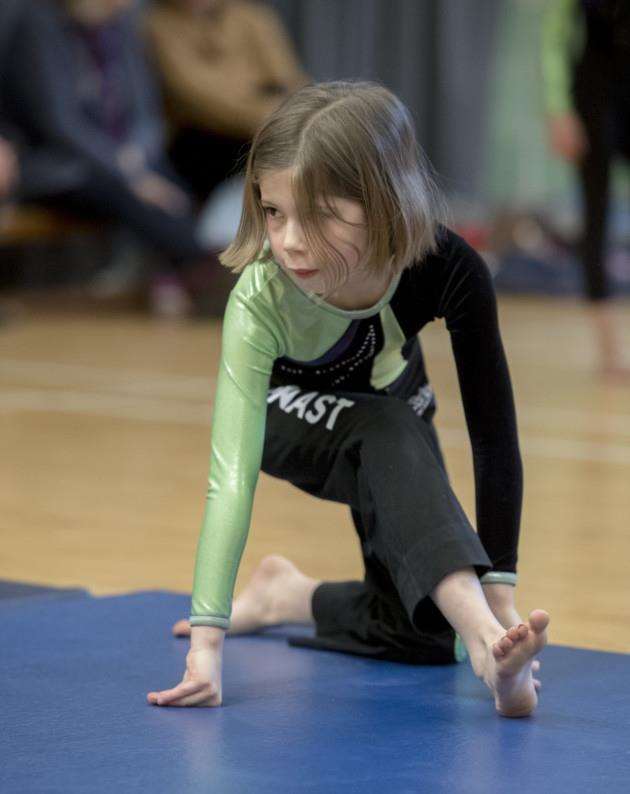 Silence is supposed to be golden and the youngsters competing at the South Cambs School Sports Partnership’s Key Steps Gymnastics Competition were determined to prove that at Comberton Village College.

As you walked through the sports centre to get to the competition venue, the signs said ‘silence, exams in progress’ and upon entering the main hall, you would have been forgiven for thinking this was one such studious venue.

But it was in fact full of 42 Year 3 and 4 primary schoolchildren with a steely focus and respect for their team-mates and opposition in the floor or body management routine.

In stark contrast to the often-perceived occurrence, it was the youngsters that cast a disapproving eye over to any adults daring to whisper and therefore breaking the levels of concentration expected of top-class sports stars, or at least future ones.

They were intent on impressing the young judges, casting an expert eye over the routines, who were from Melbourn, Cambourne, Swavesey, Comberton, Swavesey and Cottenham Village Colleges and the County Young Coach Academy.

Next door, there was a little bit more noise but no less focus as a further seven schools took part in the vaulting challenge – with the young sports leaders again overseeing all activities.

With each gymnast getting a score out of 10 on the two disciplines, only five points separated the top 10 teams, with Castle Camps winning ahead of Meridian.

Great Abington won the Spirit of the Games award for their determination and passion, and a youngster from Thriplow was also recognised for overcoming his nerves and his show of determination in the body management routine.

Claire McDonnell, the South Cambs School Games organiser, said: “The event gets better each year as the schools now know what to expect from the competition.

“I think as teachers have seen the standard of gymnastics now they know what they or their children are striving for. We also have a team of PE specialists who are working out in primary schools supporting classroom teachers to deliver PE so think the quality of teaching is improving all of the time.

“Not only does the standard of gymnastics on display improve but the young judges seem to get better every year as well and it helps that we now have judges that have been involved for two or three years so they know what to expect and they can support and mentor the younger, less experienced judges.”