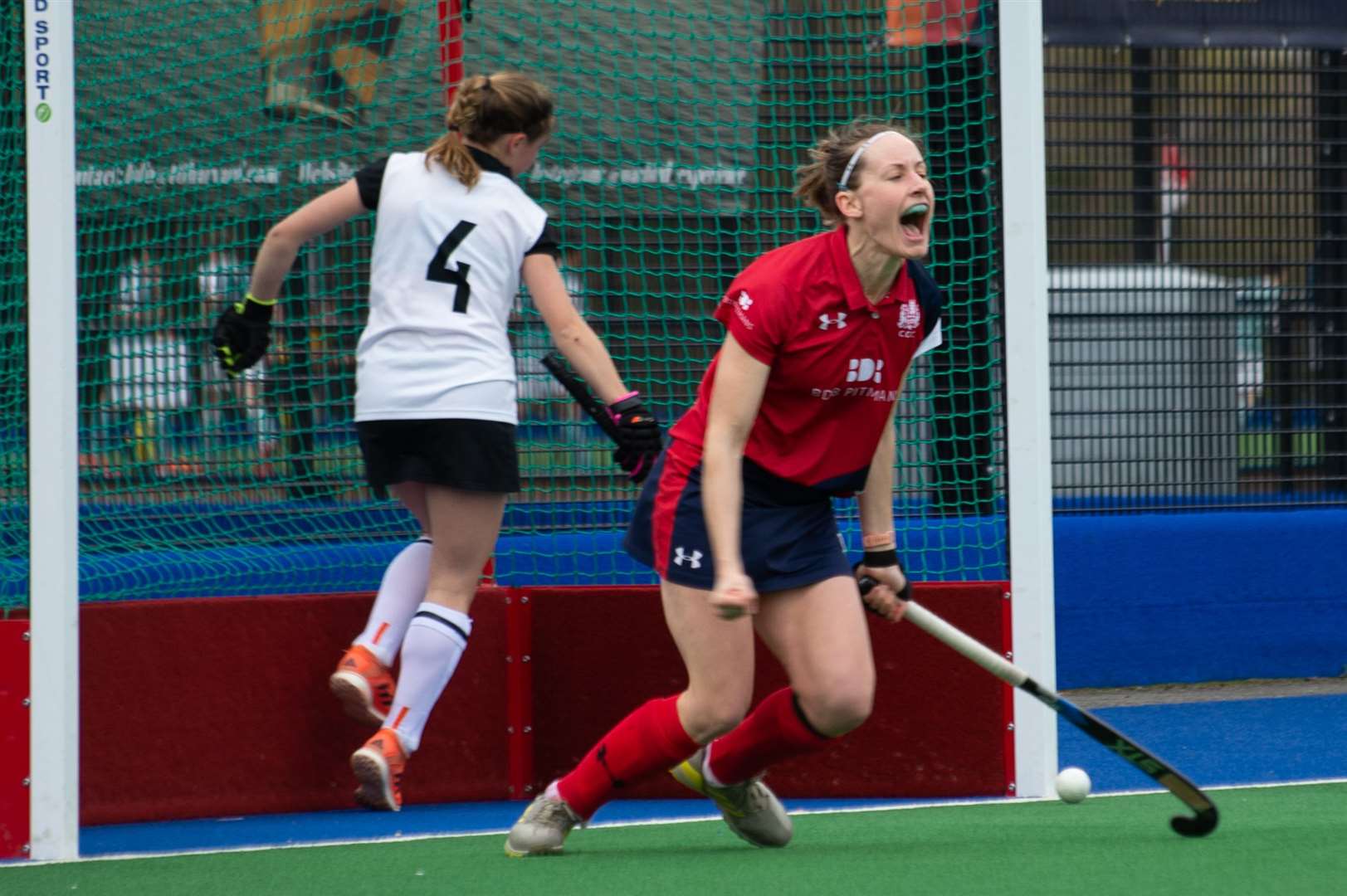 Cambridge City have jumped up to fourth in the Investec Women’s Hockey League, Division One South table with a 2-1 win over Harleston Magpies.

It was the perfect start for the visitors, who scored inside the first minute through a wide angle shot that ricocheted off the post, onto the keeper’s leg guard and into the net.

Magpies went on to dominate the first quarter, but stand-in coach James Albery settled the team and they equalised within five minutes of the restart.

Maddie Axford broke down the right wing and, from a free hit, drove into the circle and the cross was met by Heidi Baber, who deftly lobbed the keeper.

A minute later, Meg Crowson was taken out by the keeper after breaking into the area. She coolly despatched the penalty stroke to give City the lead.

Both defences were kept busy for the remainder of the game, with the highlight for City being an interception from captain Vicki Franks to prevent a three-on-one overload in the goalmouth.

City III’s promotion hopes suffered a blow as they were beaten 3-1 by leaders Sudbury in 1N, which meant they dropped a place to third in the table.

Having already been promoted and crowned champions, they did not take their foot off the pedal.

The visitors took the lead through a penalty-corner routine. City responded almost immediately, with Yeoman wrong-footing the keeper to score in the far corner.

Parker grabbed all three points for City in the closing stages with a straight strike on a penalty corner.

Cambridge Nomads were unable to build on a promising start as they lost 6-1 at Pelicans.

A nicely-worked goal gave after five minutes gave them a half-time lead, but as Nomads tired the Pelicans hit back to score six unanswered goals. Katie Paterson was named player of the match for her sterling work in midfield.

Jessica Richardson and Viola Beneze were on target for City V as they defeated Ely 2-1 in 3NW.

They took the lead early on as the returning Anna Nicholson set up Richardson for a near post deflection.

Ely were back on level terms when Emily Radcliffe’s shot was not cleared and Sarah Sutton needed no second invitation to poke home.

Beneze got City’s goal with a run and finish from the top of the circle, and the experienced spine of the team of England over-65s captain Sally Tippen in defence, Nicholson controlling the midfield and Laurel Tully marshalling the forward helped see the game out.

South III were unable to stop Newmarket II’s title charge as they lost 3-1 in 4NW (S).

Phoebe Morgan was on target for South and Hannah Muncey was player of the match in defence, but Newmarket earned the win they needed to be crowned champions.