Newnham College have ended a wait of 36 years to reclaim the Headship of the Lent Bumps.

They started last week in third place, with Jesus at the top of Women’s Division One followed by Downing, but made progress on the first day, bumping Downham to go second.

On day two, their upward trajectory continued as they moved up to head of the river by bumping Jesus – and they rowed over the final two days to earn victory. It is only the fourth Headship for Newnham, the last being in 1983.

Caius ended the two-year reign of Lady Margaret at the top of the Men’s Division One.

They delivered the all-important move on day one to bump Lady Margaret, and rowed over for the remaining three days to take the Headship. 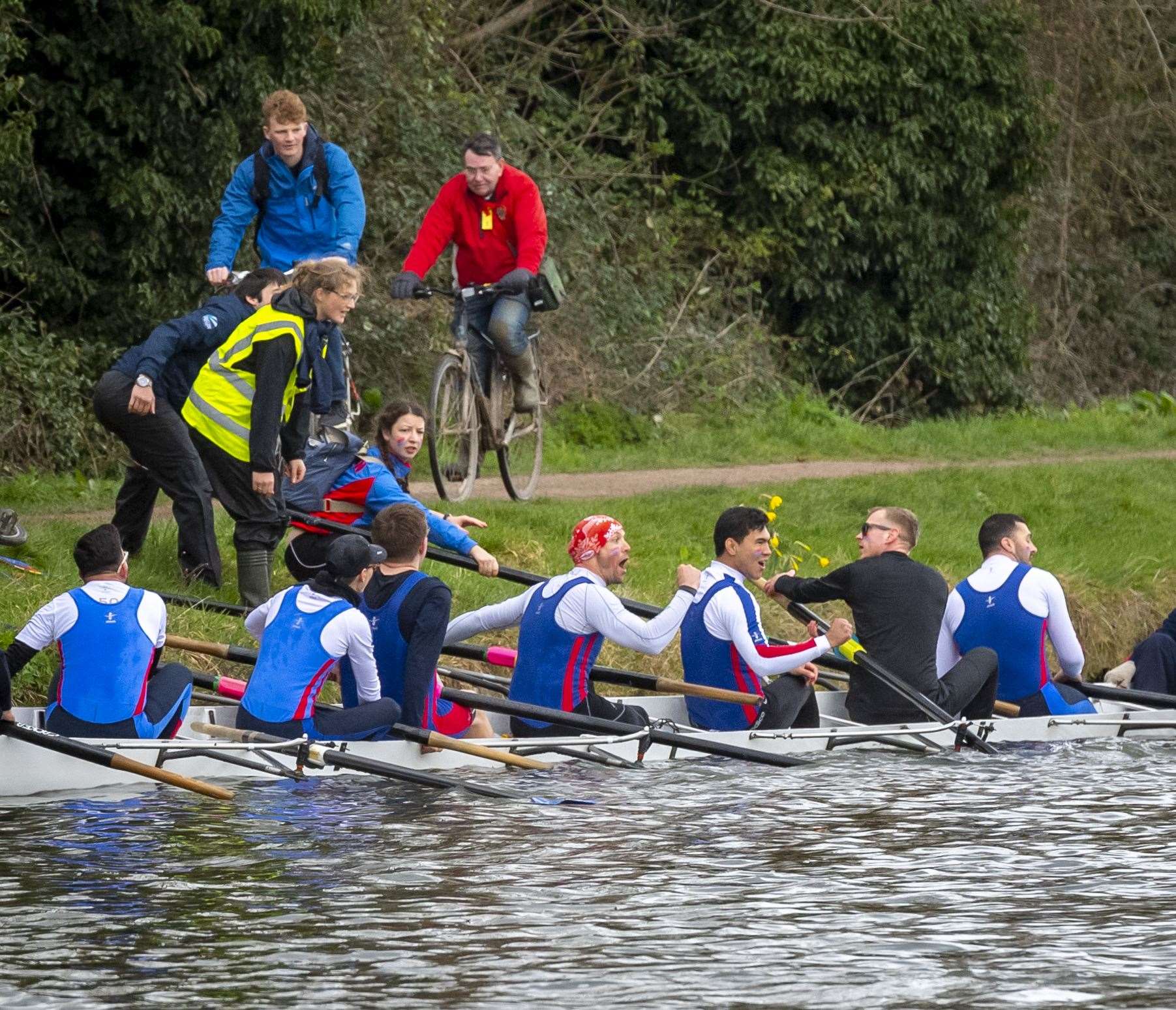 The only other change in the men’s top five was Robinson rising up from seventh to bump Jesus on the final day to go fifth.

It was a similar story in the women’s top five, although Lady Margaret made a bigger move, dropping a place to 10th on the first day, two double bumps in a row, and a final day bump saw them finish in fifth.

Fitzwilliam joined Division One and ended up in 15th, and that was at the expense of Lucy Cavendish, who dropped to fourth in Division Two.