The work is inspired by her own experience of chronic migraine, which changed her life two years ago after one terrifying episode left her bed bound for three months.

Abi, 31, from Cambridge, had been working as a teaching assistant after finishing a degree in illustration but her migraines, which she had suffered with since childhood, had become gradually worse.

Growing up with both parents enduring migraines, Abi was aware of their viciousness, however, her own experience with them did not reach boiling point until 2018, while she was working in a special needs school.

“My migraine attacks gradually became more frequent when I was in my 20s, interfering with my ability to hold down a job and work on my illustration aspirations,” she said.

“One spring day, I experienced a sudden and severe migraine attack which blew all my previous experiences out of the water.

“It remains one of the scariest experiences I've had: unbearable sound sensitivity, light sensitivity, not being able to think clearly and unable to answer questions from concerned colleagues who wanted to help.

“I was so distressed I ended up banging my head on the table in front of me to distract myself from the pain. It was the start of a months-long period where I was mostly bedridden with migraine attacks and daily debilitating symptoms.” 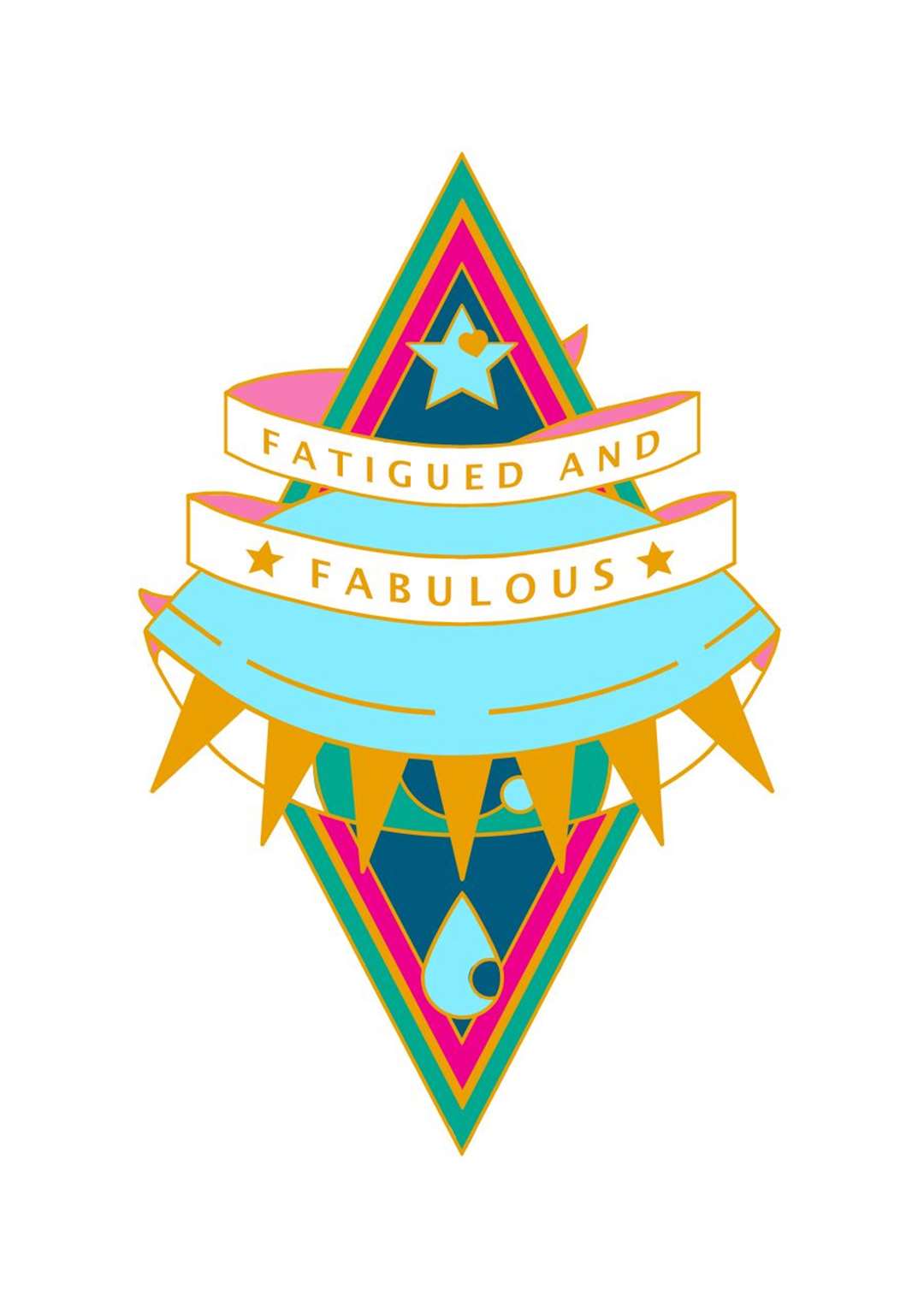 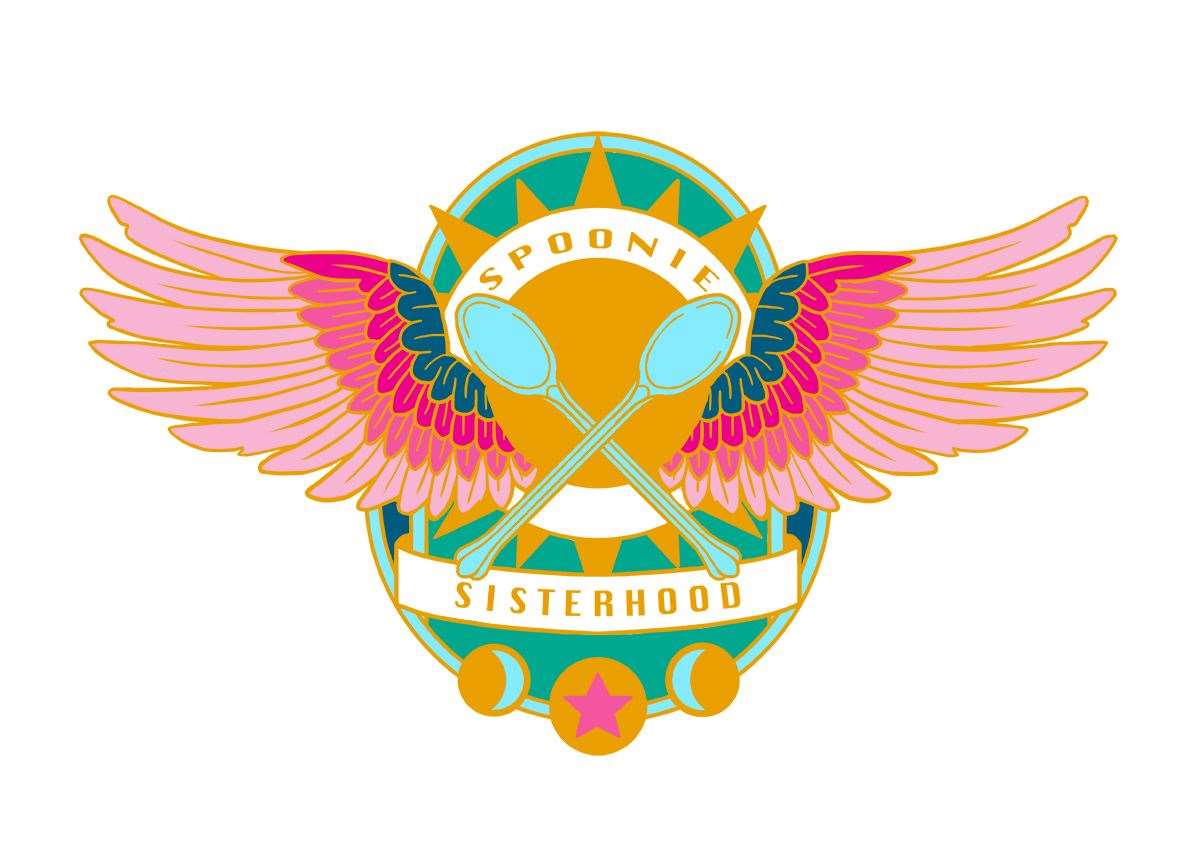 After several attempts, to return to her work at the school Abi had to admit defeat.

She said: “Every day when I woke up I would already have a headache and feel really tired and have brain fog it was just a question of when in the day I would have to go back to bed and that was obviously really difficult to deal with.

“Eventually I was signed off for several months and over the course of six months I tried a phased return to work but every time I increased my hours my migraines would get worse again.

“I couldn't carry on like that. I was barely functioning at work and completely incapacitated the rest of the time I have to make the difficult decision to leave my job and I thought I would turn it into an opportunity to pursue the illustration I have always wanted to do and work for myself and since I have been working at home I have managed to adjust my working routines so it suits what im capable of doing and my life is more manageable. It has completely changed my life really.”

Previously, Abi’s artwork was rarely inspired by personal experiences, but her worsening migraines encouraged her to explore the symptoms in her work.

This began with a series on the classic symptoms of migraines, including light and sound sensitivity, chronic pain, and fatigue.

She found immense support online from other chronically ill people, who referred to themselves as the ‘spoonie community.’ Spoonie is a term established by the chronically ill to explain what it’s like when they run out of energy for the day. Spoon theory explores how every activity takes a single spoon and, for the chronically ill, those spoons can run out far too quickly to be able to effectively function on any given day.

After speaking with them and her sister Hannah, who is also chronically ill, she decided to use her artistic skills to help others feel heard.

Inspired by her own experiences of chronic migraines, she launched the first collection in 2019 with “Chronic Warrior” and “Migraine Warrior” pins, now Abi has launched a Kickstarter campaign to expand the range.

She said: “It was a cathartic and healing experience and I have found a new purpose in creating art that can help spoonies from all walks of life feel connected and inspired.

“The pins advocate for chronic illness by increasing the visibility of these issues and visually describing them to able-bodied people.”

People who have previously used the pins say that they have helped them start conversations around chronic illness and, one reviewer, uses her “Migraine Warrior” pin to help medical professionals understand her condition when she is experiencing stroke-like symptoms.

The pins will help raise awareness and enable open dialogue about the experiences of long-term illness for the 15 million people in the UK who live with one.

Abi said: “This project has always been about support and love for my sister, who helped me through my own struggles with chronic migraine while dealing with her own life-altering chronic illnesses.

“Seeing how she has taken the most difficult experiences in her life and used them as fuel to help others has inspired me to do the same and use my artwork for something meaningful.”

This year, she is expanding the series to cover a larger range of chronic health issues to spread the message of strength and support to as many people as possible.

“The first design, “Spoonie Sisterhood”, was inspired by the bond I have with my own sister, who is also a spoonie, as well as the many supportive and encouraging spoonie women who have helped me feel less alone.

“I've also included other new designs for those dealing with autoimmune disorders, chronic fatigue, and fibromyalgia.

“Over time I plan to continue expanding my range of pins to include as many people as possible, including mental health, ADHD, autism, and physical disabilities.”

To support the campaign visit: kickstarter.com/projects/abistevens/spoonie-pins