The Prime Minister’s plane has left its hangar at Marshall in Cambridge, sporting its £900,000 paint job.

Airliner Videos was on hand to capture the first footage of the moment the RAF Voyager - an Airbus A330 ZZ336 - took to the skies from Cambridge Airport.

The plane has been transformed from dull grey into a patriotic red, white and blue, with a Union flag emblazoned on the tail - and suggestions that it was upside down, or the wrong way around, were wide of the mark.

The work was carried out by Marshall Aerospace and Defence Group, which has an enormous aircraft paint shop in Cambridge. It spent £130,000 on the facility last year to make it more environmentally friendly.

The company was tight-lipped about progress on the government contract last week, confirming only that the plane - which is used by PM Boris Johnson and the royal family - was on site for scheduled work.

Labour city councillors, however, were more vociferous on the issue, slamming the spending by No 10 at a time when the public purse and the wider economy is so stretched. 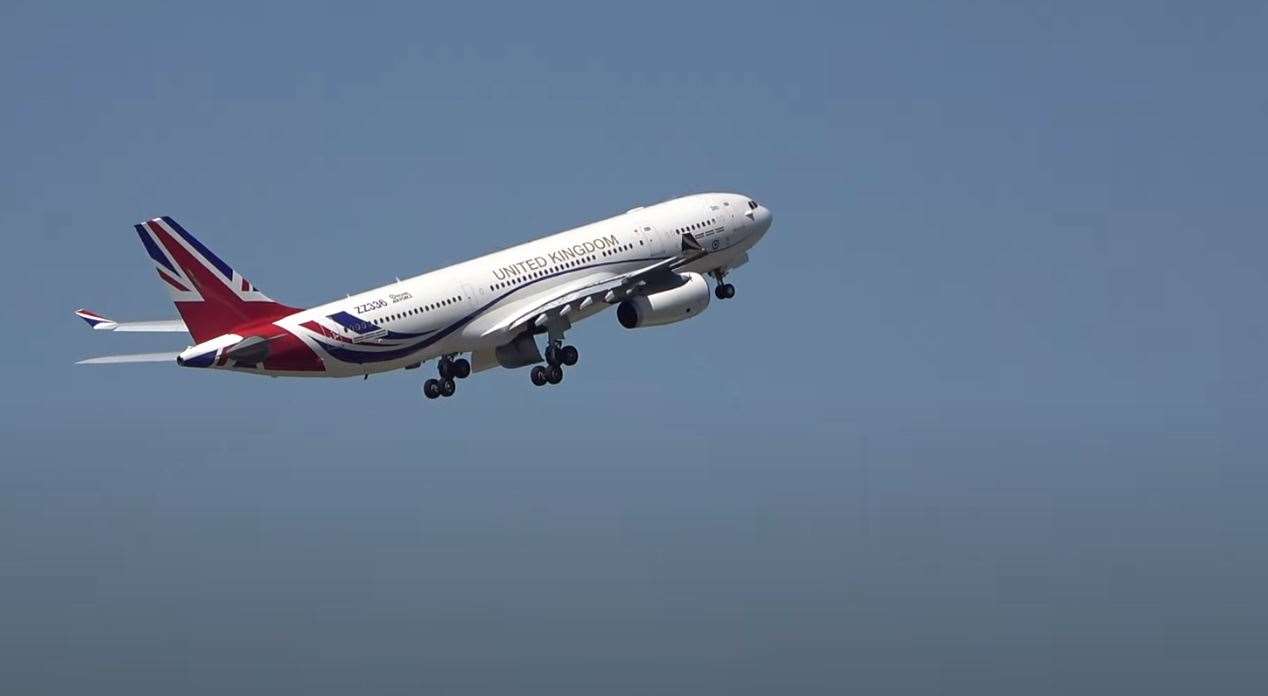 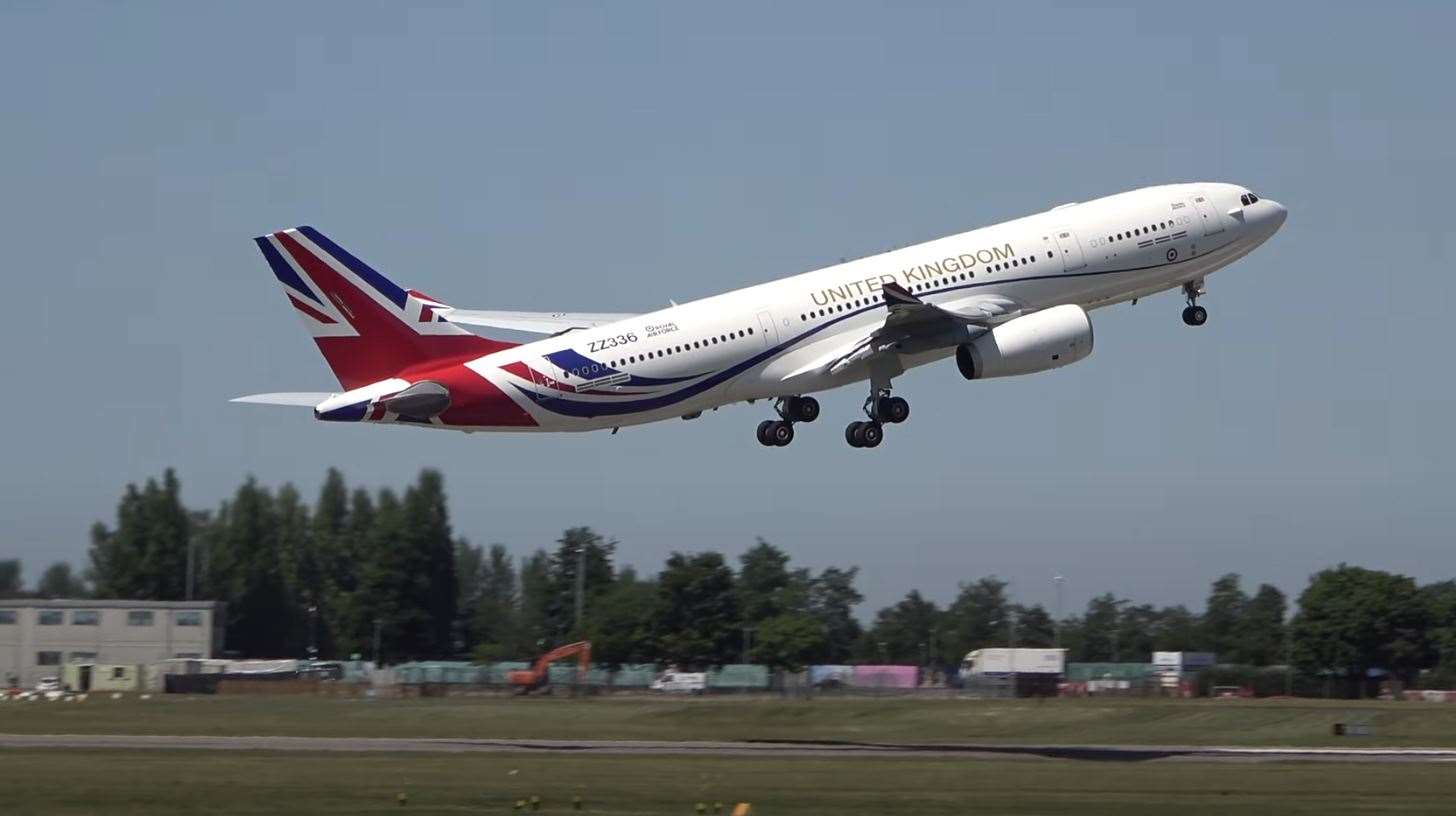 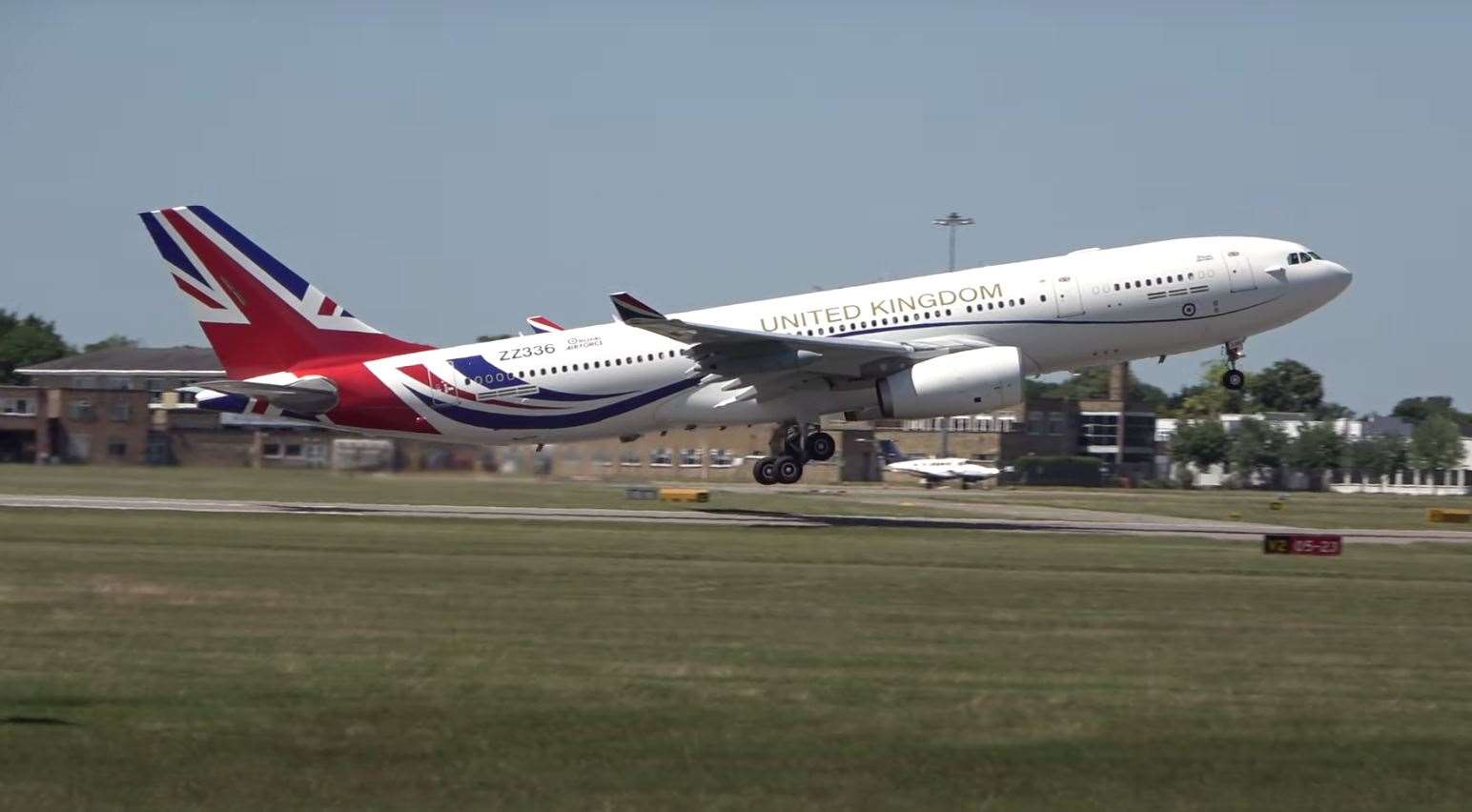 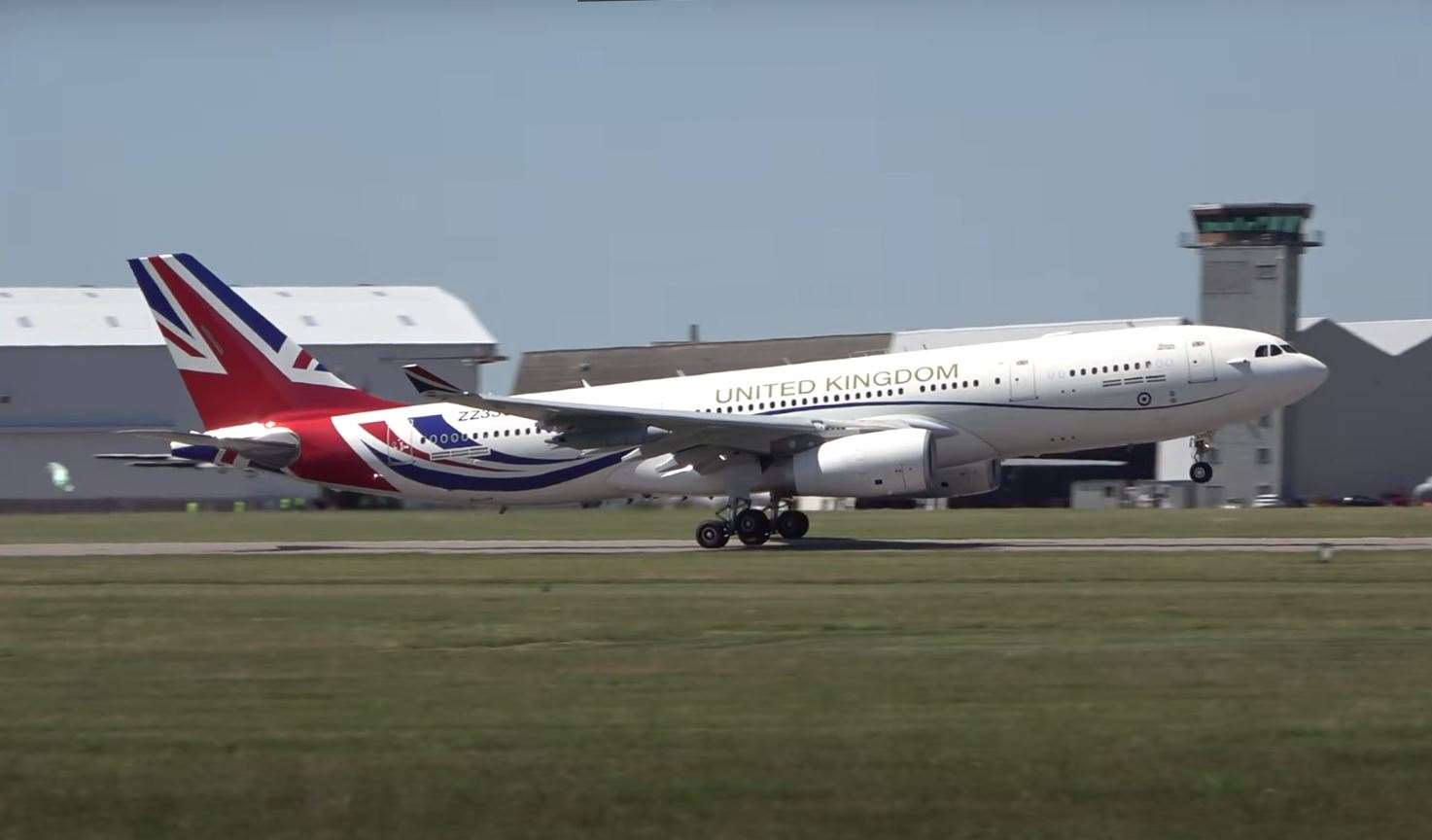 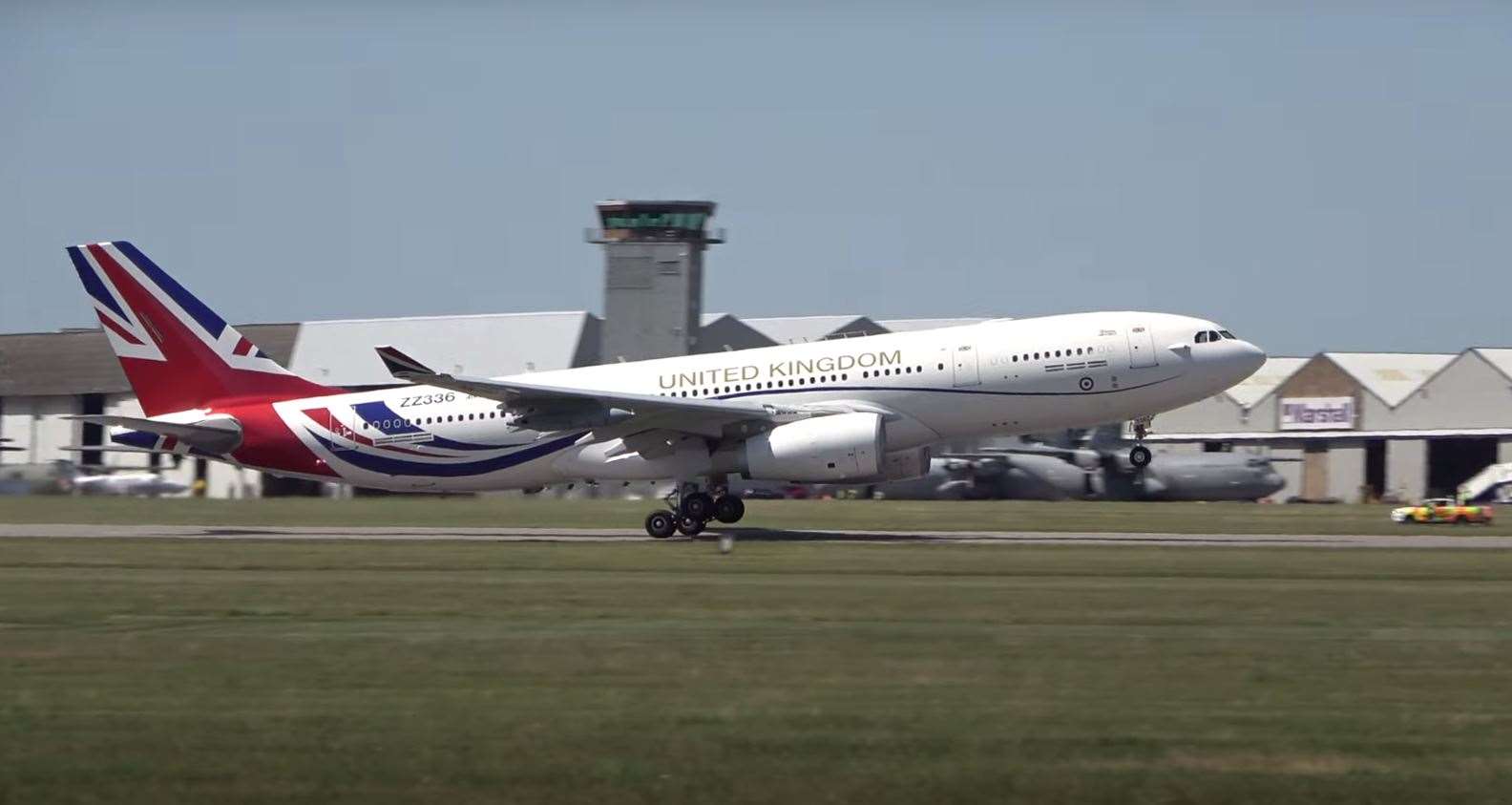 They said the cost of the respray would have paid for a meal a day for a whole year for almost 500 families in food poverty, or for five months’ accommodation for 120 rough sleepers brought in during the Covid-19 pandemic. Or it could have paid for:

City council leader Cllr Lewis Herbert said: “When the government refuses to reimburse local councils for the additional spending we have had to make as a result of Covid-19, it’s an absolute outrage to hear of the Prime Minister’s plans to commission the repainting of a plane that he can’t actually use at the moment. We’re having to rethink budgets while Boris Johnson is wasting public money.

“While we appreciate the benefit locally of a project that helps keep local people in work, we challenge the fact that the government is spending £900,000 on the Prime Minister’s plane at a time when he refuses to reimburse local councils for the extra millions we are spending as a result of the epidemic – at the government’s instruction.

“Why should councils across Britain, like Cambridge, be forced by the Prime Minister to cut millions from our other budgets during a national crisis while he is squandering public money changing the colours of a plane he can’t even use currently.”

Sky News showing footage of the PM’s Voyager taking off for the first time after its £900k paint job pic.twitter.com/BVnOCjMJYH

Cllr Anna Smith, deputy leader and executive councillor for communities, added: “Over this crisis, so many people are struggling. They are out of work or fearful for their jobs, and often worried about where their next meal is coming from.

“Our city has worked incredibly hard to provide hundreds of meals for those in food poverty. The city council, local charities, volunteers, local businesses and mutual aid groups have come together to ensure that no-one goes hungry. Everyone has dug deep, and every penny counts. To hear that the government is spending 900,000 to repaint a plane is a kick in the teeth to everyone who is struggling, and to everyone who is doing their best to help.

“£900,000 would pay for a meal every day of the year for almost 500 families in need in this city. I want Boris Johnson to tell those families why he thinks it's better to repaint a plane than to ensure they can eat.”

No 10 has indicated that national branding will make the plane better suited for trade visits and that planes require regular repainting.

Why the Union flag on the Prime Minister’s Voyager plane isn’t wrong, backwards or upside down

Marshall invests £130,000 to cut carbon footprint of its aircraft paint shop by 40 per cent