The NHS Fair Pay marches across the UK saw thousands of people take to the streets to campaign for improved wages, with poignant scenes in Cambridge as flowers were laid for the 540 NHS staff who have died during the pandemic so far.

The protesters gathered on Parker’s Piece before walking to Great St Mary’s Church for the ceremony, which included speakers insisting that doctors, nurses, paramedics, domestics and health care assistants should receive a 15 per cent pay rise.

Officially titled ‘NHS workers say no to public sector pay inequality’, the Cambridge event was organised by local nurses Jade West, Rhea Solstice and Sharon Atkin. The group was founded “in response to the government’s refusal thus far to award nurses a pay increase, despite the massive effort they have put into tackling Covid-19”.

Jade said: “It was a really good occasion, we were all really nervous to start with but people started flooding in, we had speakers from the crowd as well as the planned speakers, a drive-by from the fire brigade, people wore blue, people brought flowers... It was a lovely peaceful protest.”

Daniel Zeichner, MP for Cambridge, also gave his support to the campaign.

“This pandemic has shown us who the key workers and front line staff really are,” he said. “And so many of them work in our NHS. Doctors, nurses, health care assistants, paramedics, porters, cleaners. We say thank you from the bottom of our hearts. And we say you deserve a much-needed and well-earned pay rise.

“This crisis has again shown again how vital it is we maintain our free at the point of use health system and it is my priority to see that it is properly funded and given the resources it needs for a long term future. A decade of cuts pushed hard-working healthcare staff to the brink even before coronavirus.

“And I will never let Boris Johnson and Dominic Cummings sell our NHS to Trump. Never can our NHS be on the table in a scramble for a trade agreement with is the US. We will defend the service we love!”Pete Monaghan, co-chair of Cambridge & District Trades Council, said: “We know that all the unions representing nurses and other NHS are calling on the government for a pay rise after the fantastic work they have all done to keep us safe. 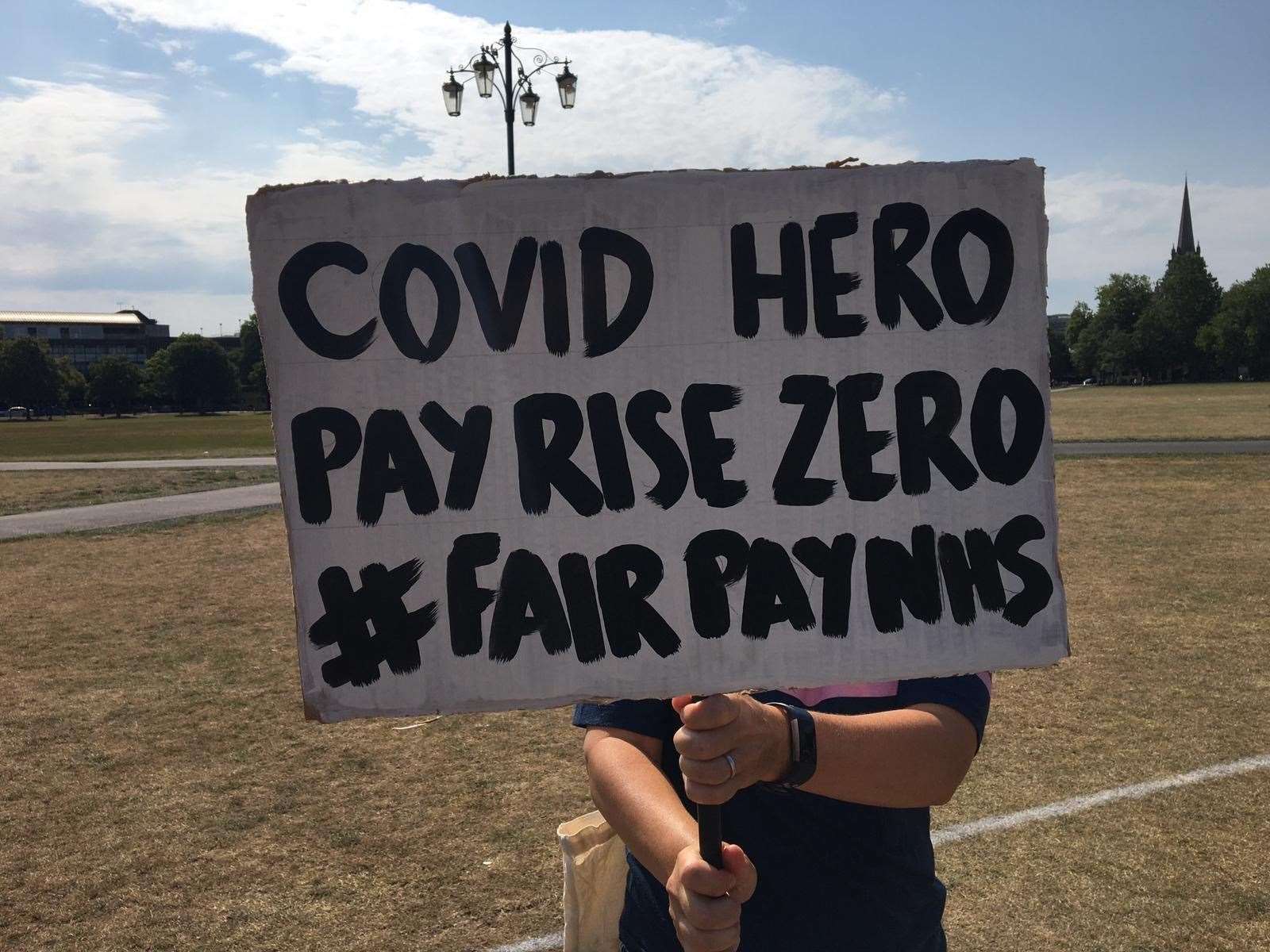 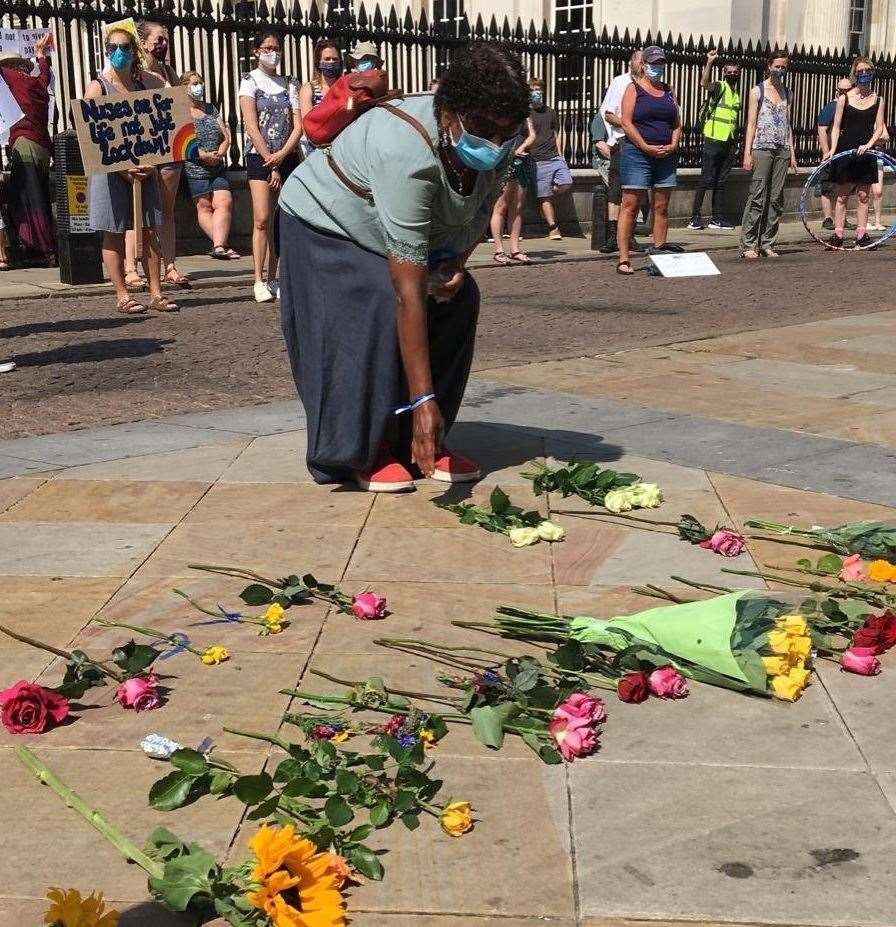 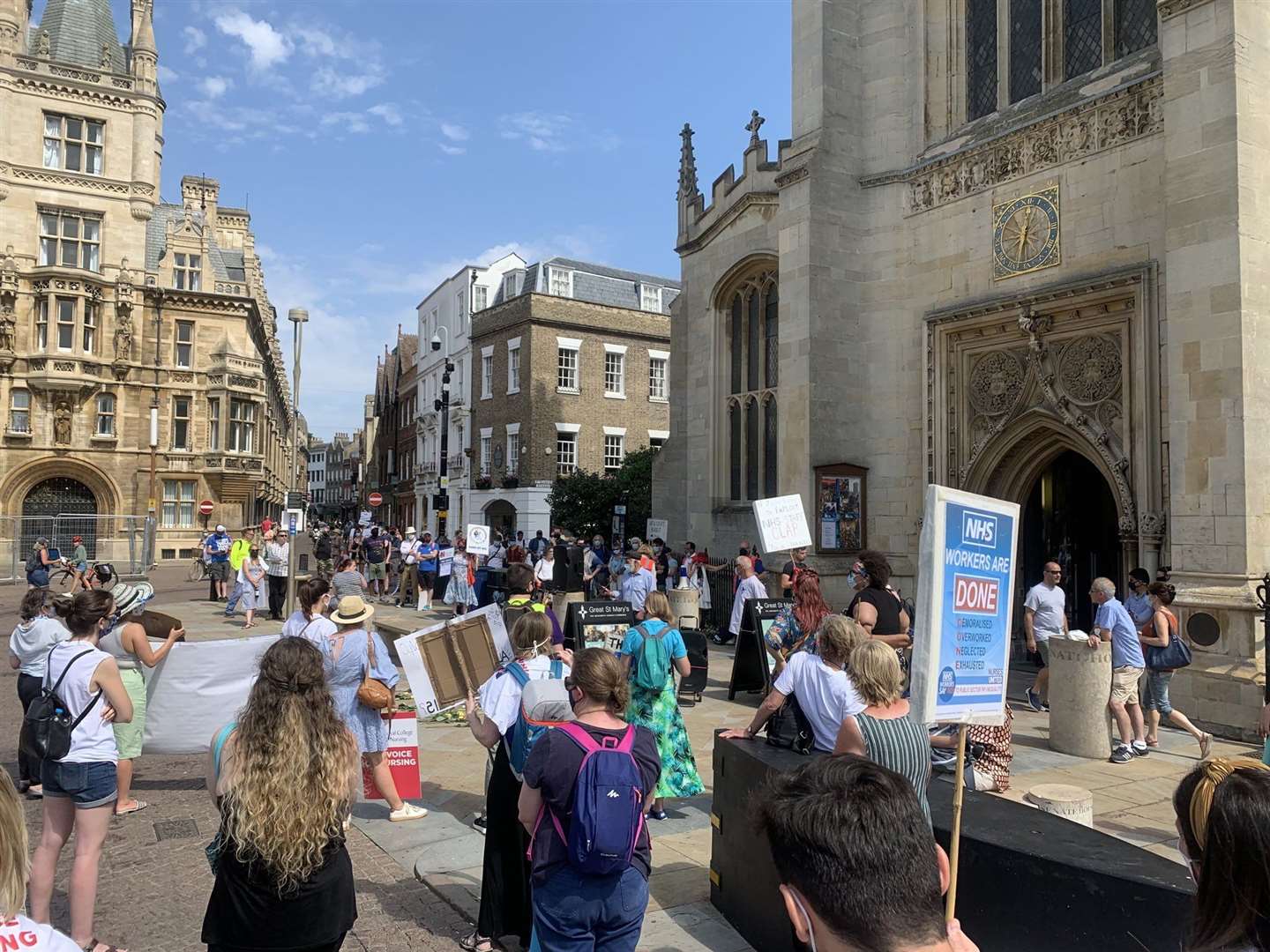 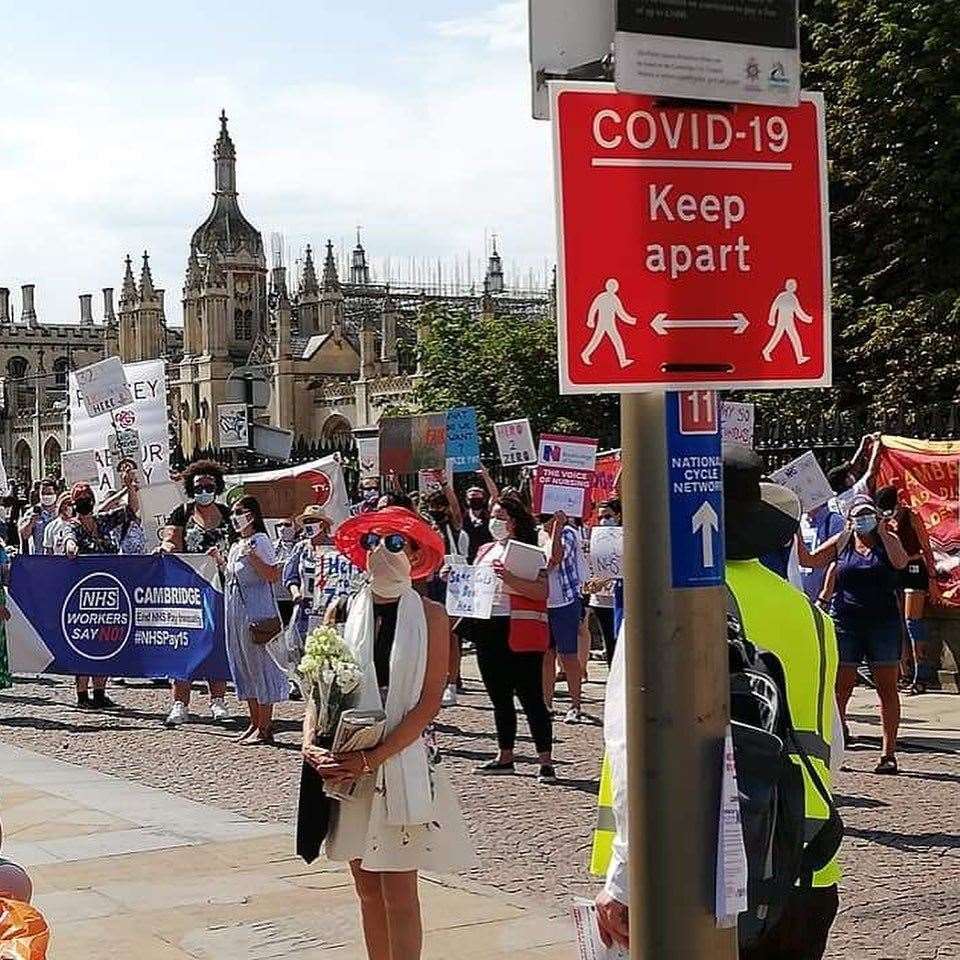 “Nurses, cleaners, porters, caterers, clerical staff and many others have seen over a decade of pay freezes in what amounts to a pay cut.

“We support any campaign which puts pressure on the government to give our NHS staff the pay increase they have earned. It isn’t enough simply clapping this needs to be followed by action, it’s simply shameful that nurses and others feel they have to take to the streets to be heard. Trade Unions in the NHS are essential to ensure staff have decent working conditions, get the pay increase they deserve and help fill the 100,000 vacancies taking pressure off existing staff.”

The 200 people gathered in front of Great St Mary’s Church also heard from Keep Our NHS Public and Cllr Alex Collis on behalf of Cambridge City Council put the case for ending what has turned into a decade-long pay freeze.

Ness, a nursing lecturer from North Essex, said: “We are hearing stories from members about having to use food banks and payday loans - this is utterly disgusting and unacceptable. We have worked tirelessly in our roles, not just through Covid-19 but for the last decade, and yet again we have been treated with utter contempt by the government.”

Anthony Johnson, Nurse and Lead Organiser for Nurses United said: “We all know who we relied upon and needed in this crisis. The problem is that this Government doesn’t. Our NHS colleagues are being driven into taking action to defend themselves and the safety of us so that when you press that buzzer there will be a nurse at the end of it.”

Further action is planned, including a badge protest on August 19 - ‘NHS workers say No!’ - and a Work Demo Day on August 26.

Coronavirus: How Addenbrooke’s Hospital in Cambridge is battling back from Covid-19 - and preparing for a second wave